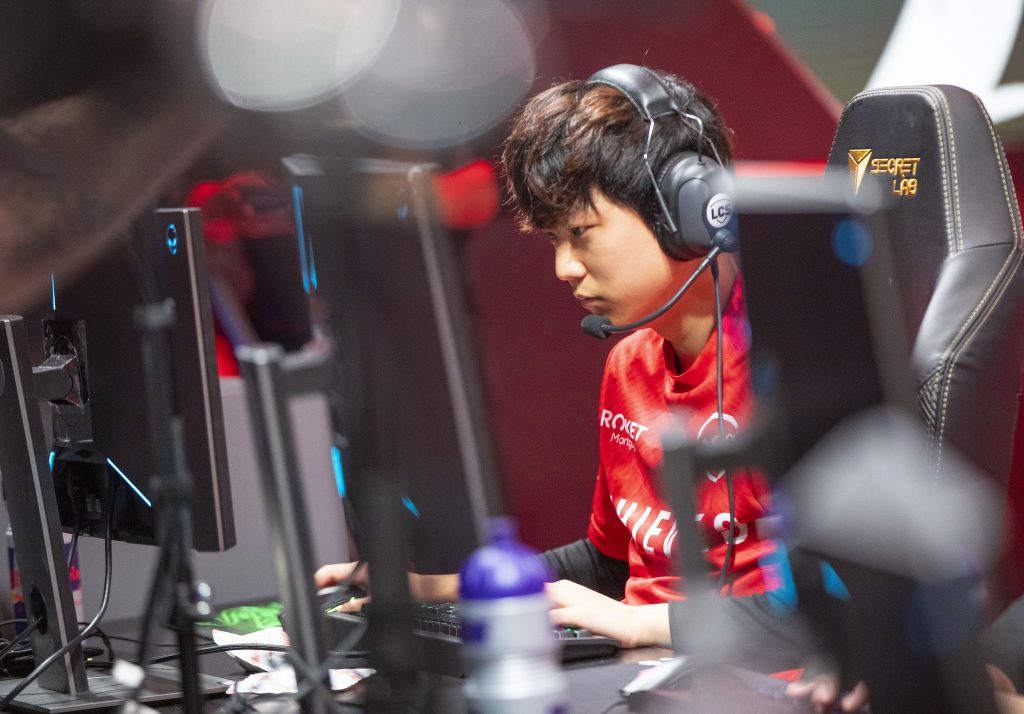 100T Ssumday on Reapered’s Draft Controlling Style: “It’s kind of different because you get a different POV when someone else is looking from outside the game[…] I don’t think Reapered controls everything, but he’s controlling generally”

Izento 2021-06-08 11:13:32
100 Thieves are coming out strong with a 2-1 weekend. The theme for 100 Thieves was putting their new mid laner Abbedagge on Karma mid lane for all 3 games, something which was initially criticized by the community, but later turned out to be a great pick. This also allowed for 100T to play more aggressive picks in the top lane, such as Ssumday's first game of Gwen on stage. Esports Heaven spoke with Ssumday to talk about his game on Gwen against Dignitas, facing against FakeGod, and Reapered's drafting style.

You got to play your first game of Gwen. Were you surprised you got the champion at all?

Yeah, because I think she’s kind of OP, and even worse, I was surprised they were picking jungle Darius and flexing top and jungle. I was happy to play Gwen.

Gwen is kind of hard to one-shot and extending the fight is good with this champion, and Riftmaker kind of fits with that. Other champions like Akali or Rumble this item is good on as well, but there are items like Nightharvest, so both can be good. Gwen already has lifesteal in her kit, so you can split push more, take jungle camps, and I think it’s just good for Gwen.

Let’s talk about you facing off against FakeGod, your student. What was the one thing you tried to teach him that you thought was the most important thing?

Honestly, I didn’t really teach him, but we were seeing each other inside scrims and then we tried to learn from each other. I’m not really sure what he learned from me but I was learning a lot of 1v1 matchups from him.

Some fans and analysts have been saying that YOU should be the carry for 100 Thieves. How comfortable are you trying to carry for your team this season? Your team has drafted Karma three times this weekend for mid lane, so it’s kind of like you need to carry! So, do you think this meta will help you carry the team?

Not a lot of players can do that! So, let’s talk about your new coach Reapered. His style, at least from the community and my perspective is, he’s known to be very controlling in the draft. You even played Wukong yesterday, which you’ve only had 3 games in your entire career on. So, what are your thoughts on a coach that takes more control of the draft rather than allowing the players to pick the champions themselves?

Sometimes it’s kind of different because you get a different POV when someone else is looking from outside the game. You get a different value about various champions, so maybe coaches can know more than the player, and sometimes a player knows more than coaches. I don’t think Reapered controls everything, but he's controlling generally. Izento has been a writer for the LoL scene since Season 7, and has been playing the game since Season 1. Follow him on Twitter at @ggIzento for more League content. Photo courtest of Colin Young-Wolff/Riot Games For more LoL content, check out our LoL section