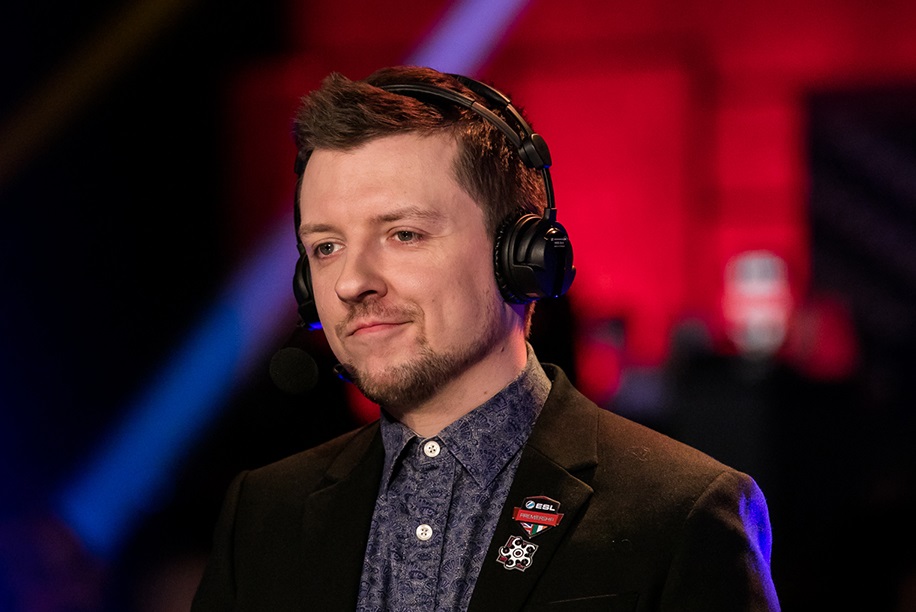 Oddball 2021-05-05 08:53:31
The competitive Rainbow Six Siege scene has continued to trudge on despite the lockdown's setbacks. Derry "Dezachu" Holt—a caster for League of Legends, Overwatch, and Rainbow Six Siege—was nice enough to have a chat with us on how Siege can grow as a game, his perspective on the esports industry, and his plans for Siege moving forward. Thanks for taking the time to talk with us Dezachu. How did you get into casting; and specifically, Rainbow Six Siege? Thanks for having me! Honestly? By being an argumentative d*ck in a Facebook group. I’m not kidding. Back when I was studying Games Programming, I played in a League of Legends university league. I really appreciated the work the volunteers were doing to support a tournament like that for terrible players like myself and became the “vigilante” (the founder’s choice of language, not mine) of the group when unappreciative players would put them on blast. They opened casting applications at some stage, I applied, and that history meant they knew who I was - off I went on a 3.5 year career casting League of Legends. 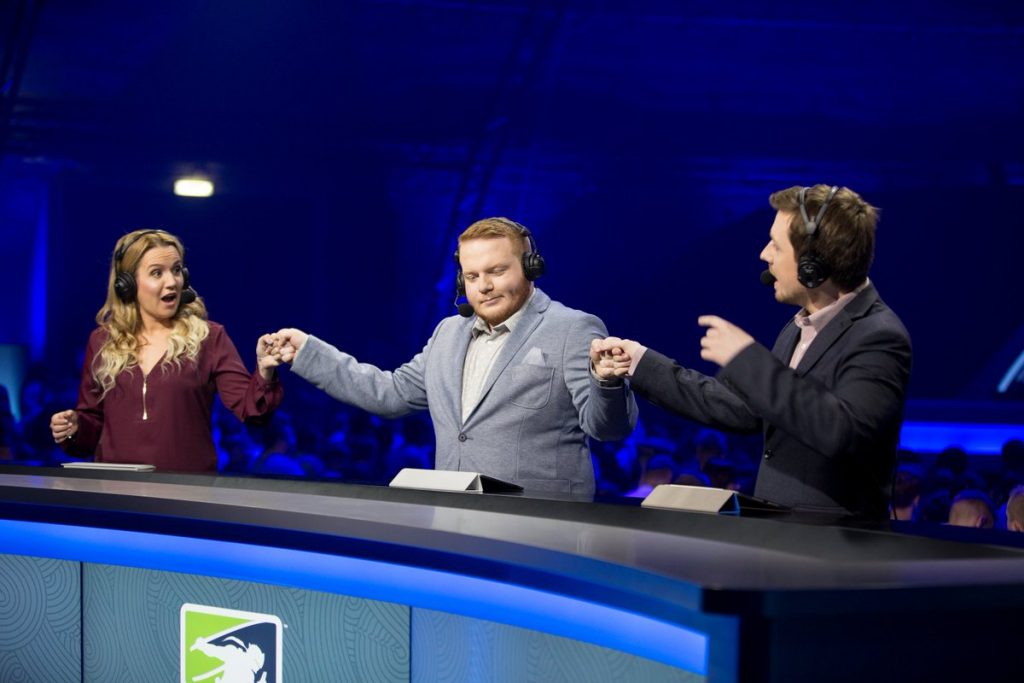 For Siege specifically, I left Overwatch at the end of 2018 as I wasn’t too keen on spending half of each year in Kiev, Ukraine (as much as I loved the city). Siege commentary was very light on the ground at the time and I believed that with the right work ethic and networking, I could bubble up to the top. Through a mixture of Discord messages, Twitter DMs and well-timed emails, I picked up 3 gigs at the start of 2019 and have gone on to do stuff like Six Invitational 2020, OGA PIT, Dreamhack Valencia etc. You have a pretty unique background as a caster, not being a journalist or former-player, but a former game developer. Do you think your previous experience has any experience on your commentating? If so, how? Not really impacted my casting, but my view of a competitive game, definitely. Once you’ve worked on a game, you come to appreciate the nuance of development. One small, harmless change can have a catastrophic effect elsewhere in the code and that’s what we’ve all come to know (and love) as bugs. You also understand why decisions are made with data, even if sometimes the data isn’t the right stuff to be looking at. On cast it does mean that I came in with a base understanding of the effects of ping, how corner peeking works, how odd interactions may have come to be etc, but nothing that represents itself regularly. You’ve been someone to express concerns about the culture of the esports industry. Having spent a good amount of time in a very related space like game development, how does it compare? What do you think esports can learn from the games industry? I’ve felt at odds with esports culture multiple times to be honest. Outside of the industry, I run a software company that whilst youthful, has a much more “professional” and mature culture. My work in the games industry wasn’t miles apart from it. Contrast that to esports where extremes blend and blur into a scene that struggles to find an identity. Social media often serves as the catalyst for negative behaviour but the volatility of a relatively “new” industry mixed with a young, passionate audience is a recipe for chaos at times. It feels like you’re watching reality TV at times with the drama that flashes across Twitter. Whilst sometimes I enjoy embracing that culture and feeling “immature” for a time (given my work outside of the industry), sometimes it’s not good for your mental health to be involved in playground politics and bearing constant witness to the global stage esports is on. Again, I think social media is a massive catalyst for the issues we see, but it can also be an amazing tool for promoting acceptance and tolerance of differing views. Esports is just wild. And that’s what makes it so fascinating. Related: Interview with G2 Rainbow Six Siege streamer Ryleigh "RyyFyy" Fullerton Who are some of your favorite people to cast with? What’s unique about them specifically? This is like picking your favourite child. (I don’t have children, but that’s beside the point.) I really enjoy casting with a mix of people for different reasons. AceOfPyrite is my partner in crime from the UK. Our casts are very energetic and genuine. I compare it to sitting in a pub and watching a game of football or a boxing match together - we want the audience to feel engaged and like they’re the third person in the room, enjoying what we’re watching every step of the way with us. He also has a Mancunian accent which is just hilarious every time he says a word with the “ay” sound in it. “Leyser Geytes” is a community meme at this point. https://youtu.be/oLozij6SW6c?t=560 Jess is another hot favourite. She’s the brains to my severe lack of braun and together, I feel we put on a really entertaining, insightful show. As she’s from Australia, I feel like she’s my window into another part of life that I’ve never experienced - one full of spiders and strange words we’re just not used to in the UK. It’s much the same in Siege as her history as a coach really levels up the show. 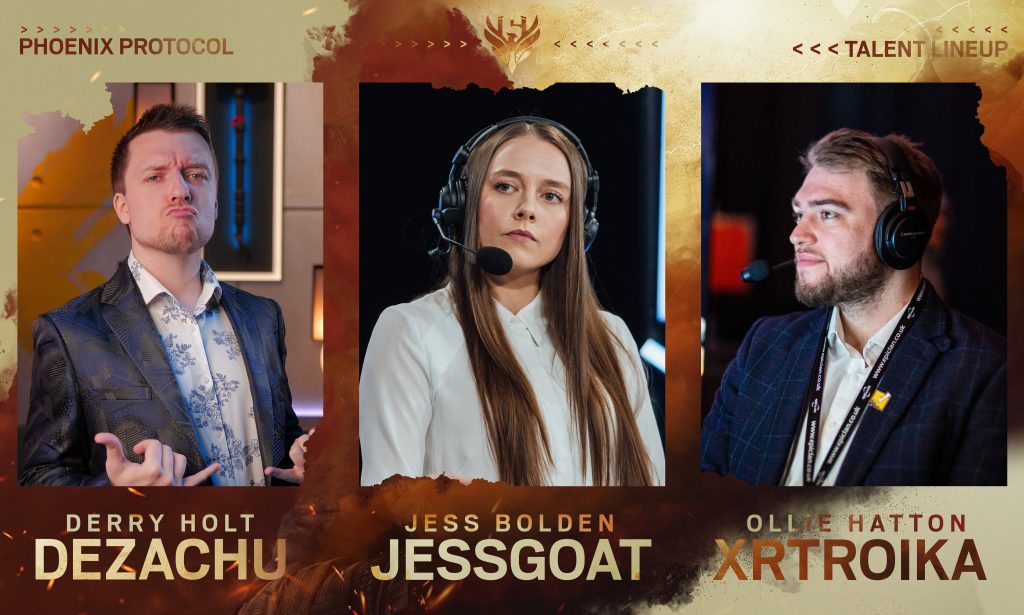 You’ve had the privilege of casting several games. What do you think makes Siege unique in the world of esports as a spectating experience? That it’s really bloody hard to watch ;-) I think Siege is unique in that it blends multiple genres & styles together that no other game does. Genre wise, It’s a mix of: With elements of tactical realism thrown in. Add in the game’s destruction engine and you’ve got a unique mix that no other game can offer. On the esports front, I’ve never seen a game with this level of depth. Whilst the game can be hard to understand and unravel, I don’t think there’s a game quite like it when it comes to potential skill ceiling for a team.

One issue with Siege is the steep learning curve. What efforts do you think need to be made to make Siege more accessible? You’ve done shows and podcasts with Geo on this subject, but what else can be done in your opinion? God, I could talk about this for days. I’ll focus more specifically on new players rather than being esports accessible. A real tutorial system. The game is far too complex to be learned to a high level by “just playing” - the advice I was given when I started. This is why there’s such a disconnect between the casual playerbase and the competitive playerbase. In my opinion this is the single biggest issue with Siege right now, not just for new players but also for those looking to level up their game. A (fully functional) replay system. The one we have is a start, but I recall things in the early seasons of League of Legends that really helped me see what “good” looked like. Those “things” included being able to spectate a list of live ranked games from top players (those in Challenger). Running into a firefight early on and staying dead for 3-4m presents very few opportunities to get better at shooting in Siege. Terrorist Hunt is okay but doesn’t simulate real gameplay (the terrorists don’t move like real players). A more accessible mode for shooting practice would be great; the Sugar Fright event was great for this. A map/strategy tool. Callouts are constantly contested, even for the most common of ones in the game. There’s also zero guidance for new players on how to attack/defend a given site (see my earlier point about a tutorial). A solid resource (external or internal) for this would help massively. A practice tool. It feels like a meme since it’s been asked for so much, but something as basic as a shooting range where you can test different weapons would be a great start. 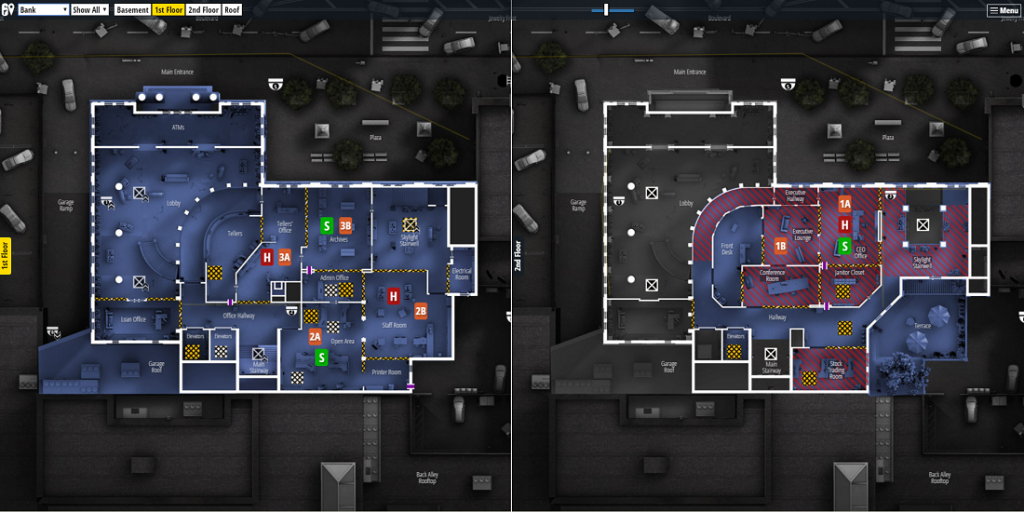 You’ve been marked by your versatility as a caster—capable of commentating shooters as well as MOBAs. What other type of games would you like to be involved with in the future? I wish I was around for Starcraft 2’s peak to be honest. Strategy is my home genre - it’s why I love MOBAs - but with strategy games being highly niche at the moment, I don’t think there are any other types of game out there that I’m dying to cast. Who knows, maybe something will capture my heart in the coming years. Because of the COVID restrictions, you were instrumental in creating the Six Memevitational. How did the event pan out compared to your expectations? Do you see it as a continual series, even as LAN tournaments start to scale up again?  Hahaha, Memevitational was glorious. It blew me away in terms of what we delivered. We thought it’d be a bit of fun one weekend and before you know it, there’re countless pro players involved, sponsors are wanting in, dozens of volunteers offered up their weekends, and players were waking up at 2-3am to play their games. Unbelievable. We’re definitely planning on doing it again next year. Hopefully that’ll be as a lead in to SI 2022 - more on that in the coming months. 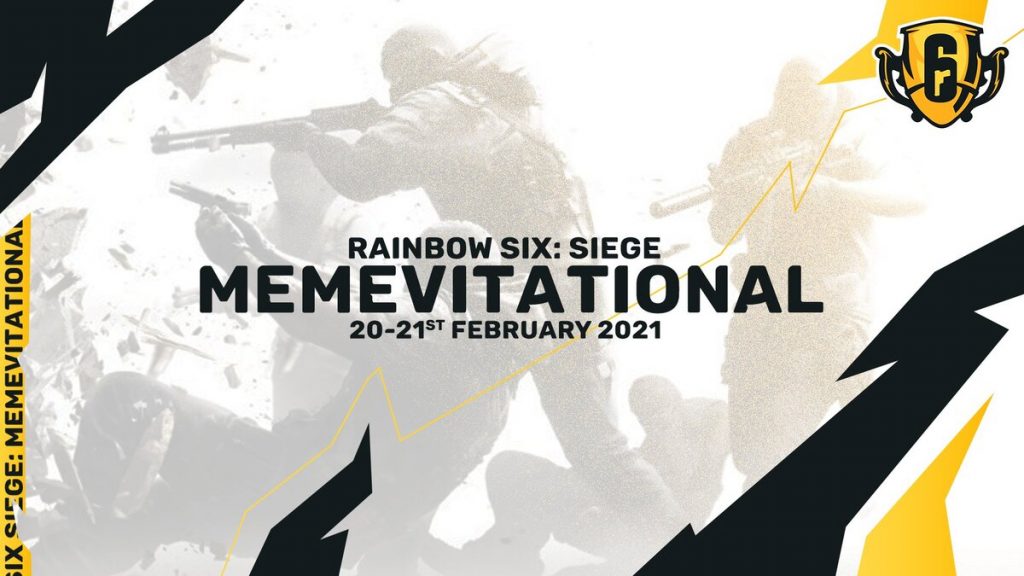 Thanks so much for the interview Dezachu—is there anything else you would like to say to our readers? If anyone’s sat through a few hundred words of my writing, I salute you. I appreciate all the love and support my colleagues and I get from the community. If we end up at a LAN, come say hello. Promise I don’t bite. Jess might though. If you enjoyed this interview, follow the author on Twitter at @OddballCreator.