Jonathan Yee 2019-04-30 04:19:49
Over the years, international competition has fostered a truly global scene, with players from almost all corners of the Earth participating at the highest level of League of Legends events. While the parity between the top regions and those below them is large, two scenes have recently made separate cases for being included among the major regions at MSI: namely the Turkish Champions League (TCL) and the Vietnam Championship Series (VCS).   Among the top minor region teams, the TCL from Turkey and VCS from Vietnam enjoy a fierce rivalry which is emulated among fans. The TCL has garnered attention for their Korean imports in the past, while the VCS made their mark on the global scene with the Gigabyte Marines in 2017. While head-to-head records at MSI and Worlds slightly favour the VCS, many fans and analysts have consistently rated their teams above those from the South East Asian country. As fate would have it, FB and PVB have been drafted into the same group for the MSI 2019 play-ins, and an explosive matchup awaits. Both teams’ histories will be introduced, followed by a short analysis of key matchups across the map.

A new flavour of a TCL classic: Nineteen Oh Seven 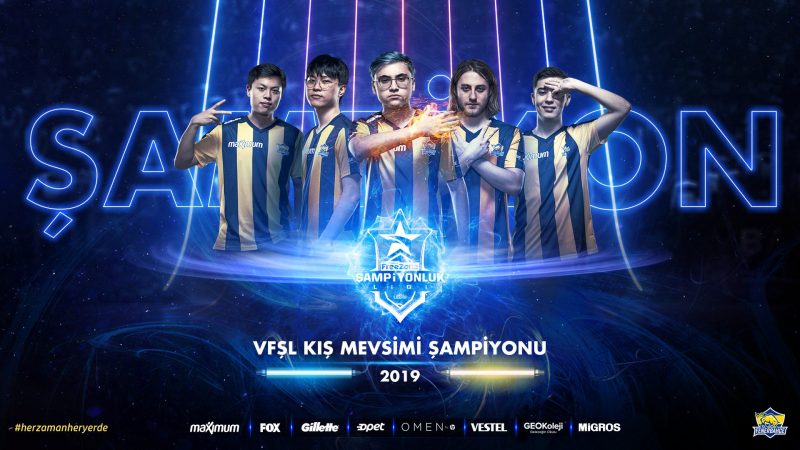 1907 Fenerbahce Esports avoided bringing in direct imports from the LCK for 2019, with imports mainly sourced from Europe - Ruin is Korean but has played in the EU circuit since his debut in SK Gaming with SuNo, attempting to re-qualify to the EU Challenger Series through the qualifiers. It was an ignominious end to the SK organization’s run in the EU circuit after their heyday in 2015, as they fell in the qualifiers. After a short sojourn with NERV, Ruin found himself on Giants Gaming, helping them to qualify for the EULCS at the end of 2017 along with the 4 players who went on to join Team Vitality and later qualify for Worlds: Gilius, Jiizuke, Attila, and Jactroll. Ruin stayed with Giants for 2018, however, and seemingly undeterred by having to play with a new set of players, stood out in the midst of a budgeted roster and gaining respect for his play.   In January, Ruin set off to Turkey as one of two imports: the other being Kirei, who is an alumni of too many teams to list. Among Kirei's highlights was playing at the International Wildcard Qualifier 2016 with Dark Passage from the TCL, after their original team of Xerxe and Caps were unable to play at the event they qualified for due to not being of age. He also played in the NALCS with Dignitas, where he found himself losing in Relegation. Since then he’s played in various EU Challenger and National League teams, while holding rank 1 in EU West solo queue for multiple seasons. Community consensus of Kirei may not have been positive before this year; despite securing rank 1 and 2 multiple times over the course of his career, he has not transitioned that success to the big stage. Until now, that is.   Five months ago, Kirei went to Korea to bootcamp and made a post on /r/leagueoflegends based on his reflections while playing solo queue there; titled ‘Showing in depth difference between EU/NA soloq compared to KR’, Kirei went into absurd detail about the way jungle works in these regions, and how laners are more knowledgeable about jungling in general. It seems that the things he learned Korean solo queue has helped Kirei significantly as he looks a different beast from previous seasons, allowing him to lead a fledgling team to the championship over more fancied lineups.   Exploiting the Korean-influenced slower-paced playstyles of Supermassive Esports and Royal Youth, FB quickly rolled over most teams in the TCL and ‘jungle difference’d their way to a 16-2 streak and 6-0 play-off run. It was only in the finals against SUP that FB were made to sweat, but it was Ruin who would save the day, cementing his status as a top laner to not be ignored. This new flavour of Fenerbahce provides some optimism from the writer, who’s confident that FB are unlikely to repeat past follies of teams like FB of 2017 and Supermassive of 2018, wherein they could have been accused of relying too heavily on Koreans and Zeitnot respectively. 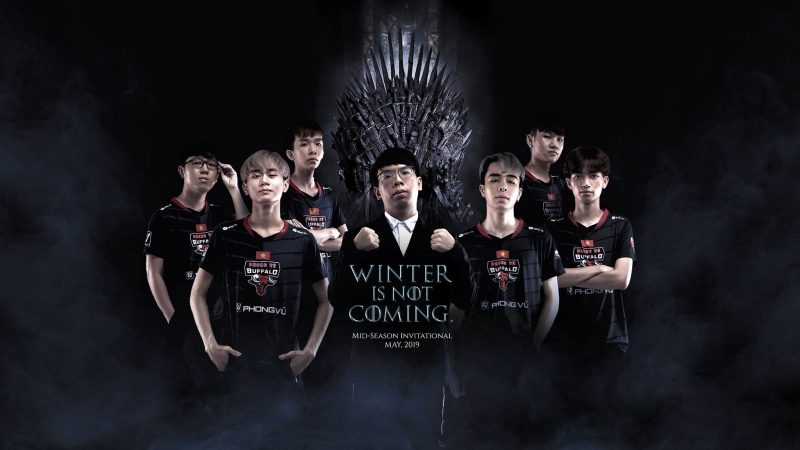 Most of the team of Phong Vu Buffalo got their start with Young Generation  - a ragtag group of boys who, as was revealed in a documentary, came mainly from broken homes and lived in abject poverty. While their origin stories may have been embellished a decent amount for the sake of telling a story, the manner with which Naul, Palette, BigKoro and Venus got their start was not atypical of most youths in Vietnam: playing in the internet cafes littered around the country.   Formed out of the ashes of 269 Gaming and Saigon Jokers’ post-2016 IWCQ collapse, YG were initially looking as though they’d live in the shadows of the more illustrious Gigabyte Marines, until GAM’s achievements at MSI afforded their region an additional slot at Worlds. The GPL Summer event thus featured both GAM and YG, who went on to take both slots, proving their domination as a region in the greater SEA area, and securing their formation as a region in their own right.   While YG managed to go toe-to-toe with Fnatic at Worlds, they were unlucky to face Team WE in the bracket stage of play-ins, unceremoniously going home 0-3 losers despite putting up a valiant effort. The team, while not lacking in talent, was raw and required a few additional pieces if they wished to find success.   After an anonymous Spring split in which YG took 4th place, top laner Ren and dubbed ‘big brother’ decided he would support the team full-time in a staff capacity, acting as their head coach. It was at this stage that the pieces finally began coming together, as Zeros, a standout on GAM found his way to the newly-christened Phong Vu Buffalo - the name ‘Buffalo’ a reference to an insult in Vietnamese referring to stubborn kids set in their ways. Along with him came a rookie named Meliodas - his name a reference to a character from The Seven Deadly Sins.   Here we have to segue into talking about the Vietnamese region as a whole, which heavily influences the way PVB play the game. Vietnamese solo queue has its own rules, which often bleed into the VCS and gives rise to its high-kill and fast game environment (VCS had the highest kills and lowest game times of all regions in 2019):     The term ‘young buffalo’ is not the most common refrain in solo queue for no reason. The global meta is all but ignored, and in many ways, the solo queue scene has given rise to the VCS teams’... fiesta-esque games. It has also birthed many a skilled player, however, and Phong Vu Buffalo is no exception - Zeros and Naul are considered the best in the league. Once the team regrouped this year, they carried on the domination from last year, marching their way to their second title while playing the sort of high-tempo League of Legends we’re slowly coming to expect from the VCS.

MSI 2017: Gigabyte Marines 3-1 Supermassive Esports MSI 2018: EVOS Esports 3-1 Supermassive Esports Rift Rivals 2018: TCL 3-1 VCS As fate would have it, FB and PVB have been drafted into the same group for the MSI 2019 play-ins, and while this will be their first-ever meeting, one can only lament the wasted potential for a best of 5 series between the two regions being replaced with two best of 1 games. Regardless, there is much hype surrounding the matchup, as the one who comes out on top will be the likeliest to exit the group. Coupled with the rivalry and past histories of both regions, the TCL team in particular will wish to put the matter of the better region to bed once and for all, while PVB will look to get out of GAM’s shadow and carve out their own legend as a team to be feared on the world stage.   While Zeros and Naul are largely considered the team’s biggest threats, a danger FB cannot overlook is the BigKoro-Palette factor.  They appear overshadowed by the team’s solo laners, but played a heavy part in their win over G2 at Worlds and have no problems playing mage champions or pulling out other unconventional picks. On the other hand, Hades is still in a developmental stage, having made his pro debut less than a year ago with Bursaspor - one may have to look out for his Yasuo, but his performances have been far less consistent.    FB’s best chances will come from abusing the Kirei vs. Meliodas ‘jungle difference’, while PVB need to make sure they do not get overzealous with their fights and play their advantages out cleanly, as Ruin’s predilection for scaling mages can heavily punish mistakes if the game reaches a late stage. Because VCS teams so rarely prefer scaling champions, however, the matchup top can be a tough one to call.   With so much regional pride at stake, as well as a 2nd seed at Worlds should one of them reach the group stage at MSI, nobody wants to go home second. Pictures credited to FB Esports, Phong Vu Buffalo Esports, and LoL Esports If you enjoyed this article, follow the author on Twitter at @amigrainelol.  You can head over to our League of Legends hub for more content.