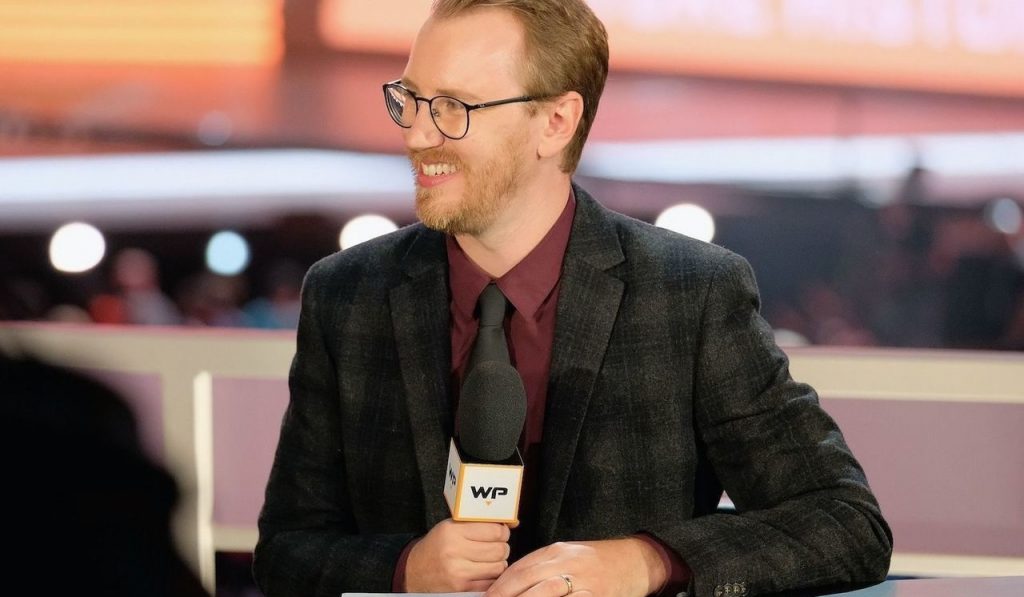 A Letter to Doa

but lately I've been thinking more and more about finding something long term. I told myself when I started that I'd cast professionally for 10 years and then figure out my next move. Keep going or make a change? 10 full years is next month. hmm — Erik DoA Lonnquist (@ggDoA) February 10, 2021

Hey Doa, First of all, I want to say I'm sorry for releasing this as late as I did. The inspiration for this idea came when I read this tweet. I was going to release it the same day as your ten year casting anniversary, but I was unsatisfied with my initial drafts. With that said, I want to start off by saying happy ten years and 60 days as a caster! Quite the milestone. It goes without saying that your contributions to the esports industry are highly valued, so instead I wanted to let you know how your work has affected me.  Might be a bit self-aggrandizing, but I think it's a perspective held by a lot of my peers. The cool ones, at least. I still remember the first time I heard you cast a game. I had seen Korean teams dominate the international scene, and was looking to see some action on their home turf. I was just in time to watch the OGN Champions Spring 2013 Finals. That was my first time watching a Korean tournament. MVP Ozone's upset over CJ Entus Blaze: one of the most iconic series in history. The level of skill floored me—my first time watching two top Korean teams going head-to-head. But it was also my first time hearing one of the greatest casting duos in esports: you and MonteCristo. The chemistry between both of you flowed like water—the essence of color and play-by-play commentary. Monte provided intelligent and articulate analysis, while you made every piece of action understandable and electrifying. Those are pretty standard assets of decent casting pairs. What stood out to me was something else. I still remember it: MVP Ozone was killing Helios' Zac, and had popped his passive. Most casters would just describe the easy kill. You didn't though. Your description was: "He is a pile of goo, and not the fun goo that turns turtles into ninja turtles. He's just dead." I was confused. Baffled. More than anything though, I was blown away. It kept going. When a Karthus requiem failed to kill anyone on MVP Ozone, you said "It's almost like fireworks for Ozone's victory". Even something uneventful like a player walking to lane led to an entertaining tangent. “They should really make a Pigs in a Blanket Kog’Maw skin.” Ordinary moments that most would simply rehash obvious information, you somehow made interesting. It was one part sports commentator, one part improv artist. I loved it. I've seen many discussions of Korean commentators compared to English. I think the closest we've come to one is you. You always made the games exciting, but your approach was unique. Hilarious skin concepts, constant praise of Supports taking kills, and other fun witticisms were something you didn't hear from any other caster. That's what I really appreciated when listening to your commentary. You could always tell you were genuinely having fun with it. You still maintained a professional sheen that the high quality matches deserved, but you weren't shy to let your humorous personality shine through. It was clear how much you loved the games, too. There are some casters that focus all efforts on studying game theory and researching players, without actually playing and enjoying the titles. They're valuable, but so is the latter. All the games I've watched you cast—League of Legends, Starcraft II, Overwatch, the list goes on—it was clear through social media and how you talked about them that you were an enthusiastic and committed fan. It makes sense given your early aspirations to go pro. Doing stuff like casting a tournament of a game far-removed from its glory days showed that. Even now, despite the sorry state of the RTS genre, you've offered your influence and insight to help studios like SunSpear Games keep the fire glowing. 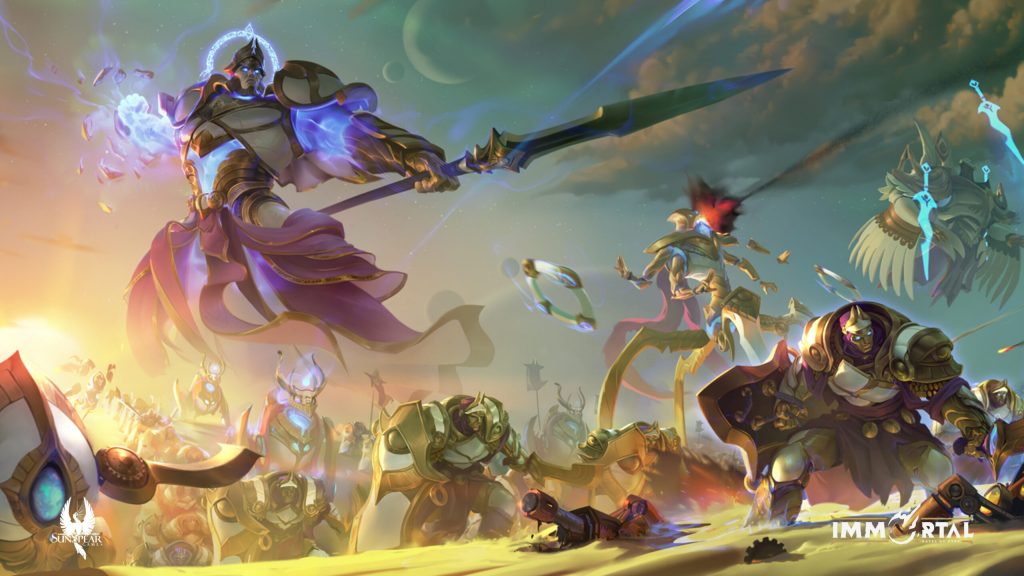 That shows passion. More than that, it encourages me to dig deeper into titles I was unfamiliar with and see why they were so beloved. So thank you. That's another aspect that's highlighted your career so far: helping others. Not only have you helped promote lesser known games without any financial incentive, but you do your best to assist small content creators grow. I remember sending you an article of mine in hopes that you might like it. You did more than that. You promoted on your platform, spoke of the piece's value, and actively encouraged me. With no vested interest for yourself.

and no, I'm not saying I'm retiring from casting. I always plan on being on camera one way or another until I'm 100. Just want to take what I've learned and do more for the industry!

When I read that initial tweet from you about your ten-year anniversary, what motivated me to write this wasn't just the incredible milestone you’d be celebrating. It was what you said in the latter half: "Just want to take what I've learned and do more for the industry!" Having that type of motivation can only make our space stronger, and we should be so thankful we have those types of people. 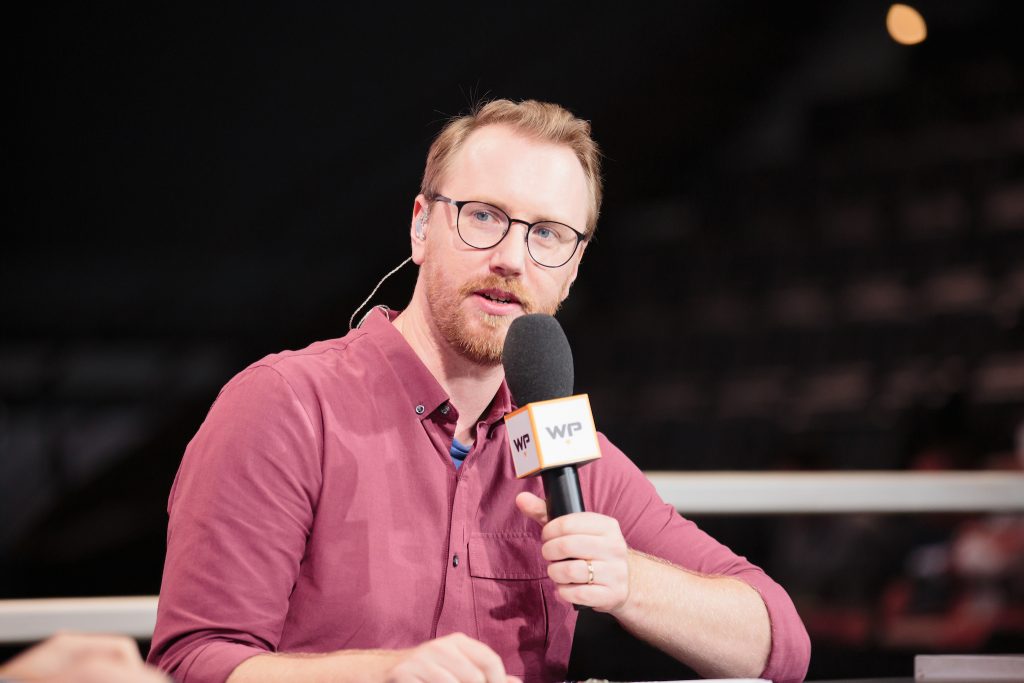 I wanted to let you know that you've made an enormous impact on me, not only for the years of enjoyment I’ve had listening to your casts. Through your actions, you've inspired me to not think of myself as much, and help everyone that I can in this industry. I'm sure many others have the same sentiment. So here's to you for ten years. We'd love some more. If you enjoyed this piece, follow the author at @OddballCreator. Check out more content at our OW and LoL hubs. Image credits: Blizzard Entertainment and SunSpear Studios