A look at the teams after the first round robin – LCK

IT'S BEEN ONE INTENSE ROUND ROBIN, BUT IT'S TIME TO TAKE A LOOK AT THE TEAMS AND GIVE INSIGHT ON HOW THEY'VE BEEN DOING SO FAR.

Lets start off at the top of thestandings and move ourselves down the rankings. 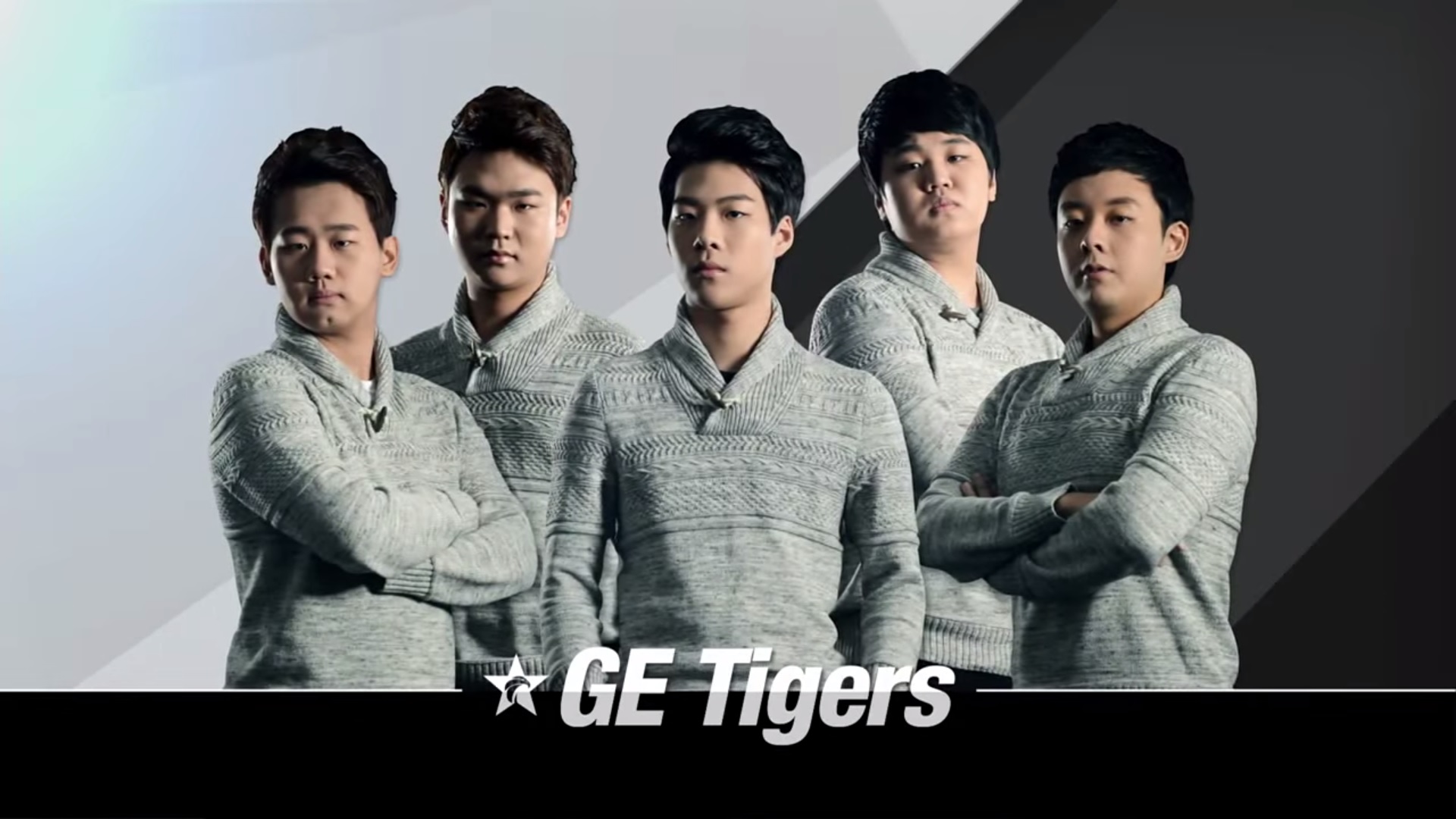 It's almost too perfect of a story. After not finding a spot on the intial roster of the new Najin e-mFire team, Lee, Kuro and GorillA set out to make a new team from scratch. Their timing couldn't be better since legendary AD Carry and former player of Najin Black Sword, PraY, had already shared his desire to return to a top tier team. After picking up former Incredible Miracle 1 player Smeb, the GE tigers had set up a solid foundation on which to begin building a legacy. Needless to say, this team's fairy tale has begun in spectacular fashion.

Each member of this team is performing practically to their peak and thanks to the excellent coaching of another former Najin player in Jeong "NoFe" No-chul, their strategies vary from game to game, making them the hardest team to plan for. We must make a special mention for Smeb and Lee, who are looking like clear candidates to win the MVP award of the season (and we're only half way in). Smeb's play is versitile enough to where you can't ban him out and Lee has the best map pressure out of any jungler in Korea right now. 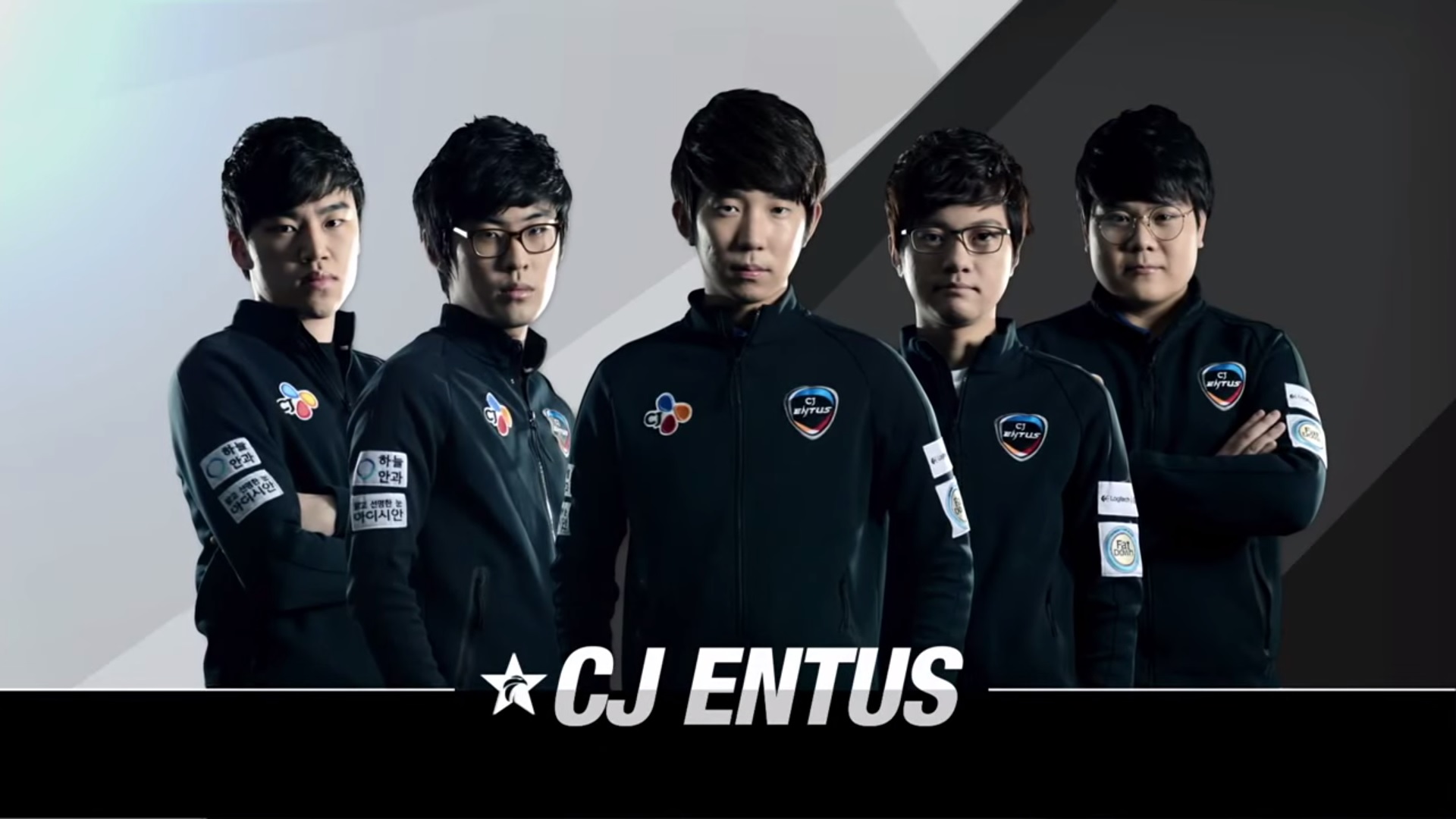 After losing several key players in Top, jungle and AD carry, CJ Entus found themselves in a downward spiral during the preseason of the LCK. The only saving grace on this team was CoCo, who kept performing at a very respectable level despite his team not being able to adapt to the new season.

Even though the season looked grim for this team before it began, CJ started the spring split crushing all the doubts their fans had. With a rejuvenated Ambition playing in the jungle, the surprise performances of Space, Shy carrying from the top lane and the team's shotcalling seeming to be better than it's ever been, CJ Entus shocked everybody by defeating SK Telecom and Najin E-MFire during the first and second weeks of the spring split respectively (teams that had looked strong during the preseason). 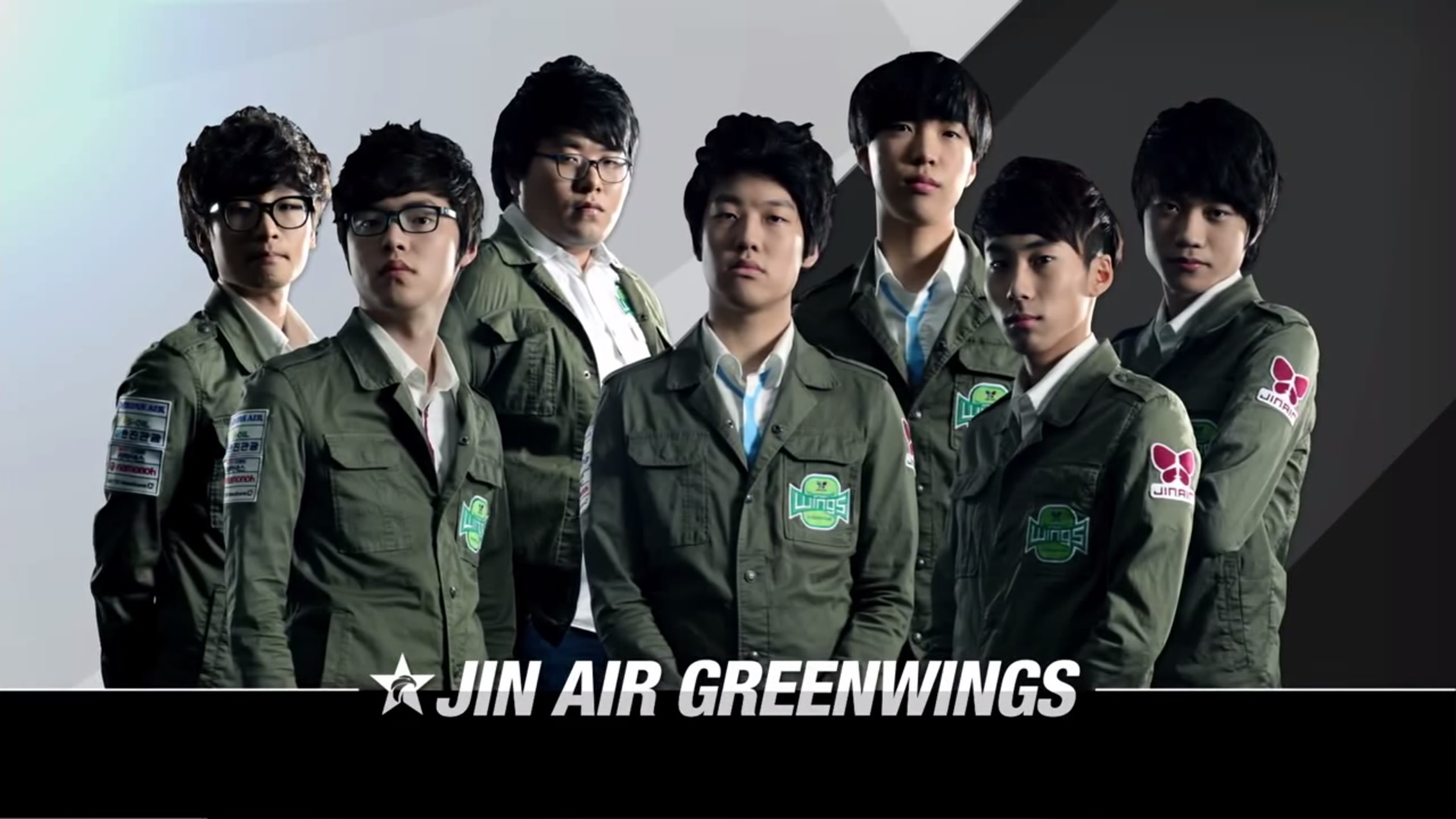 Jin Air's preseason was relatively disappointing. After the Jin Air stealths had a very good showing last year's summer season, Jin Air came into 2015's preseason looking much weaker than many had expected from the joint roster of the Stealths and Falcons. However they've seem to overcome most of their problems at the start of the season and with Ganked By Mom in the best shape we've seen since the start of his career, we find ourselves with a team that is a contender to be the next LCK winner.

With quite possibly the best strategical approach to the current meta in the LCK, the Jin Air Green Wings have a great opportunity to succeed with their current roster. Every player has specific tools that allow them to force bans from the enemy team, such as GBM's excellent Xerath play or the team's collective flex picks (for example Morgana, being able to played in top, mid and support to very high success in all roles). Jin Air is climbing up the ranks, from a middle of the pack team during the 2014 season, to one of the strongest teams in the 2015 season. 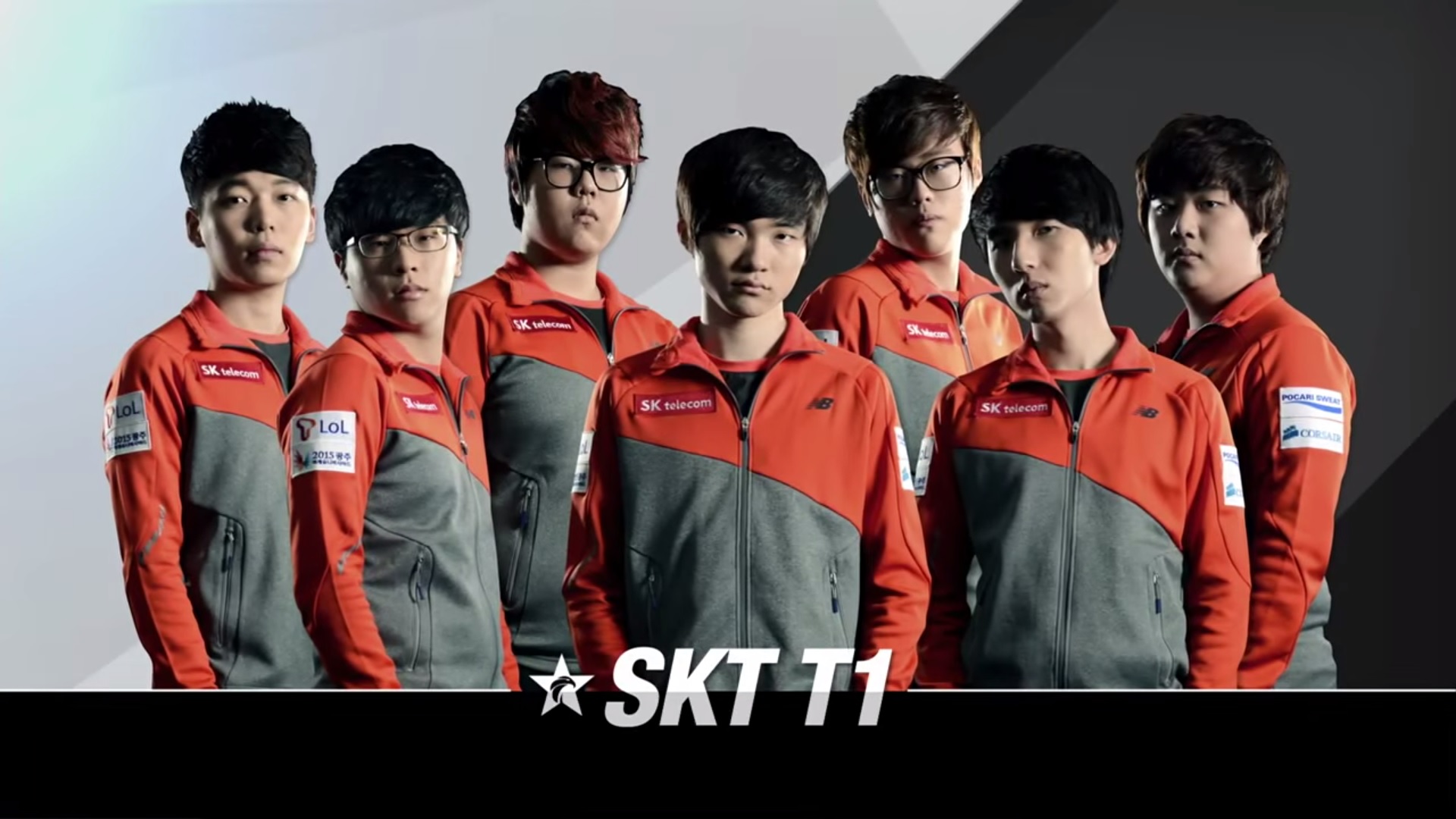 With the 1 team per organization rule in effect, it seemed like SK Telecom had taken complete advantage of the situation at hand. By cutting ties with their weaker links on the main roster of SKT T1 K and merging the remaining players of SKT T1 S, this team looked impressive and their preseason was showing just how well the mixed roster adapted to one another. Eazyhoon looks like a new player entirely, becoming much more aggressive and active in his playstyle, over his usual passive and farm oriented play style back in SKT T1 S.

Although the initial line-up is impressive, some of the games have shown that bengi is still not the jungler he could be. One game he can be the gank heavy snowball inducing jungler that his laners needs him to be, other games he can simply have the same presence as a cannon minion that randomly appears at different points on the map. On the plus side, the supports have been playing really well, especially Piccaboo, who's roaming style is very well planned out and has been the biggest highlight of their recent defeat against the GE Tigers. 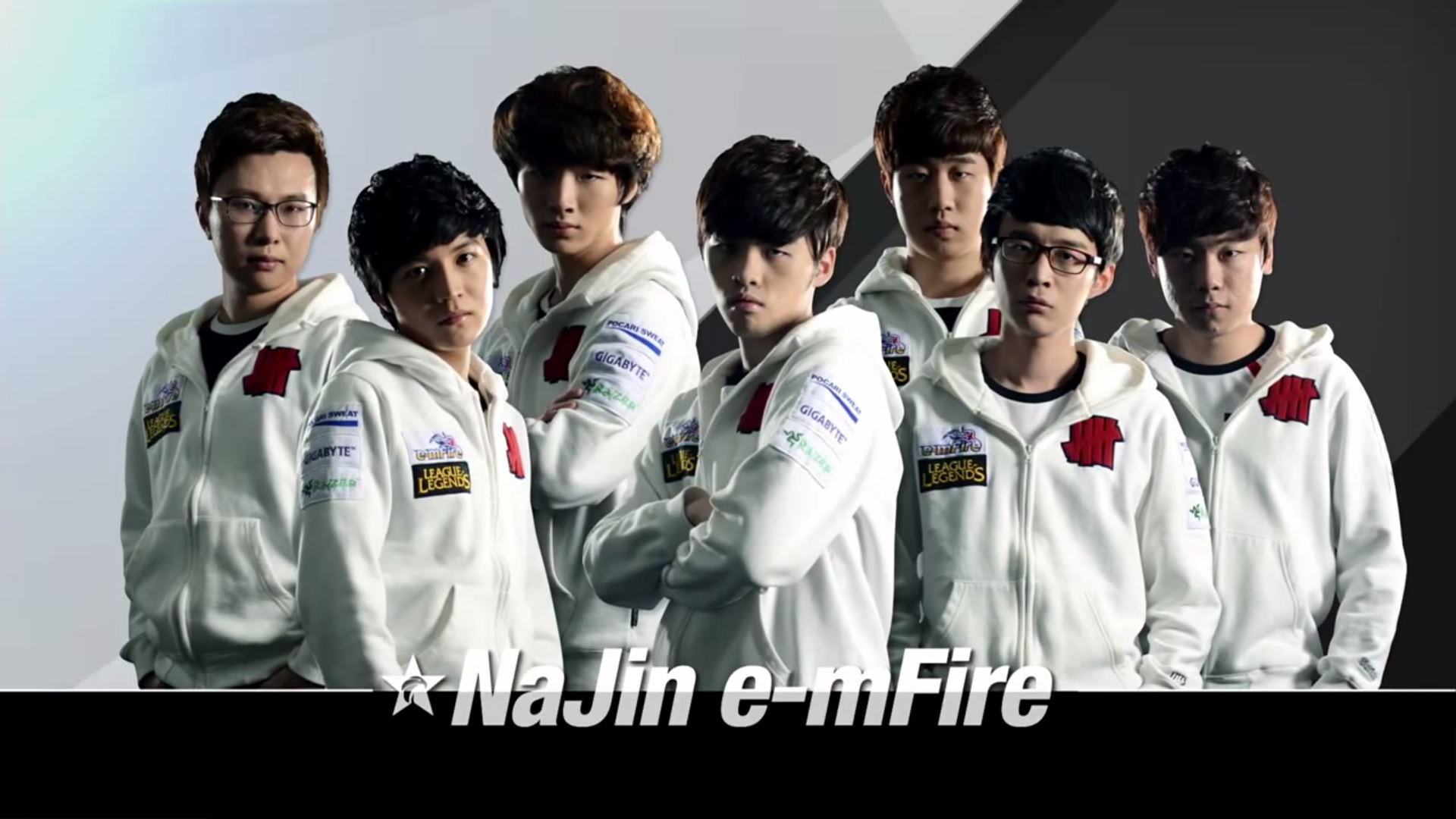 Being forced into joining both teams because of the 1 team per organization rule, the new Najin emfire looks to make the best of what they can with the merger of both the Black Sword and White Shield rosters. The preseason looked great for Najin. Having only lost to SK Telecom T1 without their strongest roster, Najin set their sights on proving they are the best team in Korea right now.

This isn't really where we expect Najin to be at this point in the season, but there is still many games to go. It's really hard to grasp where Najin belongs at this point since most of their games have not looked inspiring by any means yet in several of the games they've played, they have shown just how good the Ohq/Cain combo can be. Ggoong is not looking at his best out of his comfort picks and Watch is still proving that he is a very mediocre jungler. The saving grace for this team is how good Duke has been playing over the course of the LCK. His performances on Gnar has been the deciding factor in some of Najin's wins and shows how it's very possible to carry from the top lane. 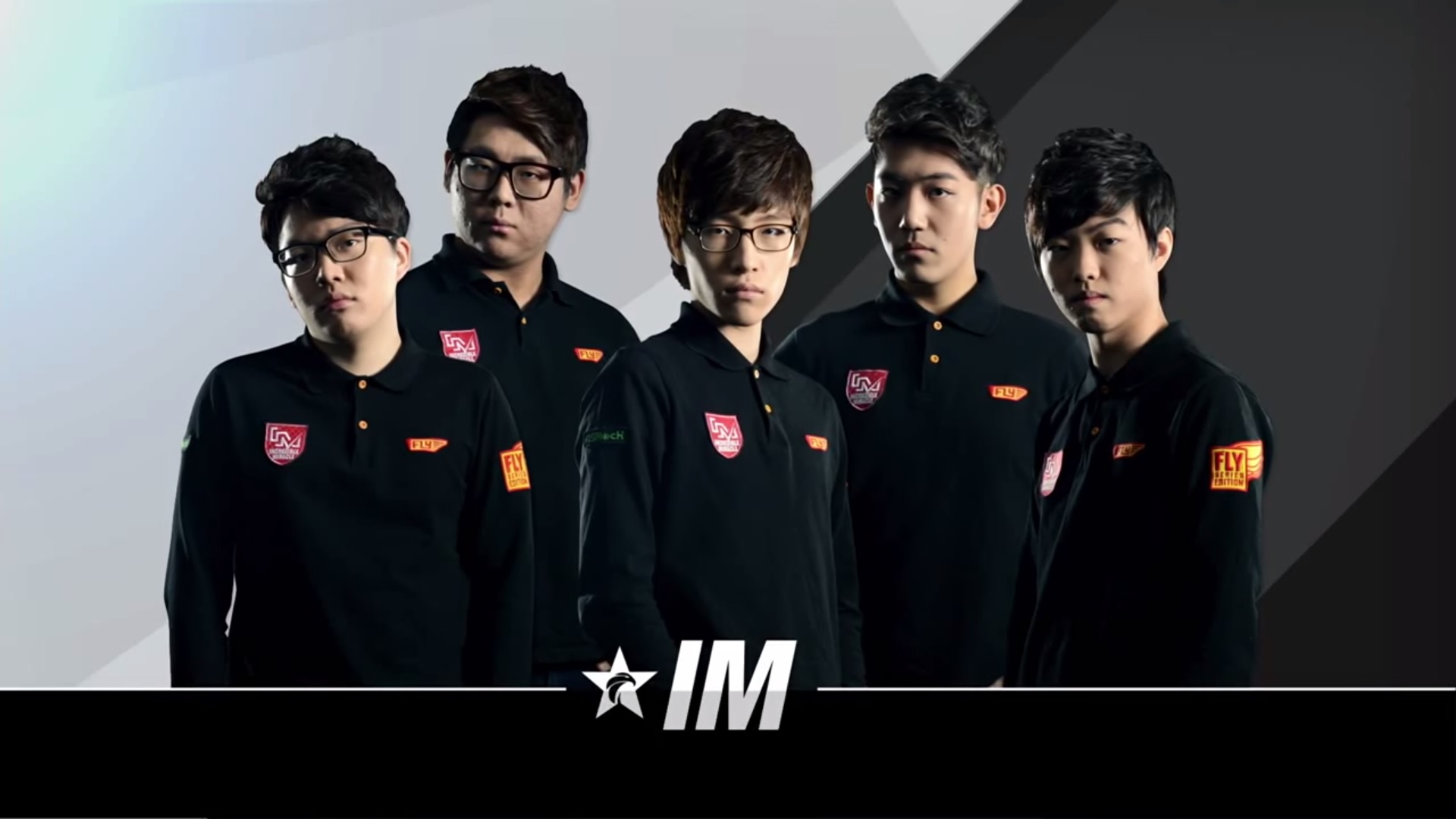 Incredible Miracle was never known as a dominate organization in League of Legends. After a history being a very middle of the pack, they looked at this new season with the strongest assets of each IM team. The start of the preseason was not very encouraging. Without many games to judge performances from, the few that were played really showed us how uncoordinated they were as team. Much less encouraging was knowing that IM's only draw was against the other weakest team in the league, Samsung.

Despite having the worst preseason out of all teams participating in this year's LCK, Incredible Miralce's start to the 2015 season is surprising to say the least. Victories over KT Rolster and Jin Air give this team a ray of hope, especially their mid laner, Frozen. These victories were rather convincing which guarantees much more interesting games as the season progresses. 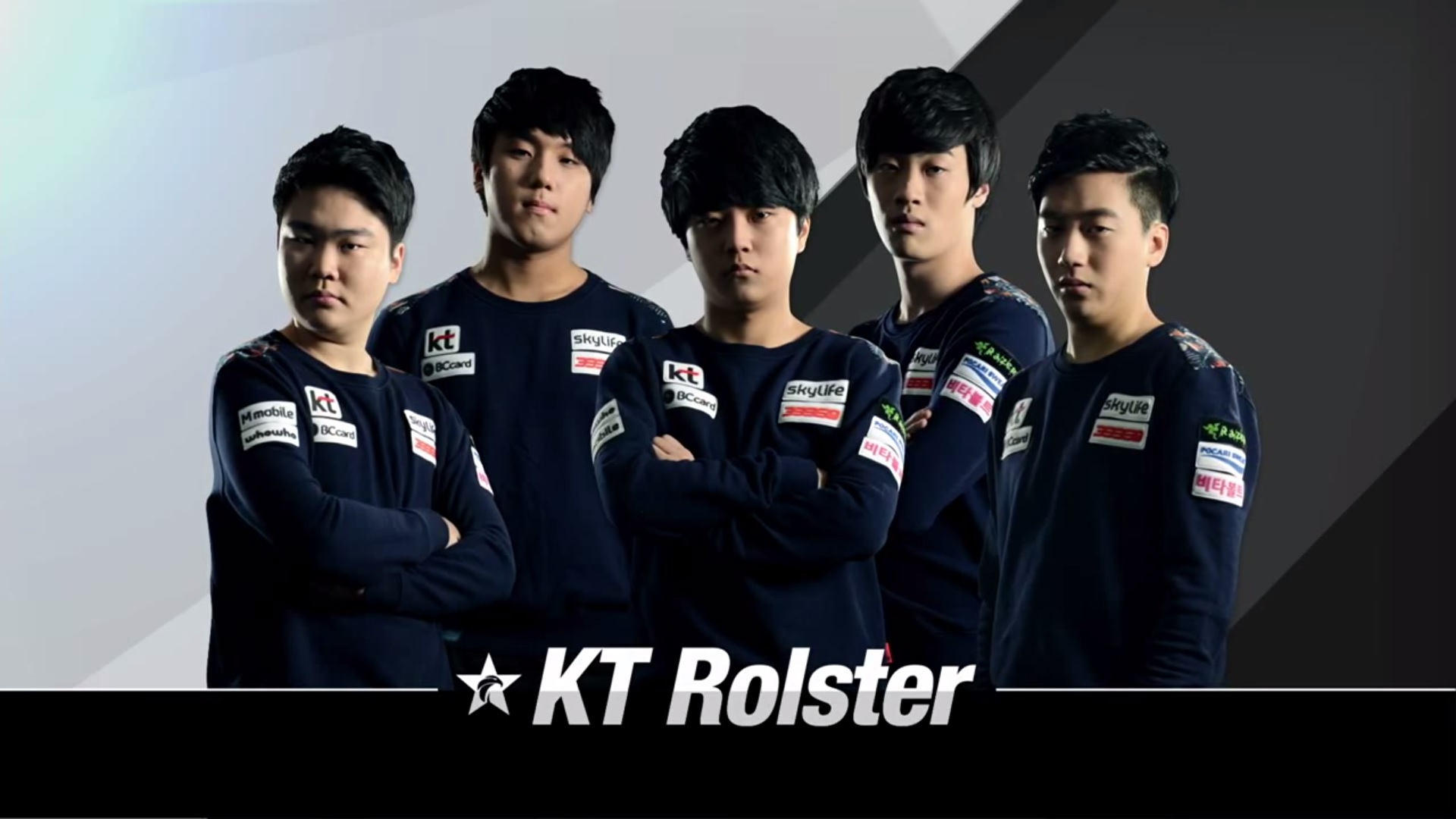 With the departure of the biggest stars of the KT Arrows (midlaner Song " RooKie" Eui-jin and jungler Lee "KaKAO" Byung-kwon), the new KT Rolster roster found themselves with the remains of two not so strong line ups. Arrow, ssumday and Hachani were never the stars of their team. Nagne was never considered a star player on any of his previous teams but he most certainly remains as a solid player and Score moved from the AD carry position to the jungle. As expected the preseason was kind of... uneasy for the KT Rolster team.

All of this said however, there are rays of sunlight in the dark skies for KT. Score's shotcalling has certainly been impressive and ssumday is still playing the tanky teamfight champions that brought him to the table in champions summer of 2014. Hachani's performances are still back and forth, but when he is at his best, Hachani can match any top tier support in Korea. KT Rolster has enough upsides to their squad to turn around their luck in the second part of the round robin. 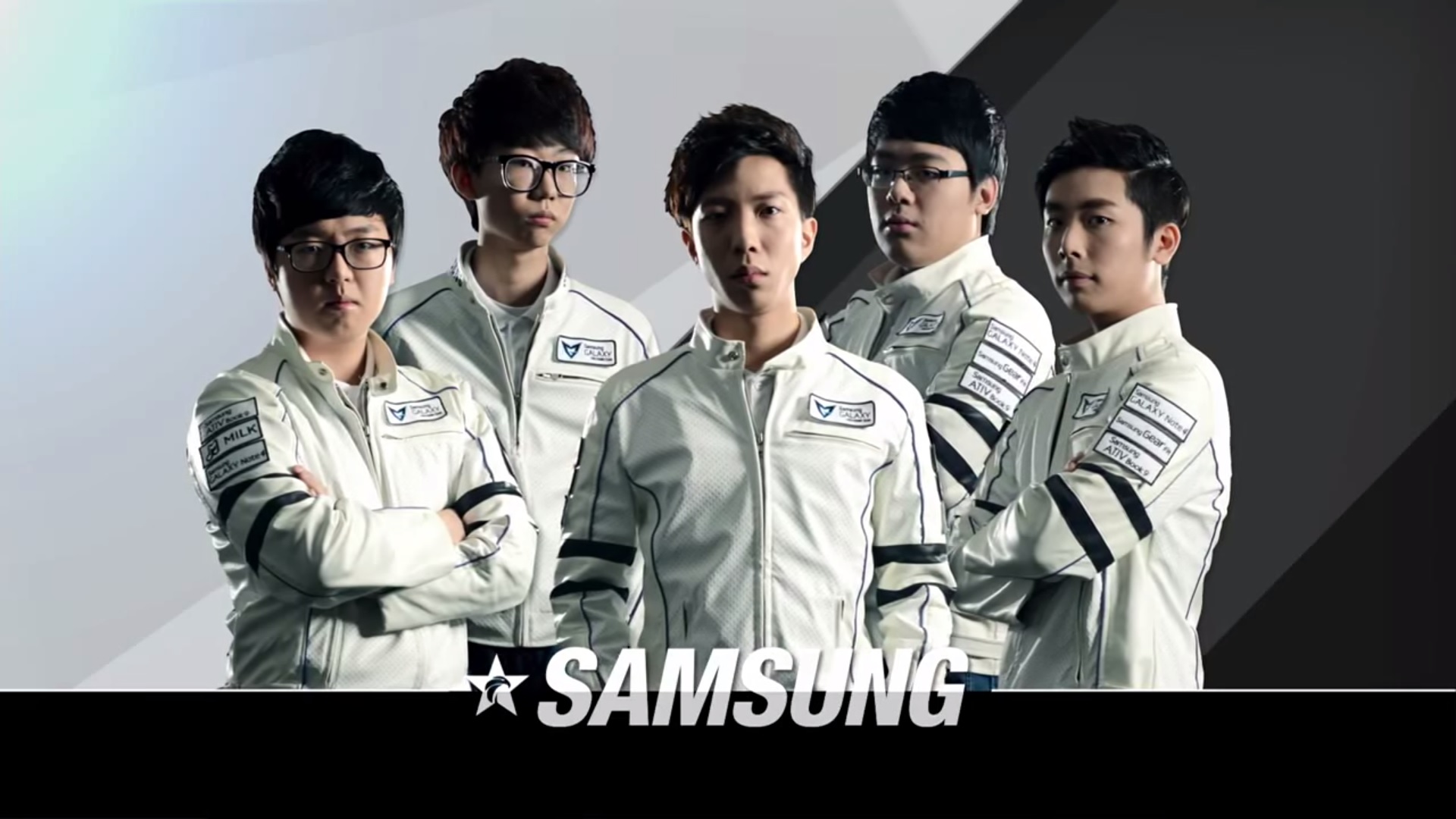 After the entire rosters of both Samsung White and Samsung Blue deciding to not remain with the organization, Samsung came in this year with a new roster made from scratch. The only thing linking this team to any of its previous success is part of the coaching staff which has remained the same. With a full new roster comes low expectations of performances and the preseason showed just that. With little to no idea on what to do once the laning phase ended, regardless of how good/bad laning phases went, this team would end up just losing to much more expirienced squads.

Do not be fooled by the standings however. This is by no means a dead team. The word potential gets thrown around like dirt these days but I truly believe this team has a lot of potential. With every game that passes you notice how much better the team is becoming. Objective control has become much more of a priority for this team and you can notice how much better their warding has become every single series. The advantage of having the Samsung staff is how well they understood vision and you notice this every time the Samsung players are on the rift. Spring split might be over with early for this team, but they shouldn't be weak the next split.

Here is the album with the screenshots of the teams

Also as a bonus, the GE Tigers in their ultimate form.