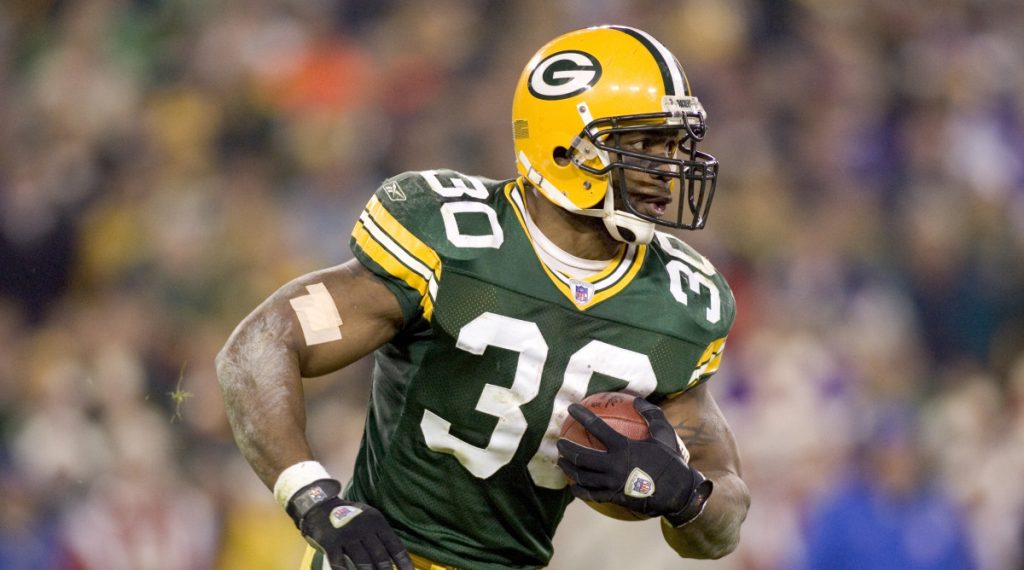 Andrew Czysz 2021-05-26 05:00:48
We were able to interview Ahman Green, an NFL player that played 12 seasons who was most memorable for being a Running Back for the Green Bay Packers. Recently, Green has turned towards his love for video games by becoming a professional esports coach, specifically for Lakeland University which is located in Plymouth, Wisconsin. To start, take me back to the draft, how were you feeling that night when no team was calling you? I felt opportunistic about my opportunity to play for an NFL team. I was waiting anxiously on who was going to pick me and begin my NFL career and bring great change to their franchise.  Were you feeling nervous since teams would keep passing on you?  No nervousness, just anxiety and a chip growing on my shoulder on teams passing on me, when I was told that I would get drafted in the late 1st or early 2nd round of the 1998 NFL draft.   What is it like being an esports coach, is it a fun job for you?  Being an Esports Coach is a really fun job! I have a great passion for video games, so it is easy to coach esports at the University level.   What about the difficulties involved?  The only difficulties I have encountered are my 1st year esports players having to adjust to the demands of practicing more seriously and focusing more on playing as a team and holding each other accountable to do their role in each game.  When did you first have the desire to become a football player?  I knew at the age of 8 years old that I wanted to be a professional football player.   What is your preferred platform for video games; Nintendo, Xbox, Playstation, or PC? I spend more time on my Xbox, but I own and play on PlayStations, Switch and PCs.  What would you have done as a career if you weren’t a football player?  If I was not a football player, I wanted to be a baseball player.  Do you watch NFL games nowadays on Sundays?  Yeah, I watch NFL games all season long.  If so, who are your top 5 running backs in the NFL right now?  My top 5 RBs are Derrick Henry, Aaron Jones, Dalvin Cook, Nick Chubb and Ezekiel Elliott. What is the importance of physical fitness in gaming, a competitive outlet most would strictly attribute to mental function?  The importance of physical fitness is it gives a gamer more mental focus during competition and the gamer can have a healthy lifestyle as well.  How hard was it for you to balance family with playing professional football?  It was not hard at all, I was able to communicate with family to help them understand when I needed to have my time to focus to get ready for a game, which they understood. Also, I made time to spend quality [time] with my family throughout my career. That helped balance a successful career and stay connected with my family.  What was your most memorable moment as an NFL player?  Breaking Jim Taylor Rushing record. Jim’s record stood for 43 years before me and my teammates broke the record.  What made you start getting into video games at a young age?  My Dad got me into video games. He worked in I.T. back in the early 80’s. He brought the ColecoVision home first, then he would PCs from work to fix them. I tested them for him, once he fixed them.  ___ Editor’s Note – The author is a student who decided to ask a more personal question. While it doesn’t fit the general theme of the interview, we saw it fit to display the answer for the audience to see. BONUS:  Now, I can’t play the game I love due to a brain condition called Hydrocephalus. I want to stay as close to the game of football that I hold near and dear. I’ve decided to pursue a career in Sports Journalism. What are your thoughts on my choice (the interviewer) in order to stay closer to the game I love?  I believe this was a great choice for you. Sometimes we must make hard decisions, but those will make you stronger and better in what you do next. If you enjoyed this piece, follow the author on Twitter at @AC__32 Image courtesy of Sports Illustrated