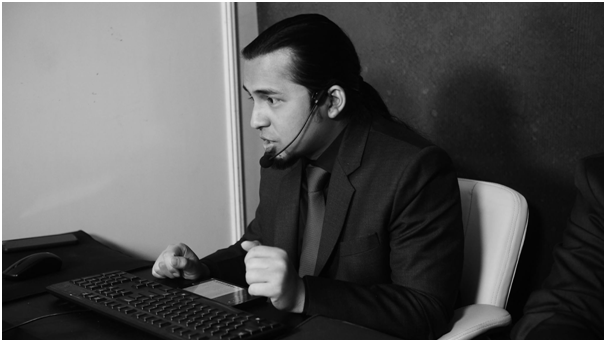 KarY 2020-07-16 04:36:06
Made in India and Bred in India -- these are two things that first come to mind when I see Bleh, a fellow Indian comrade, making it to the big leagues in CS:GO as a commentator and as an analyst. Sudhen Wahengbam, as his real name goes, is a typical middle class Indian kid growing up in the 90’s. He was raised in a typical middle class environment, being mainly into cartoons and video games as opposed to being into sports or hanging out with friends. As many others, Bleh was also, and I quote, “a shut in”, and apparently developed a taste for heavy metal music going forward. A strict upbringing ensured he had his priorities set straight, typical of an Indian family, and ended up completing his Bachelor’s in Engineering. He eventually pursued a Master's in Electronics, and here he came to the realization that it wasn’t exactly what his heart desired and ultimately took a dive into where his passion lay; a perennial love for video games. Video games were a welcome respite for Bleh, a place of solace and escape from the frequent drudgery of school life. Circa 2002, he would eventually dabble into Counter Strike just prior to his introduction to the competitive aspect of it. “It was a revelation for me,” Bleh said. “It has been a non-stop love affair for close to 2 decades now across different iterations of the game. The competitiveness of the game, the skill ceiling, the storied esports scene, the friends I made. I could keep going on trying to explain why I love this game, but I’m afraid there are too many reasons to list here.” When Counter Strike Global Offensive came out, Bleh took the game quite seriously on the competitive side; however, he was aware that it would be nigh impossible to make a career out of it in Asia, and especially in India. This is the moment where he tried casting to have some fun and ended up covering a few local online tournaments, only to realize his genuine love towards it. Seeking to venture full time into CS:GO, much to his surprise, Bleh received a lot of support from his mother, who also was the first person to question him as to why he didn’t seek a career in Counter Strike considering the amount of hours he sunk into the game. It was a surprise for Bleh considering his mother was an academic minded individual and a doctor by profession, that would later only enable him to choose this career path as an option. “It must have been a little hard for her to digest the fact that I’d be going full time into gaming, but she never showed any doubts or reservations,” he chimed in. “I owe a lot to her especially during the initial stages when I wasn’t really making much money out of it and things looked bleak.” Thus began the advent of Bleh as he started taking his newfound love for casting more seriously and covering the Asian scene -- a region completely ignored and unknown to the rest of the world. Eventually, he took the plunge and quit his 9-to-5 job to give being a full time professional commentator a shot.

“It wasn’t easy putting yourself out there, especially when you come from a region with a very nascent esports scene and in a game which already had a very good and established talent pool.”

However, his “expertise” in the Asian region paid off when Asian qualifiers started being held for various big events and majors. He would consistently reach out to various TO’s while continuing to cast as many games as humanly possible on his Twitch channel. Few TO’s started hiring him primarily for Asian events, and eventually companies like StarLadder and DreamHack started taking a chance on him with their EU/CIS events. 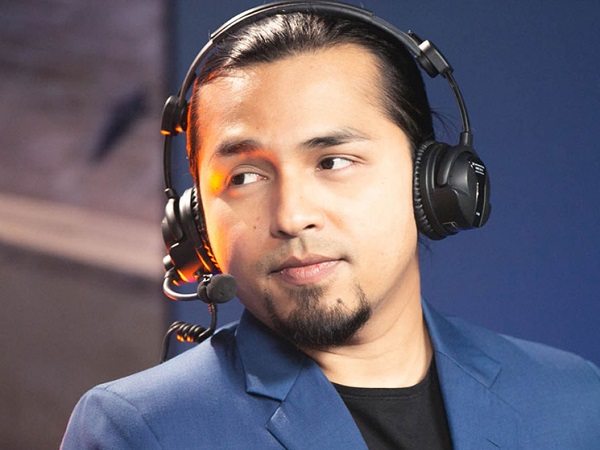 From local to global, Bleh would eventually start making appearances as a commentator or as an analyst at events worldwide, slowly making his presence felt in the scene which would lead me to ask another question: what sets him apart from the rest of the flock? He believes that he is easy to work with and that he always gives his best to bring a positive vibe to the desk, especially on those long and draining days. At the end of the day, it’s all about working as a team together to put up the best show possible. I couldn’t help but ask about his thoughts on being the only Indian to make it big in the scene and his response echoed a sentiment similar to mine. He says,

“Kinda bad to be honest. I wish we had more talent coming out from the country but it seems most are just happy working at local events or not looking to improve or get better. I’ve had a number of people ask me where to start and how much they’re going to get paid even before they’ve even recorded a single VOD!”

He also thinks that another reason for the lack of interest for the same could be attributed with the breakout of PUBG Mobile in the country wherein a majority are opting to go for Hindi (the regional dialect) commentary. According to Bleh, this seems to be a smart move due to the sheer size of the audience that would be extremely beneficial for an individual to grow a personal brand, however, at the cost of limiting the prospects of going international. Moving on, how would it be fair to not ask an Asian expert on his expertise of the Asian scene and compare that with the EU/CIS/NA scene? Bleh seems to be of the opinion that Asian CS:GO has a lot of catching up to do when compared to the EU/CIS/NA regions due to the fact that the scene is disjointed and the lack of any Asian veterans from the CS 1.6 days who transitioned into CS:GO. Unfortunately, he also believes that the game of catching up will continue until the end of CS:GO’s lifespan. “It pains me to say this, but I feel Asian CS will never see the success in this iteration of CS, like it saw in 1.6,” Bleh mentioned. “But being the perennial believer (or masochist) that I am, I still hold out hope that all it takes is one breakout team to galvanize the entire region like we witnessed in Brazil when Fallen and his men won those majors.” As we near the end, I ask Bleh to share his thoughts on those coming out with their stories on sexual misconduct and what steps one can take to make esports safe. His response was that of despair. He was saddened to hear the circumstances through which many young and innocent people had to go through when trying to get involved in esports, an industry which seemed to be excellent for safety and escapism until recently. Having found his place of solace desecrated has not only angered Bleh but also changed his outlook on many things. “We need to be more vigilant and keep an eye out. It’s terrible how so many of these incidents go unnoticed or happen right under our noses.”, he continues further, ”If you see someone looking uncomfortable, reach out and see if they need anything. If someone, even a friend, says or does something questionable, call the person out and tell them why what they did or said was wrong.” He urges people to stop normalizing certain behaviors and address the root cause of the problem. To put it bluntly in his words, “Don’t be a piece of shit.” Before signing off, I asked him the most memorable event that he’s ever casted and he quickly chimes in, “That will always be IEM Taipei 2016. It was also my only second International LAN ever and with some of the biggest talents in the industry like Anders, Semmler, Moses, Pansy, etc.” Getting the opportunity to work that event considering how unknown he was at that time, was a blessing for Bleh, as it opened up a plethora of opportunities for him. He ends by saying, “It was an incredibly fun time with the other talent in a beautiful and lively city. I’m sure a few of them would also remember IEM Taipei very fondly.” We hope you've enjoyed our newest feature. Kindly support us by following Esports Heaven on Twitter and keep tabs on our website for such interesting content. You can also follow the author on Twitter. Feature image credit: AFK Gaming Image credit: DreamHack