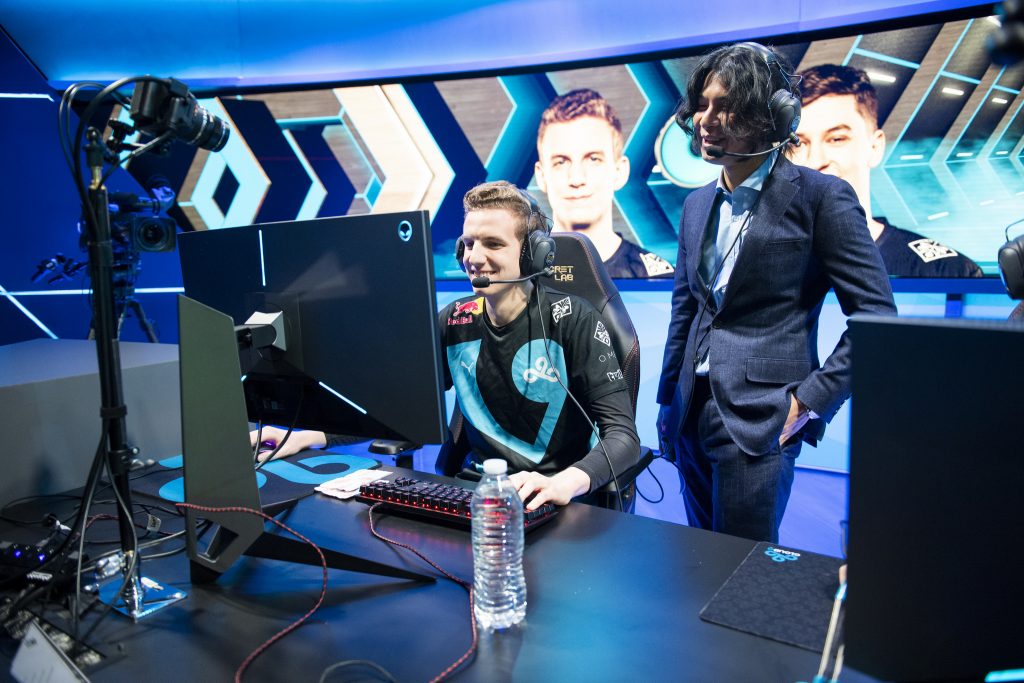 C9 Licorice on coaching for top laners: “It’s definitely a mix of the player and the coach where the lane phase it’s mainly the player whereas if the coach knew how to lane better, they’d be playing instead of you” (laughs)

Izento 2019-02-18 09:38:37
Cloud9 have went 2-0 in Week 4, with victories over Echo Fox and OpTic Gaming. The team had a great performance against Echo Fox with great drake control and an overbearing Urgot in the top lane piloted by Licorice. Esports Heaven spoke with Cloud9 top laner Licorice about his game against Echo Fox, his thoughts on the fountain dive, the TP changes, the bounty system and the difference between what a coach is responsible for and where the natural skills of a top laner must come from.

What was going on with that fountain dive?

Someone yelled penta after we killed Sion, I think it was Svenskeren (laughs), so we were just like, yeah, let’s get the penta, so we were just running at them (laughs). In comms we were all just ready to go for it, so we were huddled around and I was like, “alright, I’m gonna tank,” (laughs) so we started going in and Sneaky and Nisqy didn’t go for it.

(laughs) It’s probably good they didn’t go for it because I don’t think we would have been able to end, but at the same time, so you gotta follow through with it.

What are your thoughts on the Urgot/Sion matchup?

I think since the Sion nerfs it’s definitely Urgot favored. I think I played it kind of poorly actually, I should have been able to get a bigger lane lead than I did, although I still had pressure, so it wasn’t the worst situation.

With the changes to the ADC meta, were you saying, “nooo! Now I have to play all tanks”! What was going through your head when you saw those changes?

I haven’t heard many top laners talk about the changes to TP and now that it’s forced, so you can’t cancel it. What are your thoughts on that as a top laner? You often have to TP down to bot lane or towards barons.

I think the big thing that it removed was using TP to zone, whereas before, if you were playing a carry and used TP in the middle of three people, they can’t keep chasing, they have to sit around and wait to see if you finish the TP. Obviously now you can’t do that anymore because you’ll just drop dead. That’s been the biggest change and it makes people more careful with how they use TP and making sure they really want to TP to a location because there isn’t an option to take it back after the fact.

There definitely has to be a place for comeback mechanics. There’s just so much gold in the game right now and if you take all of the plates and you’re up 20 CS, and you’re saying you shouldn’t have a bounty because you’re 0/0/0 but you’re up like 2000 gold or something ridiculous then it just doesn’t make sense because the game is just not comebackable. I think the bounty system is definitely good but they could probably change it a little bit, maybe so it’s more based on you and your specific lane opponent because sometimes you get weird bounties where you’re not necessarily stronger than your lane opponent but because your team is winning you have a bounty. I personally don’t like that, but I think the system as a whole is fine.

Do you think there’s a big difference as to how that interacts in pro play versus solo queue?

As far as the narrative for NA tops being bad and now with you having a lot of success and these other NA top laners are now given a chance as rookies, do you think we’ve come to a point to where NA as a region has decently strong top laners?

If you have an NA player versus an import, it doesn’t tell you anything about how the matchup is going to go at this point. I think that right now, the skill levels across the board are pretty even. I think NA has good players right now in the LCS.

Would you say that coaching is one of the most important aspects when it comes to learning to be a proficient top laner? Or is there a low skill floor so that there really isn’t too much extra to learn when a player comes from solo queue to pro play? Does a coach actually help an incredible amount in shaping the way that you have perceived the game and play it currently?

It’s definitely a mix of the player and the coach where the lane phase it’s mainly the player, whereas if the coach knew how to lane better, they’d be playing instead of you (laughs). It’s totally on you to lane well, trade well, deny CS and get a CS lead. The coach helps you more with, “oh, you had a lead but you didn’t do anything with it. You should have done this, or maybe you should try this”. Usually with Reapered it’s a bit more forceful than that (laughs). That’s kind of the gist of it and I think both are super important but you can be a really good laner without any coaching at all. ___ Izento has been a writer for the LoL scene since Season 7, and has been playing the game since Season 1. Follow him on Twitter at @ggIzento for more League content. Image courtesy of LoL Esports Flickr