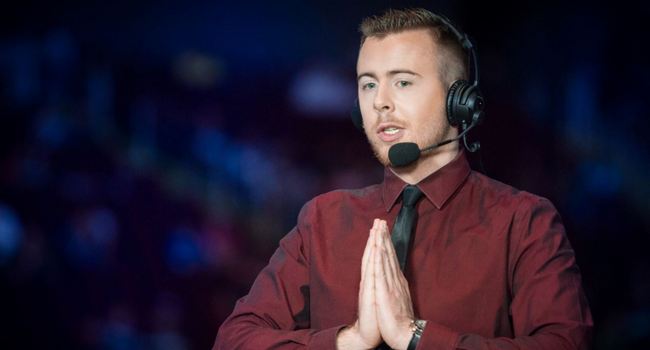 Capitalist: “Missing last year’s Epicenter and missing main event for TI were the biggest blows and really reinvigorated my work ethic for the TI8 season”

KarY 2018-07-17 06:34:51
Today, we interview Austin "Capitalist" Walsh -- former in-house caster for joinDOTA, a person who has been a staple name in the Dota 2 community for a long time, a man with many talents who has diversified himself not only as a caster but also as a panelist, a host as well as an interviewer. He is well known for his duet casting with William "Blitz" Lee and has been a constant presence at TI's and other established events. In this interview, Capitalist talks about the inaugural DPC season and his views on how Kuroky, Solo, FY and Puppey have showcased their strength as leaders, the struggles he faced as a free agent post his departure from joinDOTA and how he diversified himself into other roles due to Blitz taking up the coaching role, and most importantly his opinion on the topic of new casters trying to break out in Dota 2. Greetings Austin. it has been an eventful year for you and the Dota 2 scene in general. We've seen many teams go high and dry, back to back events, and new breakouts. Kindly sum up the inaugural DPC season for us in brief. I think most of the season was about establishing the dominance of VP & Liquid. It really feels like the first year in recent memory where the top 3 of the tournament will be the teams everyone expects. In fact, the TI qualifiers ended up running that way as well, where every single team expected to qualify did, with the exception of Team Serenity. This DPC season has really showcased the strength of good captaining in Solo, Kuroky, FY and Puppey. The strength of character and strategic value these members bring to their respective teams are essential for the long-term success they’ve found this year. How do you view the new DPC season as compared to the old one? Tell us what you like and dislike as well as what could have been done better? It’s pretty clear that Valve is trying to exert less control over the Dota system and I think that’s probably for the best. People will naturally gripe and compare these DPC tournaments to the old Valve Majors but I think that’s a bit unfair as no TO ever has the same power and money that a developer can bring to a tournament. However, it did feel a bit like the Wild West of Majors and Minors due to the lack of both uniformity among tournament formats and a more scrupulous vetting process of tournament organizers. That said, it seems clear the next season will be a bit better protected. Also, I believe the Minor into Major system that Valve has announced for the next year will set better pacing for the year, establish flowing storylines and denote definitive differences between Minors and Majors. BTS Summit 9 will be the last event held before ti8. In your opinion, in what mindset will the attending teams come to this event in terms of competing or preparation? Practice, practice, practice. I’m going to watch the tournament for hero metas and nothing more. You left joinDOTA almost a year ago and have been a free agent since then. You've been a busy man by being part of almost every DPC event and that's finally coming to a halt after a tedious year. Tell us about the transition from being an in-house caster for jD to casting events across the globe. I didn’t know what I was going to do after leaving jD, but I did know that for my career and my own happiness, I needed to leave the project. At the time, I had no idea if BTS or ESL or anyone else would be interested in hiring me full time but I did know that my career and my personal growth would stagnate if I didn’t take risks. It was an incredibly stressful time for me, for various reasons. Quitting my job, moving internationally, relationship stresses, financial costs of losing a salary & moving, etc. It makes my recent move down to California look like a cakewalk by comparison. Shortly after leaving jD, you made a post outlining a set of points that you put in front of yourself to achieve and then come to a decision about your career in this industry. If my memory serves right, you gave yourself one year's time and that time is nearly around the corner. Where do you presently stand on this topic? Actually that year ended last year after TI7. I won’t try and hide the fact that that whole season was a bit of a disaster. I wasn’t invited to as many tournaments due to Blitz returning to coaching and no longer having a casting duo to entice TO’s. Instead, I had to spend most of that year doing panel work and kind of reinventing myself as a panelist to get hired to events. Missing last year’s Epicenter and missing the main event for TI were the biggest blows and really reinvigorated my work ethic for the TI8 season. Despite the year’s failures however, I did learn that even in a bad year, I was still able to do well enough to keep myself satisfied. It cemented my desire to continue working in Dota for as long as I’m able to and that happiness I derive from doing what I love. While Blitz coming back for this season certainly helped my brand and getting invited to tournaments again, I actually believe that the work I put in last year laid the groundwork for this season’s success. I was able to get an invite from almost every tournament I would’ve wanted to attend and said yes to all of them excluding two. A large part of that was due to the appeal of hiring someone who could both panel and cast at a tier 1 level. 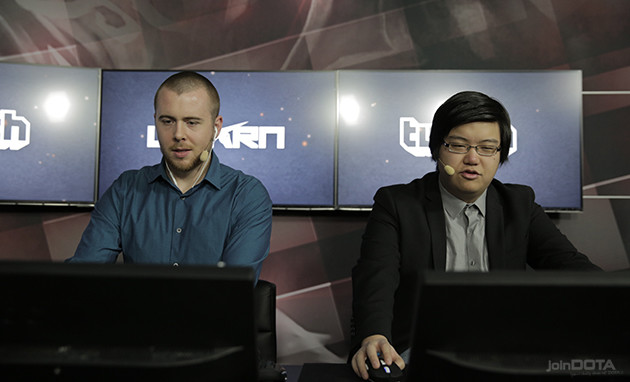