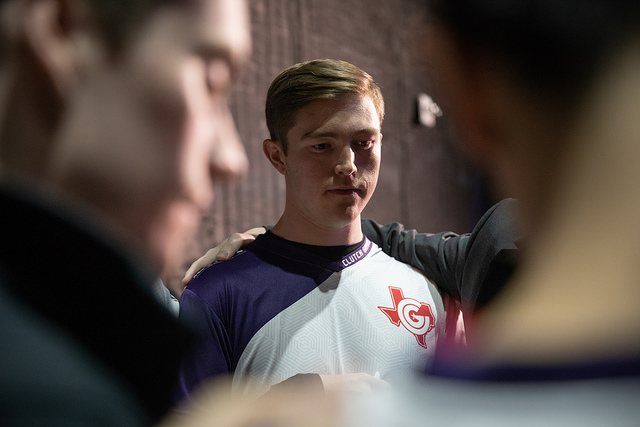 Izento 2019-03-07 04:36:25
Clutch Gaming have gone 1-1 during Week 6, losing to 100 Thieves in a tragic game where they had a substantial lead in the early game, but winning against Echo Fox with the use of several flex picks. Esports Heaven spoke with mid laner Damonte about their usage of flex picks, Yasuo, the difference between their games during the weekend, and community sentiment that CG are a high variance team.

Flex picks are very important depending on what side you get. On blue side it's a bit more important because you're not able to counter pick. Say if a blue side team picks three champions that can go top, mid or bot, now the red side 5th pick is going to be much harder to pick. Like, let's say you get Viktor, Cassiopeia and Irelia on blue side, then now if the mid laner is counter picking, he's like, “what the hell? I have to counter against three champions”? So it's much more important on blue side I believe. Also red side it's important too because blind picking a champion versus flex picking something that might go mid is also hard. For sure on blue side if you can get three flex picks, now your blue side draft is really good. A lot of teams right now are favoring red side but it's slowly changing, and they're favoring red side because the counter pick is there but right now I think CG is one of the teams to be leading the charge. We choose blue side and against 100T we did that because we’re able to play so many flex picks. Me, Huni and Piglet can play almost every champion and it's really important if you're players are capable of doing that.

You played Yasuo this game and as you know, Yasuo is an extremely hated champion by a lot of the public. So, do you think the hate is justified? What makes Yasuo a pain in the ass to play against?

Yasuo is hard to play against because he's really slippery, he's pseudo-tanky, if he's ahead he's one-shotting your team, but also everyone hates him because if he's behind he's really inting and people only remember when the Yasuo is on their own team inting. So it's really easy to hate that champion because if he's fed it feels like you really can't do anything against it but if he's feeding then he's usually on your team.

What was the difference between today against Echo Fox and yesterday against 100 Thieves in terms of holding onto your lead?

Well, yesterday against 100T, I would say the game went pretty similar at the beginning. All three lanes and jungle played to their win conditions. No one was doing random shit. The difference between today and yesterday was that we followed our game plan. Even our game against 100T we knew exactly what we needed to do but we just lost focus a bit and some plays were messed up a bit by different players on the team. We all kind of contributed to it. Today, everyone took a step back when we were ahead and all we had to do was group as five and see were going to win. In our game against 100T, instead of grouping as five and doing it as a team, instead we were like, “ok, we’re hella ahead, this guy is out of position so I'm just going to fight them 3v3”, which is maybe a 50% chance we win that fight, whereas if we were to wait 20 seconds then maybe we have an 80% chance to win it. So we reviewed the game and thought all we had to do was play as a team, no one cares if you look like a flashy player, no one cares if you're making these highlight reels, we need the wins; that was the big difference.

Clutch has to win pretty much every game from here on out. Are you concerned the pressure possibly disrupting the team environment? How are you guys handling it right now and do you think it's going to be a problem in the future?

I would say there's not much pressure on us right now. As five individuals, we're not really that pressured. I think we've all come to accept the fact that we really screwed up the first half of our split and right now we're just really focusing on keeping our synergy and keep getting better. If we win and go to playoffs then that's great, but if we don't, there's still summer split. We’re obviously showing a lot of improvement and we're getting much better as a team. I would compare this team night and day from Week 2 or 3 to our current form in Week 6. All five of us are starting to become friends, which is something that we didn’t have early on. We didn’t really feel like a team, but now we’re spending a lot of time together and enjoying each other as people rather than just working with them in scrims. Everything is getting better. I think going 2-0 in Week 1 might have baited us a bit in making us think we were better than we actually were and kind of inflated all of our egos. I think everyone is a lot more humble now and focused on improving.

When the CG roster was first announced, many thought CG could be near the top of the standings, or down at the bottom. What are your thoughts on the sentiment that CG has high variance?

The high variance meme is pretty funny. I mean, it has some merit, obviously we have a lot of players that have big egos, and that’s not counting myself out. I also think very highly of myself. I think I am very good right now but I still have a lot to learn. I think going on our losing streak everyone got brought down, and I was like, damn, we are actually not good. What we’re seeing right now, Huni is actually starting to sacrifice for the team. Even on carry picks he’s not dying a lot, he’s really just playing well. We’ve been playing a lot around Piglet and he’s been playing super well. Maybe he’s had some individual blunders but that happens and no one is mad at him for that stuff, we all support him. If a game is on one person to carry and that person doesn’t carry, no one should be mad, everyone should be happy that the player was given the opportunity. Even after the game you have to go and raise that guy up and say, “dude, you played incredible and it doesn’t matter that you messed up this one thing, think about the first 25 minutes of that game, you were doing super well and next time you’re going to be able to carry”. You just have to be able to give that confidence to each other. ___ Izento has been a writer for the LoL scene since Season 7, and has been playing the game since Season 1. Follow him on Twitter at @ggIzento for more League content. Image courtesy of LoL Esports Flickr