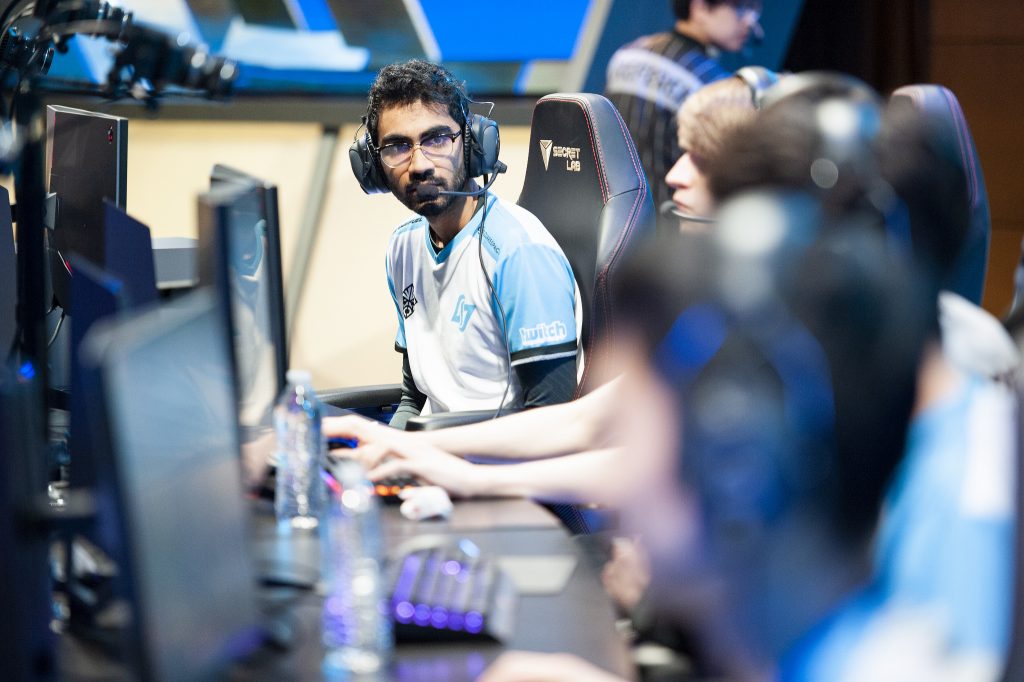 CLG Darshan: “I try not to care too much about what people’s opinions are about me, especially on things like Reddit because they can only see it at a surface level…”

Izento 2019-02-19 07:46:00
Counter-Logic Gaming handidly beat Clutch Gaming in their game during Week 4 but lost to the rising power of Golden Guardians during the second day. The team is still a large question mark as to whether they will be able to pull things together in time for the playoff race, but there seems to be some light at the end of the tunnel. Esports Heaven got the chance to speak with CLG's top laner Darshan about the game against Clutch Gaming, using TP effectively, criticism against him, Biofrost as a shotcaller and his time as president so far.

The game against Clutch Gaming was a hard crush. Kassadin was enabled pretty heavily. You guys looked like you were running around the map doing whatever the hell you wanted. How did that game go for you personally in the top lane?

It felt pretty easy. I think typically Clutch want to have the early game strong compositions and they had that again but they failed to utilize it well. We capitalized on their mistakes and then we scaled pretty easily and as soon as we got our power spikes we kind of just rolled over them.

You’ve had some really great TP plays this split. TP has changed to where you can’t cancel it and Huni TP’d into your entire team. So, what are your thoughts on the TP changes from a top lane perspective?

You just have to be a lot more careful about your TP location, especially as a carry and especially as the game goes on later. Now that everyone can play around the fact that the TP can’t be canceled it’s really easy to turn onto the TP once you see it being cast. So, I just think you have to be very mindful of where and when you TP into a fight or a situation and Huni in that situation, I felt like he thought he was a lot more tanky than he was, so that TP cost him a lot this game and cost his team a lot. When you’re making mistakes with your TP like that, it’s extra punishing, especially when you’re an early game composition.

TP can just be thought of as another summoner spell that a player uses to get an advantage. Is this the case for you when it comes to TP? Is it a player resource? Or is it more of a team resource where the team decides for you when and where you should TP?

Usually I decide my own TP because I’ve been playing for so long and I think that TP as a spell in general depends on your composition and what champion you’re playing, like for example, if you’re playing a champion like Fiora, you’re going to be more greedy with your TP to scale, but if you’re playing a tank like Sion, you’re a bit more selfless with your TP, you can do things more for the team. I think it just depends on what your team needs to win the game and I think a lot of the time people TP for like 3-6 more creeps, even high level LCS players and the question you ask yourself constantly is, “is this actually worth it”? And I feel like a lot of LCS players haven’t asked themselves this question. So they’re just like, “enemy top laner TP? I should TP”. This is something interesting that I see BrokenBlade do frequently; he holds his TP in several situations where I think a lot of other top laners would TP and he gives up a couple creeps to have his TP for a later lane advantage or something else.

Touching on general narratives, one theory that some fans have had of you as a player is that now that you’ve taken on responsibility as president for the player’s association, that has somehow downgraded or affected your play. What do you think about this narrative?

I think it’s pretty funny, it just reminds me that a lot of people will make up whatever story. People have to make a story out of whatever is given to them, but the reality behind it is that it doesn’t take up nearly enough time to take away from me getting better or just my general wellbeing. I think it hasn’t really changed anything and if anything, as the years go by, I’m getting better and better and more flexible. I try not to care too much about what people’s opinions are about me, especially on things like Reddit because they can only see it at a surface level and I think it’s something that’s really important for everyone to remind themselves of because if you start losing a lot or things start going poorly, I think a lot of pro players’ reaction is to go on Reddit and read it, you even see it from team owners or a lot of influential people in the community reads Reddit. I think it’s important for the individual to discern what is actually true versus what people are saying on Reddit or what the narrative is from Riot or whomever.

How has Biofrost grown into the team as this shotcaller? Previously last year, the whole idea was that Biofrost and Huhi were kind of duo shotcalling and then Huhi took the reins. Now all of that has shifted onto Biofrost. How has that transition been in terms of team cohesion?

I think Biofrost has been doing a good job this split stepping up and Weldon has empowered him to take more responsibility, which is good. I think the term shotcaller is very abstract and you can cover a lot of different communication roles. I think Biofrost is leading in some aspects but everyone on the team has their area of leading in communication. Biofrost has been doing a great job but I think everyone has been doing a fantastic job and it’s not just one person leading the team, it’s kind of like a five man effort.   How is the player’s association going and your position as president? Also, how familiar 5 you with what is going on in the general esports space about player’s union, say for instance CS:GO? I know that it’s emerging in their space as well too. How familiar are you with outside entities and how is your position going as president? So far I think we’ve accomplished something as a player’s association. I think there’s still not as much attendance and not as much interest in the association as I would like collectively. I think it’s one of those things to where, when we show the players what we have accomplished then more people will be more interested and more people will contribute. I think there’s already a decent amount of people that are already interested and we’ve already done a couple of things so far, some of which I can’t talk about yet, but the rule that spawned from the Altec and Fenix situation is a good example. It was a pretty minor victory but I think it’s good to say that, “hey, the player’s association is here to try and help players, we’re here to try and make a difference. I know we haven’t done much so far but we’re trying to do whatever we can to help players and make a difference”. As for other esports, I heard that CS:GO players are interested in a union, and I haven’t read too much into it, but I think it’s a really important step for any long-standing esports to make at some point, whether that’s OW or Smash. Players need to have certain rights, and when players need someone to turn to there should be some entity and more often than not, the players don’t have that unbiased party or that party that’s like, “I’m here to help you”. That’s what I think is great about the player’s association, when players are getting screwed by their org or things are going bad, they can go there and they can get help.

What’s your opinion on player agents? It feels like a player’s union overrides what a lot of what a player agent does. To be clear, I’m not fluent in all of what a player agent does, but it seems like some of these issues should be helped by player agents. So, do you think this affects that space of player agents and the utility of them? I think it definitely affects the player agents a little bit, but for example, the player’s association, it’s really nice if players have question about literally anything, from contracts to wellbeing or anything, they have somewhere they can go that isn’t going to necessarily going to cost them money. When you’re working with agents, one, it’s going to cost you something, and two, you don’t even know if they’re good. Another issues is that a lot of these players are young and they’re coming in and it’s hard to say if an agent is good or bad or if they’re actually helping them. It’s really good to get unbiased opinions and other perspectives on, “hey, is this agent good? Is this agent bad? What is your previous experience working with them”? I’ve seen a lot of young players where, the first agent that comes up to them they’re just like, “yeah, I’ll take that person”. I think that what I want with the player’s association is not, “no, agents shouldn’t be in the space”. I think agents are healthy and there’s definitely a need for them but I think I just want people to be more informed and educated. ___ Izento has been a writer for the LoL scene since Season 7, and has been playing the game since Season 1. Follow him on Twitter at @ggIzento for more League content. Image courtesy of LoL Esports Flickr