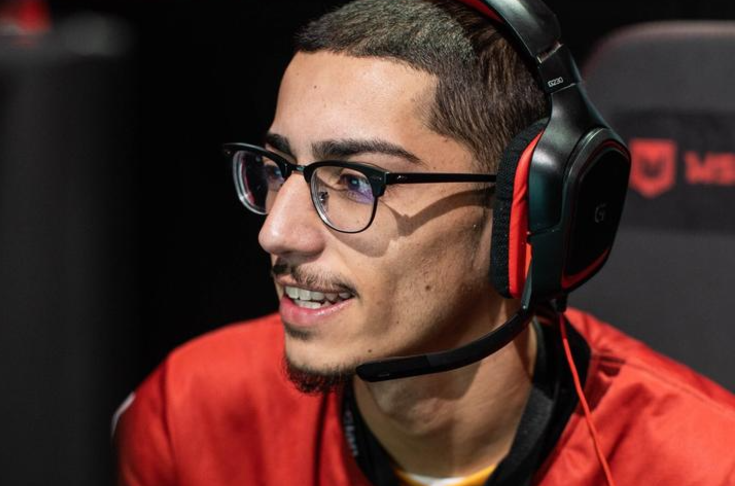 ClipZ on the genesis of FaZe – A Happy Accident

KarY 2021-03-11 04:20:40
FaZe Clipz was kind enough to sit down with Esports Heaven for a quick interview on how FaZe was formed, his current influence in the organization, journey of being a content creator and more.

Let’s start from the beginning.  You used to search online forums to find Halo/CoD  tournaments to begin your competitive career. Can you elaborate for young people/newcomers how opportunities differed back then compared to now? I used to play local Halo 3 LAN tournaments and that’s what got me interested in MLG and the competitive culture of video games. My friends and I would look for ways to compete and put ourselves out there whether that meant ranking up in-game to the highest level so we can compete against ''pros'' or searching for a website that had a leaderboard so we could try and show our skill. You were one of the OG founders of FaZe Clan. Would you consider the formation of the team to be a happy accident? Definitely something that nobody could ever predict! Tell us how the transition has been going from being a founder to a content creation role. I feel like there is no actual transition from being a ''founder'' to a content creation role. FaZe Clan was founded on creating content and having fun living your passions. I do that and have been doing that for as long as I can remember. I’d like to talk about the quality of popular games about a decade or so against comparative titles now.  Coming from old-school CoD, how does the experience in modern battle royales such as Fortnite compare? Do you find the same enjoyment as you did then? I think as time goes on the quality of games should evolve. There's a reason most people don’t play games from 10 years ago for more than an hour.  However, games like Fortnite or CS:GO are still huge and they continue to update their game instead of trying to resell you what was missing or things that needed to be changed. That’s an approach some people should take note of. A lot of former organization founders started as gamers and transitioned into a business oriented role. George “HotshotGG” Georgallidis of Counter Logic Gaming and Andy “Reginald” Dinh of Team SoloMid come to mind.  However, a lot of them retained that role. How’s your journey been? Do you still have any organizational influence over FaZe? My journey has been amazing and very unique. When I started FaZe Clan in 2010 with Ben & Jeff, we were just kids who played video games together. We didn’t have social media. We didn’t have each other’s phone numbers. We were trying out this website called YouTube and just so happened to create one of the worlds largest gaming organizations. But before FaZe was what it is today my Xbox ''red ringed''  and the only way we talked to each other was through Xbox voice chat. Video games [were not what they are] today. There was no esports on ESPN. There wasn’t a Twitch streamer on Good Morning America who just won 3 million dollars.  So times were different when my Xbox broke and my family wasn’t in the best financial situation, so they didn’t believe investing in an Xbox at the time would benefit. I was like 14 at the time—a freshman in high school—and I didn’t even think about video games again until 2016 when Tommy or FaZe Temperrr reached out to me and we linked up in New York at the FaZe house and they changed my life. I never saw an opportunity like this and they brought that to me. I don’t have any organizational influence in FaZe Clan at the moment. What kind of exercises do you do to keep your skills sharp in and out of game? Every day I make sure I stay consistent with my goals. Whether that be playing scrims for a few hours and then posting some content to TikTok followed up by a stream or taking some time to step out of the virtual world and getting some good food with fresh air from outside. Finding that balance is important for me. There’s a common misinterpretation that COVID hasn’t affected streamers, gamers, and content creators much in comparison to people in other fields. Does this ring true to you? How has life changed for you in the past couple years? For me creating content sometimes involves traveling. In order to do certain things, I have to network in person or attend events. We can’t really do that now and learning to adjust has been interesting.  I will say life has changed for the better just because I was able to use my situation of being stuck at home to find a way to make it work. I was able to grow my digital footprint up to almost 1M+ Do you ever consider actively competing again, beyond the realms of being a high level content creator? Where do you see yourself in, say, 5 years? Honestly, I don’t know if I can keep up with these young guys anymore. Playing at a high level involves a lot of sacrifice and there really isn’t a game that seems worth that sacrifice to me right now. In five years, I will probably be enjoying a nice view with some good food, haha, still creating and finding ways to innovate internet culture. Any hobbies / interests outside of gaming and content creation? I've always loved music since I was a kid. The whole creative process behind music is beautiful to me. I love art in any form to be honest. That’s a wrap. Thank you for your time. I leave the floor for you to say any remaining things you wish to say. I appreciate you for the interview! #FaZeUp Michale Lalor is the Editor-in-Chief at Esports Heaven. Follow him on Twitter at @ESHDrexxin. Kindly support us by following Esports Heaven on Twitter and keep tabs on our website for more interesting content. Cover image courtesy of Clipz' Instagram