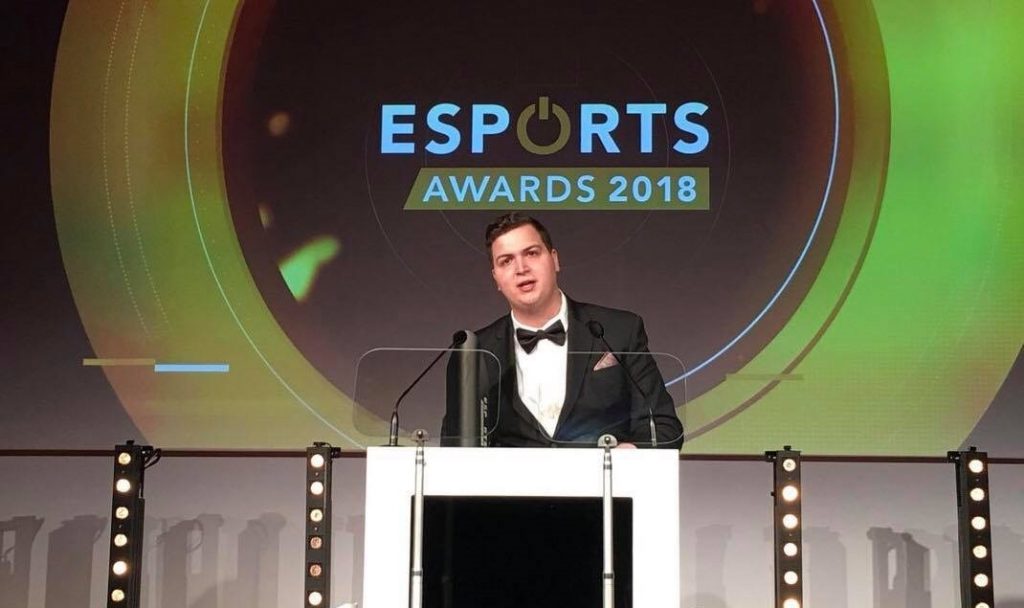 DreXxiN 2018-11-30 04:12:33
This is an article where I shamelessly shill Jacob Wolf. Jacob Wolf was just awarded as 2018 Journalist of the Year, so I wanted to address a few things that have made this award a long time coming. Firstly, I’m choosing to publish this on Esports Heaven rather than Medium or another blog because Jacob Wolf was instrumental to the development of Esports Heaven.  Both directly and indirectly, this place would not be the same nor would it have been capable of helping me develop a lot of up-and-comers in the way I’ve been able to up to this point. When Jacob first approached me, it was one of the most memorable “interviews” I recall having before bringing someone on board.  The very first thing he advertised to me was his work in the music industry, where he ran his own EDM site (a lot of the best people in the field now started with a wide array of talents including most of the people I’ve worked with such as Kelsey Moser, Froskurinn, etc, but we’ll save that for another piece entirely.) He had almost no experience in esports specifically, but I could just feel the ambition emanating. Within a couple weeks, I just knew, “Holy shit, this guy is going to be a superstar some day.” Wolf has been a super star for quite some time, but I’m glad it’s finally warranted him an award placing him as best in the field. Watching Jacob Wolf grow has been a pleasure.  He’s always been able to maintain character while also analyzing his behavior and always looking to mature based on feedback and reception.  He was a one-of-a-kind guy in the space that had the inner-workhorse of an introvert, but with the extrovertedness to make connections and be sociable in a way that was very unique at that point in the field of esports. My relationship with a lot of colleagues at this point—aside from the typical Skype-group banter—was largely just based on work, editing, publishing, and other logistical things.  This wasn’t the case for Wolf. He was so passionate and caring about the industry—the morals, ethics, advancement of the space, etc. It was a delight just having conversations with him about what’s right and wrong in esports, what people are doing wrong, and how bizarre the limited work ethic and missed opportunities were in the industry. In this regard, Jacob Wolf was one of the most relatable colleagues I’ve had the pleasure of working with.  He was genuinely floored what wasn’t being done and always sought out to be flexible enough to capitalize on all of those missing avenues in an ethical manner that pushed esports forward. But let’s talk about how he changed Esports Heaven—and me.  At this point, I was always proud of how many hours I could invest into my work; one could say I had quite the ego to stroke in terms of work ethic.  Jacob Wolf constantly challenged that. There’s not many times I’ll proudly exclaim that I’ve been interrupted on my time off, but when there was change that was needed, corruption that needed to be exposed, and so on—it was “we will rest when we die.”  There were times I’d get calls in the near middle of the night, or out on a date, but when it was Jacob Wolf, I knew it was important, and I knew we’d make a difference. I have to personally thank Jacob Wolf for pushing me to the next level in this aspect, and really allowing me to reflect on what’s important, and putting impactful actions over hedonism. Up until this point, I felt largely unchallenged in what I was willing to give up to make this esports thing work compared to rest of the newer generation. ____   The other major change, as shameful as it is to admit now, was his departure.  For Jacob Wolf’s stint at Esports Heaven, he did it all entirely on a voluntary basis, which makes it that much more impressive. In this era, Esports Heaven was almost entirely a volunteer org, with just me and Joe LoGuidice on payroll as Editor-in-Chief and Deputy Editor respectively (whether this was different before Richard Lewis handed the keys to me, I’m not sure.) To make a long, agonizing story short, even with arm-pulling and desperate pleads, it was impossible to get Jacob Wolf on payroll. I knew with his reporting, the traffic it brought in, and the inspiration it brought to others on the ESH team, we absolutely needed to have him on salary, but Heaven Media was not having it at the time, and did not believe in the return-on-investment for even half my salary. Jacob Wolf eventually left for greener pastures, and I was excited for him as he deserved to climb, and quickly. When he did, he was very apologetic (having no reason to be) and transparent with me over several calls on upcoming gigs and his integration into DailyDot. Sometimes you don’t appreciate what you had until you lost it. Jacob Wolf leaving Esports Heaven caused a ripple effect, wherein perhaps regret had set in, and I’d finally been able to convince higher-ups to start paying people for their work—everyone I could -- a very foreign concept in esports at the time still, and something I couldn’t claim to have done at GosuGamers, either. ____ It is a tough time for independent journalism; every other week it seems there’s an announcement of a beloved outlet shutting down.  I won’t lie and say Esports Heaven is in a golden age, but I’m very happy that we’re still afloat and paying people for quality content. Long after his departure, Jacob Wolf’s fingerprint persists. He is at least partially to thank for the outlet’s longevity, the change needed to make that a possibility, and for pushing me personally to persevere in times like these.   From the bottom of my heart, thank you and congratulations, Jacob Wolf.  On to the next goals!