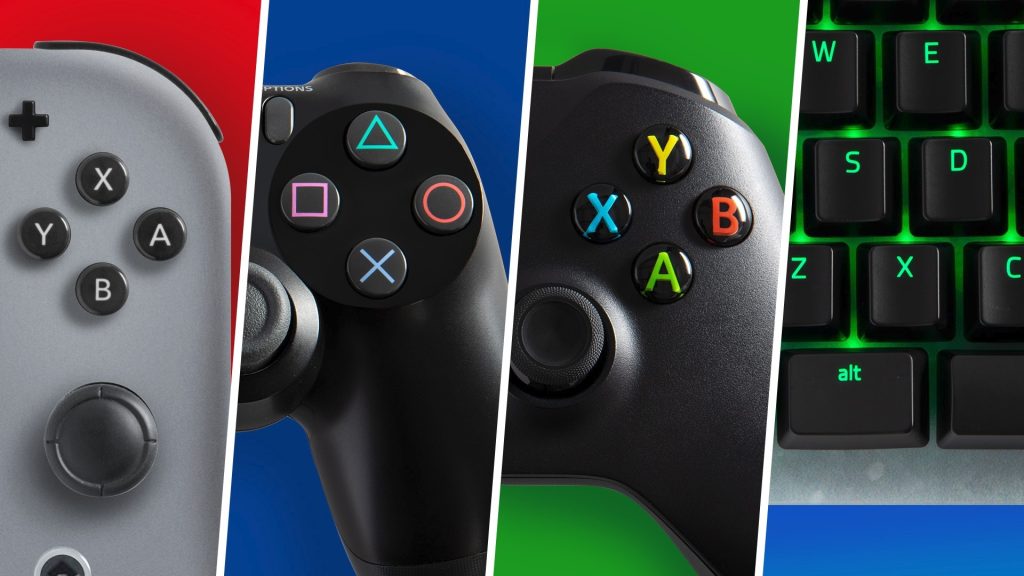 Cross-Progression: The Future of Gaming

Andrew Czysz 2022-07-22 03:41:15
Since the 1980s, various generations of people have grown to love video games. From 2D side scrollers to 3D Open-world games, they have evolved quite well within the last 40 years or so. However, a drawback is not being able to carry over saved data from a game on to a platform of your choosing. Luckily in recent times, a certain feature has grown in popularity. This feature is cross-progression. Cross-progression is a feature that could change the way we see video games today.   What is Cross-Progression? Cross-Progression is a new concept in gaming. It allows people to play a game on their PlayStation, Xbox, Nintendo Switch, PC, or even their mobile devices while keeping their save data fully intact regardless of platform choice. The concept itself is quite understandable. There is a majority of people who would love the availability of playing their favorite games on any platform, while also keeping saved data with them.  Another term, coinciding with this feature is cross-platform play. It allows gamers to play with their friends regardless of platform. However, cross-progression seems to be more in demand these days rather than cross-platform play.  Since cross-progression is relatively new, the gaming community will have to set the tone for how successful it can be.  How has cross-progression been received by the gaming community? Considering video game developers such as Bungie and Epic Games have adopted cross-progression into their games, it is safe to say cross-progression is heavily favored by the gaming community. Cross-progression has garnered an immaculate amount of demand. This goes back to the definition of it: Transferring one’s progress on a game over to whatever platform they play it on.  Needless to say, the demand has been met. Due to this, an abundance of games have the feature now. This also means other developers may follow these footsteps in the near future, since it has been given such a positive notion.  What games currently have access to cross-progression? Given that a good amount of games have it already, let's focus on the bigger titles. The list includes Destiny 2, Fall Guys, Fortnite, Rocket League, and Minecraft.  These are some of the most popular video games out now supporting cross-progression. At the start, these games did not contain it. However, games like Minecraft had cross-play when it first came out. This is because cross-play was a thing before cross-progression was. In fact, the first game to feature cross-play was Final Fantasy XI in 2002. The vastly popular RPG allowed players to play with their friends regardless if they had either an Xbox 360. PlayStation 2, or PC.   What games are looking to add cross-progression? Shifting back to the main focus, there is one game (and esport) in particular looking to add cross-progression between consoles and PC. The game is Tom Clancy’s Rainbow Six Siege. Ubisoft’s tactical shooter has added the feature to an extent already. However, it only allows players to carry on their progress by “console family.” This means cross-progression only takes place between Xbox One and Xbox Series, PlayStation 4 and PlayStation 5, and between PC and Google Stadia. Although this is the case, Ubisoft plans to add cross-progression between console and PC in their Year 7 Season 4 update, coming near the end of 2022. However, the addition is subject to delay. A new game looking to implement cross-progression and cross-play is MultiVersus, a free-to-play fighting game published by Warner Bros. Interactive Entertainment. Warner Bros has confirmed MultiVersus will launch with both cross-platform play and progression on July 26th. Other games set to add this feature in the near future are Apex Legends and Overwatch 2. Blizzard has confirmed that Overwatch 2 will launch with both cross-platform play and progression on October 4, 2022. Respawn Entertainment, is open to adding cross-progression to Apex Legends in the future. However, there is no official release date at this time. Since a multitude of games have or will be adding cross-progression soon, let’s evaluate how it has impacted the video game industry. How has cross-progression impacted the video games industry so far? Just by analyzing the amount of developers adopting the feature, it is clear to see how it has changed the gaming industry. It has altered the industry in a way where cross-progression may be considered the "new normal" in gaming. Cross-Progression has made companies like Nintendo, Microsoft, Sony, and Epic Games look more consumer-friendly than ever before. As again, you can carry over saved data from a game across any platform. It is a luxury to have alongside cross-platform play, which is included in most of the games mentioned previously. Cross-Progression has an immaculate amount of potential already being shown off. The feature is a peanut butter and jelly combination alongside cross-platform play. Cross-progression has also received a lot of support from the gaming community too. However, the main area of critique is if cross-progression can take over the future of video games as we know them today. Will cross-progression be the future of gaming? The answer is “potentially”. The main drawback is that it's blocked off by either Nintendo, Microsoft, or PlayStation if they all cannot agree on a game having cross-progression and cross-platform play. Back when Fortnite released for the Nintendo Switch on June 12, 2018, Sony initially blocked access to cross-platform play and cross-progression. This meant PlayStation 4 players could only play with people on PC and iOS. Also, if a player had an Epic Games account through PlayStation 4, they could not link it to an Xbox One or Nintendo Switch. The gaming community did not take this decision kindly, as there were several people on Twitter calling Sony out in regards to the blockage of cross-play and progression.  Here is an example below;

Annoyed @PlayStation for holding my Fortnite account hostage because they don't want to play with others. Pretty sad that I can't use a third party login on the Switch because it's linked to PS4. Pathetic @Sony, pathetic. #BlameSony pic.twitter.com/OfRG55meXr

After months of unbearable levels of community backlash, Sony finally allowed cross-play and progression in Fortnite on September 26, 2018. This would allow PlayStation 4 players to link their Epic Games account over to an Xbox One or Nintendo Switch and play with their friends, regardless of platform. Although this occurrence only happened once, it does not rule out the possibility of this situation happening to another game. When analyzing what cross-progression is and how it has transcended the gaming industry, it is clear to see why it could be the future of gaming, and change the way we see video games today.  If you enjoyed this piece, follow the author on Twitter at @AC_32 Image courtesy of Xbox via Facebook