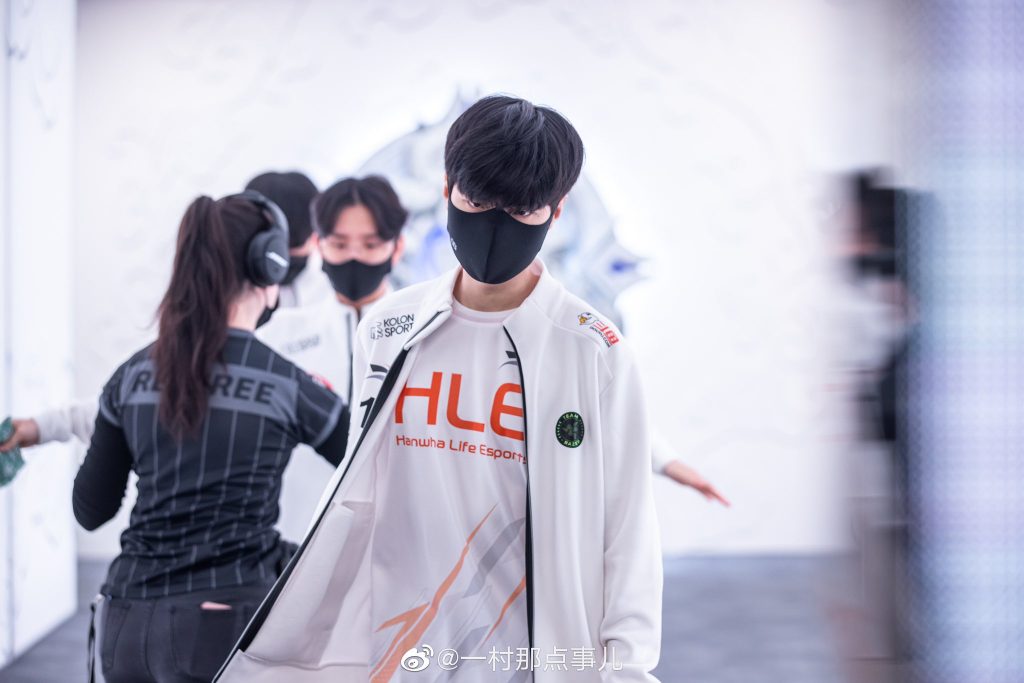 Mush 2021-10-23 03:24:09
more
Deft will be heading back to Seoul now, after spending a few weeks in the beautiful but fiercely foreign landscapes of Iceland. It is a far too familiar feeling for the ADC who has been eliminated from Worlds 4 times in the Quarter Finals, only going further in his first time attending, back in 2014 with Samsung Blue. Despite falling short time and time again, Deft has been standing strong for more than 8 years now as a professional League of Legends player, his eyes never leaving the one coveted prize he hasn’t gotten yet: The Summoner’s Cup.  Kim Hyuk-Kyu, regardless of how long he has played League of Legends, has just turned (only) 25. He has been a professional player since 2013, the year Faker took the world by storm. Alongside the Demon King, Deft has had one of the most consistently impressive careers of all time. He is one of the best ADCs to ever grace the Rift, sharing the metaphorical throne with Uzi and Ruler.  A journey under legendary supports 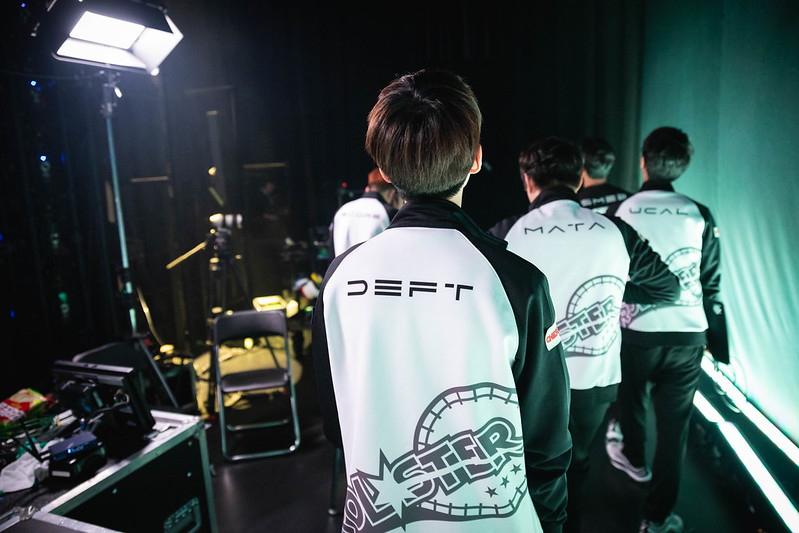 Deft first stepped onto the Worlds stage in 2014, where he was eliminated by Samsung White (the eventual winners) in the Semi-Finals. He won his biggest title in 2015 with EDG, taking down Faker’s SKT 3-2 in the MSI finals. He ended his time in the LPL by winning the Summer Playoffs with EDG, but the team was eliminated in the Worlds 2016 Quarter Finals by Fnatic.  It was time to return home, and after a mostly uneventful 2017 season, KT Rolster won the 2018 LCK Summer with the most stacked roster the region ever witnessed. Deft and Mata, a bot lane fusion of the Samsung Sister teams of 2014, Pawn, Score and Smeb. Even all this talent wasn’t enough to surpass IG in the Quarter Finals of the 2018 World Championship. The team separated and Deft and Pawn joined Kingzone Dragon X. The veteran roster never quite managed to get much success and the team ended up rebuilding in 2020 around Deft, starting a new era in the ADC’s career.  A Master must lead Up to this point, Deft had shared the Rift with players as or even more experience than him. Now, with Kingzone rebranding to DRX, the once young Alpaca had to become the Big Brother (Hyung) and lead a squad of talented rookies. After absorbing years and years of knowledge from legendary supports like Meiko and Mata, it was Deft’s turn to pass on the teachings to his new partner in the bot lane, Keria, and the Maestro of the Mid lane, Chovy. The Apprentice must now be The Master.  Deft’s experience and CvMax’s leadership managed to take a very talented team to nearly the top of the LCK, but the mountain’s summit was already occupied by the future World Champions, Damwon Gaming, who eliminated DRX in the quarter finals of Worlds 2020. Deft’s curse remained, and still does today. Maybe the tough loss to T1 shall now declare Faker’s team as the favourite, but I think Damwon and EDG will have something to say about that.  Not worthy of the throne (yet) As Monte, Thorin and Dom discussed in “The Goat” episode of Summoning Insight, there is a bittersweet aftertaste to Deft’s career. He has choked a lot of important games in his career, seems to frequently fall short of his expectations and his mechanical skill can’t be what we blame. He has some of the highest peaks in the role’s history, but also manages to disappear when he is needed most. He has had a lot of extremely talented teams, so his achievements are a double edged sword. Yes, he has reached the Worlds Quarter Finals with FIVE different teams, but why hasn’t he won yet? 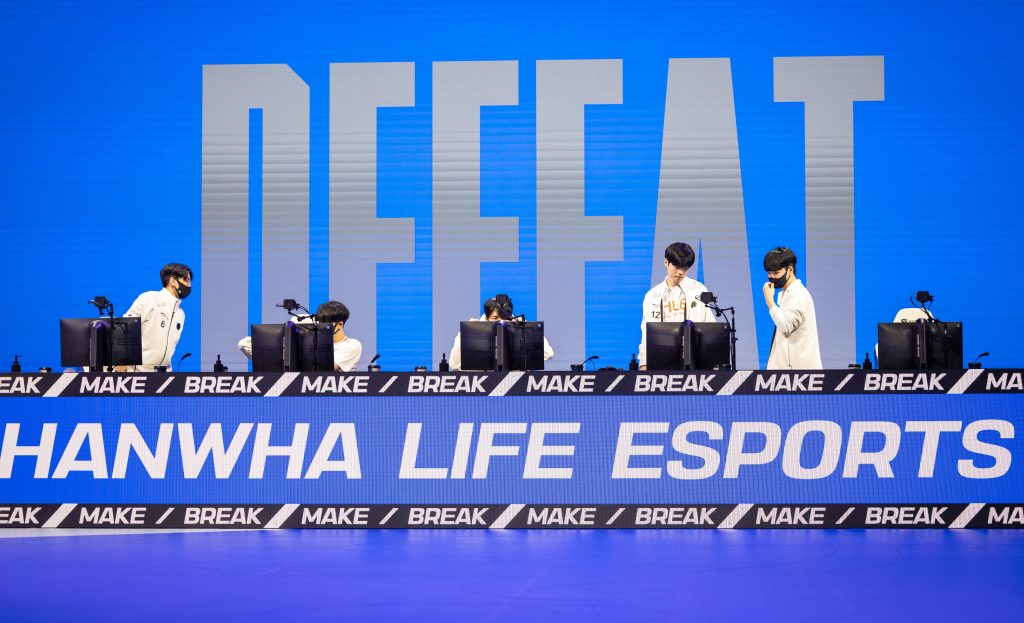 It seems now that, since the change in Eras happened, Deft’s teams have been getting worse and worse each year. The KT super team led to a talented-yet-flawed DRX roster, and now HLE effectively took Deft and Chovy only to surround him with worse teammates. Despite this downtrend in teams, he is exactly where he has been all those times before, Worlds Quarter Finals. The Chovy Life Esports is a funny (and sometimes true) angle, but Deft has lifted a lot of weight off of Chovy’s shoulders since LCK Regionals and has arguably done most of the heavy work since the team arrived in Iceland.  Last chance? Quarter Finals definitely wasn’t a good look for HLE’s ADC, but the whole team looked psychologically broken after losing the first big fight in game one. Domestic matchups in international tournaments often lead to skewed results, and HLE’s drafts looked very questionable. Yes, Deft was highlighted for his sometimes puzzling item builds, but he still played a much better tournament than most expected. With this in mind, as he leveled up his clutch factor and his mental game enough to reach the top of the world if he gets another chance?  Retirement hasn’t been a topic of conversation yet, but with Khan announcing that this will be his last year competing, it is hard not to imagine that Deft’s career might be ending soon. He is only one year younger than Khan and the ever looming mandatory military service in Korea won’t give him much more time. With this in mind, I truly believe that we deserve to see Deft surrounded by a championship winning roster again. After Worlds 2021, he seems to have strengthened his mental game and has proved that he still has the talent. 2022 can be the year of the Alpaca if someone decides to rebuild HLE around Deft and Chovy, but only time will tell.   The legendary ADC hasn't lost hope yet though. He wrote the following in an Instagram post translated by Ashley Kang: "I did not get the result I had wanted. But at least some of my self-loathing and doubt I had last year has now disappeared, and I do believe I can do better. Thank you, for once again giving me the support I do not deserve this year." The clock is ticking, Apprentice. When will you do what it takes to win the Summoner’s Cup and cement yourself as the greatest Ad Carry of all time? A throne is only built for one, it’s about time you take it for yourself.  If you enjoyed this piece, follow the author on Twitter at @Kaaaosh. Check out our LoL section for more coverage. Images courtesy of Riot Games. Featured image courtesy of @Yicun_liu.