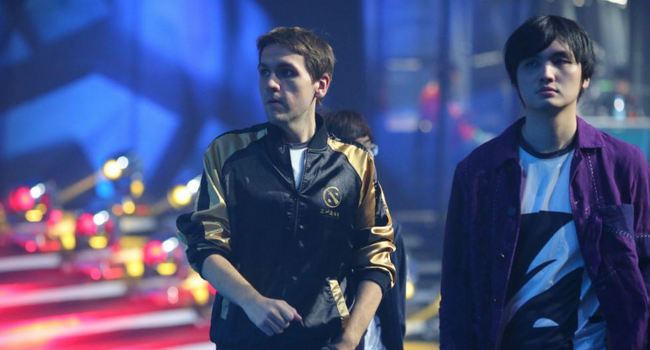 KarY 2018-07-11 11:14:06
Dominik "Black^" Reitmeier has left Indian esports organization Entity Gaming after being with the team for nearly two months. When contacted, Black^ confirmed the news of his departure from the team and is now a free agent looking for a new home. Black^ signed up with Entity Gaming shortly before the Open Qualifiers for The International 2018 started in a bid to qualify for the pinnacle event of the year. Surprisingly, the team performed admirably and qualified to the Regional Qualifiers on their second attempt after losing to TNC Tigers in the first open qualifier. They managed to secure a top four finish in the group stage thus cementing their spot in the  play-offs. Entity Gaming lost to TNC Predators in the upper bracket and had to face TNC Tigers once again. With odds stacked heavily against them, Black^ and his teammates successfully took the match to a complete three game series, however, were met with defeat by Sivatheeban "1437" Sivanathapillai led Tigers yet again. Black^ is one of the most beloved personality in the industry and has had successful stints with Chinese juggernauts like LGD International and Vici Gaming as well as Mousesports and Team Faceless. He is known for his farming prowess and is popular for his iconic Antimage plays. Black^'s departure leaves Entity Gaming down to four players namely, Jure "Pingvincek" Plesej, Mikki Morch "HesteJoe-Rotten" Junget, Danny Morch "NoiA" Junget and Job Real "Jobeeezy" Ramos. At present, it is unknown whether the remaining players are still a part of Entity Gaming or if they are sticking together or going their separate ways. EsportsHeaven will be conducting an interview with Black^ soon to get latest updates on his whereabouts and future plans. Stay tuned! Image courtesy: Entity Gaming Die-hard Dota 2 lover at heart. Reading and writing are not just hobbies; they're my life. Family man, ardent esports follower and a boring personality. If you would like to know more about my work, you can follow me at KarY.