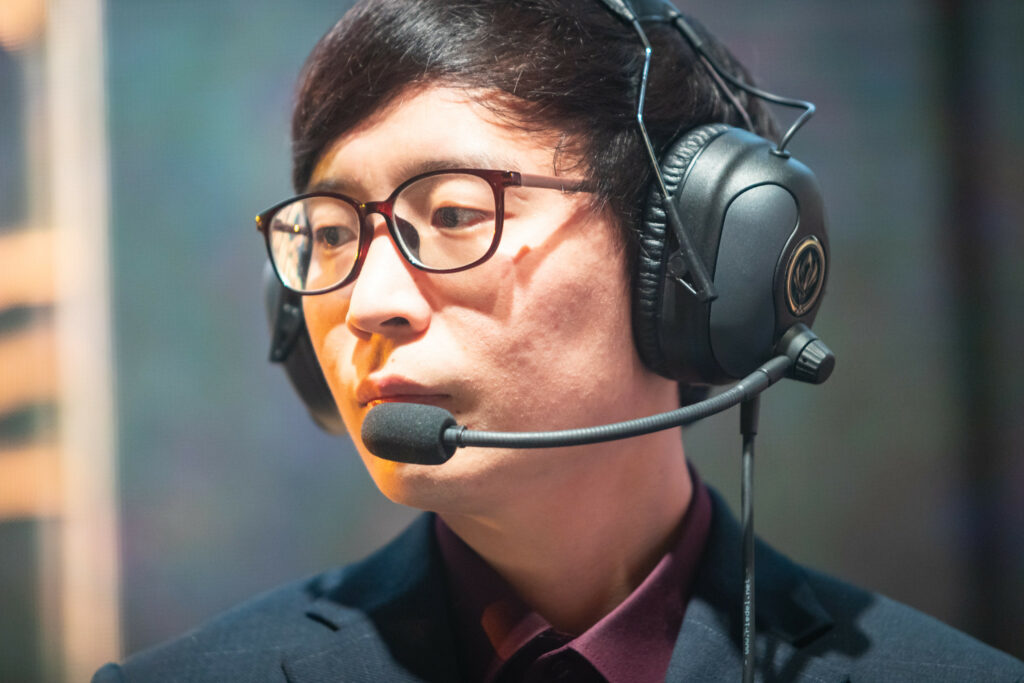 DWG Zefa [Head Coach]: “Speaking of farming style junglers, it’s not only about our camps, we can also zone out and farm the opponent’s jungle camps with counter-jungling. That’s one way of farming”

Izento 2020-10-04 07:28:30
Damwon Gaming is looking like one of the best teams at this Worlds Group Stage. After handedly beating Jingdong Gaming and Rouge, DWG have even shown some tricks up their sleeves by pulling out Lulu for Nuguri, a pick that surprised many. After winning Coach of the Split in LCK, and having major success by winning an LCK title for Summer Split, Zefa is making waves as a head coach. Formerly an ADC for Najin back in 2013,and a coach for multiple teams including Afreeca Freecs, Kongdoo Monsters and T1, Zefa is back to reclaim glory with DWG. Esports Heaven got the chance to speak to head coach Zefa about his team’s playstyle, managing superstars, the current meta and its development, and the change in Korean playstyle.

First I’d like to get your thoughts on coaching this team in general. You have two of the best solo laners at Worlds. Usually when you have players this skilled, it’s difficult to balance their ego so they can cooperate together. How do you balance resources between big players like Nuguri and Showmaker?

It is true that Nuguri and Showmaker are premier players. Speaking of the balance of these two players, I want to say that because they’re so good, I think we’re easily able to find a balance. In addition to that, we always practice to adapt our playstyle with the draft or team composition. So basically, we all play based on the draft.

Canyon is especially very aggressive these past two games, yet he played Graves, thought to be a farming jungler. In your eyes, is this how Graves is meant to be played? More fast paced?

First of all, Canyon is a really great player, so he has really good decision making in every situation. Speaking of the farming style junglers, it’s not only about our camps, we can also zone out and farm the opponent’s jungle camps with counter jungling. That’s one way of farming. I think Canyon did a great job making decisions and adjusting to the lane situations.

Overall, how has it been adapting to the Worlds meta? Is it vastly different from what you were expecting?

I’m pretty sure that the patch has changed a lot since our LCK finals. I want to say that the foundation hasn’t changed and it wasn’t difficult for us to adapt. Going through all the scrims and practice, our players adapted really well, and I think that’s why we’re doing well currently.

Korea’s style seems to have changed a lot recently, playing much faster than in the past. This is very different from your days on Najin. Do you think Korea has realized that this is currently the best way to play the game?

In the given patches that have gone throughout time, I think in every different patch, you have a different macro that should fit the meta the best and I think comparing the days when I used to play in Najin, as of right now, you’re going to be the most successful when you play aggressively. I think our players are executing this very well. Izento has been a writer for the LoL scene since Season 7, and has been playing the game since Season 1. Follow him on Twitter at @ggIzento for more League content. Photos courtesy of Riot Games Translation courtesy of Riot Games For more LoL content, check out our LoL section