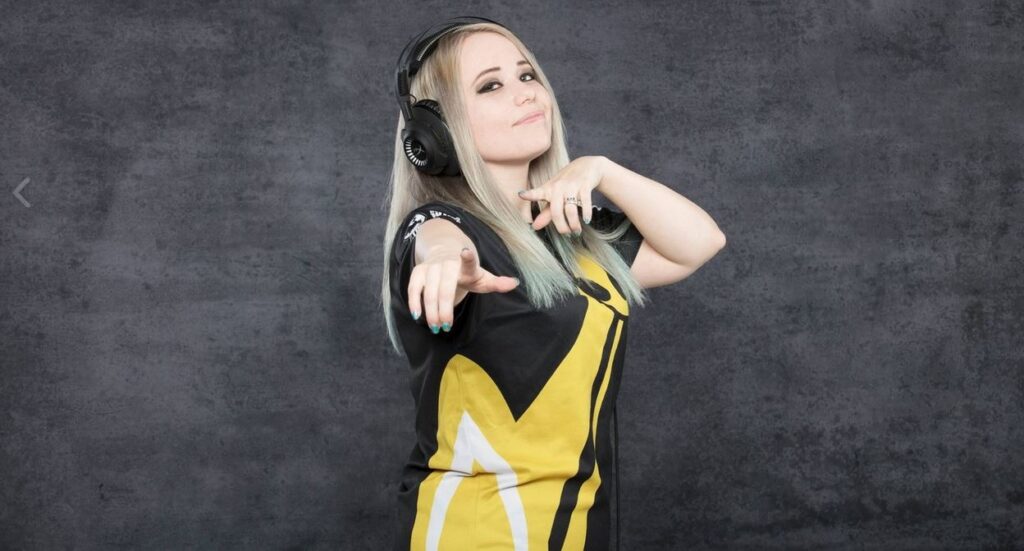 DIG Emuhleet on Playing Both CS:GO and Valorant: “We want to make history by winning a tournament in Valorant to be the first all-women’s team to win a world championship title in two games!”

Izento 2021-01-11 04:55:42
EMUHLEET, current in-game leader for Team Dignitas’ women's Valorant and CS:GO team, has just come off of their CS:GO tournament at Dreamhack Showdown Winter, placing 2nd after a tough loss against their rivals Counter Logic Gaming Red. EMUHLEET is a long time veteran in CS:GO, having played since around 2014 and won several tournaments to her name. Esports Heaven spoke with EMUHLEET after her loss against Violent Roses in the quarterfinals to talk about their series, playing Valorant and CS:GO at the same time, the CSPPA, and the exodus of pros leaving CS:GO to play Valorant.

First of all, let’s talk about your most recent tournament at Dreamhack Showdown Winter 2020. A rather unexpected defeat to the hands of Violent Roses, a newly formed team. In a general sense, what do you think went wrong for your team in this Best of 3?

First off, I am so incredibly happy to see that despite all the unfortunate events going on worldwide right now that we are still seeing CSGO women's events happening thanks to Dream Hack. Unfortunately, on our first match day we were first expecting our match to start at 11am pst,but we only found out at 9am that they wanted to go live at 940am pst. The tournament ran off of an accelerated European schedule that we were not expecting. With that being said, being on the west coast means we were definitely not prepared that day and lacked a warmup. After that day, the admins understood playing before 10am is far too early, and the rest of the week the schedule was fine. I think the way we played the other days when we were actually prepared shows that too!

I noticed on Dust2 you decided to stop awping as the game progressed. Any particular reason why?

Some days I am just really feeling my rifle and my shots there. No need to force an AWP if I am feeling comfortable rifling, as simple as that!

Your team is one of the only teams in history I can think of in esports which have decided to play two games at once, with Valorant and CSGO being your games. How’s that experience been like?

When we first decided to compete in both of the games at the same time, we thought that they were a lot more similar. As we started to progress and learn more about Valorant, even though both of the games are FPS style games, and have the same concept of attacking and defending, they are very much different. As a team we are really falling in love with the new challenges from Valorant. It is such a refreshing and exciting game to play. It is pretty difficult to balance the two simply because there is just not enough time in the day and days in the week to play. However, we strive to be the first by working hard every single day, and we want to make history by winning a tournament in Valorant to be the first all-women’s team to win a world championship title in TWO GAMES! That's our goal right now.

How do you even manage scrim schedules? It must be very tough for your team manager to book them between two titles.

As a team captain, I am the one scheduling scrims for both games every day. I love doing this because I am such an organized person and keep my day planned out 'to the T' in our team calendar. I find that organization is the key to a successful team. It actually isn't as hard as it sounds either. Finding teams to play against is quite easy through certain Discord channels.

Many would say that a player can’t keep a high level while playing two titles at once. One of the greatest esports players of all time did this, in Fata1ity, but as we know, he’s such a rarity in esports history, even to this day. Do you think this split of time has impacted your team negatively in any way?

Fata1ity is actually one of my inspirations for wanting to win a championship in another game title. When I was growing up, I remember hearing about how much of a monster he was in multiple games. This is definitely one of my goals! Splitting the time and not focusing on one game is not easy, but we are a team full of passion and dedication. We just want to prove to everyone that we can do it!

Let’s skip over to some current events in the broader CS landscape. ESIC (Esports Integrity Commission) has recently been discovering several coaches caught cheating during this online era of CS:GO. What are your thoughts on ESIC and the ongoing investigation?

The people that took time out of their day to investigate without being asked to and being paid to do it should definitely get a reward. That was a lot of hard work put into that. I think this just shows that the integrity of online qualifiers and online events are not good, especially for major tournaments with a very large prize pool. Hopefully by next year we can see covid disappearing and more LAN event qualifiers happening again. It’s a very hard topic to be a judge of who's guilty and who's not, and I am not one to judge anyone. I will say that events are now taking precautions by recording voice communications during events, so that is a good step in the right direction.

There have also been reports of stream sniping from various organizations. Has there been any known cases of overall cheating in the female CSGO scene?

As far as I know, there has luckily been no cases of this in the North American female CSGO scene. But then again, the NA CSGO women’s scene is very, very small compared to the overall CSGO competitive scene.

What are your thoughts on the CSPPA? Are female CSGO players participants inside this organization?

As far as I know there are no women players in the organization right now. I'm sure if they do start to add women players you can expect to see a player from my team since we are at the top. Hopefully one day they do add it!

The CSPPA has put their hat in the ring recently with demands to limit audio recordings to only select individuals and entities. Do you perceive mic checks being revealed to the public or other organizations a frequent thing which happens within the CSGO pro scene?

I don't see a problem with audio recording ONLY if they agree not to use it publicly. A team's inner communications is such an important thing to keep private. A team does not want to give away how they are thinking and reacting to their opponents.

Finally, do you think the CSGO pro community should be concerned about the upcoming Valorant scene? You yourself are even stepping into Valorant, and it seems like more and more professional CSGO players and tier 2 players are looking to get into the game. Is there a concern that Valorant may take away the talent of the CSGO scene and leave it with nothing left?

One of the things that I love so much about Valorant is that Riot is constantly listening to the community and reacting to the community's input, which is something that Valve definitely lacks. CSGO will always have a special place in so many of our hearts that have played it for years, however, I think most pro players can agree with me that Valorant is just so refreshing. As you can see, many organizations are already leaving CSGO, partially because of covid-19 causing a lack in finances, but also because a lot of people made a switch and see a positive future in Valorant. I do think that there is space for both of the games to be just as successful alongside each other as well. Izento has been playing CS since 1.6, but has since switched his main game to League of Legends. Follow him on Twitter at @ggIzento for mostly League content. Image courtesy of Dignitas For more CSGO content, check out our CSGO section