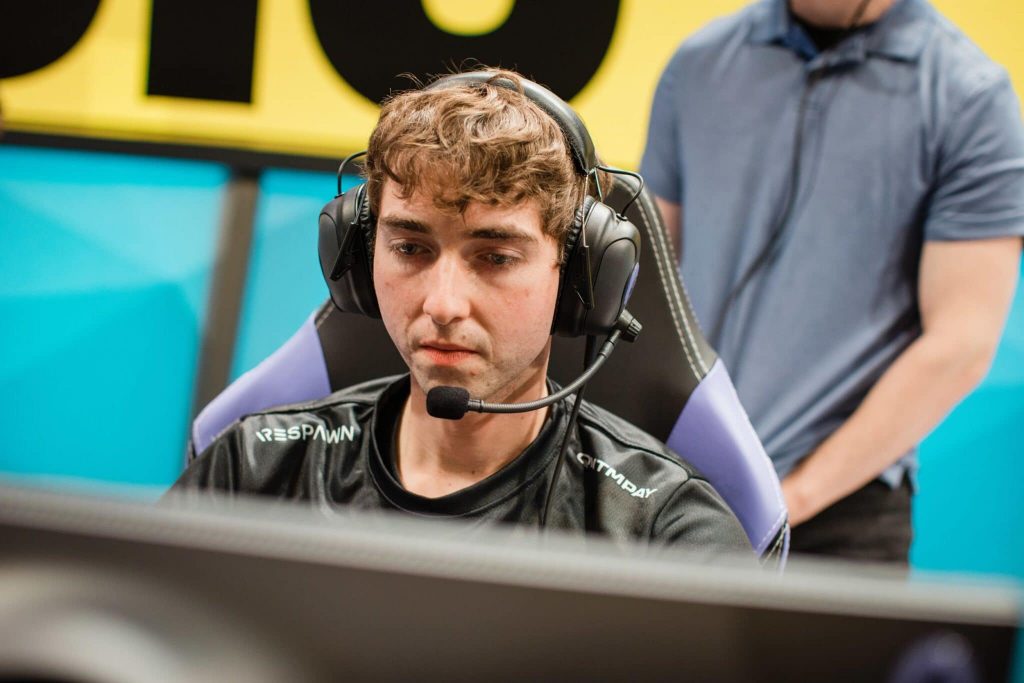 Finally here: Yusui discusses his playstyle, Dignitas, and his journey to the LCS

Oddball 2021-06-30 10:04:23
Esports Heaven was able to sit down with Yusui to discuss him finally reaching North American shores, his playstyle, and the evolution of his team. You had a great game on Lee Sin, and that makes sense considering what we’ve seen of your champion pool, it’s mostly comprised of melee champions. Why do you think you prefer melee mid laners? I think it's my style as a player, I just like playing very aggressive and I don't know, I've just always kind of tended to prefer melee champs. There are some exceptions to the rule. But yeah, it's just generally the champs I performed the best on are champs that can be super aggressive and have a lot of agency early in the game rather than like the scaling mages. So the situation of your arrival into the LCS were quite unusual, did you expect to play in the LCS this split? It was always in the back of my head. The coaching staff told me at the start of the year, and then again at the start of Summer Split that they were like, constantly evaluating the performance between me and Soligo. Just in our respective teams and, yeah. I mean, it was always an option that I thought could happen if I was performing well in Academy. What was your reaction like. Was it a pretty cathartic moment? Yeah! It felt good. I knew I would suck at the beginning. But LCS is in my opinion...like playing LCS is the only way you can really learn more as a player after a certain point. I think Academy, it has its positives. Like you can learn a lot. But there's a cap, because the level of play just isn't as high. And you don't get punished for the same mistakes that you might get punished for in LCS. So there's a pretty big learning curve. And I think the only way to really learn and become a better player is to be challenged, and play against better players. So that's what playing in the LCS provides for me. And it's a pretty exciting opportunity. Even though the circumstances were odd, it’s still a big step that you’ve now played the most LCS games of your career, it was only last year that you were considering retirement. In a game where you see so many people give up after a year just playing challenger, what kept you going? What made you want to keep playing? Last year was just a rough year for me, career wise. COVID definitely made it worse. I was discouraged by my results on TLA and Summer Split. But I took a step back and realized that I was still passionate for the game, regardless of how bad that split was. And yeah, that passion to compete and get better at the game is what made me decide like, "Hey, I want to I want to keep playing for as long as I can. 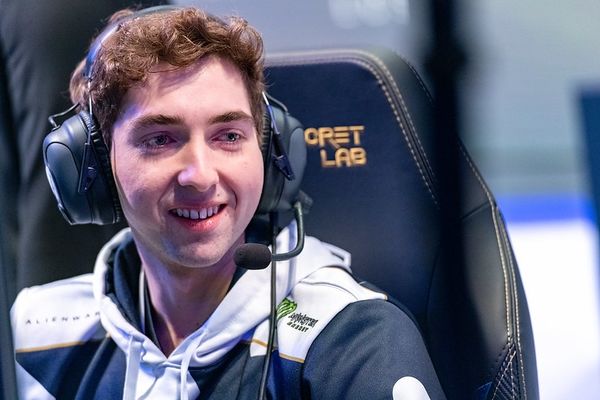 As far as the team’s performances, what do you like about the team, and what do you think the main issues are? I think a big strength for us, just across the board, is our individual laning and mechanics. We're all pretty flexible as well in terms of like draft: playing multiple champs, multiple styles. I think the biggest...I won't say weakness. I think the biggest focus that we need to work on just as a team is our synergy and just our ability to basically go forward together. Take good fights, be super proactive. And I think we're getting better at it. I think we showed that today. We were a lot better than the previous games. So that's good. And yeah, it's just a work in progress. We're we're pretty new team with all the roster changes.  What has the comm situation been like? Previously, Dardoch was stated as the player that spoke the most. What is it like now? I think everyone's trying to contribute. I think one of the main reasons I was brought up to LCS was because I could play the meta champs that have a bit more agency early and communicate more and try to be more proactive in the game and make more plays for the team. Because that was something I was doing well on on the Academy side. So I've been trying to focus on that for myself. I think. Aakadian is also focused on that just trying to be more proactive and decisive in comms. But yeah, as it is right now, we're all contributing a good amount, and just trying to find the perfect balance. Related: EG Artemis Discusses Global Ults, Jiizuke’s Proview, Benching Star Players, Coaching Hubris, and Abolishing Academy In Dignitas’ video announcement they talked about how in addition to Aphromoo, that Aakadian will take a leadership role in the team. You’re someone that has a tremendous amount of experience playing with him, what sort of role did he play with Dignitas Academy? Ah, he's just good at controlling the game. From a jungle perspective, and also just like a objective perspective. I think he's just good at keeping the team focused, and rallying people around him. I don't know. I think he just knows what he needs to do as a jungler. And, yeah, he's good at communicating. 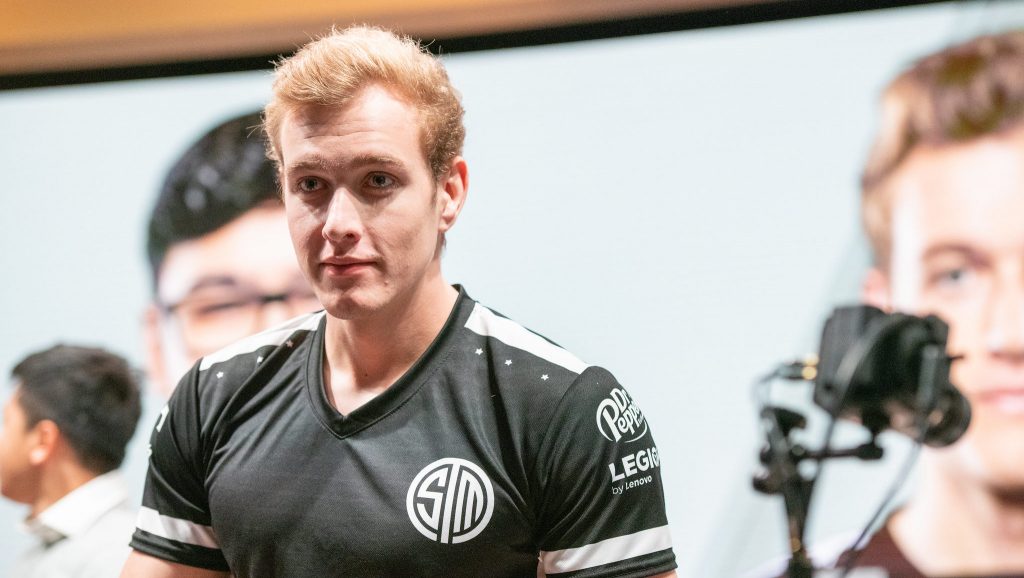 As someone who has played multiple games with both Dardoch and Akaadian at a competitive level this season, how do their styles compare from a mid lane perspective? I think they're similar. I think I was starting to work pretty well with Dardoch. And I was already working well with the Aakadian when we were playing in Academy, so not much has changed there. Yeah, I think both both junglers are good.  So when Aakadian got promoted, what was going through your head? Did you think it was a possibility you’d be sent back down to Academy since Soligo and Aakadian had a quite a few games to synergize? What was your thinking? Honestly, my mindset recently has just been to really focus on what I can control—my own play and my own mindset towards the game. And I try not to like, overthink things that I can't control. And the roster swaps are something I can't control. It's up to the coaching staff. So all I can really do is try play my best and have a good attitude. And yeah, that's just what I've been doing.  What has the general atmosphere of the team been like, how optimistic have you been?  I would say, since we've made the swap to Aakadian, the vibes are pretty positive. I think we all know that there's a lot to work on. But we're working on the things or the areas of improvement as a team. It definitely feels like we're making good progress. So it's not like we're just going through the motions and stagnant I think, as long as there's progress, everyone's happy, regardless of the result of our games. And yeah, I think we all just want to prove the haters wrong, basically. And win some games, and I think we're on a good track. Now that you've had some time to play in the LCS, what are the biggest areas of focus you'll need to work on to keep up with the other players? For me, I think at an LCS level, I'm kind of slow in terms of looking for proactive team plays, and just being on the same page as a team all the time. I think things in the LCS just happened faster. And that's that's something I've been criticized for just like being a bit too slow or not on the same page as my teammates. And that's just my number one focus right now going forward is synergizing with all my teammates. Being to plays first, like being as fast as I can and the game basically in terms of just my responses, but also my like, planning and productivity. It just goes both ways. And right now the meta really rewards playing fast and decisive. And that's just something I want to be the best at. If you enjoyed this interview, follow the author on Twitter at @OddballCreator. Images courtesy of LolEsports