Fusion Joemeister: “This year’s OWWC arguably had the biggest stage and audience most[…]of us had the privilege to play for.”

The Overwatch World Cup had a vast ocean of amazing storylines, one of which was the underdog story of team Canada. Two game five wins over incredibly tough opponents netted them a grand final appearance against team South Korea, the tournament favorites. One of the anchors that helped team Canada succeed came from Joe "Joemeister" Gramano, one of team Canada’s support players. Now that the World Cup is said and done, Joemeister now is able to really get to work with his Overwatch League team, the Philadelphia Fusion. Joemeister had a quick chat with Esports Heaven shortly after the BlizzCon festivities had ended.

Welcome, Joe! I know it’s been a busy last few weeks for you, but how are you doing? Excited to get to work with Philadelphia?

Hey! I’m doing great, thanks. Very excited to get to work with Philadelphia. For a long time, especially for the players who have been around since the closed beta days, there was a lot of speculation surrounding the Overwatch League, but now it’s here—it’s a reality. This is the moment many of us have been working toward and I’m happy to finally say that I will be a part of it. I think there’s no better home for me than the Philadelphia Fusion, so I’m very grateful and happy that they’re giving me this opportunity.

First, I seriously have to congratulate you and team Canada on your amazing success when it came to the World Cup. Could you walk me through the weekend? What are some of the thoughts and memories that really stick out in your mind?

The weekend of the World Cup was full of surprises, fun, a lot of support, and a sense of accomplishment for Team Canada. I wasn’t expecting the amount of support we received at this year’s World Cup so it was an exhilarating experience, to say the least. This year’s World Cup arguably had the biggest stage and audience most if not all of us had the privilege to play for. The most obvious memory for me to take away from the event is how we managed to make to the Finals after playing two extremely close series that could have gone either way versus Australia and Sweden. I don’t think anybody expected us to make it as far as we did, so for Team Canada, this was a huge accomplishment.

Could you talk about the grand final against South Korea? What were you impressed by? What do you think team Canada did well?

There was a lot of talks prior to the event that South Korea would be weaker playing on a patch that didn’t really favor them as much as before, but for the most part, this wasn’t really the case. They were just as good against us as they were in Poland when we had the chance to practice with them. Sure, certain aspects of the game change as new patches roll through, but not all aspects. You don’t lose your knowledge or understanding of the game as new patches get released, and it was clear to me that South Korea already had a solid grasp of the meta going into the event, whether they had practiced much on the patch or not—they’re really smart players. Certain fundamentals of the game don’t change from patch to patch—for example, the way players think about ult economy applies to all patches, in any meta. I was really impressed by Saebyeolbe’s play, actually. I’m not sure how the audience felt about him, but for me, he was the star of that series. He played an incredible tracer.

The one thing Team Canada did really well is that we all managed to keep our cool throughout the entire series despite being on the losing end for 3 maps in a row. For many players, being down 3-0 in arguably one of the biggest and most important series we’ve played in can be devastating, but not losing focus and fighting for the win until it was actually over was something that all of Team Canada was able to do. This is something that even actual pro teams struggle to do at times, but it’s so important. It’s how we were able to get the reverse sweep versus Australia.

Take me back to Junkertown, when you played against South Korea in the final. What was the communication like? What did that feel like as a player?

The communication we had on Junkertown wasn’t any different than what it was on the other maps. At this point though, we had nothing to lose. We were down 3-0, and it was the perfect map to have the most amount of fun on. We were pretty excited going into Junkertown, actually. We knew we could hit the fans with some crazy comp and make it work and have them support us for it. It was a really good feeling for us when we won Junkertown because we had set out to take a risk and we pulled through. 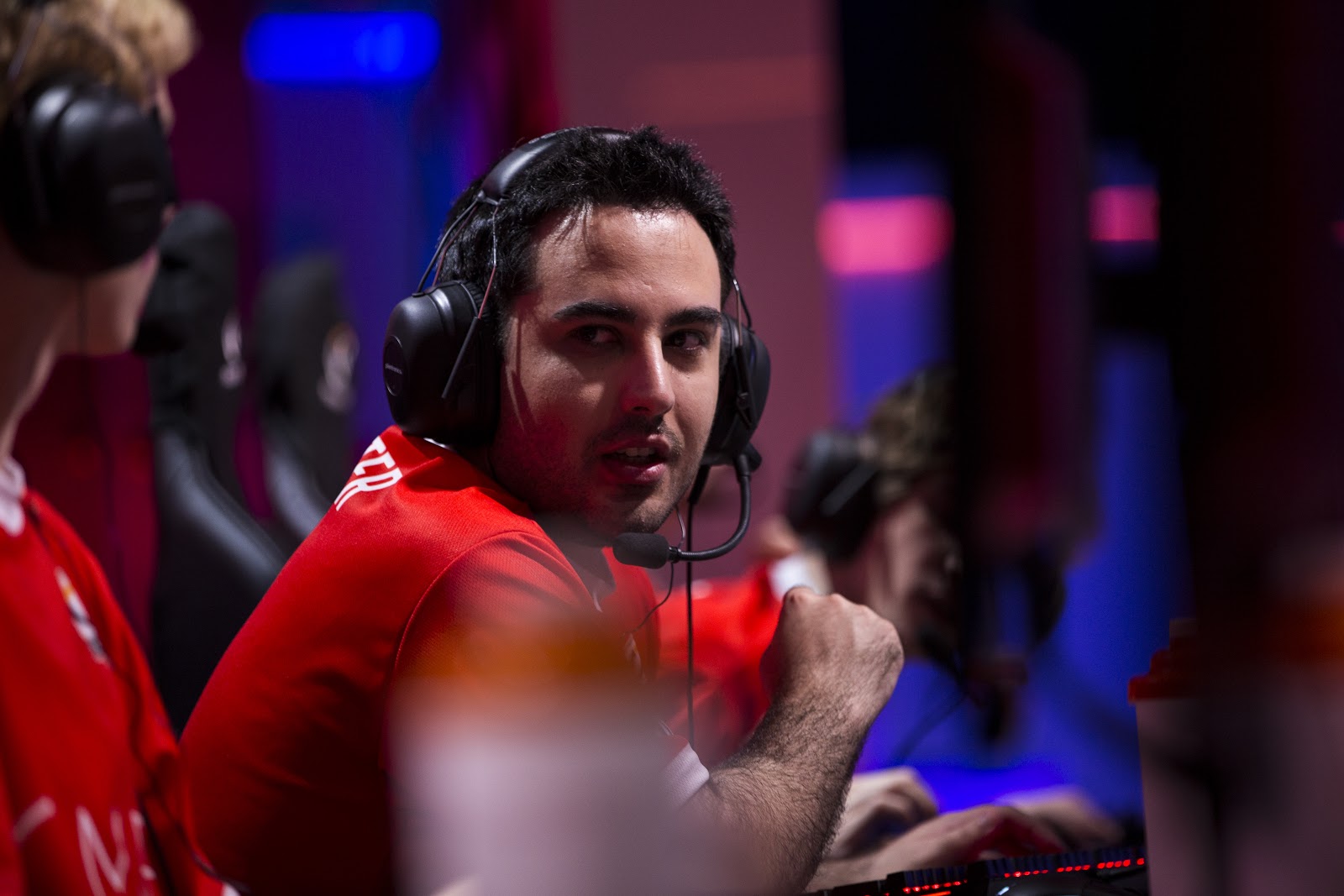 I know you’ve been swamped with Overwatch World Cup, but could you talk to me about Philadelphia Fusion as a team and what the community should expect coming within a few short months?

I think Philadelphia Fusion is going to be a much stronger team than most people think. I really believe in everybody that’s on the roster, we all have the experience and the talent to exceed expectations and make it really far in the Overwatch League. Everybody on the roster was picked carefully by a really solid and smart group of people, namely our coach and analyst staff whose opinions I really do respect.

Your roster is capped at a massive 12 players, all of which seem to all be very skilled at their roles and all hailing from different countries. Is there anyone that you're excited to play with that you normally wouldn't have?

I’m excited to play with everyone on the roster, but for me, because I see the Overwatch League as an opportunity for learning more as a pro player, I’m really excited to play with our Korean talent. For a long time, North American and European players could merely speculate about the things that make South Korea such a dominant region in esports, but now I get the chance to really dig deeper myself into their thinking. I get to see how they think first-hand, why they make certain decisions in-game and hopefully learn from it and apply it to my own play.

Now that the BlizzCon festivities have died down, have you had a chance to play around with the new support hero, Moira, at all? If so, what are your initial thoughts?

I have had the chance to play her a bit, but not in a scrim or practice setting. My first impression is that she’s really strong. I’m not too sure what her place is yet in team compositions, but I think she makes for some interesting compositions. I think if anything, Moira is a hero that will encourage more diversity and variability in team compositions.

Something that did pique my interest was the peppering of Lucio that some teams used in the Overwatch World Cup. Could you break down why, where, and when a team should or could use Lucio in this current metagame?

During the World Cup, my reasoning for picking Lucio instead of Zenyatta really only applies to Control maps. At least that’s where I think he works best right now, if at all. The reasoning behind my picking Lucio sometimes on Control is that first fights on control maps often dictate your chance to win a round. If you win the first fight, chances are much higher that you’ll win the round. First fights are interesting because neither team has any ultimates. When you don’t have any ultimates to work with, you need to rely on more detailed aspects of the game to really take control of the situation, so things like positioning become even more important when you don’t have ultimates. Assuming most teams will stick to Zen and Mercy in this meta, my thinking was that if we use Lucio instead of Zen, we can take advantage of the speed in first fights and take much better positioning than the enemy team to increase our chance of winning the first fight even more. There’s a little more reasoning behind my Lucio picks, but this is the basis of them.

To end, let’s go back to the World Cup for a moment. I spoke with Bren and he mentioned that “having the crowd cheering for you is like having a seventh man on your roster.” As someone who has very recently experienced this, could you explain what that is like?

Since the World Cup had the biggest audience I’ve played in front of to date, having the crowd cheer for us was part of the reason why we were able to keep our cool, despite being on the losing end at some point in all of our series played. The crowd was able to keep us smiling and fighting for the win even when it didn’t make sense for us to smile. It’s not fun losing 3 maps in a row, but having the crowd behind you really makes it that much easier to accept your losses, move on to the next map, and take the series map by map.

Joseph “Volamel” Franco has followed esports since the MLG’s of 2006. He started out primarily following Starcraft 2, Halo 3, and Super Smash Bros. Melee. He has transitioned from viewer to journalist and writes freelance primarily about Overwatch and League of Legends. If you would like to know more or follow his thoughts on esports you can follow him at @Volamel.