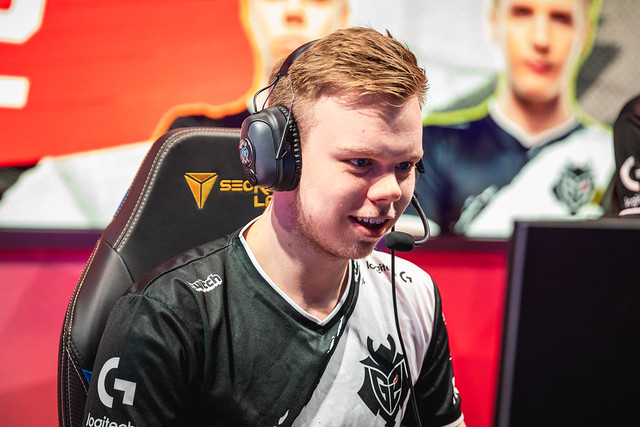 G2 Wunder on being compared to Moscow5: “While I think there are similar play style elements, there are more teams that play like us; no one in the past played like M5”

Izento 2019-06-29 04:26:49
Rift Rivals is underway in a battle for western supremacy as NA and EU battle it out. G2 faced against Cloud9 during day 1 in one-sided fashion as G2 wiped the floor with them in a very short game of 23 minutes and a game full of flex picks. Esports Heaven spoke with G2’s top laner (I guess we use that loosely) about his game against C9, Sona/Taric, G2 compared to Moscow5, and Worlds being held in EU.

You stomped C9. What’s your opinion on C9 as a team?

They’re a very storied organization, so I can’t really trash talk them that much. They made semifinals at Worlds just like us and they are always on top of NA. Right now I think that EU teams are a bit stronger in the current state of how LoL is played. I don’t really follow them that much but I think they’re 5-3, so for sure they aren’t bad. They were tryharding a bit too much today. From what I understand, we are the only team that went into Rift Rivals and kind of just chilling and not really trying, but this draft, they picked Sona/Taric.

I wanted to talk to you about that actually! What’s your opinion on Sona/Taric being a priority in NA?

I think Sona/Taric are a big free win if you’re playing against teams that have no experience against it or worse teams that don’t know how to close out a game or play cleanly. I guess the reason why it was banned by all the Asian teams is because they were really inexperienced against it and it’s really hard to play against and the game can slip from you at 20 minutes because they scale well. There’s definitely ways to play against it and it’s going to get nerfed next patch, so I kind of assume, and I don’t know how much it’s going to impact the Sona, but I think it’s going to be kind of dead. I was bot lane this time against Sona/Taric and it was kind of lame to play against; I could feel the frustrations of my ADC Perkz that Sona/Taric is still a thing. It was a bit annoying that they would sit back, survive and want to outscale you. I hope it’s gone.

People are comparing the G2 era to Moscow5. What are your thoughts about this in that you guys have this eccentric playstyle that is reminiscent to what M5 was doing?

I could see if you were to compare us to a team like Moscow5, and they’re a team far in the past and sure, LoL isn’t a completely different game, but a lot has changed since then, but they were one of the teams that revolutionized certain champions or specific ways to play the game. While you could compare us to Invictus Gaming for example, when they had their good run with a lot of aggressive plays, we’re not playing that much different from them, whereas M5 no one could really compare themselves to them because they played a completely different way where it was farming for late and picking really good team comps for team fighting. M5 was all over the map plowing you down. While I think there are similar play style elements, there are more teams that play like us; no one in the past played like M5.

We’re having Worlds in EU. What do you think about that? Do you feel that there’s going to be more pressure on you? Do you think there’s a home-field advantage?

Even though it doesn’t really matter at Worlds because usually you go to South Korea to bootcamp and you’re at least there 2-3 weeks before the tournament starts, so the jetlag aspect is kind of bust, but I still like not having to travel as much, so it’s for sure a benefit. If it’s going to have an advantage for us, we’re probably going to have more cheers, but usually me as a player, I block everything out when I’m in the game. For sure though some of my teammates will feel that having large fan support behind us is going to help them. We’re kind of used to the different locations it’s going to be, such as Madrid or Paris, so we’re going to have some kind of advantage. ___ Izento has been a writer for the LoL scene since Season 7, and has been playing the game since Season 1. Follow him on Twitter at @ggIzento for more League content. Images courtesy of LoL Esports For more LoL content, check out our LoL section