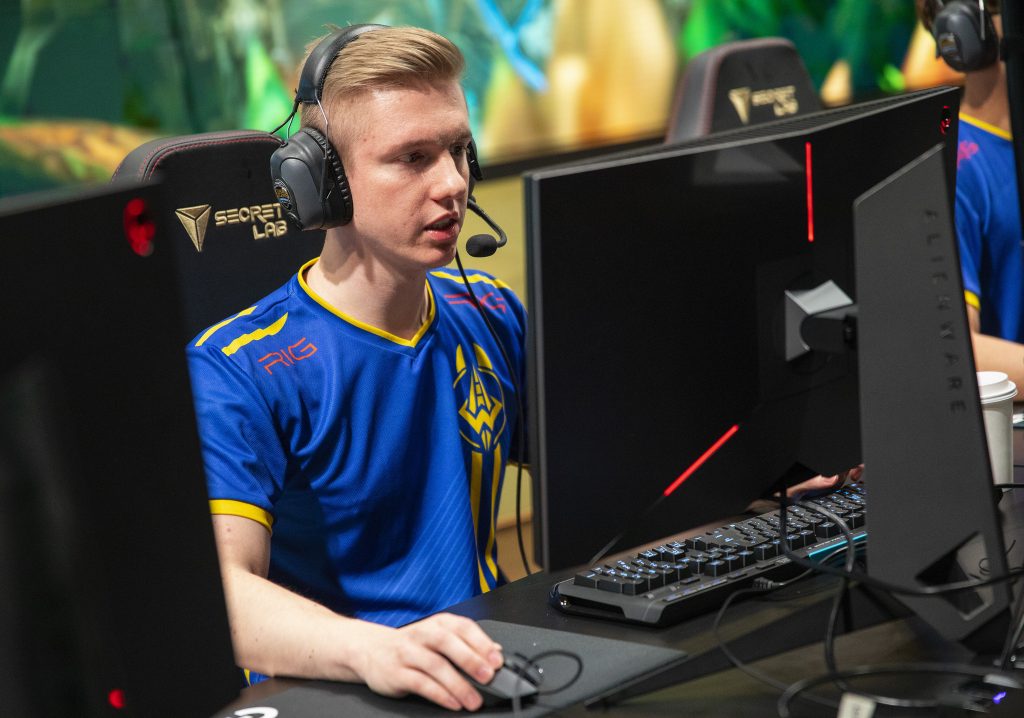 GGS Froggen: “We definitely don’t have a team identity right now and I think it’s pretty clear to everyone”

Izento 2019-02-06 04:51:55
Golden Guardians are off to an unexpected start of the split as they are the only team winless. The roster was expected towards the middle of the pack from many pundits, but it seems like GGS are cursed by their name itself. With a defeat against Cloud9 during Week 2 on Saturday, Esports Heaven were given a word with mid laner Froggen to talk about the team’s troubles, leadership, their team identity and playing through particular players on the team.

Top lane didn’t go quite as expected as one would have hoped against Cloud9. There was a lot of jungle pressure top side. Was that the game plan going into today’s draft?

Without talking too much about the draft, I think we did put ourselves in a hard situation with the matchups we picked for the side lanes, especially since it’s the matchups we picked for the 4th and 5th picks which could have been whatever we wanted to make volatile lanes. From my side of things, I would have liked more volatile lanes so that I could roam top or bot and try to kill someone. It just seemed like those lanes were content with farming so we could only make plays 2v2 mid, but then it’s a lot about side lane priority, if you’re able to one shot people or not. So, I think it was really hard to get going with our comp, so that was really what we wanted to do with these champions. Once they group up, there’s not really a lot of chances to fight and go out because our champions are strong if we start to snowball.

Golden Guardians were ranked in some power rankings towards the middle of the pack, some had them higher. What’s your idea of what’s going on with the team and trying to get wins on the board?

I think it’s really hard for me to identify on the spot why everything isn’t working. I know people say that they do well in scrims and I know a lot of the players had us high in power rankings, but we can’t really translate our scrim results to on-stage performance. There’s some kind of block there for us that we have to deal with. I’m not exactly sure what it is but that’s part of the challenge to figure that out. I think for my job in that whole process, I need to take a big step up to be a strong leader because I think we’re lacking that. I think we’re scattered all over the place especially after Week 1 where we went 0-2. Going into that we felt really comfortable and confident and expected to do really well; how we ended up playing was really disappointing. I think that we need to get back together and work on this really hard, there’s really no excuse. If everyone wants to win on the team, which everyone says they do, we need to give it 100% at all times to fix this, otherwise there’s no way we’ll turn this around and start winning. It’s not like it’s super bad, there might be an easy fix to it; Cloud9 went from the bottom to semifinals at Worlds. There’s always chances to do stuff, it’s just dependent on us to step up.

Speaking of being a leader, a lot of people are wondering who would be the main voice of the team. Some are saying that Hauntzer would be a good choice since he was the shotcaller for TSM during his time when Doublelift left the team. Then some point towards you, but during your stint with Echo Fox you had a bunch of rookies and it seemed like a disorganized team. So, what’s your opinion on shotcalling and who is the voice for GGS?

When it comes to leading in-game stuff, it doesn’t really matter who does it. Whoever can do it comfortably or naturally, well obviously they will be the better one for doing it. It’s also leading outside of the game. I am the oldest guy on the team, so I definitely need to take responsibility in that regard. For in-game, it’s more of a team thing and it’s not really just one guy deciding what to do. I don’t mind it that way; it’s hard to say but there are more ways to lead a team than by who the shotcaller is.

What do you think of the NA mid lane scene right now as compared to when you were here before? Do you think it’s tougher?

No. When I played in Season 7, you could choose which direction you wanted to go, which was either smash lane or scale up. I think now there’s a ton of strong mid lane champions, so it’s definitely possible to carry from this role, but how LoL is played right now is more team oriented, it’s not so much as punishing people solo, it’s more about how you’re going to work together as a team. I think for how people play mechanically, there’s not really a big difference, it’s more about how people work with their team. There’s different directions you can go and strong champions you can pick. So, it’s all depending on what you want to do as a player and what your team wants to do, there has to be some kind of balance in that. I think the talent is about the same.

One criticism I think might have some weight to it is that there doesn't seem to be a team identity as far as a style that you want to play. Do you find this is the case as for right now this early in the split?

We definitely don't have a team identity right now and I think it's pretty clear to everyone. There's not really any reason to say that we have an identity. It's not so much that were 0-3 (at the time of this recording), it would be fine if we had this record and we just read the meta wrong or read something else wrong and that made us have a slow start to the season, but I don't think that's necessarily the case. Nothing has really caught us off-guard with the teams that we've already played, so it is more about ourselves and how we want to play the game and right now. Right now, it's definitely not good and it's something we have to work a lot on.

What's your opinion on the meta in general? Do you find it suits yourself? Do you think it suits your teammates?

I don’t really mind the meta. I think for most people the meta is mostly just the champions you play rather than the way you play. I think it’s mostly how you play the game that’s changing rather than the champions. There’s always going to be champions that are going to be strong at the game. I’ve been playing for many years now and no matter what champions have been strong, I’ve actually enjoyed those champions. I haven’t found a champion where I’m like, “oh damn, this champion isn’t really fun to play and it sucks”. There’s super strong champions and you’re going to run around and do damage, so that’s always a fun thing to do, but for the whole champion meta, it’s always fun to play no matter what. LoL is just a fun game. As far as if it fits me, I enjoy it but there are different challenges with this meta than other meta in the past, but it’s about working through those challenges and that takes some time to learn. I don’t know if anything really ever fits someone, but I do enjoy doing this. I’ve been playing team sports since 5 or 6 years old, so I enjoy doing stuff as a team. I think it’s much harder than just doing stuff by yourself.

You’re team is viewed as not having the absolute best player in each role. As far as not having the number one player, how do you decide who to play through? This is a criticism of Golden Guardians as a roster itself in that you have no clear player that is the absolute best, so is it difficult to find a player to play through with this current roster? What are your thoughts on this idea in general?

I think no matter who you have on your team, I don’t think you need to have a best player to play through. I don’t think it works like that. Whatever champions that are pick and banned in those scenarios, you need to react accordingly. You can’t just be like, “why don’t they pick Talon or Zed every game and you can just go around and kill everyone”. It doesn’t really work like that. The game is much more spread out. In some games you’ll be able to play around certain styles and I think everyone on our team is good enough to be played through. I don’t think we’ve had many problems in laning phase, we have controlled things really well. We have a big problem with mid and late game, especially on stage. We have lost a bunch of things because we’ve been afraid of doing stuff that is really simple to do, so that’s when we need people to step up and we have to trust each other to do the small things so that everything can start working. ___ Izento has been a writer for the LoL scene since Season 7, and has been playing the game since Season 1. Follow him on Twitter at @ggIzento for more League content. Image courtesy of LoL Esports Flickr