GOAT: Apex 2015 – A look back at the greatest tournament of all time

Oddball 2020-10-07 01:13:53
This is part of an article series revisiting the greatest Super Smash Brothers: Melee tournaments. After nearly two decades of competition, the game has seen numerous memorable events. The most significant of those deserve a second look. Saved By The Bell Often people joke about living in the darkest timeline, mostly whenever Hungrybox clutches out a victory. Although just light-hearted jabs, it is interesting to think of all the potential “what ifs” in Melee’s history. How different the game would be if Skullgirls had beat out Melee in EVO fundraising, if Leffen never had visa troubles, or if Hungrybox properly opened pizza boxes.  Something not often discussed is just how much of a blessing Apex’s venue change was. How different the game would be if players began competing in hazardous conditions. Just imagine if the situation turned morbid. It would have been the biggest tragedy in esports history, a paralyzing blow to a community just starting to shine. 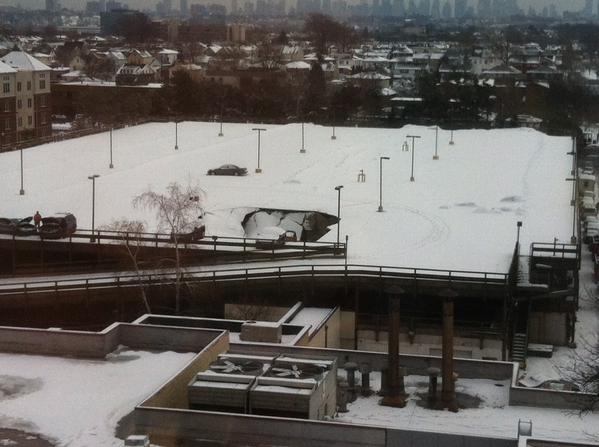 Instead, a false fire alarm led to a change in locations. Instead players like Leffen, Amsa, and PPMD delivered some of their most memorable tournament performances. Instead we saw excellent Melee played, history being chiseled in front of us. All that said, it’s an understatement we should be glad we live in the timeline where the alarm was pulled.   The God Slayer’s Final Hunt All eyes were on Leffen coming into Apex. Armed with victories over four Gods, a strongly-hyped grudge match, and a fashionable cardigan sweater, the event was a chance for Leffen to truly ascend to the pantheon of Melee’s best.  And ascend he did.  Everyone knows how the story goes. In arguably the best Salty Suite ever, Leffen trounced Chillin in their first-to-five set, laughing maniacally as he picked his Fox apart, never dropping a game. With one-hundred dollars and man’s soul inside his pocket, Hjelte tore through the singles bracket, hardly showing any weakness. He not only defeated Mew2King, becoming the first player to defeat all five gods, but practically robbed Mango of his stream donations, winning a thousand-dollar side bet Mango proposed after the aforementioned match with Chillin.

Mango in his donation message "buy new sweaters". So I bought clothes as a part of the #thankyouamericanbuster series Mango won't like em :>

Knowing his hyper-competitiveness, Leffen probably wasn’t too happy with his performance, placing third. However, given the context, his Singles run was nothing short of a master stroke in play. Battling sickness, jet lag, and an exhaustion built up from repeated travels to-and-from Europe, the fact Leffen was able to defeat everyone but Armada and PPMD is remarkable. 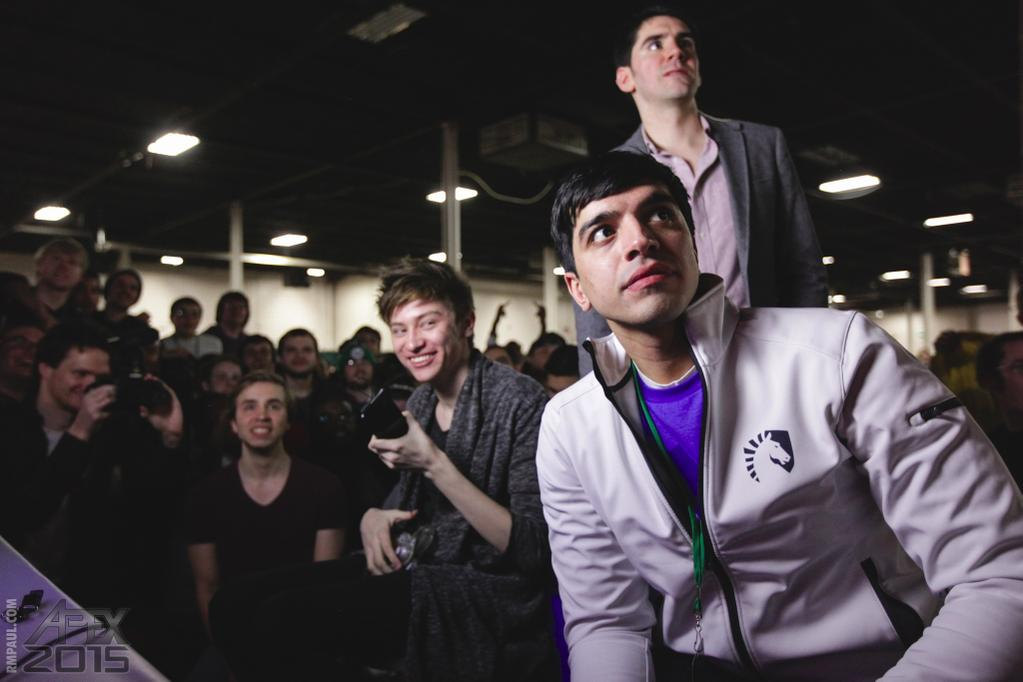 Not only that, but it may have been for the best he didn’t win. In a post tournament interview, Leffen alluded to his loss giving him strong motivation to succeed in the future. Not long after, he’d quit his job, join Team SoloMid, and definitively end the era of the Five Gods with victory after victory. Without even winning, Apex 2015 was a pivotal moment for one of Smash’s greatest and most exciting players.   Amsa’s Ambush There have been few wildcards like aMSa. Heading into at the time the world’s biggest Smash tournament, the Japanese Yoshi main’s placement history was akin to looking at lottery numbers. One moment he’d be upsetting the likes of Mew2King, a tournament later he’d fail to take a single set. With such an unorthodox character and volatility, you truly never know what you’ll get with aMSa, other than a great show. aMSa dominated the early stages of the competition, boasting impressive wins over Laudandus, Mayhem, and Fly Amanita. For Winners Round 3, aMSa faced Leffen. With his uncommon knowledge of a unique character like Yoshi, Leffen convincingly beat aMSa, sending him to the losers bracket.  This was when the egg hatched. In his first match of losers bracket, aMSa made quick work of Zhu in a 2-0 set, before arriving up against Lucky. Lucky’s previous experience against aMSa was evident, showing confidence with his Fox, never playing aMSa’s game. In a close match, however, his Japanese opponent edged ahead. 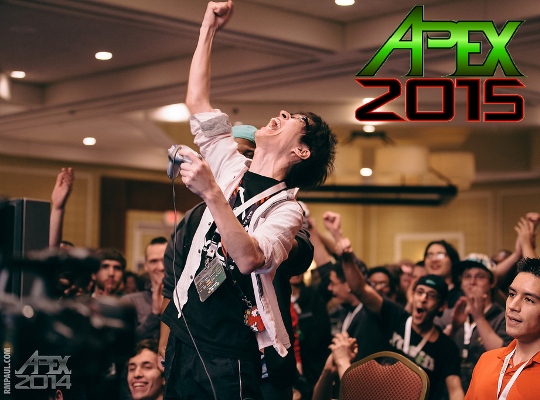 Whether gaining confidence with his victory over Lucky, or taking advantage of his Fox warmup, aMSa came at SFAT as if receiving a B12 shot. Quickly eliminating him 2-0, even 3-stocking him in one of the matches, aMSa made history as the first Yoshi main to ever place top eight at a supermajor. Next came KirbyKaze. Initially having a close set in the first two games, aMSa again went berserk - dominating him in the next two games 3-1. Even against a challenging character for Yoshi as Sheik, aMSa succeeded. His next test was Mango, ranked at the time as the best in the world.  At first it seemed Mango simply had aMSa’s number, never succumbing to Yoshi’s traps, swiftly winning two games. Even if he were to lose the set, he wouldn’t leave without putting on a show. The man turned games three and four into absolute nail biters, just barely clutching both out at the last stock. In the decisive game, Mango again exhibited his superior experience and versatility, winning the last game.  aMSa’s run was over, but after standing toe to toe with the greatest, clutching out constant victories, all with a humble lower tier character forever underestimated, he stepped off the Apex stage with his head held high.   Shadow Dashing Apex 2015 was the end of an era for competitive Melee. It marked the last fantastic performance of PPMD’s career. His run at the tournament was his last major victory, but what a run it was. “This is gonna sound bad, but I think PP is gonna get bopped” said a fully sympathetic Leffen. Expectations for PPMD going into 2015’s Apex were lukewarm at best. After all, not undergoing competition for five months alongside battling depression was a recipe for failure, right? Not for The Doctor.  Following EVO 2014, Nanney took a monastic approach to competition, focusing time to repair his mental health. At the same time he’d study opponents’ footage, practice matchups, and slowly fade out of the minds of his adversaries.  With a combination of Falco and Marth, Nanney steadily progressed through the tournament, albeit rusty looking, dropping games to PewPewU and and S2J. Shaking off the dust, PPMD remained strong enough to continue in the winners bracket. Against a red-hot Armada, Nanney showed formidable skill, playing his trademark neutral style. Though at times quite close, The Doctor won the set. The Winner Finals match between Leffen and PPMD has become one of the most viewed sets in Melee’s history. Why is that? The set is fairly tame in many of its games, and ultimately ends on an anticlimactic note. I’d contend it’s because it’s the epitome of PPMD. It’s the perfect display of what’s great about him. The most terrifying dash dance in history? Check. Zen-like patience akin to a Tibetan monk? Check. A passionate leap of pride and joy following his well-earned victory? I hope I’ve made my point. PPMD’s match with Leffen was everything a fan could ask for. We did want the Bird though.  For Grand Finals, Armada defeated his fellow Swede to join PPMD from Losers Side. The first two games Armada’s Fox appeared to have PPMD’s Marth’s number. Enter Falco - A pure treat for spectators. Just as soon as it looked like Nanney was faltering, the score was evened to 2-2. For the final game, however, PPMD opted again for Marth, most likely to avoid the Falco matchup against Peach. In a close last-stock match, Armada prevailed over his rival, resetting the bracket.  For the second set, no doubt the majority of players in PPMD’s position would lean towards playing Falco - the only times he won in the previous set. However, PPMD again showed his unwavering patience and confidence in his Marth, showing it could overcome an adversary as intimidating as Armada. PPMD swiftly adapted, fully displaying his whirlwind-like dash dance, much to Armada’s chagrin. Playing the long game, Nanney defeated his Alliance rival ending the set with a convincing 3-0 victory.  Upon the tournament’s conclusion, the venue’s energy was simply electric; smashers rushing to the stage in joy, hugging and tossling the hair of their champion, chants of “PP” traveling through the convention center. As the spirit of the room calmed down, Nanney stood from his chair and raised his hands in triumph. 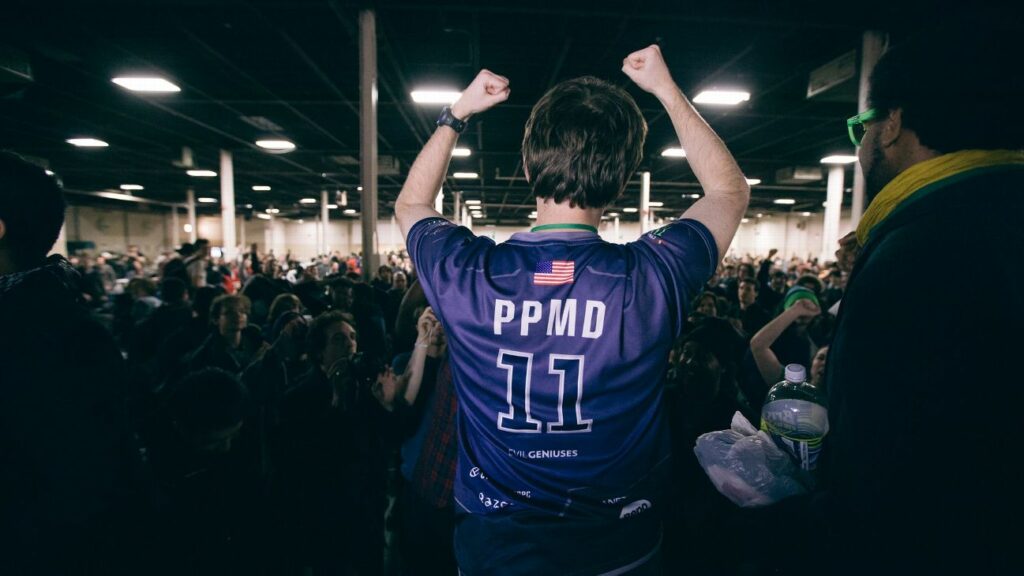 The longing for PPMD’s return persists. Maybe it’ll happen, maybe it won’t. Even if it doesn’t, we’re lucky to have the privilege of enjoying the fantastic body of work he’s left behind. Apex 2015 stands as one of his crowning achievements.    Conclusion Many other exciting developments occurred at that year’s Apex. PewPewU upsetting Hungrybox, Shroomed overtaking Mew2King, and much more. That year’s Apex is so much greater than that, though.  The tournament was a true showcase of the community’s determination to persevere and continue forward. No matter how dire the situation was, Smash players worked together to continue on, to keep writing history. Even in the face of overwhelming circumstances, the show must go on.  Most importantly though, the Smash played was just really damn good. Could we ask for more? If you enjoyed this article, follow the author for more on Twitter at @OddballCreator. Check out Robert Paul's website here.