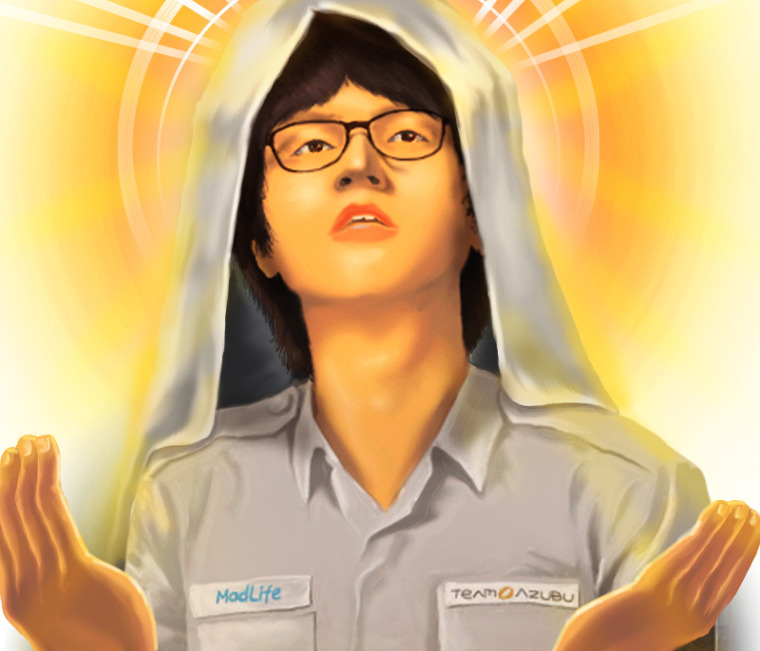 Introduction Oftentimes in competition, we refer to the greatest as kings or Gods. We compare the best a sport has to offer to famous rulers, or grand deities. A lot of times it’s done in jest, but I think in a way it goes deeper than being a way to say “this dude was really good”. Like a king, the very best guide the way their games are played; they create the meta. Their very presence offers a feeling of prestige. And when they fall, when their reign finally ends, history‘s written. That brings us to MadLife.  A world wide superstar. A paradigm-shifting innovator. And an enormous inspiration for fans going forward. MadLife was a king in a lot of respects. All those past examples were true of him. But nobody compared the Support player to royalty. Nobody ever proclaimed “MadLife is King”. It was similar, though. Change out one word. MadLife is God. It may seem like a minute difference, that it doesn’t matter one way or another. Lots of players hear these expressions. God just sounds better, too. But really, it’s a big part of MadLife’s legacy. It was something he heard more often than any player of his era. When you look more into the word, you see how fitting it is.  One encyclopedia entry describes a god as “infinite, eternal, immutable, intelligent, omniscient, all-powerful, and free; the Creator, to whom creatures owe homage, respect, and obedience”. Fits the bill, doesn’t it? Triumphant Trailblazer MadLife deserves a ton of credit for the League of Legends scene today. Without his talent, ambition (not the player), and relentless hard-work, competition wouldn’t be nearly as exciting. The most noted innovation is how much he has changed the Support position. There’s the obvious additions he brought, like turning Blitzcrank into the most terrifying creature on the Rift. But he was so much more than a few sweet grabs. Almost any champion was threatening in his hands. He could use Janna to turn a game on its head, Alistar to go toe-to-toe with the greatest, and Thresh to make fans question their grasp of reality. 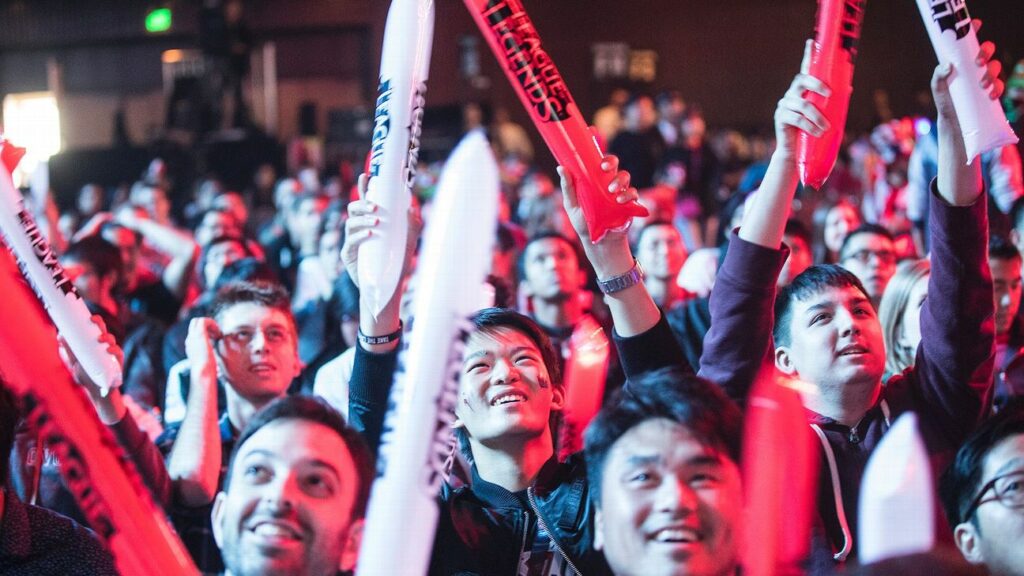 He did further, though, than innovate the usage of champions. MadLife single-handedly altered the way a position was played.. Most view the role now as undesirable, but still fun if you know what you are doing. And yet it was so much worse before him. If you were someone who liked to play 5v5 matches with friends, you either had to pull straws, or have embarrassing information on someone to get a person willing to play Support. If you were the unlucky chosen one, you’d spend 20-60 minutes sitting around occasionally placing wards, providing barebone utility, and trying not to get killed. Simply put, it sucked. MadLife turned that around. In his hands, a Support could make a difference. It could be the most important position in the game. His playmaking set early advantages to set up his team up for victory. His vision control plunged the enemy in darkness, at the same time ensuring the safety and health of his teammates. And the way he fearlessly inserted himself into team fights not only won them games, but entire tournaments. Before, the Support was a trifling husk, waiting for the game to be over. In the hands of God, mountains were moved. 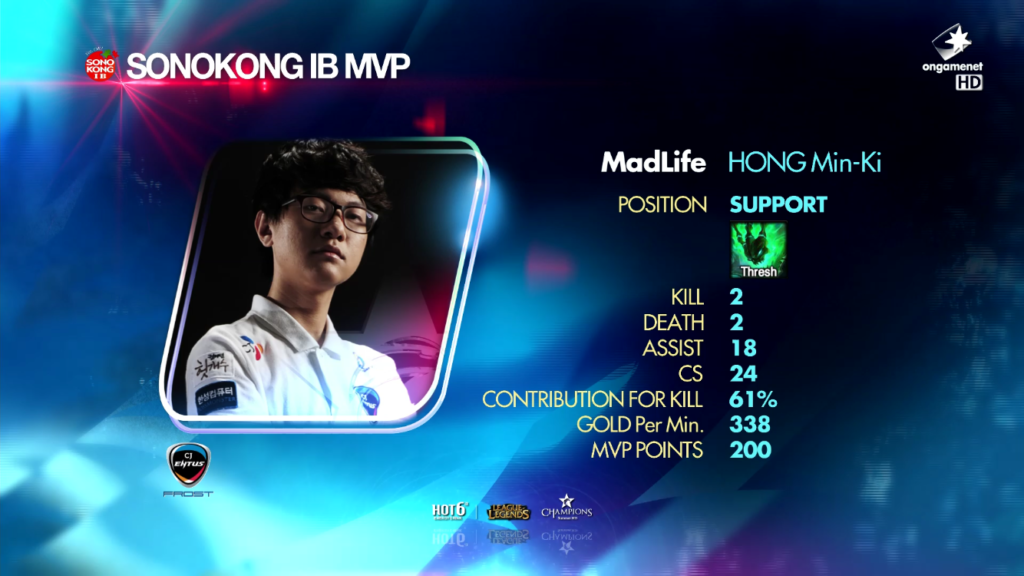 A common sight in its day

It was more than just changing what a Support did. It was about altering what a Support could be: a superstar. MadLife wasn’t only making it effective, he was making it cool. The dash and sparkle he brought with his gameplay was what made him the most popular player in Korea. This undoubtedly had a huge effect on players’ willingness to play the role.  It was undesirable at first. But watching MadLife hit grab after grab to electrifying cheers definitely made it more attractive.  Look at the legend that is GorillA. An article stated he was “one of the players that was inspired by Madlife’s plays. Debuting when he was 20 years old, GorillA did not start his League career as a support. He started to take interest in the role after watching Madlife’s plays and eventually decided to change to Support.” Think about that! Not only did he inspire an untold number of Support mains throughout the world, he directly influenced a similar giant of the position. 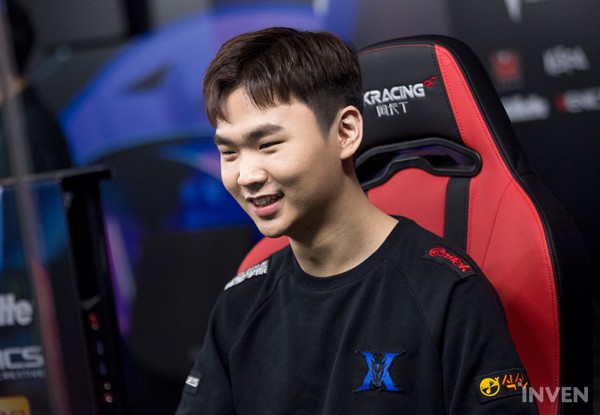 That goes for all the greats of the position: Mata, Wolf, CoreJJ, etc. Even if they weren’t explicitly inspired the same way GorillA was, the road MadLife carved in making the position one of pride no doubt made it an easier decision for them. If you’re a fan of any Support player today, respect is due for him. A creator indeed. Related: OnAir: The father of Korea's first dynasty, and the most underrated coach in history     No “I” in Frost Something that affected the game in an abstract sense was MadLife as a person. He was a model. Seriously, look into any account of a fan or a teammate discussing their experience with him. You will see nothing but adulation for his friendly and respectful nature. What makes this impressive is how easy it would’ve been to succumb to negativity. As one of the best and most popular players, many would find their egos swelling up with pride. With controversies on his team bringing hatred and criticism, no doubt some in his position would become jaded and embittered. Not MadLife. Despite the many traps laid out for him to fall into, he continued to be a role-model for competition. 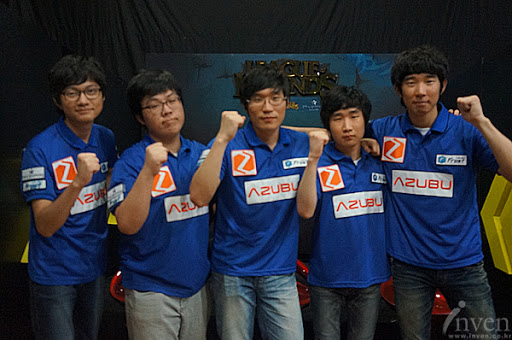 It’s fitting that he’s a Support player. Perhaps that’s part of it. To future Support players, he‘s quoted saying “Your personality needs to be oriented towards supporting your teammates...,Don’t seek the spotlight yourself, but enable everyone else to perform better. Fulfill your role by doing all the dirty work. Check the spells and small things around the game so your teammates can focus on fighting.” You can argue on whether that’s a stretch or not. One thing is for certain though: MadLife as a person was good for the game. By all accounts he was a positive influence with everyone he interacted with. For a time he held the record for the longest pairing of two players, working with Shy for almost five years! 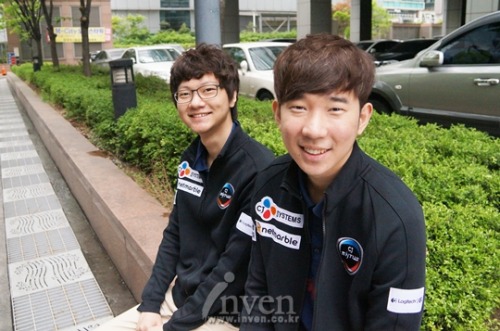 He was kind and accommodating to fans, humble and respectful with his team, and always tried to educate future pro-players. Sure, it’s difficult to gauge the tangible value of that. But it’s something that you don’t get with every top professional, and we should respect it more. Immortal Beloved This is what solidifies MadLife’s reputation as a God. Through all the difficulties in the later parts of his career, his name continues to garner respect. While other players of his era have either lost notoriety or left the scene entirely, the God of Grabs continues to be known. Following his retirement, MadLife began a year-long stint with Riot Korea as an analyst. Afterwards, he became a streamer, something he has continued to this day. He has been quite successful - gaining sponsorship from a major team, streaming to a consistently large audience, and running a YouTube channel that regularly pulls in hundreds of thousands of views.  The fact he has accomplished this while not playing professionally for more than three years (and at an elite level for almost six) is a testament to  how impactful the early years of his career were. It’s something else reassuring for future players. He’s among esports’ first generation to retire and find success still involved with the scene. Even with the short career times for top professionals, the fact a former player can now thrive financially for years to come is an essential development. 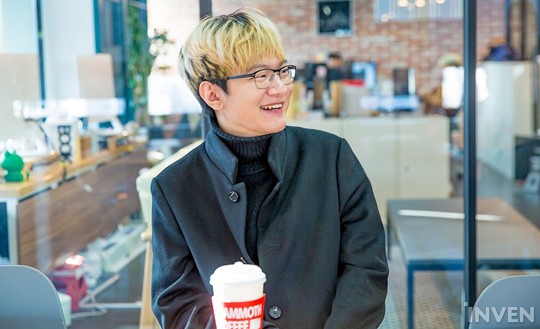 Of course, being part of the very lexicon of the game is another way he’s everlasting. The “MadLife”, predicting someone’s flash and successfully hooking them in, is a phrase still heard to this day. Some new fans might not even know who MadLife is, but the way he inserted himself into the game so iconically, there’s a good chance they’ve heard his name. And even if people start to forget his name, his hard work will continue to impact the game. His residual impact on the Support position, esports, and the community is something still experienced for years to come. Even if it won’t be regularly acknowledged, the fallen MadLife has cast an eternal shadow. Conclusion  I thought it was fitting to title this concluding piece Immortal Beloved. Not just as a fun way to describe the endurance of MadLife’s legacy, but because like the Immortal Beloved, this has been a love letter of sorts. MadLife has been one of my favorite players in esports. Watching him destroy people when I was a youth was one of the reasons I chose to work in the scene. 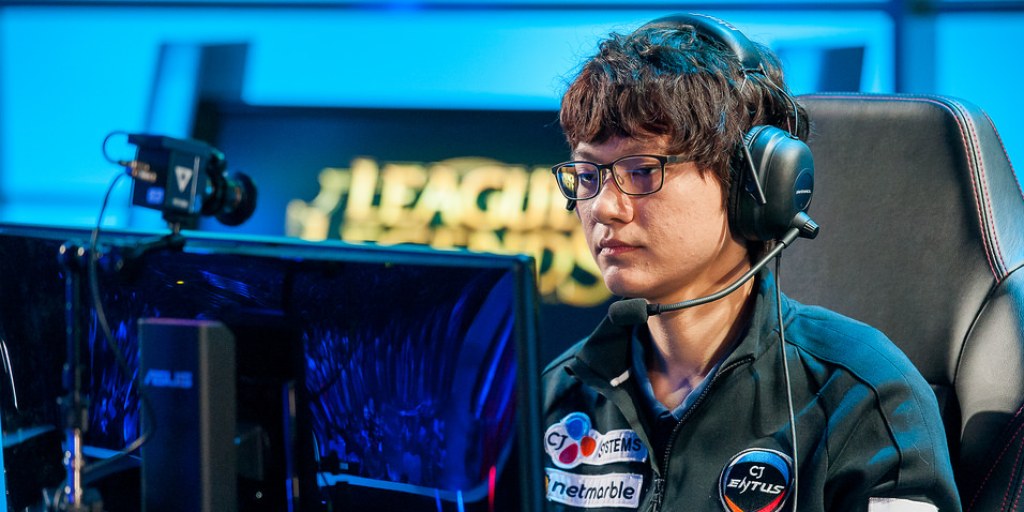 League of Legends has a lot of talented people in it. It has a lot of hard workers. And I’m thankful that so many are kind-hearted. But it’s a rare blessing in the scene for someone to possess all three of these attributes. MadLife is one of them. He was for a long time the world’s greatest Support - for a short time the best player. He toiled away memorizing movement speeds and spell cooldowns - helping him win multiple championships and providing fans some of the most exciting gameplay ever. He did all of that while being a genuinely kind person. That’s something that should live on forever. 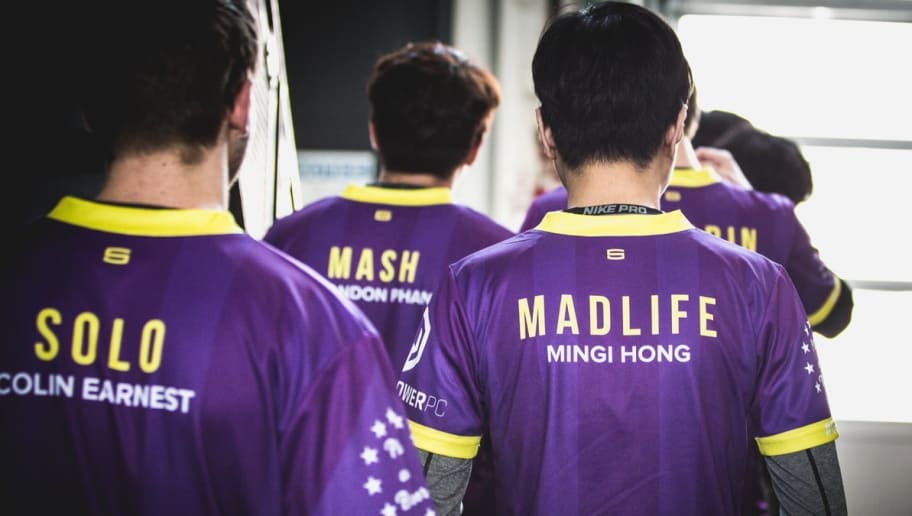 Obviously MadLife is just a normal guy. If I came across as getting carried away - guilty as charged. But someone that has had such a large impact on the game both literally and spiritually is important to our industry’s health. It’s something that needs to be told. With all the work he put into the early evolution of the game, how exciting it is because of him - there is hardly anyone more deserving of being called a God. Near the end of his career, MadLife came forward with some introspective and powerful words. It’s a perfect display of his humility and high standards. “God is a nickname reserved for someone who is able to play at [a] really high level for a really long time...,I feel like when I was first called ‘god’, I might have deserved the name. As time goes by, I am becoming less and less deserving of the title.” I’ve done my best to prove him wrong. If you enjoyed this series, follow the author on Twitter for more at @OddballCreator. Photo credits in respective order: Riot Games, Inven, OnGameNet, Respective Owners