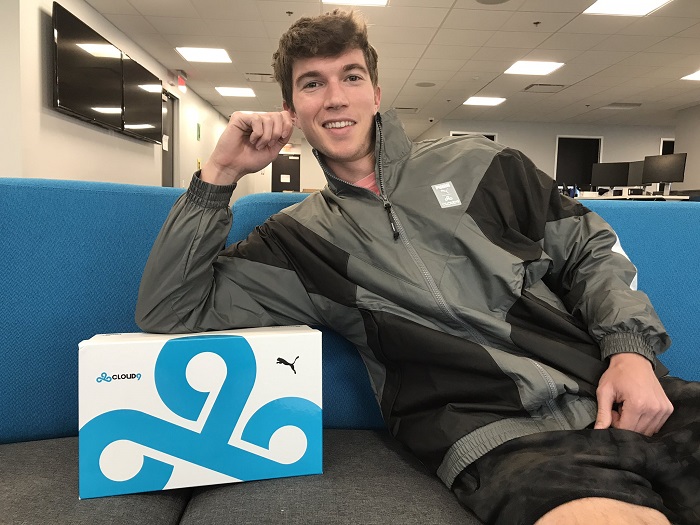 KarY 2020-12-08 01:31:22
We caught up with popular YouTuber and reporter Jake Lucky for a quick interview on his life growing up, interest in esports, providing esports and gaming news in video form, creating awareness of living a fit and healthy lifestyle, and more. Hey Jake. Tell us about yourself. I grew up in Iowa, and from a young age was always into sports but never too great at them, and really enjoyed computer games. Age of Empires is the first computer game I remember and I was hooked since then. Growing up I worked a lot of odd jobs, passing out flyers for a Mongolian grill, a catering company, 2 years working on a farm, and an internship at a Real Estate agency, while part-time streaming on the side. I’ve been blessed to have parents and a family who supported me the entire way. How did you get into video games and when did you decide to foray into the esports side of things as a potential career path? From a young age I was addicted to PC games like Age of Empires and especially Runescape, which was actually the first game I made YouTube videos on back in the day. Thanks to Runescape and my small community I was able to turn part-time streaming into a summer job, until my first year of College where a friend introduced me to CSGO, and the rest was history as I went from streaming CS to eventually starting CSGO News. Once I graduated College I realized my CSGO channel was just not going to be enough to convince my parents it was a full-time job, and I began searching for opportunities in Esports as a whole. How did you find yourself in this niche? Specifically, you report news but not in the conventional sense - like a Slasher but also being that "YouTuber hybrid." Not really sure how I landed where I am at. A lot of people don’t know we have been finding this “niche” for over 2 years now, and it took that long to figure out what exactly our angle was going to be in this space. All I knew is that there were very few people giving Esports and Gaming news in video form, and I wanted to fill that spot as best as possible. Your method of delivery seems to involve you reacting in a "news broadcast" style to tweets or already reported news.  Have you considered sticking your neck out and doing your own reporting? There has only been a handful of times where I have published videos based on my own reports before anyone else, and to be honest it’s quite terrifying. In a scene that is incredibly critical you have to be 100% factual and correct even if your report is speculation, or people will heavily criticize you. It’s why I have the utmost respect for Esports journalists who can handle that heat, and consider myself to be a reporter, not a journalist. You still seem to have a solid amount of close contacts in esports. How do you go about networking? Twitter has been the best place for me to begin or expand my connections with people. I have been lucky enough to garner a following over there just based solely on tweeting out the news with some jokes here and there. And it seems Esports Orgs, players, and owners love the interactions, so Twitter is how I have gotten to meet a majority of those contacts and keep in touch with them. I'm guessing the way you deliver news is to make it more captivating for a lower attention span audience or even just a younger audience. Is there a rhyme or reason as to how you decided to get to your current delivery method? The news I cover truly excites me, and I hope it can excite the people who watch as well. If I didn’t have the energy behind the videos then I wouldn’t be able to make as many as I do. I did get tired of seeing so many 10+ or 15+ minute videos on topics that I can cover in a shorter span of time, and felt I offered just as much information. I think people nowadays more than ever love to get their info quick and simple, myself included, so that is a big reason why I keep most of my videos extremely short. Your Twitter description says "trying to be fit." Is this a meme? Are you actually on a fitness journey? Explain. Haha not a meme, just one of the first things I ever put in the description so I didn’t change it. I do really enjoy fitness and working out helps keep me motivated in other areas of life, so it’s something I love to see in other people as well. What are your thoughts on journalism based on an outlet versus journalists that operate on their own? I enjoy several journalists who are either independent or work with an outlet and it doesn’t bother me who someone writes for. News is news. What are your thoughts on video news vs written? I know some people enjoy reading their news, and others enjoy watching. I think both offer great content and a necessity for the Esports scene. When do you deem tweets as newsworthy? What is the process for determining when to make it “news”? I am lucky enough to work for a company who let’s me tweet or make videos on anything I find to be news. For me news can be something that’s a big move, dramatic, controversial, or even something that’s just comical. If I enjoy talking about something, I will make it into a news video. We hope you've enjoyed our newest feature. Kindly support us by following Esports Heaven on Twitter and keep tabs on our website for more interesting content. Feature image credit: Jake Lucky Twitter