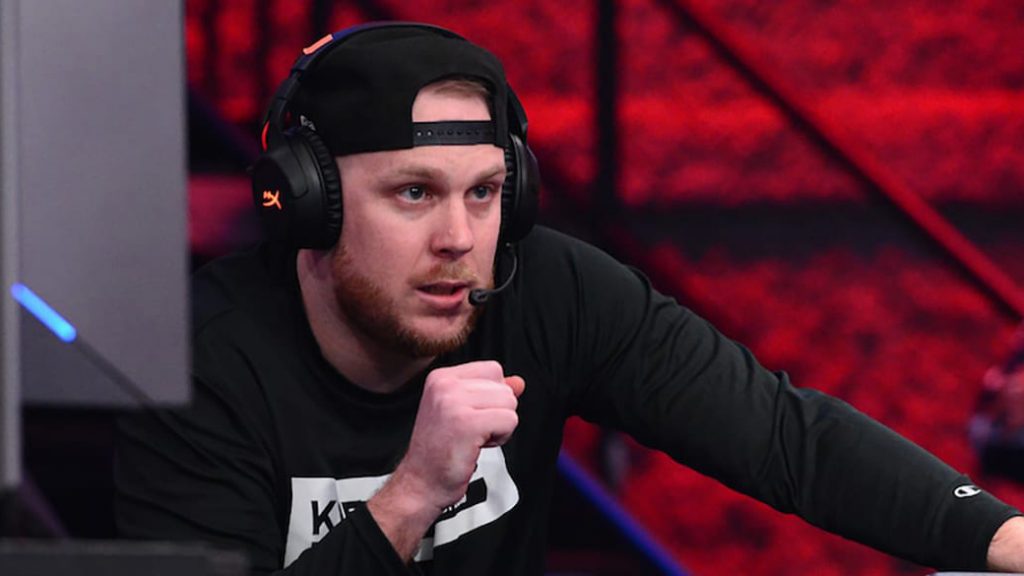 Aashir Ahmed 2021-06-18 04:32:53
Coach Layton is the head coach of Kings Guard Gaming, a NBA 2K League team sponsored by the Sacramento Kings. He’s going on his third season as head coach, and continues to move closer and closer to securing a championship for the city of Sacramento. Layton made the transition to coaching after starting out his NBA 2K career as a competitive player. His reputation has grown to be considered one of the best coaches in the league. Coach DJ Layton, after being the head coach helped reconstruct the Kings Guard roster which was once in turmoil and navigate the team through intense matches and make it to the Semi-Finals and Finals in his three years with the team. Coach Layton sat down with Esports Heaven to discuss his coaching career, Kings Guard's rookies, as well as his favorite team in the NBA. Moreover, he describe a typical practice session for the Kings Guard, and shared his thoughts on the current state of NBA 2K League. Thank you for taking the time to give us an interview, DJ Layton. To start, would you be able to give a brief background on your experience in Basketball?  I have been involved with basketball my entire life. I played it while growing up, in high school, in junior college then transitioned into coaching junior high, high school, and now in the NBA 2K League.  What was the feeling like when you got the opportunity to become the head coach of Kings Guard Gaming?  It was a rewarding feeling for sure. Having been turned down by a few organizations and ignored by most. When Sacramento gave me a chance, it was awesome knowing that I had a chance to showcase my abilities and help turn their organization around. What would be your favorite or most memorable moment from the last season of the League?  It would probably be just our success in tournaments, we had a finals appearance and a semi-finals appearance so far. You made the second round of the playoffs last season but were eliminated by Wizards District. What do you think went wrong? How do you plan on coming back this season?  This was the second year in a row we ended up losing to the eventual champs, they were playing at a high level, and we did not come out and match their intensity. We had a very good chance in game 2, but our offense fell apart some and we couldn’t get the win.  What are your thoughts on the two new players MaJes7ic, KerryJr that joined the team? Are you impressed by their performance during games and practice alike?  Majestic and Kerry have been great for us on and off the court, Majestic has come into his role at Center and been productive for us and Kerry has been amazing in bringing energy and helping with a lot of little things that are needed to become a championship team.  In what aspects of coaching do you feel that you excelled at most during your last two seasons with Kings Guard Gaming? What do you think you can personally improve on?  I think one of the main things I excelled at was just natural communication with my players, making them feel comfortable, learning with them, having a relationship where we can bounce ideas off each other. I feel like I can personally improve on my game plan preparation which I feel like I have this year, it is just me over here so I have to set up practices, scout, film, and create game plans for our matchups. It can become overwhelming at times but I’ve learned more about time management to help improve those things this year for the team. Could you guide us through a typical practice session?  Our typical practice will consist of scrimmaging other teams in the league. We work on all aspects, be it defensive rotations, offensive plays, etc., that we might need going into our next match-up. After games, we will watch our gameplay on how we can improve. How would you say the 2K league has improved over the past 3 seasons? What do you think about the future of the league?  I think the league has shown improvement in my time being here. Obviously, I’ve had different experiences as year 2 we were traveling and year 3 was all remote play from home, but the broadcast and production have definitely improved, and I just think overall the league is continuing to trend in the right direction and I hope it’s around for a very long time.  Which team are you rooting for in the NBA? Who is your current favorite player?  I am a die-hard Lakers fan but don’t tell anyone! Lol but yes lakers and obviously the kings especially since DFox is from my city and being employed by them, I 100% support them. My favorite player of all time is Kobe Bryant and currently, I would say my favorite player is Damian Lillard and D Fox. Once again thank you for taking your time out to answer this interview. The floor is yours for any final things you’d like to say, give a shoutout, etc.  Thanks for reaching out it was cool taking the time and answering any questions you had for me! If anyone has any questions for me you can find me on IG (@djlayton23) or Twitter (@DLAY2K) Kindly support us by following Esports Heaven on Twitter and keep tabs on our website for more interesting content. If you enjoyed this interview of ohai, follow the author for more Valorant content at @AashirAhmed155.