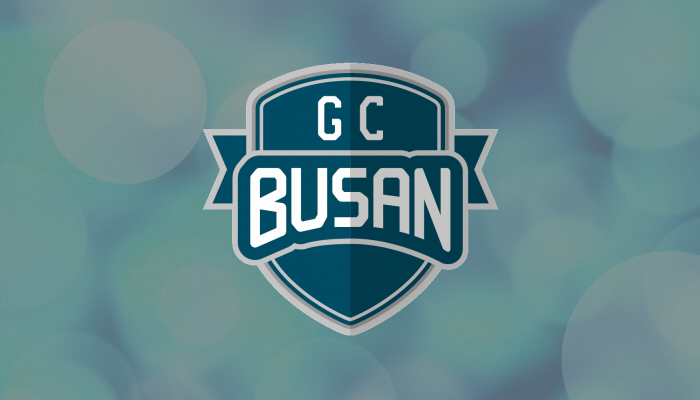 Volamel 2017-12-07 06:49:53
Dear fan of the future, I am unsure who is dominating the Overwatch esports ecosystem when you read this, or who is quickly climbing the rungs of the competitive ladder, but I write to you today about a team, player, or organization that is long past your time. Something that is timeless in their story and their purpose. Something that dared you to challenge your perception of the current landscape of Overwatch. These are my letters from the past to help educate people on where the community has come from and to act as a Rolodex of info on just who these teams were so that their legacy might continue to live on through you, the reader.

This is the story of the protagonists of OGN’s APEX Season 4 - GC Busan.

GC Busan began as an amateur team that was known for being a touch more aggressive than most of their Korean counterparts. Their offensive-focused strategies orbited around their stellar communication and target selection. As the team developed into the titan we knew them to be, GC Busan leveraged their excellent focus fire and developed a more passive and defensive style. While the majority of their wins were with calculated aggression, if the situation called for a more slow and steady approach, GC Busan had the patience to “rubber band” and use the enemy's momentum against themselves. GC Busan started their story as the first Korean team to be directly supported by a city. The organization was sponsored and supported by the government of Busan, South Korea and airline company, AIR Busan.

That said, GC Busan did not explode onto the scene. They were a solid team, nothing too noteworthy. I remember them as I wrote a preview of the Season 4 APEX Challengers. They seemed like a team with a lot of promise that leaned on some beautiful fundamental Overwatch, but not as standouts. No one could have expected what would happen in a few months' time.

To start their careers, GC Busan placed 1st at the Road to APEX tournament, which granted them qualification to APEX Challengers Season 4. With ominous foreshadowing to their future success, GC Busan won this tournament without dropping a single map. 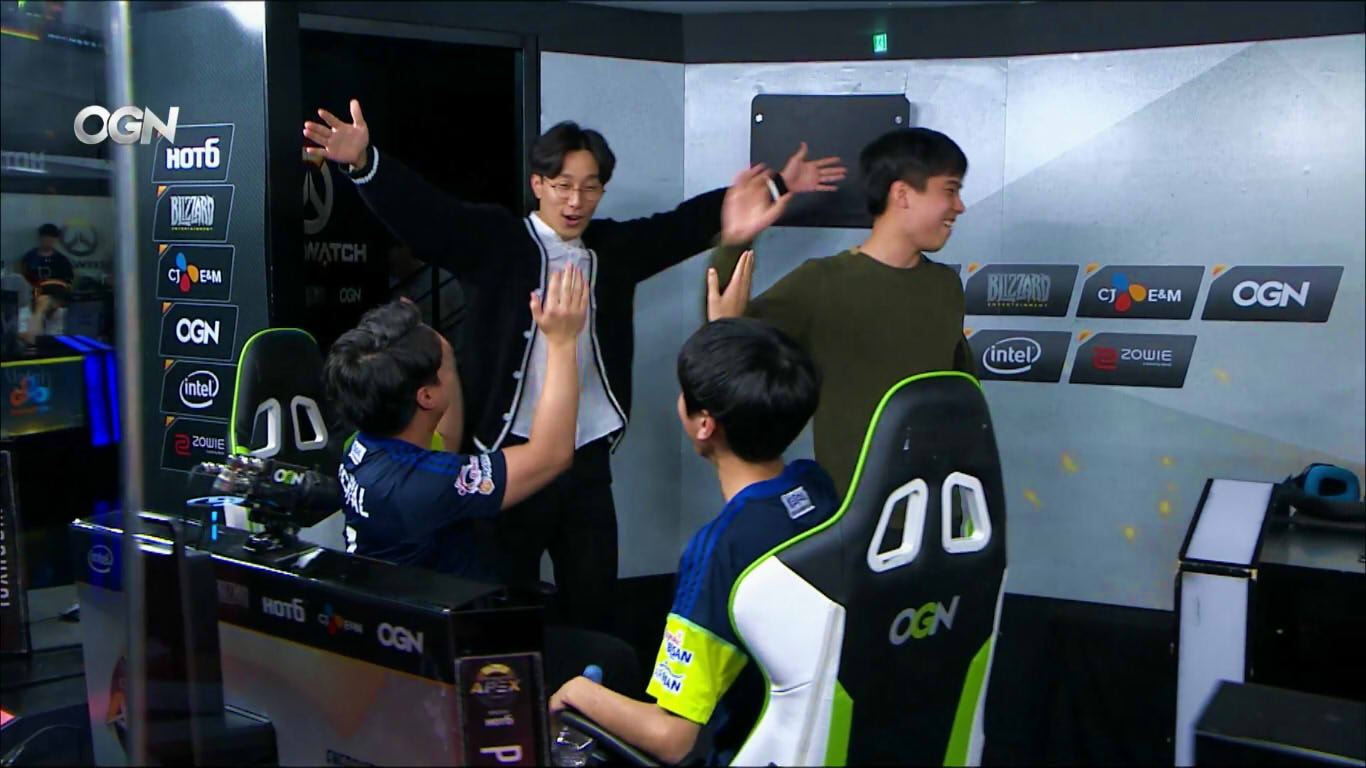 During APEX Challengers Season 4, the first group stage went swimmingly. GC Busan managed a 6-1 record and went 19-9 in maps. The second phase GC Busan dropped one game to LuxuryWatch Red (LW Red), 0-3. This loss would prove detrimental in GC Busan’s standings as they narrowly missed taking APEX Challenger Season 4 as they exited in 2nd place with a 4-1 record and going 12-6 in maps. Monetarily, the difference in 1st and 2nd place was nonexistent and the top four teams from Challenger Season 4 all directly qualified for APEX Season 4.

In the playoffs, GC Busan surprised everyone in the intimate APEX Arena with a 3-0 over back-to-back APEX champions, Lunatic-Hai, 3-0. With the wind underneath their wings, they prepared to face off against RunAway. The train to Busan hit a minor bump in the road with a 3-2 loss to RunAway. This was the breaking point. This was when the transformation of GC Busan truly happened. Lunatic-Hai crashed against GC Busan in the rematch that would decide who would advance into the APEX Season 4 Semifinals. GC Busan would again shock the world as they quickly dispatched Lunatic-Hai, 3-0. Next, on their path to victory, GC Busan took on Cloud 9 KongDoo. KongDoo was second fiddle to Lunatic-Hai in terms of skill and placed second in the last APEX season.

The hill was only going to continue to get more steep from this point out and if GC Busan had any shot at doing the impossible, it would be with the surge of momentum after defeating Lunatic-Hai 3-0, twice. Without fail, GC Busan continued to reach out with both hands and capture their destiny as they thrashed Cloud 9 KongDoo in dominating fashion, 4-0. Not only was this the farthest an APEX Challenger Series team has made it, but GC Busan had also performed miracle-like upsets, 3 times in a row. It brought me back to APEX Season 2 and Meta Athena’s dream run. The plot armor surrounding GC Busan was almost palpable as they approached a familiar foe in the Grand Final of APEX Season 4, they would meet RunAway in an arduous best of seven. In a nail-biting best of seven, RunAway fell to the might of Park “Profit” Joon-Yeong's pocket Genji play and the coordination of GC Busan’s stellar teamwork. What was most shocking was that GC Busan was a team that never played a traditional style of Dive composition (Tracer/Genji), but broke out their pocket strategy in the Grand Final of their rookie season of the APEX league. Nonetheless, GC Busan actually pulled it off, four amazing victories; Lunatic-Hai (twice), Cloud 9 KongDoo, and then after losing to them in the playoff group stages, GC Busan managed to edge out RunAway and became APEX Season 4 Champions.

Not only were they the newly crowned APEX Champions, but they were also the heir to the lineage of the ‘royal road,’ a Starcraft term which is gifted to a rookie player (or in this case a team) which wins their first major tournament. The significance of the royal road is not only that this feat is incredibly hard to do, but the success rate of having a long-lasting and bountiful career after walking the royal road is very high.

Riding high on their amazing APEX victory, GC Busan was invited to attend the APAC Premier Series 2017. They were seated directly into the bracket and had the fortune of avoiding the bracket stages. They made quick work of both Flash Wolves and the Afreeca Freecs, both ending 4-0. GC Busan found themselves in their second consecutive major tournament grand final and it was against the APEX Season 4 runner-ups, RunAway. The perennial underdogs had made their way into the grand final and were eager for their rematch against GC Busan. I will skip the flowery language here; the boys from Busan only dropped one map against RunAway and defeated them 4-1. To put this streak of dominance into perspective, in the span of about two and a half months of playing at the top level (from the start of APEX Season 4 groups until the end of APAC), GC Busan had lost 7 maps.

GC Busan is the team that has most recently walked the ‘royal road.’ They’ve placed each and every regal brick in their championship wake that spanned two tournaments. In their rookie season of the prestigious OGN’s APEX League, GC Busan did the unthinkable and claimed victory. Now, they find themselves within a star-studded lineup with some of the best talents in Korea as London’s newest esports franchise, the London Spitfires.

Even after their amazing time together throughout APEX Challengers, APEX Season 4, and APAC 2017, GC Busan parted ways with their organization. Even their head coach Lee “Hocury” Ho-Cheol, who was heavily credited as being a huge catalyst for the team's transition from being a ‘forgettable APEX Challenger team’ to a history-making powerhouse, now has found his way into the Overwatch League. Head coach Hocury was set to stay behind and develop the next iteration of GC Busan for APEX Season 5, but after an offer from the Seoul Dynasty Overwatch League team, he’s accepted the offer and now is aiding the Dynasty’s tenured coaching staff.

It’s impossible to guarantee that the core of GC Busan will continue their legacy of unprecedented success, but from what they’ve left us through their history, they have an incredibly bright future. A royal road story usually hints at an incredible success story, almost like a young prodigy's story might be told. It will be interesting to open this letter in a few years' time, almost like cracking the lid off of a time capsule. Will they live up to their history or will they face fatigue right as the Overwatch League begins? Only time can tell.

All aboard. The train to Busan will be departing...now.

Joseph “Volamel” Franco has followed esports since the MLGs of 2006. He started out primarily following Starcraft 2, Halo 3, and Super Smash Bros. Melee. He has transitioned from viewer to journalist and writes freelance primarily about Overwatch and League of Legends. If you would like to know more or follow his thoughts on esports you can follow him at @Volamel.