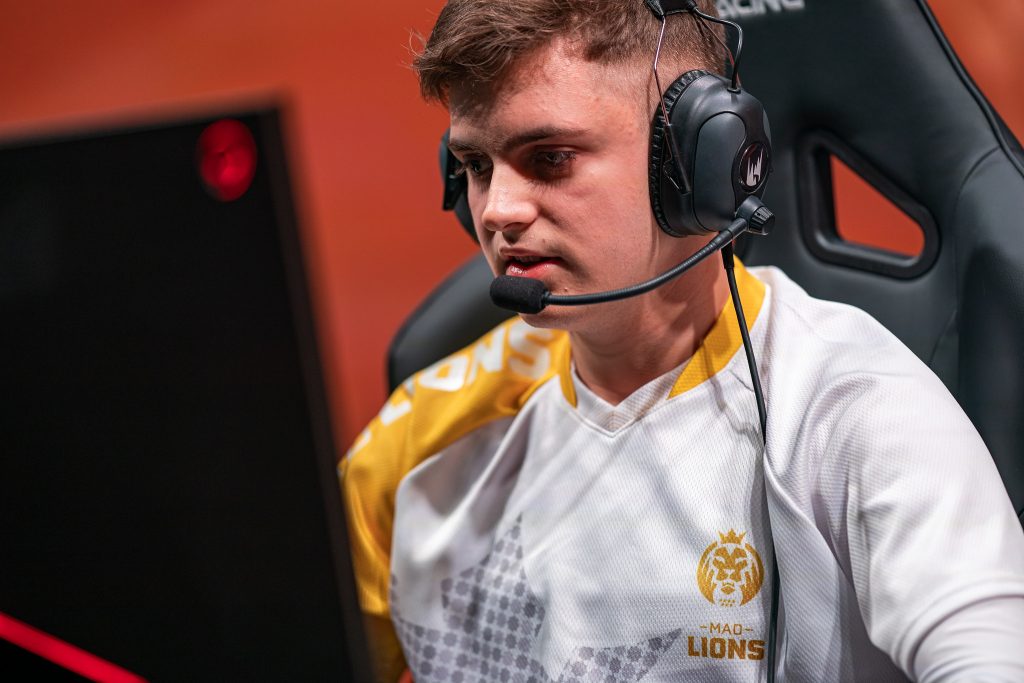 MAD Carzzy talks about his motivation, his team, and European bottom laners

Oddball 2021-06-15 03:26:15
Esports Heaven had the opportunity to sit down with Carzzy about his motivation, his team, and European bottom lane players. In a lot of ways you look like a completely new player from what we’ve seen before. Many times you took more of a supportive role on MAD, but since MSI you’ve shown yourself capable of carrying games. What caused the jump? It's definitely the style of how we played as a team. We were playing the teams and like it was bot lane meta, so you couldn't just play supportive style. So I had to step up and start playing better. And that's the main reason to be honest, just because we played against the other teams, I improved a lot. I had a lot more motivation. You were someone that was open about your guys’ performance at Worlds last year affecting you fairly negatively as far as your mentality. What impact did winning LEC and having a strong showing at Worlds have on you? Yeah, I'm definitely more confident since we made the roster changes, the atmosphere in the team is a lot better. So that's great. And overall, I just like how we play we are motivated and we are playing better and better. 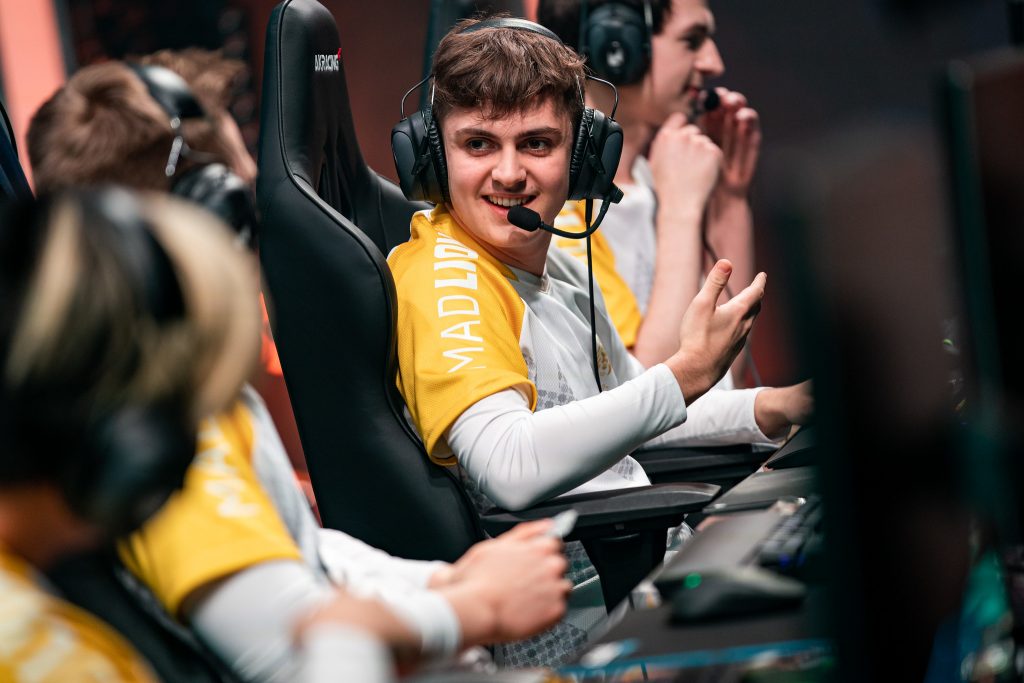 You’ve now had the privilege of playing against some exceptional bottom lane talents. Most publications ranked Rekkles as the best bottom laner in Europe—what differences in playstyle and skill did you notice comparing him to someone like GALA or Ghost? It's mostly the aggressiveness. I think Rekkles is really good at playing safe and not making any mistakes. But I think that GALA and Ghost for example—they're quite aggressive AD carries, so they will just do something you don't really expect. And maybe it will work or it won't. Are there any other bottom lanes in the world that you currently study? I always look at JackeyLove, that's kinda it...and Viper as well. Those two because I really like how they play. You’ve stated your goal is to become the best bottom laner in the world. What do you think are the most significant aspects of your game you need to work on to get there?  I mean right now I think it's well rounded. We are just improving a tiny bit on everything all the time with Kaiser. So I think that we are on a good roll. I'd say like, we had a small break. So right now we're not where we were at MSI, but I think we are gonna get better shortly and then start improving a lot again. Related: FLY Johnsun Speaks About an Intense 50 Minute Game Against EG, Ezreal Frozen Heart, and Season 11 Summer Split Meta Do you prefer the two of you playing aggressively in lane? I mean, I know how to play the passive style because we used to play [passively]. I think it was hard for us to learn how to play aggressive with the jungler again, because like at some point, we started playing passive. And we were playing 2v3 and 2v2 all the time when we didn't want to int at one point. And I think it was like someone last split. We were just trying to survive. So basically, we have to work on everything all the time. There's definitely a lot of competition for you guys in Europe. Where do you guys rank yourselves overall? In Europe? When we are on our peak we are the best. But right now? I'd say we are top two after Hans sama and Trymbi. I still think that Rekkles and Mikyx are really really good. But I don't think that they're that good in lane, they're good after lane. Your team is primarily praised for their early game skill and aggression, one noted point has been tightening up your macro game. How have you guys been trying to improve in that area?  We haven't talked about macro since we were back from MSI, because our coach is not here with us. And we just started scrimming recently. So we haven't done much like we were just scrimming for the past three days, otherwise we haven't been playing.  Let’s talk about Elyoya for a second, since you’re someone that has high praise for him. His old manager once said “It’s true that I’ve never seen a player that breathes and talks more about League of Legends than Elyoya”. How does he contribute to the team out-of-game? He's a great teammate. And he's a really great in the game as well, of course, but like he's bringing fun to the team atmosphere, which we were also. The team is basically built on having fun, and he perfectly fits him. So that's perfect. 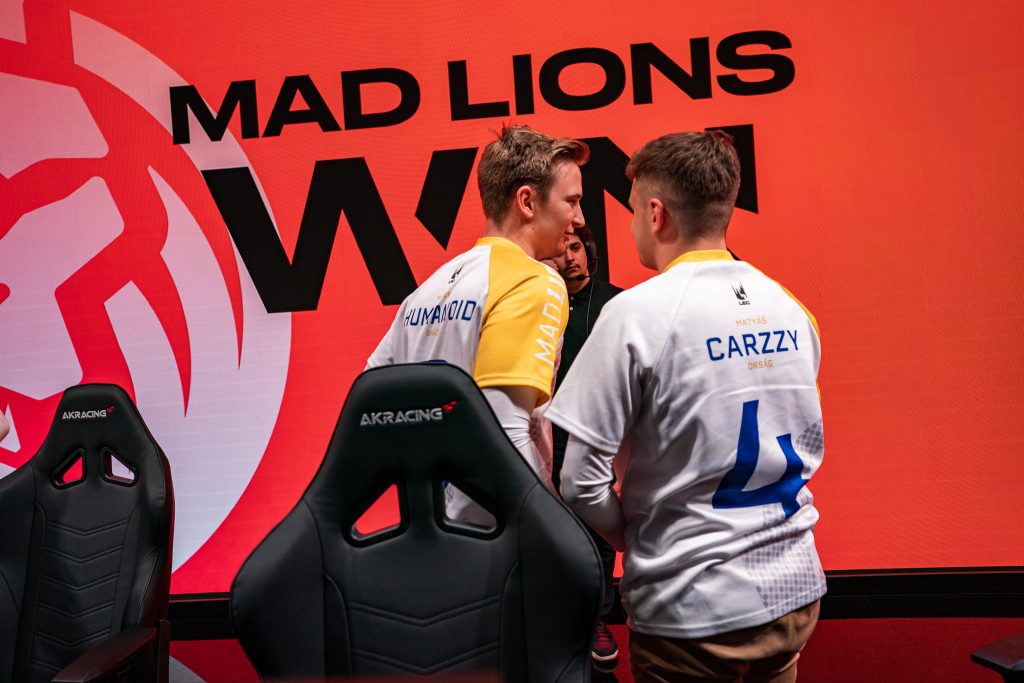 Something you tweeted during MSI was your newfound friendship with Cryin. Care to elaborate on that? We were screaming at each other because they were next doors. So while we were playing, we would just scream at each other at night or we will sing or something like this and it was a lot of fun. We would just go up to each other's room knock and then shake hands. You’ve talked about the impact of your friends and family  and the difficulty in not being able to be with them during all these events. Do you have prospects of seeing her soon? What are the biggest challenges you think this split? So this is going to be a lot better because the current situation is improving. So I think my family and my relatives are going to be able to travel. My girlfriend is also going to visit me soon. And the biggest thing we have to overcome is burning out because we just need to stay fresh. In the end, it doesn't matter if we are first place or not in the regular split, what matters is playoffs. So we just have to stay healthy minded, and keep the peak for playoffs and Worlds.  If you enjoyed this piece, follow the author on Twitter at @OddballCreator. Image courtesy of Riot Games