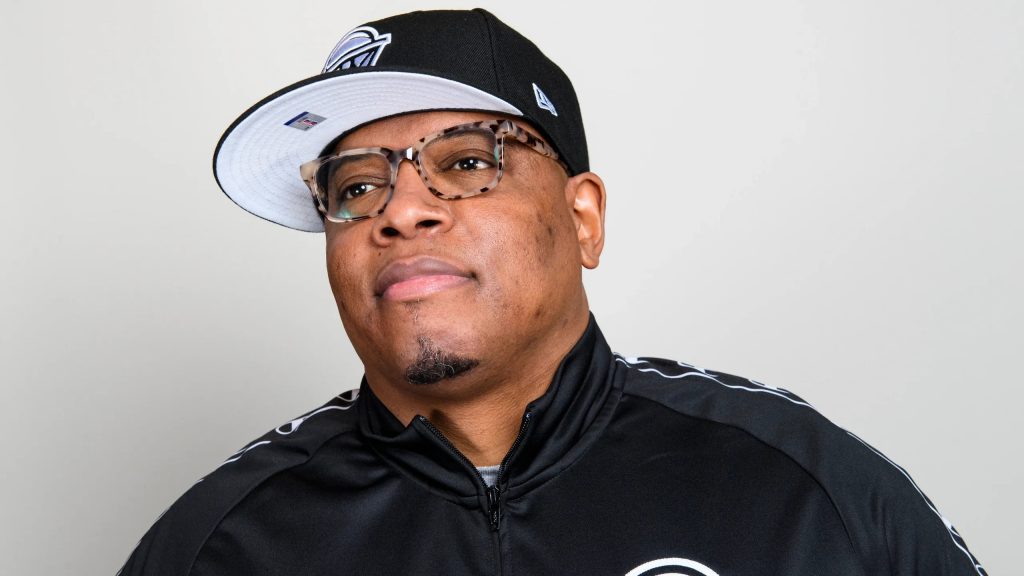 Aashir Ahmed 2021-08-25 05:05:27
OG KING CURT sat down with Esports Heaven to discuss his involvement in basketball, NetsGC's performance, and the rookie picks they made this year. He also touched on his reaction to becoming the team's coach, his duties as a General Manager, and the OG2Cents Podcast. OG KING CURT is the General Manager of The Brooklyn Nets Gaming Crew of The NBA 2K League. He has also co-founded the MyPlayer Basketball Association (MPBA)—one of the most competitive online NBA 2K Leagues in the country. He is also considered a pioneer within branding and gaming, and has been known in the industry as the “Godfather of 2K”. An industry professional , he has been featured on platforms like The Undefeated, Getty Images, Dimer 2K, Nets Daily and more. Ivan has also launched his own podcast, The #OG2CENTS Podcast, which airs every Sunday. Thank you for taking the time to give us an interview. To start, could you tell me about your background in basketball?   I started playing organized ball beginning in 5th grade. I continued playing throughout high school and had an opportunity to attend Edison State Community College to play basketball, but deferred as I had already enlisted in the U.S. Navy. While serving in the Navy, I started coaching, and once I was discharged, I began coaching middle school and high school boys’ and girls’ teams. I even had the opportunity to coach my own daughter.   What about your involvement in NBA 2K and esports?  I started playing 2K back in 1999 while in the Navy. While I began playing on Sega Dreamcast, I eventually moved to Xbox 360. In NBA 2K15—when the Jordan Rec Center was introduced—I first learned about organized leagues. From there, I met L.T. in another league and we eventually met up with Lawrence West. Ultimately, we all three came together to create the MPBA and the rest is history.  At the start of the season, you had a relatively decent run but are having a tougher time recently. Is there any particular reason behind this?  Every team faces its challenges, but I’m proud of our group. We made it to the NBA 2K League playoffs for the second year in a row and currently sit at 4th in the Eastern Conference. At the beginning of the season, we were primarily trying to find our rhythm and get our defense in order. We had to try various rosters and lineups until we found one that we were comfortable with and were able to excel with.  How does it feel to be a part of NetsGC? How has the experience been so far?  It’s hard work, but it's a dream job. The idea of being able to work and reside in New York has been a dream come true. And since I joined NetsGC in 2018, the entire team has felt like a family to me. This journey has been an awesome experience and people at all levels across the organization have been inviting and welcoming.   What was the feeling like when you got the opportunity to become the head coach of NetsGC?  It was indescribable. I started out just playing the game for the love of it, then happened to meet some individuals along the way that have had such a lasting impact on my life and helped me create something new. To then move from an amateur league into a professional organization is unbelievable.   Do you or any of the NetsGC players indulge in other games (in the house) in downtime, or maybe even competitively?  Most of the players do not really play any other games during the season and tend to focus mostly on NBA 2K, however, some of the guys watch other titles like Call of Duty. I personally don’t have time to play much anymore but I always love playing 2K.   Is there a specific aspect of coaching that you have enjoyed the most, whether it’s the preparation, grind, or communicating with your players?  What I enjoy most about my role is that I get the opportunity to help players achieve their dreams of becoming professional gamers. I also get the opportunity to help these young adults grow and mature during their time with me as I try to take on the role of a close family friend or mentor to guide them both on and off the court.  Is there anything about your GM role you would like to improve on?  As a General Manager, I want to continue learning about the business side of the esports industry in the hope to create more opportunities for the team to grow its brand.

NetsGC obtained 2 second round picks in the draft, including Faiz and Legit. How has their performance been so far?  Legit came from Raptors Uprising GC, who were dominant last season, but he got off to a slow start with NetsGC. While he’s had some ups and downs, I’m proud of his progress and the role he is playing during the team’s current playoff run. Faiz was an under-the-radar pick, but he has been a great teammate who is very knowledgeable as able to play multiple positions. He has been a pleasure to manage and coach this season.  I was interested in the scouting process. Was it an extensive process?  Yes, for the most part, the process is extensive as we are not provided much information on each prospect, which requires us to do additional research on our own. I trust my players to provide feedback and insight into the scouting process, as having their information has proven very valuable.  Choc is one of the leading scorers of the league. What do you have to say about his performance?  His performance speaks for itself in my mind—he is the top point guard in the league. Choc is a supremely talented player and knows the game inside and out.  How fun is it to see the NBA and basketball get their stage in a massive world like esports?  As somebody like myself who has been an avid NBA fan all my life, it is amazing to see gaming and the NBA come together. It is great these worlds can come together and work well with each other.  How big do you think the NBA 2K League can get?  I think the sky is the limit as the league is still in its formative years and continues to garner new interest both nationally and internationally. I think we’ll see the NBA 2K League grow globally in the coming years with more overseas events, and I believe the league will increasingly be recognized globally.   For those not particularly engrossed in the 2K league or competitive NBA, could you tell us about the MPBA?  The MPBA could be viewed as the “G-League” version of the NBA 2K League as every professional NBA 2K League player has competed in it at least once throughout their career. It is an organized league with individuals creating their own teams for the 5v5 Pro-Am game mode where they play each other for prize money. All the top Pro-AM players play in the Pro-Am game each year.  Lastly, what do you have to say about the OG2Cents Podcast? Which are some of your favorite guests to be on the show so far?  The OG2Cents podcast was created on my Twitter platform where I used to tweet positive and motivational tweets under “#OG2Cents.” A year later, I created the podcast to serve as a platform where guests can tell their stories and explain what they do in a way that educates and motivates listeners to achieve their own personal goals, whatever those may be. Some of my favorite guests thus far include former WNBA star Renee Montgomery and my manager at Ford Models Justin M. Jacobson.  That’s it for the interview. Is there anything else you’d like to add or any other shoutouts you’d like to give?  A special shout-out to LT and West for us coming together to create something special that let us live out our dream! Also, check out my official merch line with Skullz. Featured Image from OG King Curt's official website. Kindly support us by following Esports Heaven on Twitter and keep tabs on our website for more interesting content. If you enjoyed this interview of OG King Curt, follow the author for more Valorant content at @AashirAhmed155.