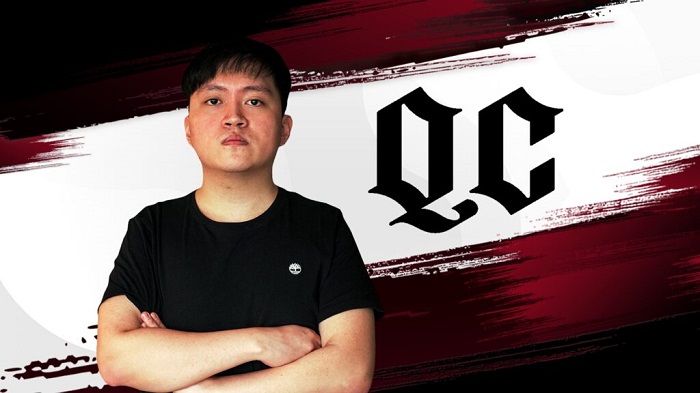 Poloson on playing for Quincy Crew at Singapore Major

KarY 2021-04-07 05:05:42
Poloson sat down with Esports Heaven for a quick chat post ONE Esports Singapore Major. He talks about his experience playing as a stand-in with a North American team at the Major, difference between NA and SEA playstyles, his plans in the upcoming DPC season and more.

Hi Poloson, first of all, thanks for taking out your time for this interview and congratulations on your run with Quincy Crew. Could you share with us how did the both of you come together? Hello and thank you even though we did not perform up to our expectations sadly. Quincy Crew’s manager, Jack ‘KBBQDotA’ Chen, approached me to see if I was available to stand in for the Singapore Major and I felt it was a great opportunity for me not to miss out on, so I immediately agreed to it. Is this the first time you played with NA players? How did you feel and what do you think are the differences of NA & SEA players? It was my first time playing with NA players and there were definitely certain similarities and differences between the players in both NA and SEA region. An example of similarity would be the work ethics; players from both scenes are equally hardworking and talented. The difference would be that the both NA & EU scene like to think of how to play fast-paced games and the SEA scene usually plays at a slower pace as compared to the other two regions. What is the biggest takeaway or lesson for you from playing with Quincy Crew in this Major? Do you think that this could elevate you to a higher level as a player? One of the greatest takeaways would definitely be knowing this bunch of awesome teammates. They were extremely friendly and welcoming even though I was completely new to the team. I was exposed to learning from other players’ thought process and the way they interpret the game which was a valuable experience to me. Playing with the team has definitely elevated me to a higher level as they’re all players who play the game smartly and I definitely believe they would do even better at the Major if they were at their full strength (with MSS instead!). Big shoutout to the boys in Quincy Crew, Jack, our handler Jeremy, as well as Hades who stood in for Jack during the Major. If you could go back to the first day of group stage in this Major, is there anything that you would’ve done differently? I would have interacted with them more to find out more about how they would like to play the game so we could function more naturally as a unit. Did you enjoy playing with Quincy Crew, and why is that?  Of course! I definitely enjoyed my time with the crew! They’re really awesome and selfless! To someone who is new to the team, they shared a lot of their in-game knowledge & thought process with me. I was really fortunate to be able to play with them for this Major. Is there any particular part of the game that you are looking to improve on after your experience at the Major? If there is, how are you planning to improve? I will definitely be looking to improve on myself further. For the past year, I switched to playing position 5 in order to adjust to the team dynamics. My expertise definitely lies in playing position 4 and for now, I am really motivated to switch back to playing it! I plan to improve on every aspect of being a competitive player and a teammate as well.  Let’s talk a little about the upcoming DPC season, what is your plan for that? I will be playing with Galaxy Racer for the upcoming DPC season and looking forward to the TI Qualifiers. Please support me and my team! How would you describe your last season with ZeroTwo? What do you think is the biggest reason for not qualifying to the upper division? ZeroTwo was randomly formed right before the DPC Season 1 Open Qualifiers. We came together as a stack and did not practice prior to the tournament as there was limited time for us to train as a team. At least 3 of the players came from a different team and region as well, which makes it even harder for us to gel together given such a limited time frame. We were disappointed in our results but nonetheless, we tried and we definitely had fun playing together. Thanks for your time again Poloson, it’s really nice knowing the insights from you. Before we wrap this up, is there anything that you’d like to say to your fans that have been supporting you? Thank you for supporting me and Quincy Crew in the run and we appreciate it! Kindly support us by following Esports Heaven on Twitter and keep tabs on our website for more interesting content. Image credits: