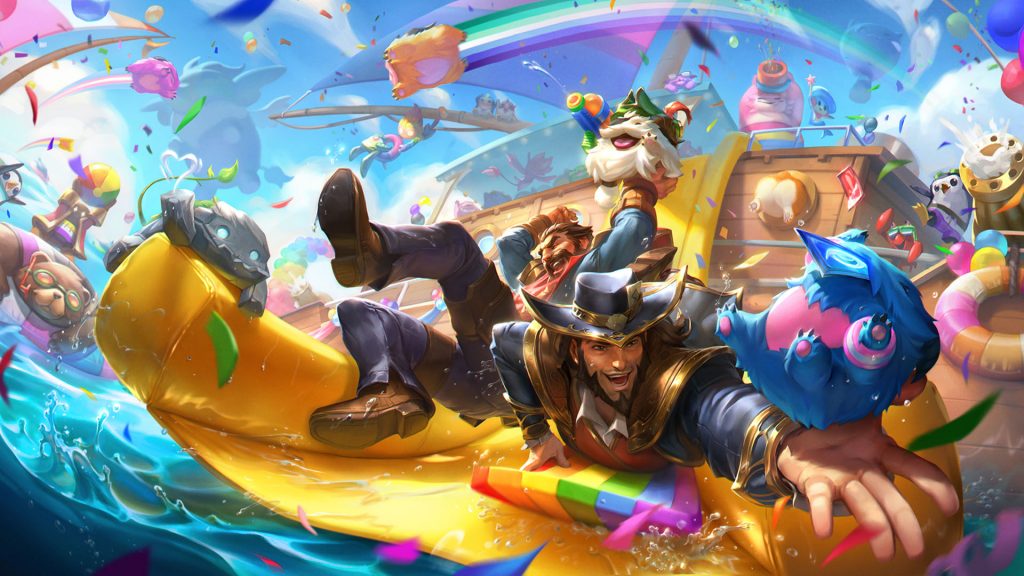 Mush 2022-06-08 03:00:01
June means happiness. June means Sun, Beaches, Summer. June also means Pride. The sixth month of the year has been symbolic for Gay Pride and LGBTQIA+ causes since the Stonewall Riots in 1969. It was first declared as the “Gay & Lesbian Pride Month” by US President Bill Clinton in 1999, remained so from 2009 to 2016 under President Obama, which declared it “LGBT Pride Month”. Now it is a yearly celebration of any and every person under the ever-growing acronym. Unfortunately, in Esports, June is also a yearly reminder of how hypocritical the RIOT Games — and frankly, most of the industry as a whole— is.  A movement for change Pride month has its deepest roots in the aforementioned Stonewall Riots. These confrontations became a symbol of the Gay and Lesbian movement as a whole and remain crucial in understanding the history of discrimination in the US and the World. Stonewall sparked a global movement which lasts to this day, focused on making changes where they should be made and trying to normalize the acceptance of any and every sexual orientation or gender identity on the entire planet. So every year in June, celebrations are made all across the world to promote diversity and fight discrimination.  The issue is, if Pride Month’s main purpose is to raise awareness to the issues that still exist in the 21st century, why is it that companies like Riot Games avoid targeting the exact regions that show more signs of anti-LGBTQIA+ sentiment? Nothing new This has been a known fact for some years now. In May of last year, this reddit thread made it to the front page with 6500+ upvotes and more than a thousand comments showing how Pride 2021 maintains its colors but changes meanings regionally. In Turkey it was a celebration of Spring, in Russia it focused on “Bright Colors”, in South Korea Spring Season was the theme again. China obviously was the same case. Every region had its different interpretations, but none of them mentioned LGBTQIA+ at all. According to ILGA Europe’s annual review of LGBTI rights, Russia and Turkey are the second and fourth worst ranked countries in the continent. They’re both below 10% on the graphic, with 0% being “gross violations of human rights, discrimination”. There was an article published in April on Bloomberg highlighting that life has gotten more difficult in the last few years for people living in China. Meanwhile, South Korea shares a lot of the same issues, as we pointed out in an article written in 2020 when the whole LS-T1 situation happened. 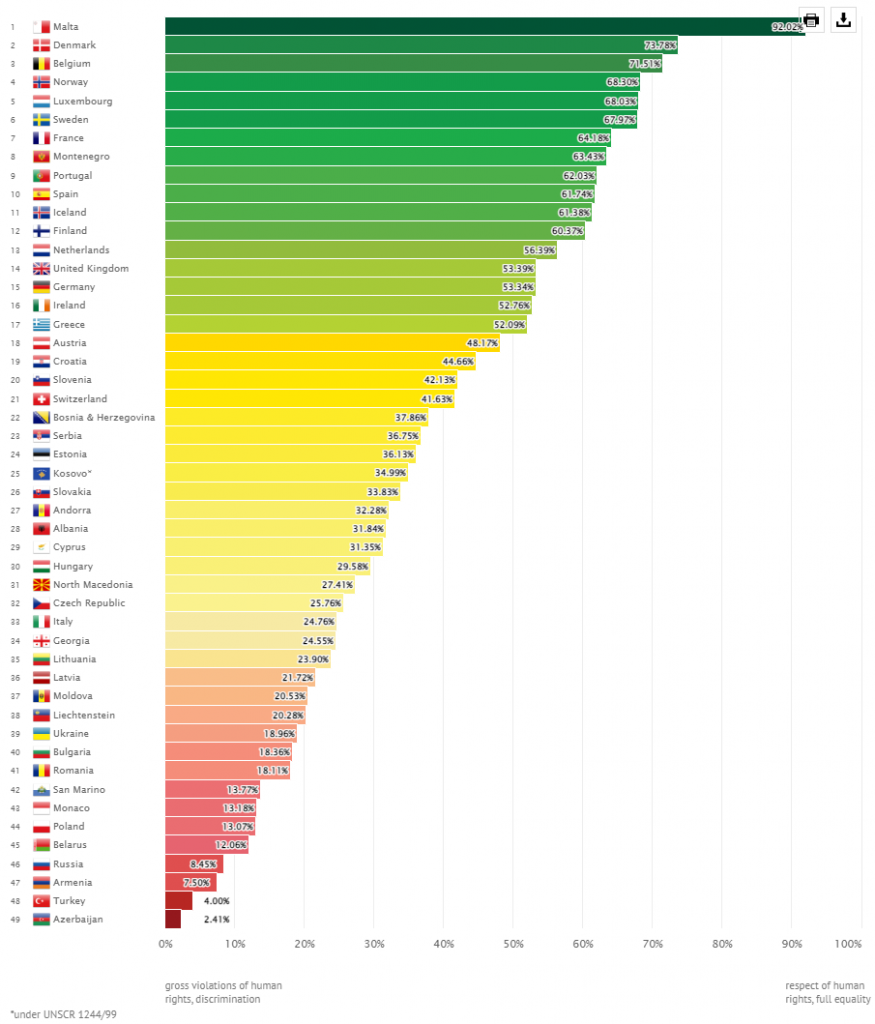 New year, same hypocrisy Nothing has changed in 2022. Riot created some interesting content surrounding the event, a new short story featuring Graves and Twisted Fate, Rainbow icons with poros, rainbow trails when leaving the fountain, new emotes and even some new things to Legends of Runeterra, Wild Rift and Teamfight Tactics. There are quests for players to do and the event pops up as soon as you open the client. Yet, just like last year, the Pride side of things becomes just a meaningless rainbow when the event arrives in Turkey, Russia, China and South Korea.  For reference, this is what the Pride 2022 page looks like in Europe (and, I’m guessing, everywhere that’s not the aforementioned regions). “Join us in celebrating Pride with our LGBTQIA+ community” is front and center of the article. They explain how the symbolism represents the community and describe Riot Games as allies to the cause.  Let’s take a look at the South Korean page then. It translates to “Iridescent Event”. This might be a mere mistranslation from Google, but the article is much smaller and doesn’t mention LGBTQIA+ anywhere. There is a vague sentence about “diversity” and an “event against all hatred”. They evolved slightly from the “Spring Event” symbolism, but the taboo subject is entirely avoided.  Here’s the Turkish page, which made a return to the aforementioned “Colors of Spring'' approach. It’s important to reiterate that I am using Google to translate these pages, but once again LGBTQIA+ mentions have been completely erased. It looks even more blatant here because the entire article was copy-pasted while changing or removing the LGBTQIA+ parts. Here are two examples:

English Page Original This is the second paragraph on both pages. As you can see, it is translated almost word for word. Now let’s look at the first paragraph:

English Page Original When the LGBTQIA+ matters are a focus on the original English page, the translation changes drastically. Seems like Riot Games are only prideful allies when addressing specific regions. Where changes must urgently be made, Pride Month becomes a celebration of “colors of spring”.  A dishonoring of Stonewall The approach corporations as whole take to Pride Month are a complete dishonoring of what the Stonewall Riots represent. Twitter logos become rainbow-themed (if they’re in the right regions), some events are done but no real change is made. No true desire to create some impact is shown at all.  RIOT Games describe themselves as “allies'' to the LGBTQIA+ cause, but when their actions might impact their money, as they would if they released the Pride Event to regions which are notoriously anti-LGBTQIA+, their true allegiance is shown. Nothing matters more than money to these corporations, and, as CS:GO’s ESL showed earlier this year, RIOT are the norm, not the exception.  June should be a month where we proudly celebrate how much the world has evolved since 1969, but the sour aftertaste of hypocrisy makes it hard to find meaning in the empty rainbow-colored messages that these corporations spread. If you enjoyed this piece, follow the author on Twitter at @Kaaaosh. Images Courtesy of Riot Games. For more League of Legends content, visit our League of Legends hub.