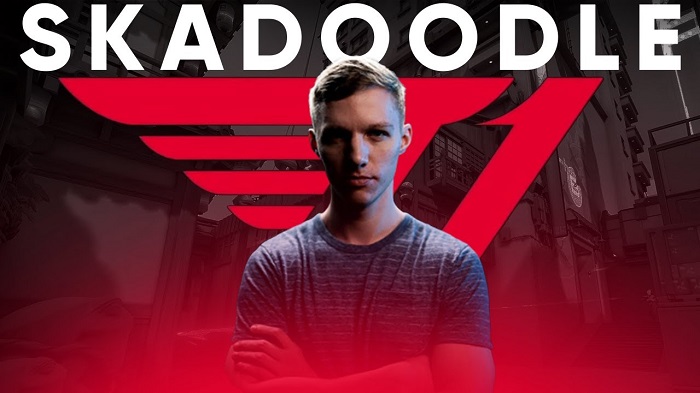 Skadoodle on his role in the team, T1’s strategy moving forward and more

Aashir Ahmed 2021-04-09 05:54:46
Tyler "Skadoodle" Latham sat down with Esports Heaven for a chat where he talked about T1's minor drop in performance, his role in the team after transitioning from CSGO,  the excitement to go back to LAN tournaments, as well as T1's strategy moving into the second leg of Valorant Champions Tour. Thank you for taking the time to give us an interview, Skadoodle. To start off, why don’t you explain how you’ve felt about your individual play this year. What do you think you are doing well and would you improve on specifically? In the beginning of Valorant I pushed myself upon a new role rather than my usual AWP role from CS:GO. I’m straying away from OPing and putting myself into a more support role where I can utilize my abilities and set my team up for success. I’m enjoying the challenge so far but I am always willing to go back If I need to.  T1 had strong showings throughout the early beta, but has not looked as strong since then. What would you say happened? How do you plan on returning to your dominant form?  T1 has been through multiple roster changes and agent swaps, it’s very taxing to swap out agents and constantly change roles and also expect good results. Valorant demands good teamwork and chemistry to be successful and we are focusing on what we have now and practicing as much as we can moving forward. What will T1’s strategy be going into the second leg of the Champions Tour, especially since the fight for getting into Masters will be more intense? Can the fans expect more changes? The ultimate strategy is to minimize our mistakes and focus on our gameplay. We don’t get a lot of rounds to work within Valorant and losing pistol and bonus rounds can be very tough on a team. Our goal is to start off strong and be fast to adapt to any comp.  The Stage 2 Masters will be held in Iceland. Are you excited about returning to a physical venue? What would you say the key differences between online and offline play are, and how is T1 preparing for this change? The players on our team are heavily experienced when it comes to playing on LAN and we look forward to the day when we can all play together at events. Unfortunately I cannot give my teammates fist bumps when they make good plays online. Playing on LAN is always a great time, you can feel the energy coming off your teammates and their passion to win shows.  Your team is very interesting in that it not only has players of multiple nationalities, but veterans of multiple games. You played CS:GO, for example, while your teammate Spyder played Overwatch. What differences in playstyle have you noticed in former Overwatch players compared to former Counter Strike players? Spyder has fantastic raw aim and overall fragging ability. 5vs5 is a bit newer for him and he has a lot to learn but he is picking it up fast and he couldn’t have asked for better teammates to learn from. It’s a tough spot to be in but we are happy about his overall performance and he continues to improve daily.  Since you have been in the competitive scene since its infancy, what are your thoughts on its current state as well as its overall growth from the past year? Furthermore, what do you think the future holds for both T1 as a team, and for the Valorant competitive scene as a whole?  I believe Valorant is heading in the right direction and holds a bright future for FPS gamers and younger generations. It’s very fun to play and super competitive from the start. We as players hope to bring success for T1 and to bring home a championship.  Thank you so much for taking the time to talk with us. Do you have anything to say to the T1 fans of the world? We appreciate the support from our fans and we are practicing hard to deliver the results you deserve. Thank you!  Kindly support us by following Esports Heaven on Twitter and keep tabs on our website for more interesting content. Image courtesy of T1