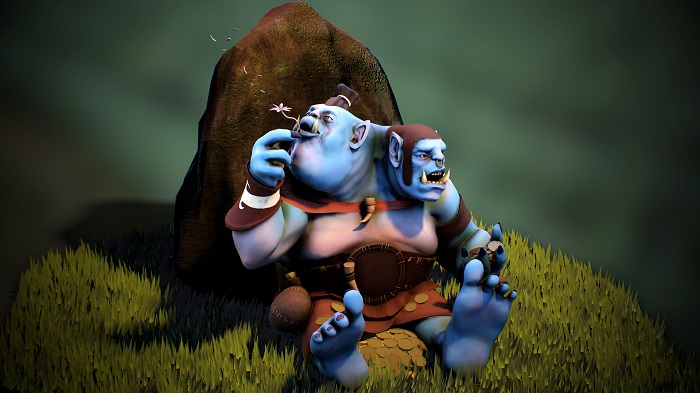 Streamers vs. Tournament Organizers — The future of esports

DreXxiN 2020-11-09 06:05:16
Streamers vs Tournament Organizers: the Future of Dota & Esports The recently held DotaPit was the first tournament that ran after Valve’s new official statement on streaming rights. Valve’s Statement for those who missed it: “Starting September 15, the Dota license we will be updated to reflect the following: Organizers that run Dota 2 Tournaments will have to provide community streamers with a reasonable and simple to execute set of non-monetary requirements, such as displaying the organizers' sponsors on their streams or having a slight delay on the games. Community streamers will be able to use the DotaTV feed in their broadcast as long as they agree to those requirements.” Essentially, there were two ways this was going to play out: DotaPit chose option two (successfully) and unless Valve steps in once again to restrain TOs, they might set an industry trend. Yet, I think this is the wrong choice for TOs and in the current environment, they might be swimming against the current.

What is the fight about?

So far Valve’s philosophy has been that the video content that the TO produces are their property, but the games themselves in Dota TV are the property of Valve, and community figures could stream them if they wish. This laissez-faire environment is the reason some of Dota’s current best commentator talent (e.g. OD Pixel) were able to rise to prominence. The problem is that under these conditions, small casters/streamers aren’t the only ones who can cast the games. Streaming giants like Bulldog and Gorgc have some of their most popular broadcasts commentating tournaments. For example, during an ESL One EU qualifier, Gorgc was able to break 50k concurrent viewers, while ESL’s official stream had about 30k. This is a huge problem for tournament organizers because they are investing a lot of money to organize the events. Their main way to get their money back (and ideally make a profit) are sponsors. The sponsors pay for exposure (and clicks and conversions), and if the TOs get worse numbers than predicted (because the viewers are flocking to the streamers), then they will not be able to get good sponsorship deals for their next event. So, what’s on the line? For big streamers – content + additional income. For new casters – a chance to be seen and to build an audience. For TOs – survival. In that context, Valve’s new rules seem like an attempt to preserve the best aspects of the current environment and at the same time to rescue the TOs by allowing them to request the streamers to advertise the tournament’s sponsors. Yet, DotaPit saw an opportunity to block restreaming altogether. I suspect that either Valve will intervene to make this impossible, or TOs who try to work with streamers rather than against them will outcompete TOs who do the opposite.

“Streamers and influencers have short-circuited esports. With esports as a whole, a significant portion of revenue is sponsorships, but influencers looked at that and said “let’s make a better sponsorship package”.” – Sabina Hemmi, founder of DotaBuff.com In other words, streamers give more value for money to sponsors. It’s a question of simple math. Exposure: sponsoring two streamers averaging 10k viewers or a tournament averaging 20k viewers would give you the same exposure. Yet, the first option is likely to be much cheaper because the costs of making the product (stream) for the TOs are orders of magnitude higher than the costs of the streamers. Conversion: (I don’t have numbers, this is speculation, but I’d be surprised if I’m wrong) Most viewers simply ignore the tournament sponsors. The ads are the nuisance you have to tolerate to see the games. For streamers, this is not necessarily the case. Since the streamer-audience relationship is much more intimate, I suspect viewers are more likely to be engaged with the sponsor because they are supporting a person they care about, rather than a faceless corporate entity (the TO). So, survival is very hard for TOs even if streamers aren’t allowed to “steal” their content. I suspect, however, that there is a big opportunity in a symbiotic relationship:

If you can’t beat them, join them

My speculation is that we are in a situation in which the whole is greater than its parts, yet the parts are fighting against each other. I suspect the overall viewership of a tournament would be higher if it is broadcasted in a symbiotic relationship with the more prominent streamers compared to being broadcasted exclusively by the TO. My prediction is that the winning business models would be: I suspect traditional tournaments that fight against the streamers would simply get out-competed in this environment unless Valve joins in on their side, which seems unlikely. Author: Kyril “MrNiceGuy” Kotashev