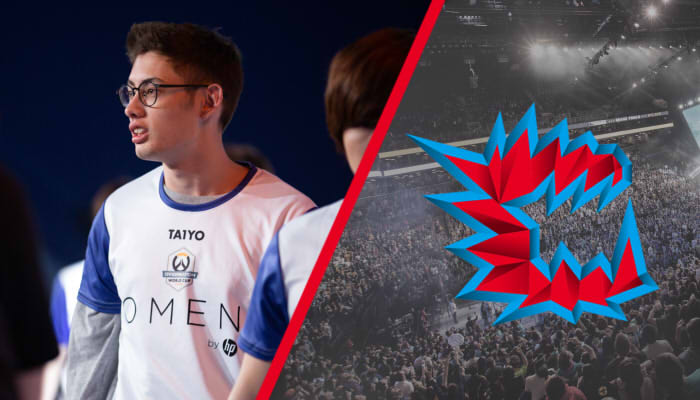 Ta1yo on sustainability: “I just love the game from the bottom of my heart […] Even if I go homeless, I probably will somehow find a way to compete in Overwatch!”

Volamel 2018-08-22 02:30:01
The Overwatch World Cup festivities have already begun to kick-off and the Incheon event was amazing. With that in mind, many Overwatch Contenders regions still have their grand final to look forward to. At times we get so caught up in the more popular regions of Overwatch Contenders and the Overwatch League that we forget that other contenders are pursuing their path to pro as well. Japanese player and Overwatch World Cup representative Sean Taiyo "ta1yo" Henderson gave some insight to Esports Heaven on his balance of esports and academics, the current sustainability of chasing the Overwatch League dream, and Japan’s Overwatch World Cup performance at the Incheon Qualifiers. I heard a story about you and wanted a little more context. When you were starting out in Overwatch on your team Unestablished Juniors, is it true that you played with a majority of them in Team Fortress 2 and they didn’t like you very much? This seems like a fairly interesting way to enter Overwatch, could you explain how that worked out? I was really young, 13 to be exact, so naturally I had a tendency to want to be noticed by the big names in the region. That kind of backfired and made me an infamous player for my toxic behaviour. However after moving on to Overwatch, those big name players recognize my skills and let me play on their team, UE.Jr. Balancing your studies with your passion for esports seems like it has been a constant thorn in your side. If there was more money involved in Japan and the Pacific region as a whole, is there a world where you’d become a full-time progamer and possibly miss your first year of university? Of course, I would love to go full time and grind Overwatch out to my heart's content. However, it is preferable for me to finish at least high school; that is my parents' requirement for me to continue pursuing a career in Overwatch. Although If I get into university, I plan on taking the first year off. Money is also a huge issue; it is pretty much impossible to live a sustainable life. On the bright side, we do have a gaming house, so accomodation wouldn't be a problem

“At first, I was all about winning, but recently I’ve had a big philosophical change within myself and now I value improvement over winning. With this mindset shift, my thoughts on region locking have changed 180° and I actively support Korean teams joining Pacific Contenders.”

You mentioned in an interview that Taimou was a player that you looked up to. Last year you were surprised that some of those players that you looked up to weren’t that far out of reach. What were your thoughts after Japan’s matches against Finland and South Korea this year in Incheon? Did that same feeling ring true? Did those same players feel within reach? Honestly, this year's team was all over the place and just a real mess internally. We were a premade team, but with our huge slump that we had and for many of us, first time big LAN experience, [it caused] a huge wave stress within the team. This made it so I had to flex onto roles that I was not familiar with. I feel as if I was not able to play at my maximum potential, so I really don't know how I scale individually with the Overwatch League players. We had many internal troubles, causing roles swaps and mental breakdowns. I can not speak for my teammates, but I feel that our games against Finland and Korea were just plain embarrassing; we were not able to play anywhere near our potential. Some of 2018’s Overwatch keywords have to be around players’ “mental health” and “burnout”. With this being your second Overwatch World Cup appearance and your amazing success in Japan, do you find it hard to cope with the increasing spotlight on you? Surprisingly, I have coped with stage fright and anxiety. I didn’t feel as nervous as last year's World Cup and that was one of the many things I have improved on this year. I cannot say that my teammates were the same, however. Many of them have not played on such a big stage which probably causes a lot of mental stress for them, but if you look at it from a different angle, this group stage has probably been a good experience for developing mental strength, especially when on stage. Obviously, Japan finished the Incheon qualifiers at 4th place. What would you say is the biggest takeaway for the team as a whole? Was there an overarching theme that you guys struggled with? We always had the goal to finish 2nd. We all knew if we played like we did before our slump, it would be highly possible that we could push through, but I guess that’s how slumps work; no matter how hard you try sometimes you just can't quite get back to form. For the team, synergy was a huge problem. People not used to the LAN environment just couldn’t play like usual, and people who had a more quiet voice couldn’t be heard with the loudspeakers on stage. 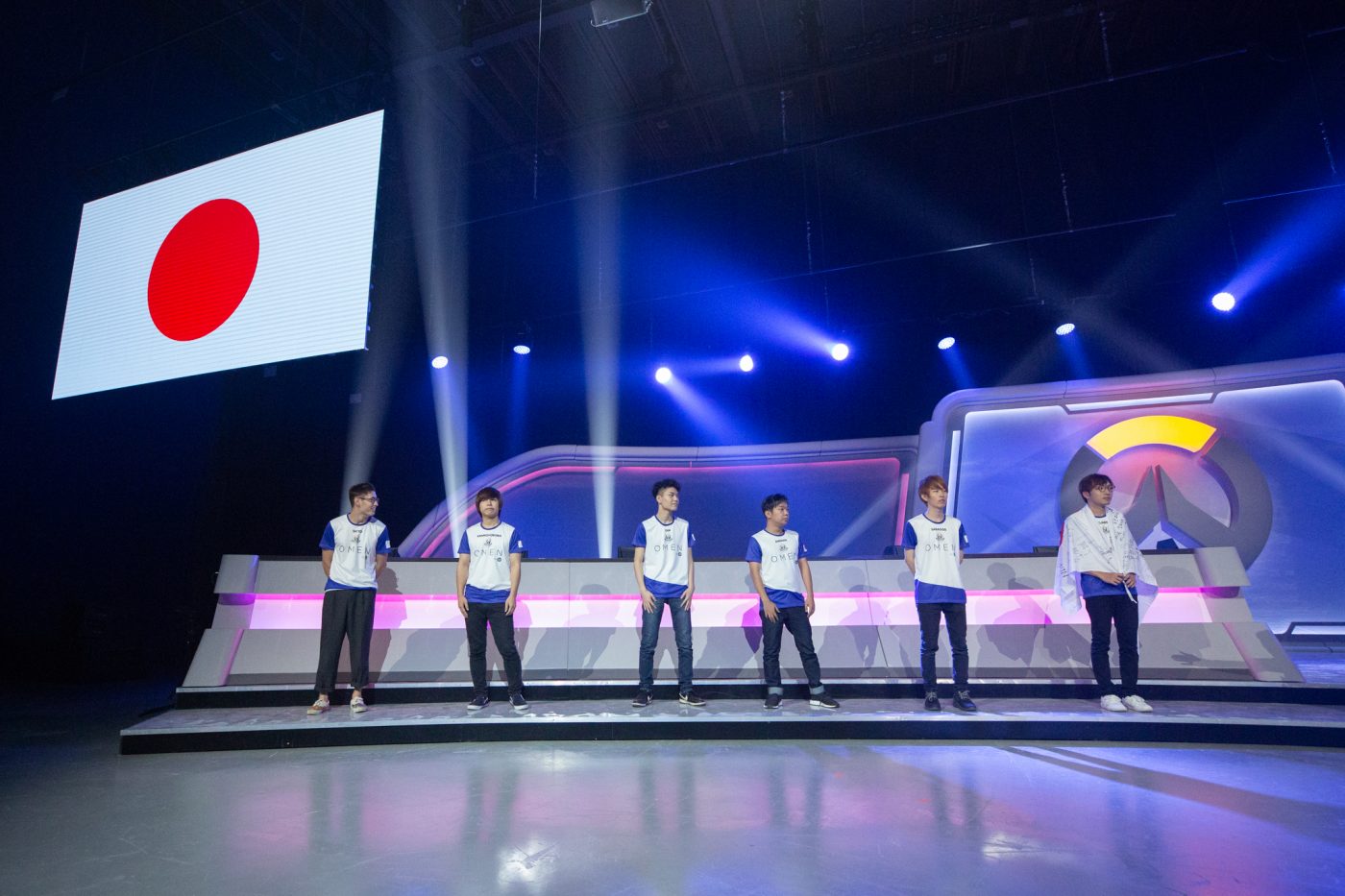 Region locking has been a big talking point in the amateur division since the start of Overwatch Contenders Season 2. I’ll leave this one open-ended for you: what are your thoughts about region locking in Contenders? At first, I was all about winning, but recently I’ve had a big philosophical change within myself and now I value improvement over winning. With this mindset shift, my thoughts on region locking have changed 180° and I actively support Korean teams joining Pacific Contenders. More strong teams means more competition which in turn requires us to improve. But that is just my selfish take on region locking, and I fully understand why some people do not support it. With the influx of South Korean players in the Pacific region, maybe people draw the conclusion that the region, by the nature of competition, will improve with stronger contenders. Would you say that has been the case? Have you noticed an improvement among the teams in the Pacific region? Obviously the region overall has grown much stronger. If you look back a year ago, many Japanese teams would get stomped by other SEA teams that could not even compete with tier two Korean teams. Now that those tier two Korean teams have joined the [Pacific region], the region was bound to improve. I would say our team is concrete proof that teams do in fact improve according to their environment. Speaking of Overwatch Contenders, you’ve now got a grand final to prepare for. Going undefeated and only dropping two maps in the group stage is no joke, are you and CYCLOPS’ athlete gaming coming into the finals against Talon Esports confident? All I can say for now is that we need to get out of this slump. If we are able to jump back on track and play with the confidence we once had, I don’t think winning the event would be a far fetched dream. With the state of the global ecosystem in Overwatch Contenders and the Pacific region, things are looking bleak for players. So, I’ve got to ask, have you given yourself a time limit in Overwatch as a competitor? If so, how long do you think you have left before Overwatch just isn’t sustainable for you anymore? Hmmmm, I have never thought about that. I just love the game from the bottom of my heart and I just want to improve and be the best I can be. Even if I go homeless, I probably will somehow find a way to compete back in Overwatch! My goal has always been to be the best, so until I achieve that goal, I do not think I will step away from Overwatch. When I do, it probably means I’ve found something that captured my heart even more than Overwatch. Joseph “Volamel” Franco has followed esports since the MLGs of 2006. He started out primarily following Starcraft 2, Halo 3, and Super Smash Bros. Melee. He has transitioned from viewer to journalist and writes freelance primarily about Overwatch and League of Legends. If you would like to know more or follow his thoughts on esports you can follow him at @Volamel. Images courtesy of Blizzard Entertainment.