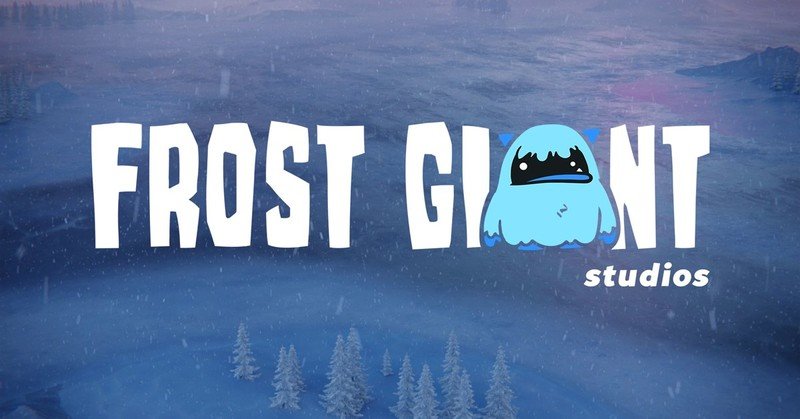 The Future of RTS: An Interview With Frost Giant Studios

Oddball 2020-11-01 02:21:29
The esports game market is in a great spot right now. Multiple game servers have large audiences that allow those with the competitive spirit to strive to be the best - and be in a good economic position to do so. One of the genres that’s unfortunately fallen in the west is the RTS. As MOBAs and shooter games continue to dominate, many esports followers seek out a successor to the RTS. Enter Frost Giant Studio.
A studio comprised of many ex-Blizzard employees, the new company seeks to make the next great RTS game. With people who worked on StarCraft II, as well as $4.7m in funding, prospects look promising. Esports Heaven got the chance to ask a few questions to Frost Giant representative, Tim Morten.
What sort of art direction do you see your game taking? One of the main criticisms towards SC2 was that its flashy art style was too overwhelming in comparison to BW and WC3. Will Frost Giant try a simpler approach?

That’s actually the first time I’ve heard that criticism, but I’m conscious that each of Blizzard’s games had a certain following who strongly preferred one art style over the others.  We’re setting out to draw inspiration from all three of the most recent Blizzard RTS games, while at the same time aspiring to create something distinct and new.  We’re still in the process of talking through art style, but appealing to a broad audience is important to us and this is feedback that we will consider.

South Korea is the #4 largest game market in the world, and has a rich history in support of RTS games. Some games have not been able to resonate with this audience, however. What do you think your game will do in accomplishing otherwise?

What causes a game to resonate culturally in a specific region is so intangible.  To the best of my knowledge, there was no intentionality behind Warcraft III’s tremendous popularity in China or Broodwar’s tremendous popularity in Korea - there was just something about those games that struck a chord with the players in those countries.  We’re making an effort to  look at the genres and visual styles that resonate with particular regions, but to a great extent we have to hope that our own sensibilities will naturally align with those of our audience.  Even games which are developed endemically within a region don’t always strike the right chord, so I suspect it isn’t possible to reduce cultural resonance to a simple formula.

Indie game development usually takes a more cooperative approach with gamers compared to triple A studios. Do you see yourself taking more of the indie game approach?

I worked hard to increase community engagement around StarCraft: getting the dev team to prioritize community feedback, providing transparency on balance thinking through updates, and implementing annual summits in Irvine for key community members.  The Frost Giant team is even more community-driven.  We decided to engage with players from the outset, to make sure we’re considering what’s most important to them.  It helps that a number of our team members come directly from the community: Austin Hudelson, who started in game development making mods; Ryan Schutter, who created the Gameheart UI for esports; Kevin Dong, who previously worked for Team Liquid; and Cara LaForge, who worked at Day[9]TV.

Bouncing off community interaction, is there any balancing philosophy the team is aligned with? I’d guess the ideal is some kind of medium between the “happy accident” of SC1 and what many considered the overly patched SC2.  How much will balance discussions from the community influence these decisions? How long will things be allowed to simmer before the team thinks they need to intervene with patches and whatnot?

Player expectations evolve over time.  The venerable audience of Brood War prefers static balance (though there’s a growing community within Brood War advocating for balance patches).  The majority of the StarCraft II community advocates for frequent balance patches.  At Frost Giant, we’ll do whatever is necessary to make sure the game is fair and fun, while remaining open to community feedback.

In addition to how much the game is patched, there is also the question of HOW it is patched. Another major difference between BW and SC2 was their approach to balancing. BW balanced the game more through map design, while SC2 through changing game mechanics. Which approach do you see yourself taking?
I wasn’t at Blizzard during the Brood War era, but have heard that the reason Brood War was balanced through maps was out of necessity - that since balance updates were not being provided by the team, the community had to use map design to make competitive matches fair.  This suggests an accidental rather than intentional path to balance.  At Frost Giant, we would like to be intentional about both our map design and our unit design to maximize balance. Many people are excited that your game could help revive the RTS genre. The main game currently leading that charge has been Age of Empires II: Definitive Edition. How much of an influence do you see your game taking inspiration from non-Blizzard titles? Our team has enjoyed playing many other RTS series such as Age of Empires, Command & Conquer, Total Annihilation, Company of Heroes, Total War, etc.  We also love independent titles like They Are Billions, Northgard, and Frostpunk.  There’s no question that there are good design implementations in all of these - that said, our primary inspiration for what we build will be Blizzard RTS games.
The big question for today’s game market regarding RTS is the barrier of entry. What plans do you have to make your game as accessible as possible?
We’ve spent a lot of time deconstructing what we believe to be the specific aspects of RTS that deter new players.  For each of these aspects, we then developed a list of ideas for how to mitigate, without undermining the high-skill ceiling that we believe is critical to the identity of real-time strategy.  I think it’s fair to say that already the way StarCraft II is played from Bronze to Gold is radically different from the way the game is played at the highest tiers -- you can almost think of those as two different games.  We are focusing on how to make that first game, the Bronze to Gold game, more straightforward, while consciously avoiding taking anything away from the high level game. Where did you get the name “Frost Giant”.  Does it have anything to do with coming from Blizzard? We brainstormed a variety of names, and one of the names on that list was “Fire Giant”.  We considered that, but for some reason it didn’t feel quite right.  Then someone suggested “Frost Giant” instead, and everything seemed to click.  Was it our subconscious connection to Blizzard that influenced us?  Perhaps!
You made it clear in your interview with TL.net that part of what set StarCraft/WarCraft apart from non-Blizzard RTS is the “complete product.” That is custom/Use-Map-Setting  games, campaign, co-op, and of course, the competitive experience. I’d argue in many ways those custom/UMS scenarios are more important than all of the rest. Modern games have a habit of being more restrictive on creativity from the player’s end. How much thought has been put into a “campaign editor” of sorts?
The Frost Giant team is tremendously passionate about enabling players to build their own content.  Even now, at the very beginning of development, we’re putting thought behind how to provide the best editing experience we can.  We hope it will enable a new generation of great player content after we launch. Amount of races is always a discussion, what about a "naga" from TFT, a campaign only race that feels fresh but doesn't make multiplayer balance a nightmare? Has something like this come up as an idea to mitigate stress on the team while still giving people a broader amount of things to explore?

We’re discussing a variety of ways to differentiate player expectations when playing against AI as opposed to playing against each other.  In StarCraft II, it can be confusing to players that the balance is substantially different between campaign, co-op, and competitive.  A separate faction for campaign is one approach (eg - the Xel’naga), and there are other possibilities under discussion that could provide elegant solutions.  As with all aspects of the design, we’re interested to hear from players.

In SC1, what became wildly popular was actually an in-between of the “melee” and “custom” game formats, which were money maps, such as BGH (Big Game Hunters) and Fastest. Is this sort of “side” competition on the radar for you guys yet, or is that something you’d rather leave to the community?

At our current early stage of development, we have to focus on the core modes, but BGH in particular is something that comes up frequently as a topic.

You’ve mentioned recently that you’re still collecting ideas before tackling the implementation of heroes vs. no heroes. One thing brought up is how heroes a la WC3 require a slow pace for the hero to feel “impactful” and also for the player to get that sense of progression with it, such as creeping, managing inventory, etc. Do you feel like heroes inherently slow down the tempo of an RTS? Is it possible for there to be heroes with, say, SC2’s pace?

StarCraft II’s co-op commanders were not designed for competitive play, but I think it’s fair to say that the game pacing while using them does feel faster than Warcraft III.  One obvious experiment would be to explore how to balance that style of hero for competitive play.

Thank you so much for taking the time out to answer these questions. Are there any last words you'd like to leave with?

The Frost Giant team is tremendously grateful for the support of its community.  We have a long development process ahead of us, so please be patient!  As we start to make design decisions, each decision will unavoidably polarize some portion of the community.  We’re going to make an effort to be transparent throughout our thought process so that hopefully everyone can at least understand how we arrived at the decisions we made.  Ultimately, we want to make as many players happy as we possibly can.