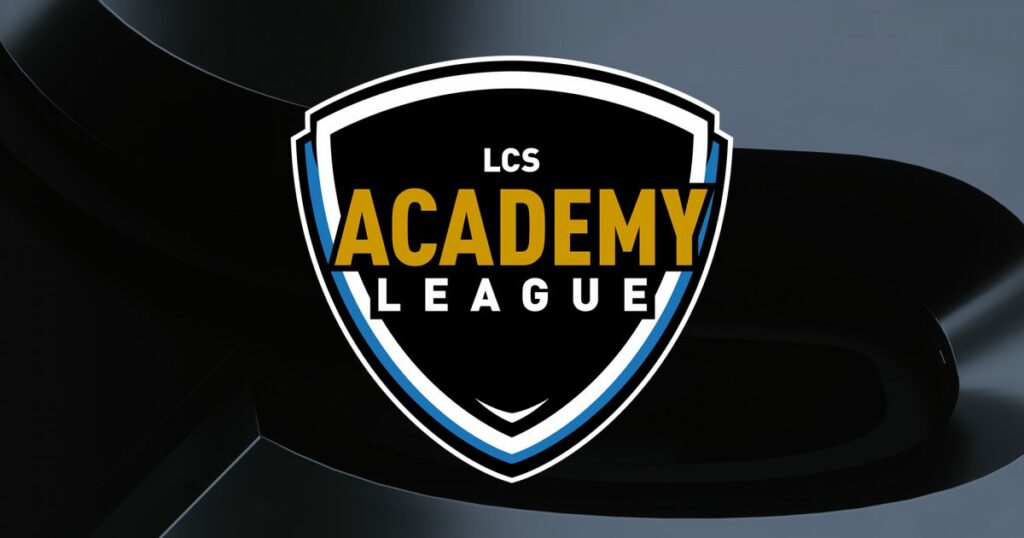 The NA Academy System Could Learn From the NBA

Izento 2020-11-02 04:58:36
There are several things wrong with North American producing talent. From lack of a large server population, coaching and structural competency, streamer culture dictating playstyle and practicing habits, to even technical aspects such as terrible ping, even for players located in Los Angeles, considered the hub of western esports. With a game focused around esports as its current main attraction, it’s unfortunate to get 65 ping living mere miles from the LCS, but that is a digression. All of these problems are large, but the main focus for this discussion will be centered around getting more young talent into the LCS and Academy system, but also, the functions of what an Academy system is supposed to provide.

There isn’t any profound new wisdom in proclaiming that Academy has been sorely underutilized within NA. It’s as if the teams treat Academy as a substitute roster rather than an environment to improve, not only for improving rookies, but veterans as well. One only has to point towards glaring problems like Dignitas Academy of 2020, fielding five veteran players, with the clear intention that if the main LCS roster failed, there would be a backup plan. With abhorrent structures like these, it both says to the public that not only is NA not interested in building talent, but we also don’t believe in our general manager and his first pick of players for the main roster. You can always tell that coaches and GMs alike eschew that what they’re doing isn’t so much a backup plan, but that they’re creating a 10-man roster; the reality is, they don’t know even know how to build a 5-man roster, and that trickles down into the Academy system. The current crop of teams are not the only ones guilty, because this has been a systemic problem even before franchising began in the LCS. 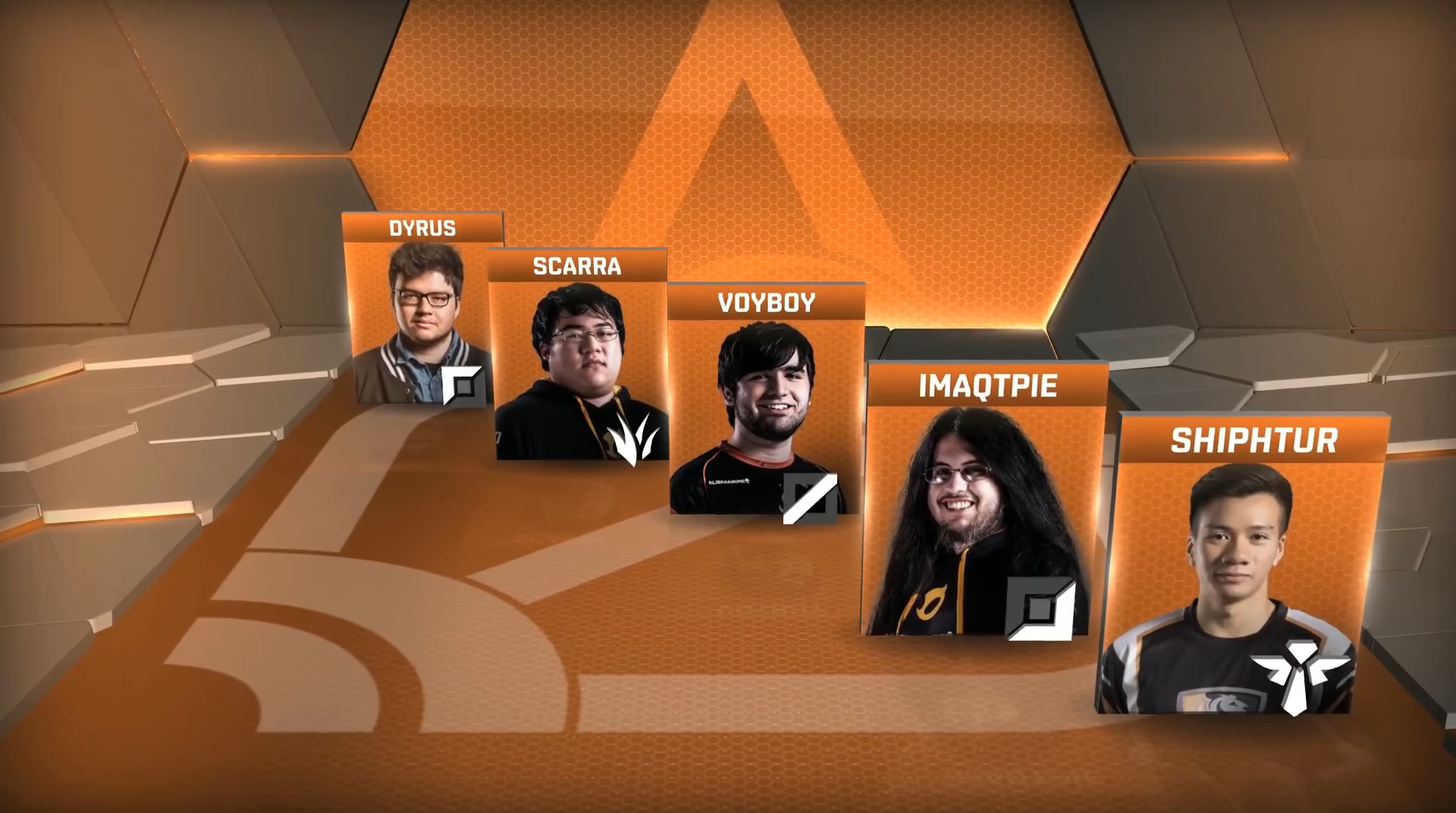 The 2017 Delta Fox team has to be the biggest slap in the face to rookie players. A team full of streamers, aptly nicknamed the “Meme Stream Dream Team” by the community, is a shining example of NA’s past (and current) view that our rookie league is a joke, and turning it into a marketing stunt is worth more than building talent, but all is well if it helped them get one step closer into a franchise slot, right? This is the mindset NA is coming from, and because of that, NA is still in step one in building a proper development league. In situations such as these, NA might learn more through adopting traditional sports techniques to help them get started, that way they can begin solving the problems rather than being overwhelmed by both the magnitude and numeration of said problems. The NBA uses college basketball to be their farming systems which helps develop rookie talent, which can then be promoted to the NBA. Although there is much chagrin about the corruption of the National Collegiate Athletic Association (NCAA), the premise is sound and innocuous enough in that, it is very rare that a player is prepared to be directly drafted from high school, and in fact, there is a rule preventing kids being drafted straight into the NBA after graduating from high school. The NBA has a rule colloquially called the “one-and-done-rule”, created in 2006. Essentially, it prevents kids just graduating high school from directly entering the NBA, forcing them to wait at least one year after graduation. Aside from the obvious partnership of the NBA and colleges around America to edge future players towards college, most players worthy of the NBA draft would already have a college sponsorship for a fully paid path for their academics. In some ways, the Scouting Grounds program mimics a scholarship program to join a college and play in the LCS Academy, or in other words, the NCAA. Both the NCAA and Academy helps teams gather more consistent and meaningful data. Rather than relying on solo queue rankings or hearsay from their main starters on the LCS roster, LCS teams can better grasp an understanding of a player’s skill through Academy and the competition it brings. Academy gives better data to determine if a player is good or not, while also allowing him to hone his skills. With the structure this lower league gives, it also pits similarly strengthened players to see which ones will rise above. The main problem cited about the “one-and-done-rule” has been concern for players being forced to wait a year before being eligible for the NBA draft, joining a collegiate team and suffering an injury, but if we’re talking about nerds sitting down playing a video game, the risk is nigh non-existent. The main reason that the NBA wants kids to play basketball in college is to face tougher opponents as well as be in a more mature team environment. This is how LCS teams must look at their Academy system, not necessarily forcing players to play an entire year, but rather consider that allowing your players to mature in a lower league will only benefit your organization. 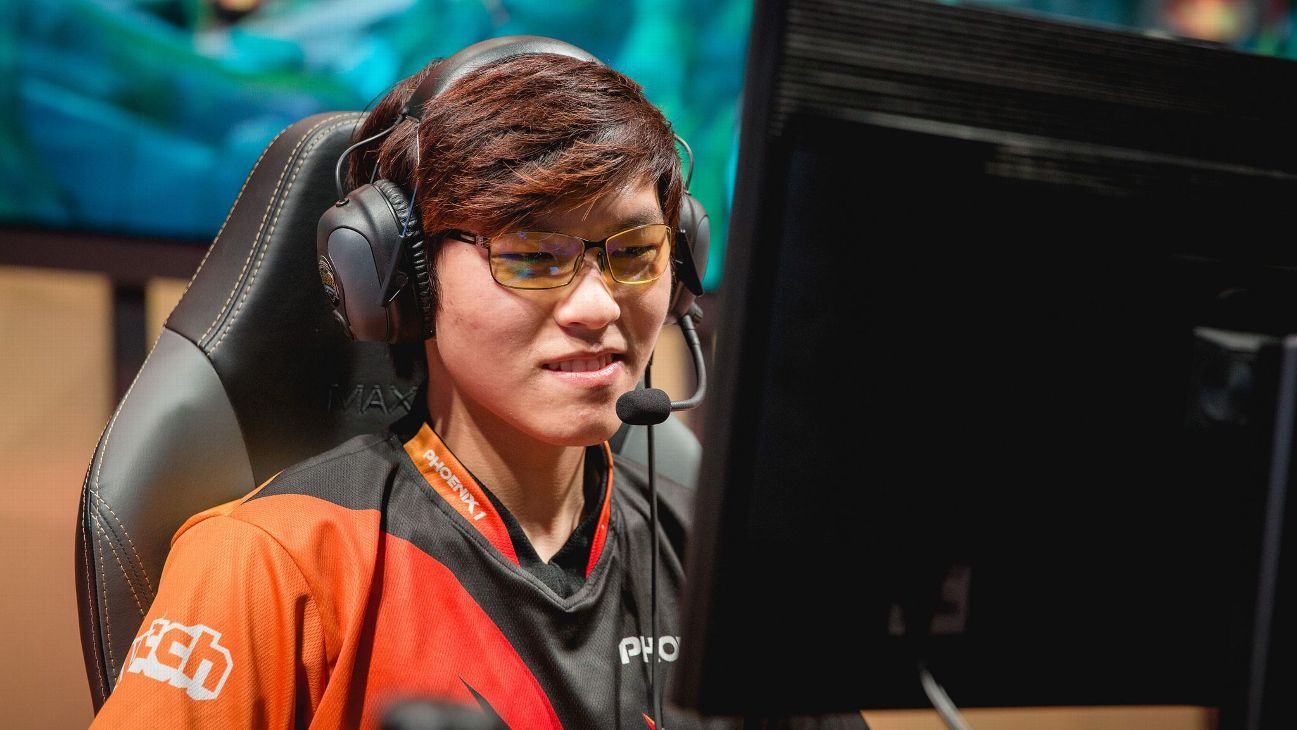 While I don’t want to go fully down the thought experiment that “we live in a society” that is being more subsumed by technology, there’s good potential for many young players not having experienced playing in a team environment like they may gain during activities like traditional sports. The growth a young player can gain through playing in an amateur team, contributing to the process of work, failure, success, and practice is a crucial experience in their development. This also helps bridge the gap between older and younger players, with a stronger period of maturation before joining the LCS. It’s far better to put a young player through the ringer, figure out if they even want to pursue a career as a professional esports player, which players like MikeYeung realized that he didn’t want to pursue a pro career after spending some time in the limelight. Academy helps weed out those who do not have the ambition or drive for being a pro. Throwing a player into the deep end might just taint the entire experience of learning how to swim. 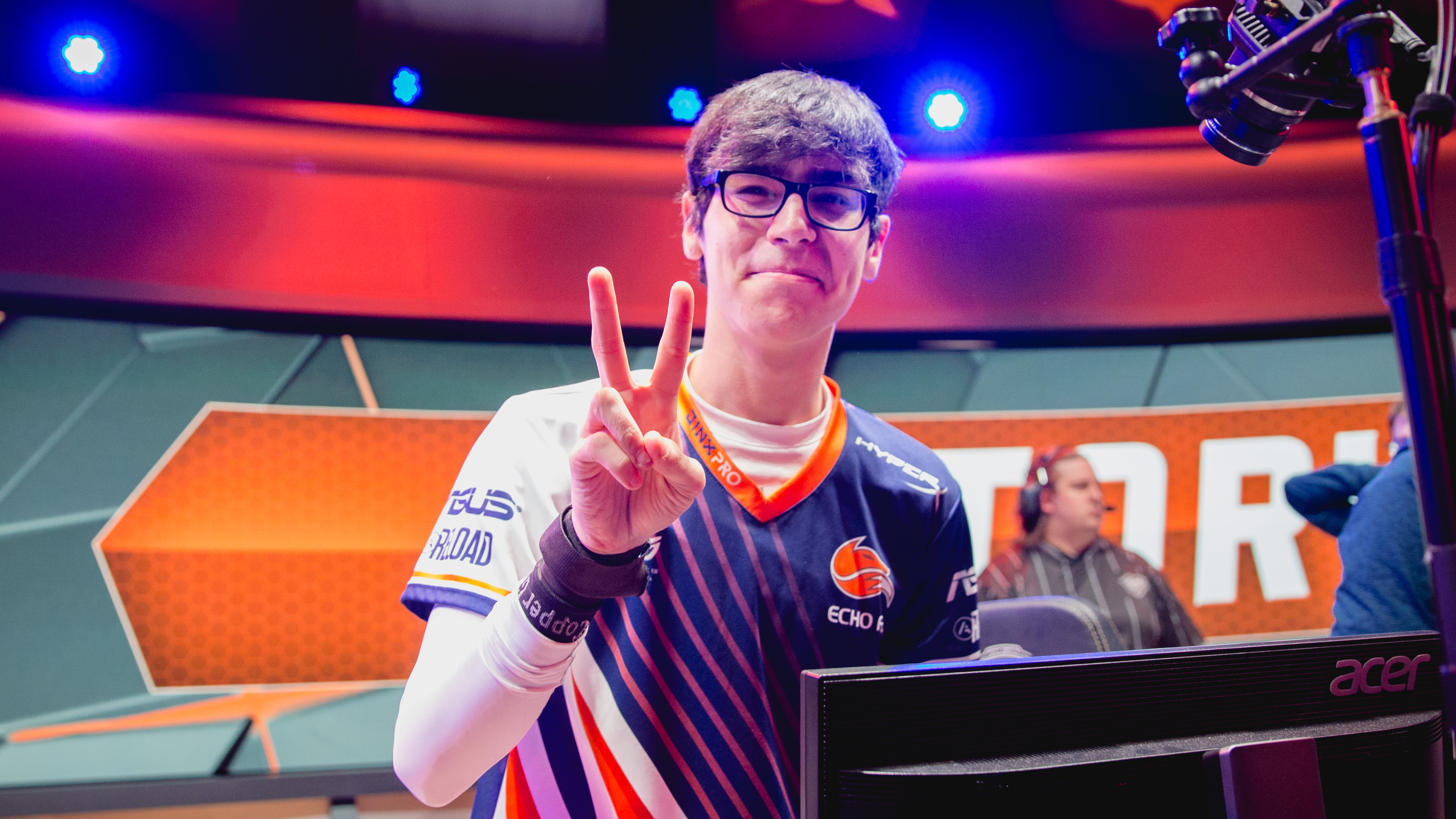 For the better, Dardoch would have sunk or swam if he had joined an Academy team first, learned how to function in a team, and thus been better prepared to enter the LCS; or he simply would have just been another forgotten name. The marquee difference between playing a pickup game of solo queue is that you have no real investment in your teammate’s overall improvement over time, and for the most part, you won’t have to deal with that other player on a continuous basis, so there is no incentive to help create an environment for mutual growth and betterment. The Academy system is the first real taste players have in creating this relationship, but just as quickly players begin to realize this, the current LCS system either puts them in too soon, or tosses them before this major flaw can be fixed. The expectancy of pulling players from Academy or solo queue, and determining they are more suitable starting over a main LCS starter prematurely has stunted the growth of several players, and even worse, players that have skipped the Academy step overall have a high chance of falling flat on their face. The large difference between the NBA and esports is the obvious factor of a constantly changing and morphous game, and while you do want to catch a player when he’s got the correct playstyle that matches the meta, it also needs to be understood that the meta will always change, and adaptation might be the single most important skill in LoL, which is why we don’t hear about MikeYeung these days. Figuring out how versatile a player can be is important, and the Academy system is the only sure way to witness this process in action. As such, NA’s sister region, EU, has been doing things much more properly with regional teams. 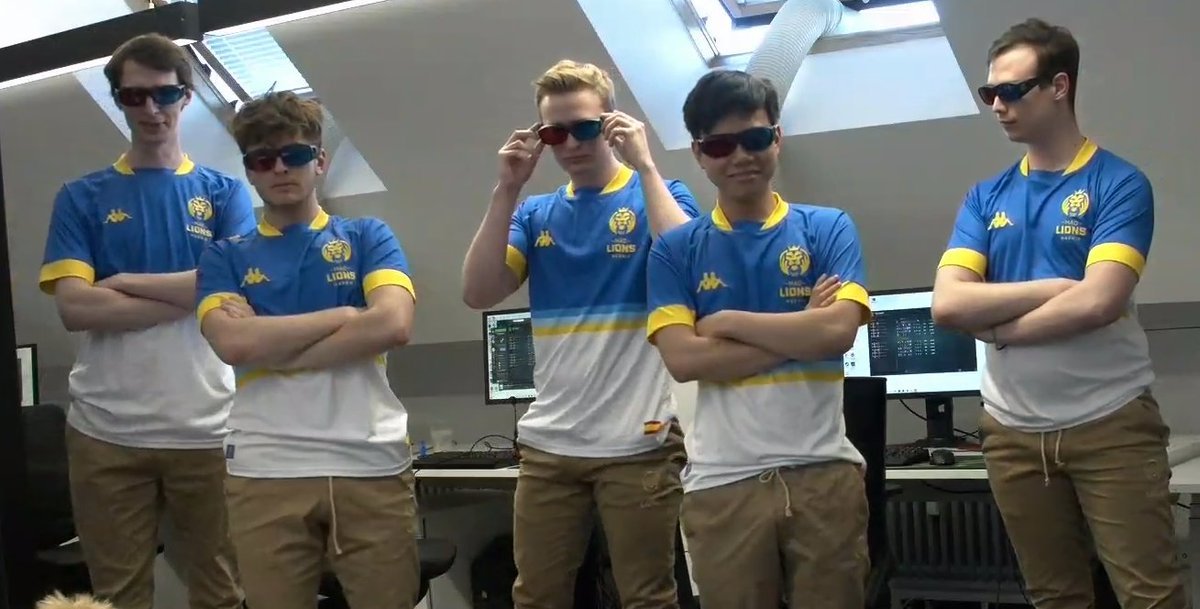 The LEC has long since been developing their talent through regional teams, allowing them to play through regional circuits to then compete in a Worlds-like tournament, combining several countries to compete in a major tournament to showcase their skills to the world. The EU regional teams act like a NCAA, helping them scout, and develop talent for the LEC, and more importantly, the LEC doesn’t frequently treat them as a substitute band-aid roster to their main lineup (shoutout to Misfits 2019 though), but instead lets them grow independently, with some guidance as and when needed. There's more excitement hearing a kid was tearing up Academy and now he's coming into the LCS, rather than some nobody coming in from solo queue because of the recommendation from a pro player, barely having had time to play in Academy, and now you're subbing him in just because your main team has gone down the drain and you don't know what to do, so you just throw in a random solution hoping it will fix itself. Letting your new players marinate and improve their skills to dominate the lower leagues means that you, as the team owner and GM, can profit both by either signing him to the LCS roster yourself, or selling him off for a higher price than you would have originally if you just plugged him in too early, ruined his value too soon and therefore screw yourself out of money. Although there are several problems with the LCS, without focus and the ability to prioritize problems, you never get solutions. Let’s start with making sure LCS Academy is used for its intended purpose, while also realizing the importance of why lower leagues exist in the first place. The maturation process takes time, and there are no shortcuts, so with that said, the sooner NA realizes this, the sooner they can get started on solving the problem. Izento has been a writer for the LoL scene since Season 7, and has been playing the game since Season 1. Follow him on Twitter at @ggIzento for more League content. Photos courtesy of Riot Games For more LoL content, check out our LoL section