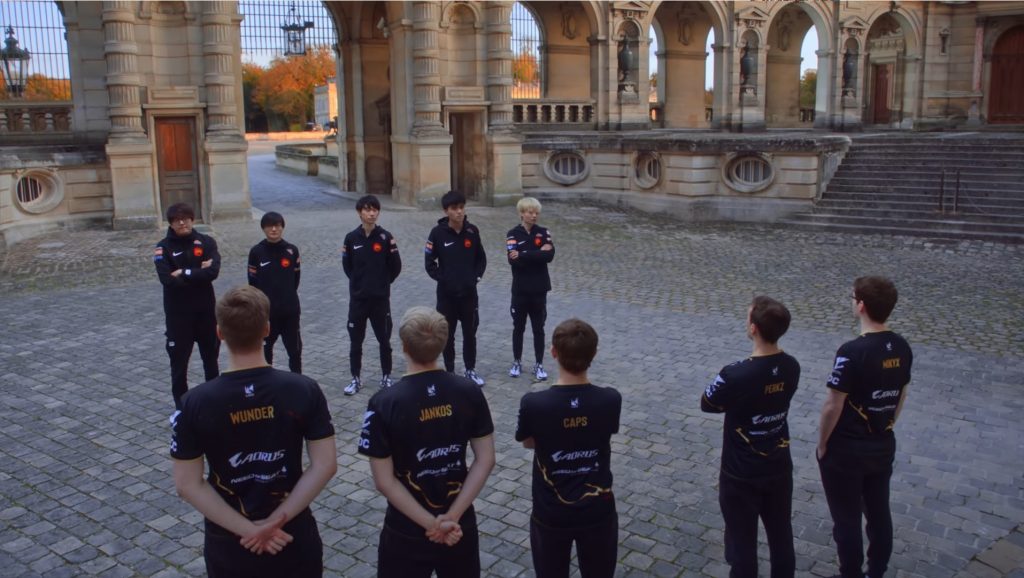 The Win Condition: FPX vs G2

Izento 2019-11-09 09:34:17
FPX and G2 are here at the Worlds final after beating both former world champions Invictus Gaming and multiple time world champions SK Telecom T1 respectively. Both teams look strong coming out of their semifinals match and yet both styles have commonality between them when it comes to comparing the strengths and weaknesses associated with each team. There is also something to be said that both teams seem flexible in the draft phase, which makes this final that much more interesting. 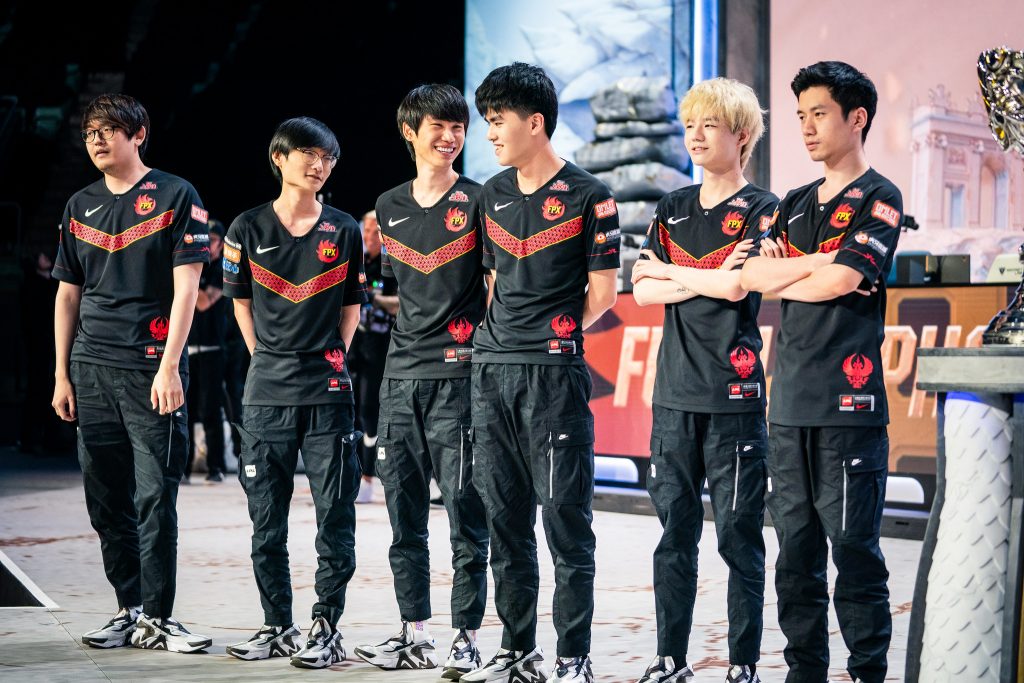 FPX are in their element when chaos is present

FPX have proven that they are willing to embrace the LPL skirmish style in their game against IG. They had one of the bloodiest games in a Worlds semifinals matchup ever, putting out an impressive 59 total kills from both teams combined in Game 2 (although FPX lost). FPX’s advantage against G2 could be that they are more willing to take skirmishes in the early/mid-game, particularly surrounding the ability of Doinb and Tian’s aggression through the jungle. The main takeaway from this is that with FPX’s willingness to fully commit to early skirmishes, and G2’s vulnerability being shown during the early games against SKT, this is FPX’s time to attack, and with better coordinated late game plans, FPX stands a good chance to take the series away. FPX’s primary win condition this game is to keep the 2v2 mid at a priority to where they can roam first to opportunities on the map. This also means being able to pick champions that gain priority and can excel at the 2v2; you can also think of picks like Qiyana, Lee Sin, Ryze, and even Rumble, that is, if Doinb is still able to pull this out against a prepared G2. Additionally, G2 look incredibly weak if they give up a lead, which then lead to SKT getting baron six times compared to G2's single baron. While G2 was very impressive playing from behind, if FPX can close out cleanly by having good lane assignments while having the baron buff, this is a ridiculous advantage for FPX to close the game out.

Qiyana is an obvious edge for FPX. Tian looks fantastic on the pick whereas Jankos hasn’t looked as comfortable on. This creates a problem for G2 where they might need to consistently ban Qiyana, which then allows FPX to have more freedom in the draft phase when it comes to junglers, targetting Jankos’ jungle pool while having the remaining Qiyana to use as a sort of “pocket pick”. Gragas is also another good option for FPX to take away or at the very least be wary of because of the double flex pick potential that is presented from G2, and if they’re able to pinch the jungle pool by selecting Gragas and then banning out the other junglers, that could leave Jankos with fewer options and having him fall back on something as atrocious as the Jarvan pick he played against SKT’s only win against G2. Xayah is also another concern for FPX, which could be a potentially good ban for them on red side, and alternatively you can bait the Xayah/Rakan lock in and then attack the jungle pool exclusively. 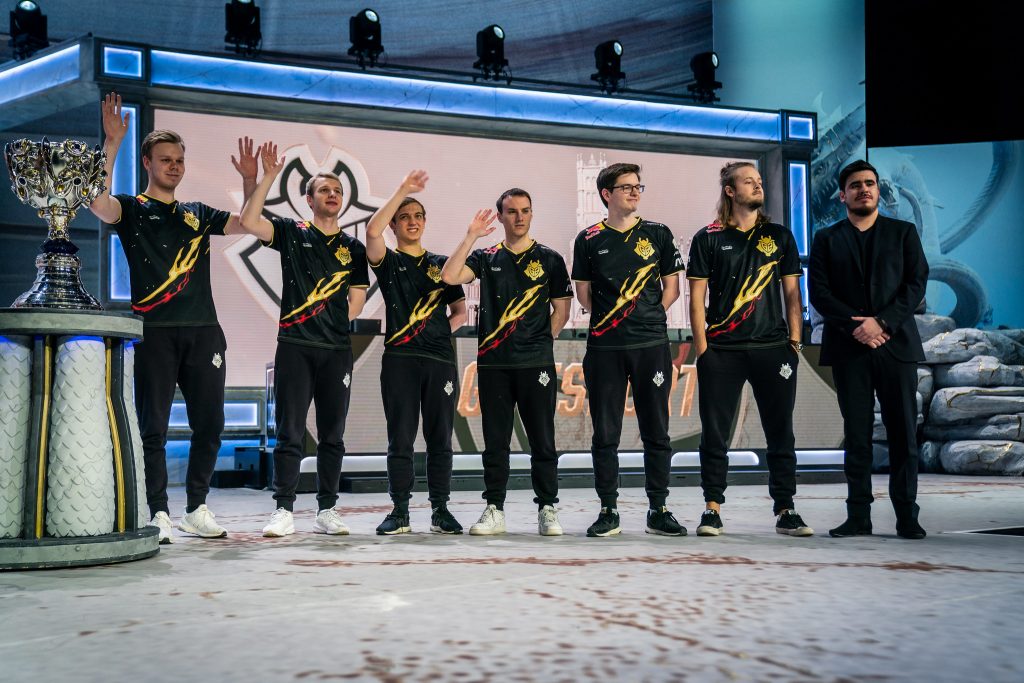 G2 showed an incredible display of macro during their series against SKT, often trading objective for objective as they avoided SKT when they were clearly behind in item and champion power spikes. To put it simply, this is what peak League of Legends looks like. Going against FPX, this style of play is more important to focus on, as FPX are willing to fight over everything, so G2 need to emphasis which fights are important and which ones they can avoid by getting another objective on the other side of the map. As much as many might point towards the mid lane being the critical matchup for this final, the bot lane is more of a point of attack for G2. LWX has been unimpressive during their series against IG and G2 has shown that they can put a priority on bot lane in order to get Perkz ahead.

Qiyana is an ideal champion to ban given Jankos’ performance and G2’s hand already shown that they would rather avoid the champion altogether. Jankos doesn’t seem to understand what the champion can do or when her power spike is in accordance with another early game jungler like Lee Sin, as Griffin had shown his lapse in judgement.

Ryze may seem like the go-to ban for G2, as Doinb has proven that he’s absolutely exceptional on the pick, but G2 could use this to create a bait on red side in order to get Xayah/Rakan if FPX want to first pick it blue side. The idea here is to leave FPX’s bot lane vulnerable while trying to absorb Doinb’s Ryze, which Caps is certainly capable of, especially with a pick such as Orianna, which has sufficient wave clear to make anything the Ryze does a punishable offence.

This Match is Better Than Initial Appearance Would Suggest

FPX vs G2 is going to be a good matchup because both teams are willing to take skirmishes, but it differs in that G2 has to have a reason to take a skirmish, whereas FPX will do so regardless if the payoff is large or miniscule. One fault of both teams is that neither has shown an ability to play Quinn, which is the counter to Renekton, so this should be a considerable concern for both teams, as letting Renekton through might prove unadvised. The draft isn’t the biggest win condition for both of these teams, it’s about the gameplay and whether one team gets entrapped into the playstyle of the other. This one is going to be a banger. ___ Izento has been a writer for the LoL scene since Season 7, and has been playing the game since Season 1. Follow him on Twitter at @ggIzento for more League content. Images courtesy of Michal Konkol/Riot Games For more LoL content, check out our LoL section