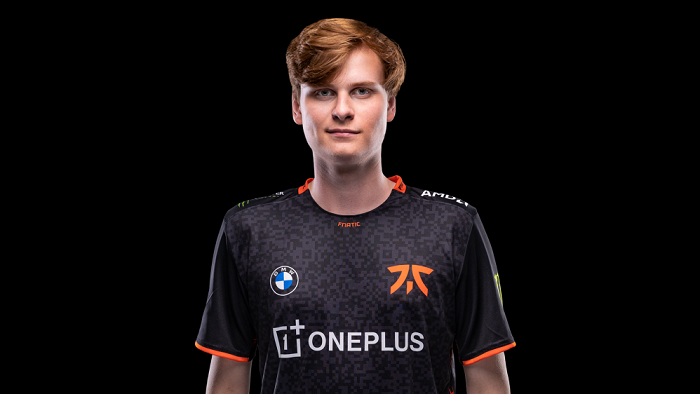 Thorin 2020-12-11 04:22:05
Elias "Upset" Lipp has been Europe's next great AD Carry for years now. No longer a teenager, he arrives at FNATIC, a perennially elite European organisation, to find himself equipped with quality team-mates, some among the best at their roles, and facing the challenge of living up to that damned word "potential" that so often proves to be a mirage. One of Europe's best excuse artists must now draw upon all of his experiences thus far and paint a new dynasty to affirm his destiny as a legend. Are you up to it, Upset? Or will flowery explanations of why you could not achieve your goals replace trophies at the end of 2021? Or will you let Rekkles outshine you? You have no more excuses. 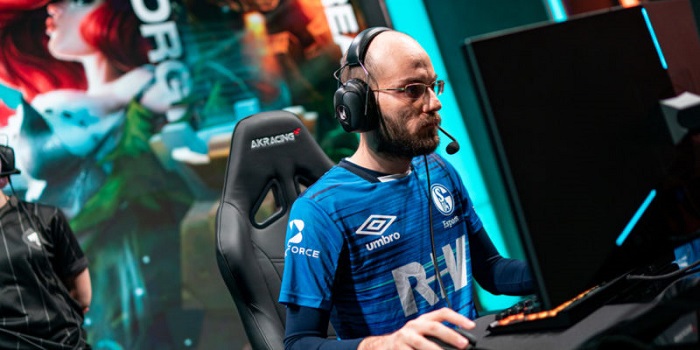 The father's failure is the son's burden!

When it was announced in late 2014 that FORG1VEN would be moving to SK Gaming, an EU LCS finalist and Worlds team of the previous year and the squad would retain the majority of its core I published a video in my still fledgling "Thorin's Thoughts" series entitled "No More Excuses, FORG1VEN". The Greek budding super-star AD Carry had shown real potential and delivered upon it consistently in an otherwise massively flawed Copenhagen Wolves line-up, but now he had a team and pieces that could contend for trophies. With a mind like nRated's, one ever pushing the boundaries of the strategical side of the game at that time; the power dueling style of Jungler Svenskeren and the weak side carry style of fredy122, the gamut of excuses evaporated. Sure, winning EU LCS without an elite Mid laner has since proven to be a seemingly impossible challenge, but would that not have been the ultimate proof of FORG1VEN's transcendent bot-lane prowess? Wouldn't that have been his Uzi or Deft moment? FORG1VEN never made an EU LCS/LEC final and those who appreciated his game had to settle for spurts of individual excellence and a solitary Worlds miracle run, which if anything simply stirred a sense of disappointment in an exceptional talent whose flaws held them back as much as any team-mate or solo queue ban.

Then, just as FORG1VEN exited professional play for what was expected to be the last time, whispers came of another who might carry on his lineage. Certainly, such hopes were fueled by those who had been around the tempestuous Greek but there were the first flickers of flame drawn from the same fire. Here you came, Upset. The AD Carry antidote to the passenger style of the Nordic wonderboys. Nothing was given to you. Even when it appeared to have been. Nukeduck and VandeR set about reclaiming some of their individual honour alongside you, but they had seen better days and the former played himself back into form by your side. Then they were gone. It was on you to fight to prove yourself with each split. Credit was sparse, as a casual fan cannot comprehend individual excellence that does not stand on a finals stage, and scrutiny an ever-hanging sword of Damocles ready to cut you in two, if you let it. Yet you prevailed. 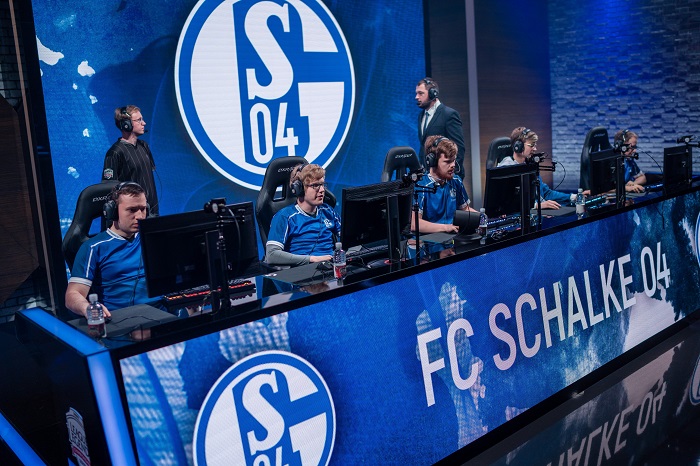 The past does not define the present

"No-one is equal to anything. Even the same man is not equal to himself on different days." -Thomas Sowell In Season eight you were but 17 years old. Not an excuse for Uzi. Or do you prefer to judge yourself according to the average among your peer group? As you battled to elevate Schalke in Season nine, and at times did, you had a below average Mid laner in the region of Mid laners. Can you tell me who NaMei's Mid laner was in his championship year of 2014? Last year the excuses already began to fade like shadows at the dawn's first light. Alphari was considered the best Top laner in the league and Nukeduck's side-laning was stripped away but his experience was not. A flawed gem of a line-up, without the right piece in your lane, but tough times can shape us and make us stronger like a sword hammered is into shape. Look into the mirror. Cast aside all thoughts of what once was and never will be again. You're 20 years old. You have three years of LEC experience to your name. You've played with the bad, the decent, the good and occasionally the great. It matters not. You must harness those you find around yourself now. This is your prime now and the question is whether you will seize it and make it your peak. Excuses are like arseholes; everyone has one and they all stink. 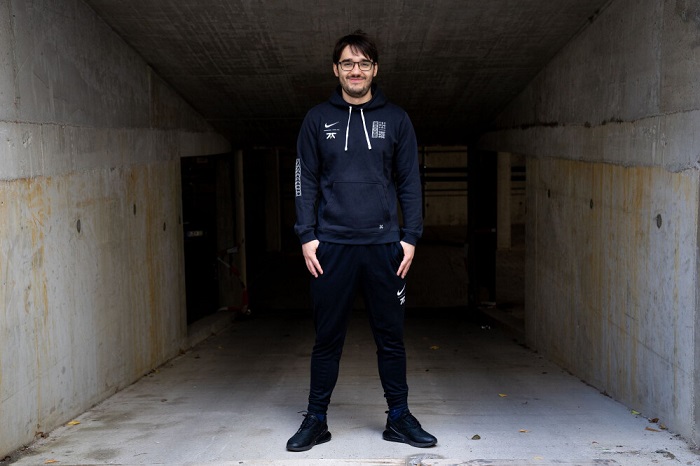 If you want to be dominant and decisive then you could hardly ask for a better Support than Hylissang. While the opponent is ever wondering what he will do next they can't simultaneously be focusing upon you at all times. Use the single-minded awareness you developed as the focal point in every lane and fight as a spear to impale the now distracted. What need be said about your Jungler? He is the best in the West and was carrying a team that almost failed to make LEC play-offs to the brink of the Worlds semi-finals against the number one team in the world. That Top laner's unique mindset ensures plenty of attention will go to his side of the map, his picks will force the opponent's time-lines to be altered and you know he will not simply bleed out while falling further and further behind. Your Mid laner has shown his will to give everything to roam, impact the rest of the map and help his team-mates carry. Are you starting to get a clearer picture of your circumstances? Matters are in your hands. Carry, if you can, but don't cry if you can't.

Who said it was supposed to be easy?

Greatness is not about having it easy and comfortable. Rarely does any great player have it all. That's part of how we know they are truly great. When they do have it all does it not make it trickier to discern how great they really are? How much more they could have pushed themselves? Wunder might be the best Top laner Europe has ever produced, but having S9 Spring and S10 Summer Caps meant he didn't have to be the best player in the server every game. Similarly, when S9 Perkz is revolutionizing the bot-lane whose attention is locked on the guy sacrificing picks? Becoming great begins with yourself. Proving your worth in the hardest challenges that cross your path. Obviously, everyone needs some help in a team game, but the key word is some. "Give me enough pieces I can make work" is the refrain of the legendary player. Let the weak demand a team of players better than them at every role. The greatest know it's impossible, by definition. Becoming legendary is about making those pieces around you better in line with your own excellence. This was the gate FORG1VEN arrived at so many times and rarely if ever could enter. He could inspire to a degree by leading by example individually but beyond that his character flaws crippled his team-mates in key moments. As iron sharpens iron, so the great inspire through leading by example and the legendary inspire curiosity over process and performance level in their fellow men. When you have refined your own play and mentality enough, they will come to you for advice, follow your example and join you in your work. Bring them along but you can't drag them. Think you know how to play and win? Show them more than you tell them. 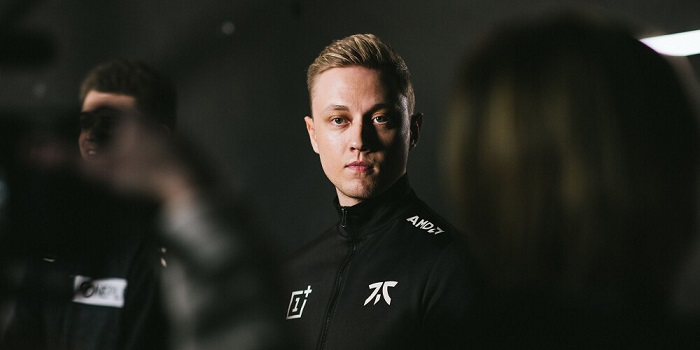 Throw out his shoes

You know which great player does have it all right now? The man who used to be sitting in the very spot you now inhabit. Rekkles has the greatest team Europe has ever produced surrounding him. The team that kept him with medals to match the spoon he used to have hanging out of his mouth. He couldn't beat them and so he joined them. What a wretched turn to a narrative that looked to be entering a heroic arc again in China. So, he has practically the best team-mates across the board? Good. Let that consume his legend. Now show me you're better than him without those pieces. Leave his fans making the excuses. Tweet him a wiki screenshot in two years of these next two and ask him what he has to say. Harness a comparable line-up to the one he failed to win with and do what he could not. Did you always want to test yourself on even ground? Wake up, sunshine. Your greatness will stem from overcoming the hurdles he fell at. Hell, he even had better FNATIC line-ups than yours over his career. Yet his title haul sits at four. There are four up for grabs in the next two years. How many will you win? Take his home from him, the seat of his accomplishments, and complete your destiny. Even fans of his former team will soon embrace you. Give them a reason to. Cut the bullshit. There are no more excuses, Upset. We hope you've enjoyed our newest feature. Kindly support us by following Esports Heaven on Twitter and keep tabs on our website for more interesting content. You can follow Thorin on Twitter. Feature image credit: Fnatic