Tim Sevenhuysen: “Many teams engage with data at some level, but there aren’t many where the most senior staff have a really clear idea of the role data can play”

The value of data and statistics has many times been the victim of skepticism. In sports like baseball, we’ve seen practices like Sabermetrics take a long time to be accepted. As one of League’s leading data experts, how much of a shift have you seen in people’s perception of data science? There has always been a bit of a divide between people who are really excited about the potential of using stats in esports and the people who think stats are relatively useless. I don’t think that has changed too much in the last few years, but stats have maybe gained a little bit of ground.

There is still not very much understanding of more advanced approaches like multivariate predictive modeling, but I do think there has been some gain in “literacy” around the types of context that are needed in order to interpret and apply the more common League of Legends stats effectively, which is a win. Many fans became acquainted with you through your excellent coverage on Twitter of this year’s Worlds. What was that experience like for you? What was the most interesting piece of information you learned during the championship? Covering Worlds this year was a ton of fun and a very special experience, since I shifted my sleep schedule to be awake overnight and was able to watch and tweet through every game live. I wrote one-tweet game summaries after every game, which is an idea I stole from Peter Dun from a year or two ago, and I think people enjoyed that. The in-game win probability updates were the real hit I think, and it was exciting to see how much people bought into that concept and enjoyed seeing and reacting to the numbers. Building and improving that win probability model has been the most complex data science challenge I’ve taken on in League and Legends so I loved getting good value out of it, and was happy to learn how much people liked it! You’ve proven to be a very productive figure in this space. You also do a lot of work behind the scenes. What sort of work do you do besides Oracle’s Elixir? How do you balance so many things at once? My first full time role was as a Product Manager with Shadow.gg, and since mid-2019 I’ve been the Head of Data Science for Esports One. Right now I continue to work with Esports One as well as consulting with other clients, like Mobalytics. Consulting does pull me in multiple directions at once, and it can get chaotic when I’m also running Oracle’s Elixir and putting out my own content. Balancing it just involves staying organized and maintaining a clean calendar and to-do lists so I know what is going on in any given week.  Data analysis is still a pretty new space for esports. Only a few major games have dedicated experts. Could you see you or your organization expanding to other games in the future? I’d love to cover more esports titles on Oracle’s Elixir in the future, if and when I find capacity to do it. At Esports One we currently offer League of Legends fantasy, and we’re working towards supporting more games in future, but I don’t have a timeline on that yet. 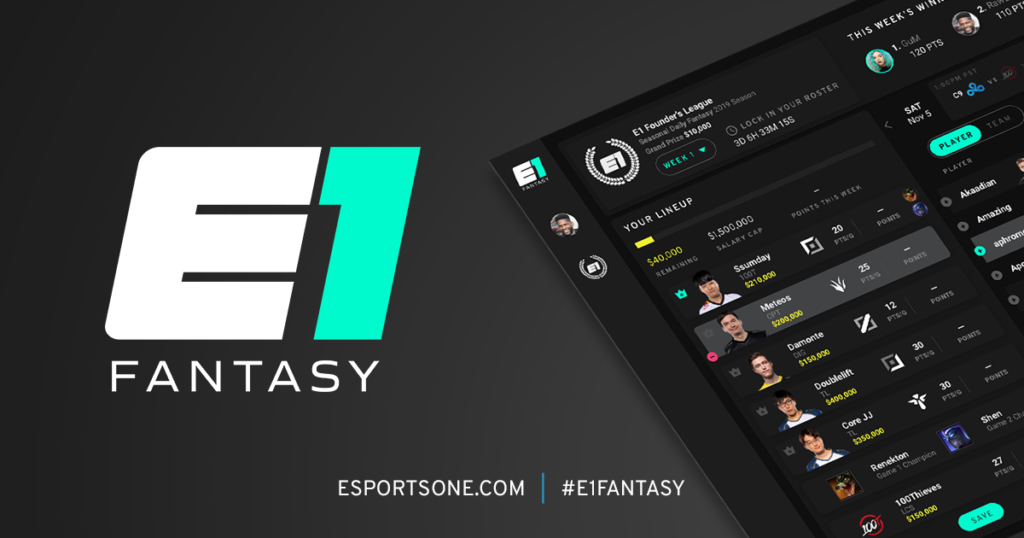 Currently in the industry, you’ve contributed significantly both to the game competitively as well as through journalism. What do you think teams could improve on with their approach to data science? What about journalists? I’d say teams can improve on their use of data to make roster decisions as well as getting a read on the meta as it changes. Many teams engage with data at some level, but there aren’t many where the most senior staff have a really clear idea of the role data can play, combined with an analytical staff that knows how to engineer good data pipelines and construct truly meaningful metrics. There are strides being made, but most teams are still engaging at surface level. On the journalist side, the main thing I’d like to see is more frequent inclusion of relevant data points within analysis, to support or give context to the claims that are being made. But honestly, there aren’t that many analytical content creators out there these days, aside from casters and coaches, since there is a much larger audience for storytelling and news journalism, so I understand why we don’t see more use of stats in journalism right now. We’ve had the pleasure of seeing you in more roles like as a guest for Jacob Wolf’s Free Agency Show. Do you have plans for more video work in the future? I’ve been having a lot of fun running my Twitch stream at twitch.tv/TimSevenhuysen lately, and uploading segments to YouTube. I plan to keep moving forward with those channels, and we’ll see where it all goes! What are your thoughts of the signings this offseason? Any that stand out to you? I’ve barely had time to digest most of it! The Perkz move is really landscape-altering, and there are a lot of nuances to TSM signing Huni, the trade of Lost to EG, and potential fallout from wherever Rekkles signs (since, at the time I’m writing this, we don’t know if he’s returning to Fnatic or not). I’m going to need a few weeks to sort through it all and decide on my opinions, for sure! With your career in esports, who do you look at as your inspirations in the field, both in and outside of the industry? An obvious answer is Nate Silver, since he’s done so much data-consciousness in sports and politics with his own work and the entirety of 538. But otherwise, I’m not sure there are really individuals who have inspired me, or particular pieces of work that have led me in a certain direction. I tend to chart my own course that way, and have been much more “inspired” by sociological data analysis and research methods, rather than anything in sports in particular.

What is the “end-goal” for your work in esports, if any? I’d say I’m more or less in the end game right now! I love analytical content creation, I enjoy data engineering, and I have fun learning new things, like how to work with different databases and data ingestion pipelines, how to improve the website features of OraclesElixir.com, how to relay insights to an audience, and so on. It’s been a somewhat long road to get to where I am now, with a lot of twists and turns, but I feel extremely blessed that I’ve been able to support my family this, whether I was doing esports full time or as a hobby, and I’m excited to see what other unexpected paths the journey will take me on. If you enjoyed this interview, follow the author on Twitter at @OddballCreator. Follow Tim on Twitter as well at @TimSevenhuysen. Check out our LoL hub for more.