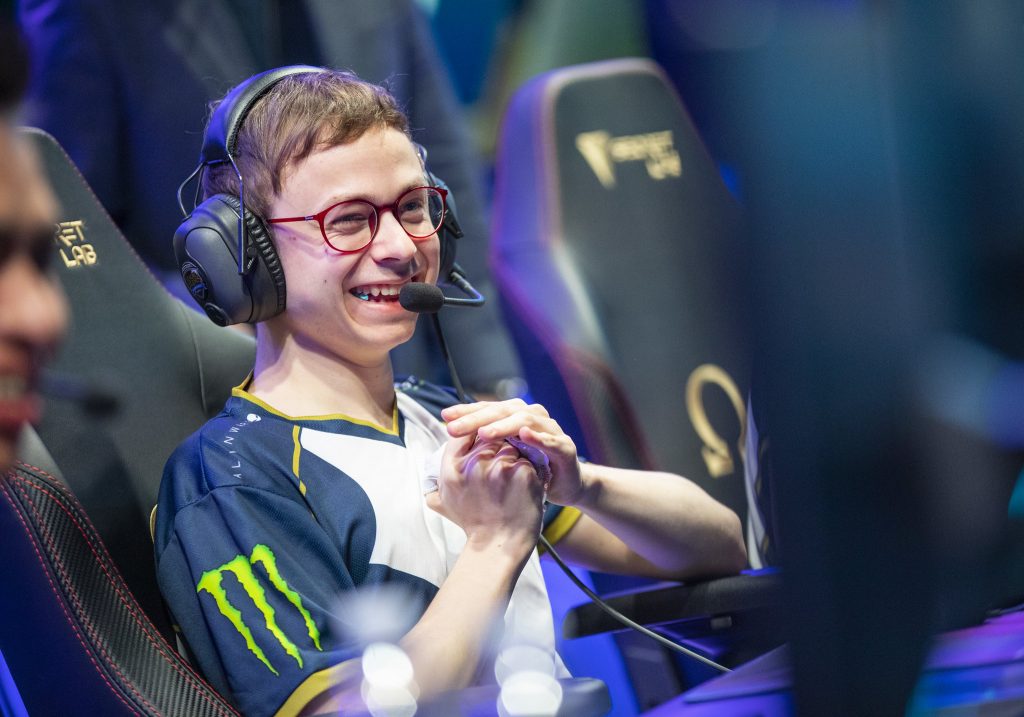 TL Jensen: “I don’t think there should be salary caps. It would be the same if you were to watch soccer, like Cristiano Ronaldo, I feel like it’s fair that a player of that caliber and marketing deserves more than others”

Izento 2021-03-02 02:28:39
Team Liquid have closed out the weekend 2-1, with their final win against Immortals looking clean as they closed out the game with relatively few mistakes. Although their game against IMT wasn't the most exciting, having the latest first blood out of any game this season, it proved TL could play with restraint. That being said, off the rift, the discussion of the import rule for LCS has been the highlight of discussion amongst the community. Esports Heaven spoke with Jensen to discuss his game against Immortals, baron 50/50s, the mythic item Everfrost, salary caps, and TL's upcoming match against Cloud9.

You guys had a very clean game, besides when you inted by face checking top tri bush (laughs). Do you think there are any good takeaways from this game for you guys?

I know from an outside perspective this was probably a boring game to watch with not much stuff happening. I still think we played pretty well. I think the biggest reason it was as boring as it looked was because FlyQuest didn’t want to fight for anything. We pretty much took objectives on spawn as fast as we could. I think we were playing the game pretty well. We tried to roam around, look for dives, but they were just playing really cautious and didn’t want to fight us or contest us at all. It was a boring game to watch and also play to a certain extent as well, but I think from my perspective, it was a good game from us and they just didn’t want to do anything. I mean, if they don’t want to fight, there’s nothing we can do, right? (laughs) Just take the objectives and move on.

What are your thoughts on baron 50/50s? We’ve seen TSM do this a couple of times this season, and your guys’ last game against them, you guys weren’t willing to do a 50/50.

I mean, normally 50/50s are bad and you want to avoid them unless you’re in a very desparate position, where you’re either losing and can’t respond to the side lane pressure and you just need to pressure them to come to you. Generally speaking, I don’t enjoy them too much, but usually there’s more to it. There’s a thought process, like if you have champions that can zone the enemy jungler, then it’s not really a 50/50. That’s usually the thought process that teams have, when you get baron to 2000 HP or 3000 HP, you knock away the jungler. That’s the thought process for going for the seemingly 50/50 barons, they shouldn’t be 50/50. Usually a team will mess it up, and in the case of TSM, we had some 50/50 barons that shouldn’t have been, and when you lose those it looks a lot worse than when you initially go into them.

I’ve been noticing more players are picking up Everfrost. Just in LEC alone there were tons of players using it. What are your thoughts on the item change?

I think Everfrost feels really good to use. I think all the mythic items for mages are pretty viable, they’re kind of just situational or it just depends on your preference. I think it’s pretty nice that [Everfrost] was buffed because it gives more diversity. If you want to go Ludens, that’s always going to be good, but now you can also pick up Everfrost if you think there’s a good situation for it. Right now the item feels pretty good on specific champions, like if you play Syndra, you hit Everfrost and you can guarantee your combo. If you play Viktor and hit Everfrost, you can guarantee his W stun. It feels like a really fun item to play with and it’s also just really good.

Alright, let’s move into something more heavy. Everyone is talking about the import rules for LCS, but I want to go a different route. Salary caps, what are your thoughts on them in relation to if theoretically we opened up imports for all regions? For instance, I think the LPL has, or rather is introducing LPL salary caps.

I think the LPL might already have salary caps, I’m not sure. I don’t really know, I don’t think there should be salary caps. It would be the same if you were to watch soccer, like Cristiano Ronaldo, I feel like it’s fair that a player of that caliber and marketing deserves more than others. If you perform, you need to be rewarded for it. I don’t know if salary would be an issue in the case that import restrictions were to be lifted. I don’t think LCS teams would be like, “oh, Faker is going to come over, Chovy, Rookie,” I don’t think that would be the case. I think it would be just a bunch of top Korean challenger players that would play for minimum salary and then they would just work their way up. I think that’s what would happen, so I don’t think salary caps would really matter in the case that the import rule would be lifted. I dunno, there’s a lot to the topic and I haven’t thought too much about it myself to be honest.

Next week you guys face off against Cloud9. The mid jungle 2v2 is probably the most hyped thing about this. What are your thoughts on Perkz and Blaber as a duo against you and Santorin?

Personally I’m not too worried. I know we’re better and we’re usually doing pretty well in the early game, but we’re just inconsistent as a team right now so we’re losing a lot more than we should. Even still, I think we’re better and there’s really no concern, so I think we’re going to smash them. Izento has been a writer for the LoL scene since Season 7, and has been playing the game since Season 1. Follow him on Twitter at @ggIzento for more League content. Photos courtesy of Colin Young-Wolff/Riot Games For more LoL content, check out our LoL section