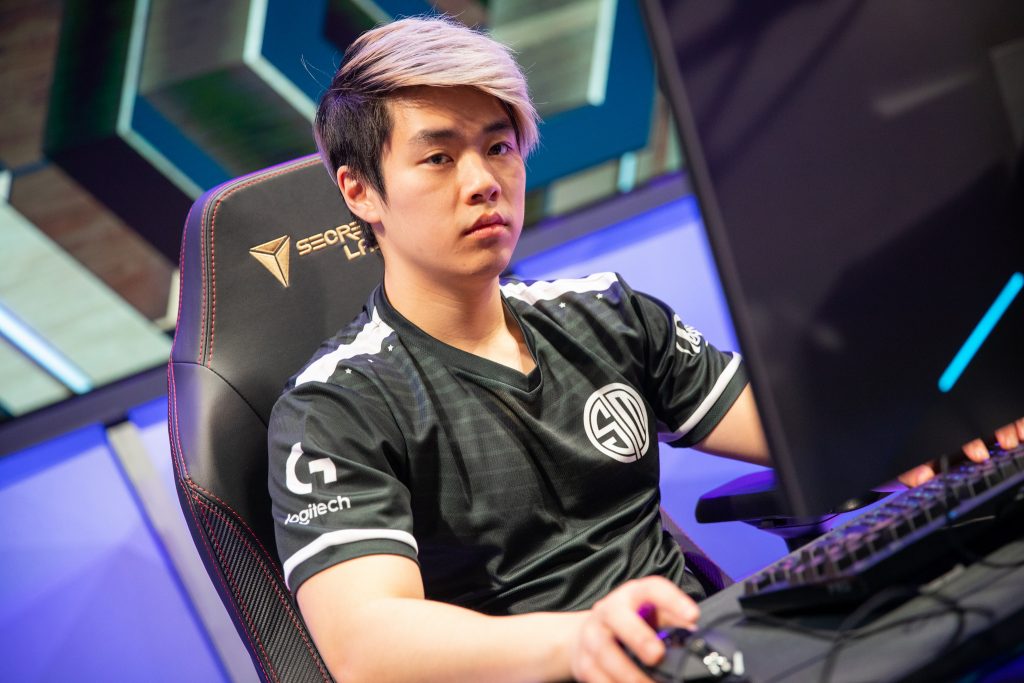 TSM Smoothie: “For me, joining TSM was more of like a comeback story because I think I declined a little bit in 2018 and I wanted to make 2019 my year”

Izento 2019-02-15 03:37:42
more
TSM have ended Week 3 going 0-2. TSM might be looking down the barrel of a tight playoffs race if things don't turn brighter for the team. Their game against Cloud9 in particular was a tight race, with comebacks and chaotic teamfights that saw the game teetering on a knife’s edge. Esports Heaven discussed the game against C9 with TSM support Smoothie, as well as elaborating on his coach Ziks, reasons for joining TSM, and the stigma of joining TSM as a support.

When TSM saw Sylas in draft, was this an expected scenario?

We definitely saw a lot of Sylas in scrims. He looks like a pretty good champion if there are good ults to take. There's always the unexpected factor when new champions come out because people don't know how to exactly play against it. I think today, we had a good idea of how to play against it, we just played badly around our win conditions. At the end of the day we lost, but it was still a winnable game for sure.

How does Ziks differ as a coach compared to what you've had in the past?

The one coach that has made a huge difference for me has been Reapered. I haven't seen much of Ziks honestly, it's barely been a couple of weeks, and we have been scrimming before the season started but it hasn't even been a split yet. We haven't experienced high pressure scenarios yet. LCS is just the tip of the iceberg for pressure. When international events and playoffs come, that's when you really test teams on how they prepare, how they execute...

Which is what TSM is known for.

Exactly. That's what I'm trying to go for. Unfortunately we've gotten a couple more losses than we would have liked. We're 2-3 right now (at the time of this interview). Last week for me was really disappointing because I was in a really good spot to carry those games. The one we lost I made a really critical mistake, and today’s game against C9, I think I played pretty well except we didn't know what direction we wanted to take as a team in terms of macro play. I think that will be changing with time. The team is still really good and we have good scrim results, so I'm still really hopeful about the next couple of weeks and hopeful for playoffs when they come.

When working with this team lineup and there being so much veterancy in the bot lane, how is it incorporating this newer player BrokenBlade into the team?

He's really mechanically talented player and he can play a lot of champions at a very high level. He's also quite vocal, which is rare from top laners. He usually has a direction in his head that he wants to play towards. I think the things he struggles on are, which is what a lot of newer top laners suffer from, and he's not really new since he played in the TCL a bit, but we as a team struggle to use his advantages and make it into a team play. We struggle with that and I think that's just going to get solved by time, synergy and experience. For me, in my eyes, we still have two newer players. I still consider Akaadian a newer player because I feel like in the past he's had teams that I wouldn't say were super rehearsed on what true macro is. He's learned quite a bit of stuff in the last few weeks that he didn't know about in regards to macro, that in my head, were really basic macro things, which is fine. I don't think you can expect every player to know exactly what you yourself knows and I think that process of making newer players great players, that's going to be a long process, and if we lose a couple of games in the early stages of the season, then so be it. All of it will pay off in the end.

Talking about TSM in general, what was your reasoning in joining TSM as an organization?

For me, joining TSM was more of like a comeback story because I think I declined a little bit in 2018 and I wanted to make 2019 my year. This has been a bumpy start, but I think me, Bjergsen and Zven, we've all been to Worlds multiple times. Bjergsen and Zven especially have gotten multiple titles in EU and NA, and we're all trying to get back there and change our history of last year. Hopefully we get there again and make TSM’s legacy — their winning culture — a reality again. That's my goal and I think that's what everyone wants and I can definitely feel the drive in everybody.

Looking at TSM last year and the tumultuous season they had and particularly with Mithy and his performance, and then as TSM as an organization and their history, as they've had this kind of bad omen with supports. With the transition of Yellowstar, which was a failure and now Mithy which didn't transfer successfully either, and now you come into this lineup, were you ever concerned about that trend going forward as you joined this team?

Well for me, definitely in the past with Biofrost who had a lot of success in TSM, but the supports in TSM didn't become what they had expected them to become. I think I'm in the middle of what they want, where I'm a vocal player and I have good mechanics. I think that's what they primarily wanted. The narrative that supports in TSM don't do well didn't really scare me at all. I think that in every game I go to, I'm just playing a video game. I don't really care about external things because at the end of the day, I'm only here to play the game that I love to play. It's all fun and games until you lose, so hopefully the losing stops (laughs) and we improve a lot in the coming weeks. We've improved and I know that really doesn't show right now but I'm hopeful about that improvement.

As far as transferring scrim results to stage, you've been in the LCS for a while now, with multiple teams and we keep hearing certain teams are doing well in scrims and then they don't perform on-stage as expected. What do you think the difficulty is with transferring that momentum on stage? What inhibits players from doing that?

There are a lot of memes about people doing well in scrims, so they should do well in scrims, but C9 at Worlds is a prime example where they were getting smashed in scrims, and then they got to the semifinals. I think the biggest thing for translating scrim performance to the stage is consistency in practice. There's a lot of factors, like pressure, pressure who you're against, like say for example people don't play well against the titans. In the past it was TSM, when you play against them you felt more pressure than facing other teams and that's just going to be how it is because you're getting watched by thousands upon thousands of people. The reality is that players will play more reserved on-stage and players that can get over that and play consistently on-stage will be the people that strive. I think that some of our players are struggling with that consistency but with time and more repetitions, it'll get there eventually.

Would you like to say anything to the fans?

Bare with us. We're struggling a bit but every day we strive so hard in scrims to improve. You guys may not see it on the outside but everyone is driven to win and every loss we take we take really heavily. Thanks for all the fans who support me and TSM. ___ Izento has been a writer for the LoL scene since Season 7, and has been playing the game since Season 1. Follow him on Twitter at @ggIzento for more League content. Image courtesy of LoL Esports Flickr