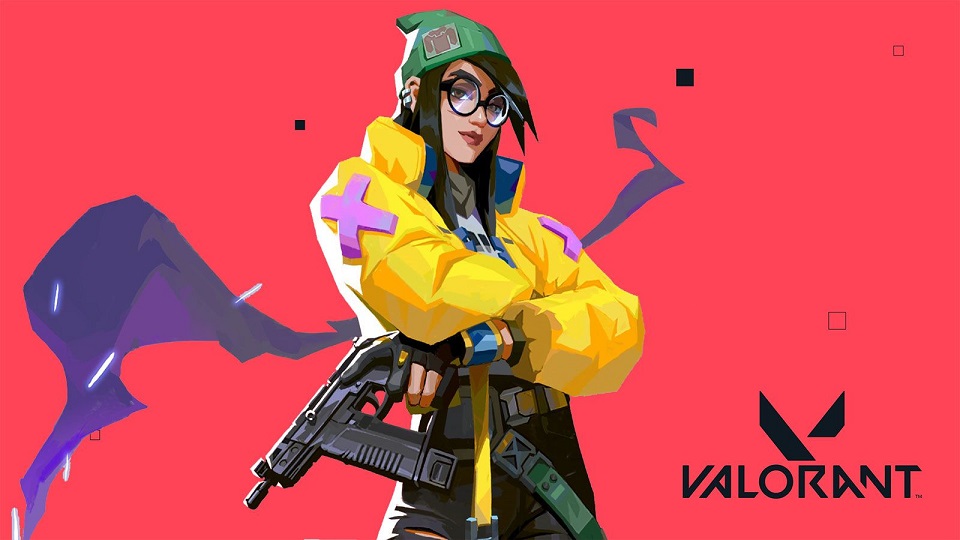 Aashir Ahmed 2020-09-13 02:14:13
Since its launch, Valorant rapidly climbed the rungs towards becoming one of esports' most thrilling games. It gives you the ability to choose different characters,  known as Agents, each giving players unique skills and a variety of choices to opt from. Selecting your agents is a major aspect of the entire Valorant experience; players should select their Agent based on their favorable playstyle, as well as their knowledge of each agent's abilities.There are currently 12 agents in the game, with the latest addition being Killjoy, who was introduced at the start of Act II, launched on 4 August 2020. Being the 3rd Sentinel to be made part of the game, her playstyle is similar to that of Cypher and Raze combined. Much of her skills are equipped to gain control over the map. This could be either protecting flanks while moving a target or having intel about the opposition’s defense. This guide covers all you need to know about Killjoy in Valorant, and how she can be used effectively on the battlefield. 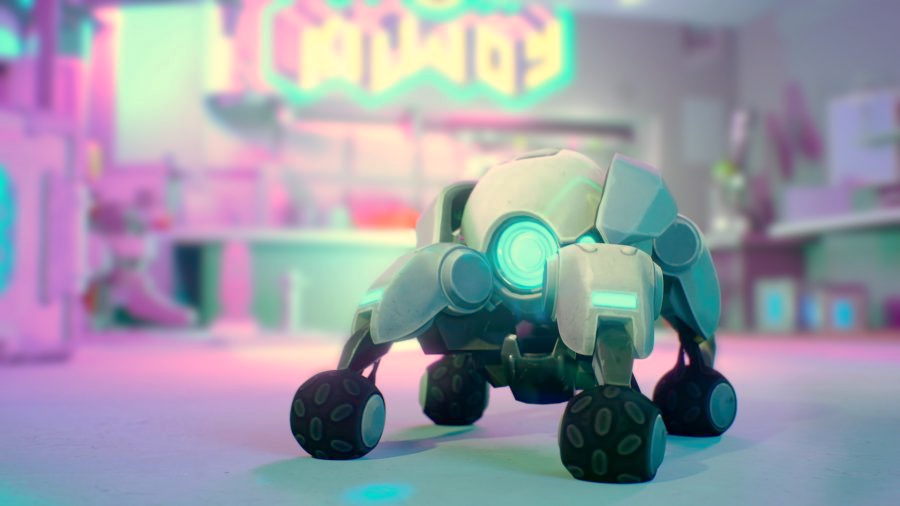 Deploys a bot that tracks the enemies within a certain range. It alerts you of their location, and simultaneously renders them vulnerable, causing them to suffer twice the damage from all sources. Once deployed it can be recalled if the player does not want to use it at that specific instance. On the flip side, this bot can also be destroyed by the enemies. The potential to restore her abilities after being deployed is common for all her abilities. Alarmbot costs 200 credits, and can be placed anywhere you want, and can also move as you want it to.

A great first tip is to place it around the corner. Peaking is a vital part of Valorant, since having eyes on the enemy whilst trying to conceal your position can be the turning point for many gunfights. When you put the Alarmbot at a corner, your opponent might peak to locate you. Since the player is oblivious to the fact that you’re hidden, him peaking will consequently detonate the Alarmbot creating the perfect chance to knock the opponent out. Alarmbot can be useful for attacking, too. You can check lanes for the presence of enemies, and even get the damage buff for easy eliminations. Another useful case can be while protecting the spike. If placed near the spike, opponents can be distracted while trying to eliminate it, providing time for your team to rush to the site. 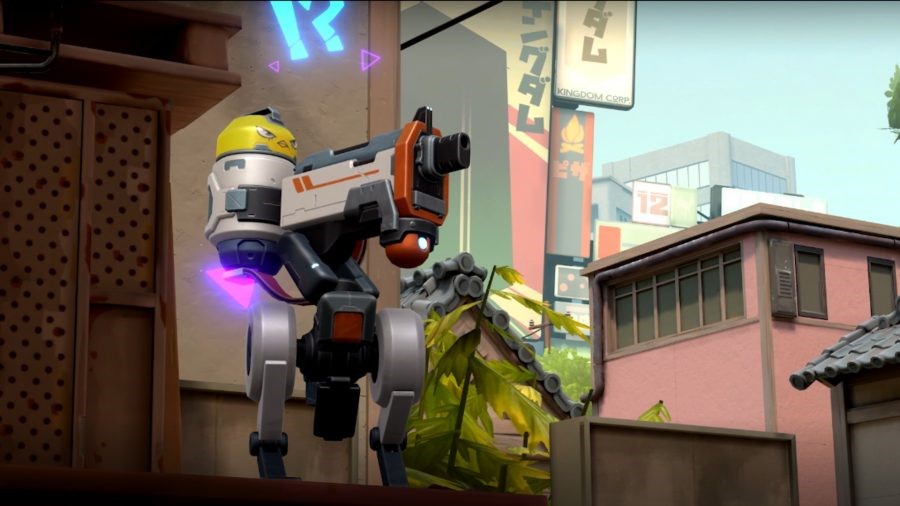 Use fire to deploy a tower that fires at enemies in a 180 degree wide cone. Killjoy furnishes a tower. You can also retain it by holding "equip." A short delay ensues before the firing, highlighting the need to activate the turret.  It plays the role of a support tool in your encounters. Its range is low, and can only fire at targets within close range.  When the turret is mounted, it surveys the environment for enemies and starts firing within a second upon detection. The damage is enhanced if the enemy is close to the structure. The turret deals damages in the following denominations: 8 for close-range, 6 and a half for mid-ranged, and 4 for long-range shots. It has total health of 125 and can be destroyed by enemies easily. The Turret has a cooldown of 45 seconds once destroyed or can be recalled for a cooldown of 20 seconds. Killjoy's ability to restore her turret easily allows her to reposition and switch between bomb sites. Related: Valorant Agents Tier List

One reasonable position to put this down would be around an angle, corner, or something similar, where it would be difficult for the enemy to bring it down, giving you the upper hand. Turrets provide optimal conditions for luring enemies. Awaiting the activation of her Turret, Killjoy can go into hiding. Naturally, enemies will try their best to destroy the Turret that gives Killjoy a chance to capitalize on the situation and carry out a surprise confrontation. There appears to be no range limit on the Turret too. The further the turret, the greater the damage falls; however, having a turret even for long-range opponents compromises their location, providing Killjoy the intel.

This is a device that can be placed on the floor stealthily, but it needs to be detonated manually. It deploys a lethal swarm of attacking nanobots, when you trigger it, to kill your enemies! It is like tossing a bomb, but it forms a pit, similar to that of Cypher's Cage.  After a brief amount of time, it automatically eliminates the enemy hero. In particular, it has a very wide area of impact.

The first advice for the grenade is not only to hide it around walls, close to the Alarmbot, but also to hide it near the obstacles. It should be positioned such that the grenade is not apparent instantly and to avoid enemies from smashing them. Furthermore, tossing the grenade in places in which an enemy is speculated to be hiding is a great strategic move.  It impacts the enemy by detonating, whilst reinforcing the assumptions of his presence. Even if the bot cannot damage the player, the player's location has been compromised, forcing him in the open to rush to a different spot, giving you an upper hand in both circumstances.

The ultimate ability of Killjoy produces a massive debuff zone over a wide area. Enemies trapped inside cannot use their weapons and abilities, and their speed also encounters a drastic decrease. Lockdown is very powerful, but it costs a hefty price. It takes 7 ultimate points to launch which means that the total frequency of using Lockdown in matches is fairly low. There is also a short delay after detonation, a factor to consider upon deployment. There are only 150 life points so it can be destroyed easily unless Killjoy finds a suitable hiding spot for it.

The range of lockdown is huge and easy enough to fit a single point, or even two Haven points. Placement is important depending upon your purpose and the current condition of your team. This is helpful to attack because the enemy team is almost always forced to leave a highly contested point and allow your team to push. Lockdown is useful for both attacking and defending. Enemies are either forbidden to enter an area or are pushed out of one. The main drawback is the time it takes to set up. It takes 13 seconds for the ultimate to be completely active, and all enemy players remaining within the area will be detained at the end of this time. Enemies will have this brief period to get out of the radius or destroy the device before it takes effect. Players have to make sure that they conceal the device to avoid it being destroyed, or keep tabs on enemies to prevent them from finding an opportunity to destroy the device. If you don't need the ultimate to advance, then using it to maintain the point until the spike has been planted is just as vital as forcing enemies to fall back to prevent being 'detained' or pushing the point to destroy the device before it activates – creating vulnerability for counterattacks. Conclusion In a nutshell, Killjoy edges more towards defense since it compliments her abilities, which makes her much weaker on attack. While equipping Killjoy, it is better to have offensive agents on your team so that they can benefit from Killjoy's ability and take out the opponent using abilities of their own. Her kit is extremely useful but centered around a similar form factor. Placing Alarmbot and Turrets in isolation would only lead to their destruction without any real usefulness. The weakness debuff of Alarmbot can turn Turret into a real threat for your opposition and can give your team the upper hand. Identifying the enemy's location and buying enough time for the squad to make rotations and catching enemies off guard is her strong suit. Killjoy lacks effectiveness in a battle early on, as she always has to withdraw and reposition. If you enjoyed this guide, follow the author on Twitter at @AashirAhmed155. Cover photo courtesy of Riot Games