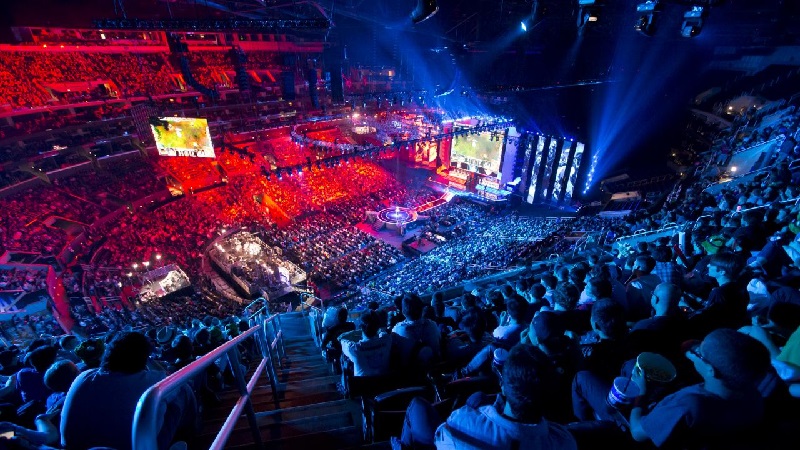 Worlds 2019 Aftermath: An Analysis of Why NA Sucks

Izento 2019-10-25 04:09:05
Ah yes, it’s that time of the year again where we make excuses as to why NA sucks. While no one enjoys excuses, as there’s no such thing as a good excuse, there is a difference between an excuse and an explanation. An excuse is usually devoid of responsibility and a lack of ownership, often trying to divert condemnation. An explanation is a description of what has happened, the details leading up to the fault and seeking to be understood. So let’s explore the explanations as to why NA sucks and some possible solutions to the problem. This isn’t meant to be an exhaustive list, nor is it even meant to address points which might have been already explained elsewhere. Herein we will just discuss Bo1 vs Bo3 and the scouting issue While the Bo1 vs Bo3 debate might at first seem like an excuse, let’s explore why it might be the beginnings of an explanation.

The most common rebuttal against those in favor of Bo3 is that Worlds Group Stage is played in a Bo1 format, so if NA can’t get through the Group Stage, what’s the point in practicing in a Bo3 environment domestically? Whenever this argument is presented, no one brings up the fact that LCK is still phenomenal even though they play Bo3, so should they just drop the Bo3 format because the Group Stage is Bo1? The real dilemma is that the best NA teams haven’t been the most optimal at initial planning, which is where Bo1-focused teams are most rewarded. TSM were well known for losing their first games in the Bo3 format during 2017, but then pulling it all back together for the next two games. TSM’s record for the 2017 Spring Split 31-16, while they had a 30-11 record for Summer Split. Many at the time attributed TSM’s ritual loss of the first game was due to experimentation, but one could argue it’s more of a lack of preparation, as the excuse of experimentation means you simply weren’t prepared enough to win the game where you were trying something new, and Bo3 allowed this because TSM's greatest skills weren't embedded in preparation, but rather, adaptation. The idea of initial planning isn’t just restricted to Bo1, as there is still a beginning match in a Bo3, but it doesn't allow you to depend on the crutch of the element of surprise. The only reason why the first match is less important in a Bo3 is simply because you can lose the first game and potentially come back with the additional two games. The problem arises in that you can practice the same skills in a Bo3 but not in a Bo1, but the same is not true in the reverse order. Adaptation is best shown through throughout a series, whether that be through draft, micro or macro, although the draft is still by far the biggest glaring issue for the Bo1 format. Bo1 doesn’t allow for teams to practice drafts on a consistent basis, but more importantly, Bo3 allows for teams to get familiar with how a series meta develops. One great aspect about a series is that there is a meta which develops between the two teams, which then supersedes the regional or global meta. A series meta cannot be replicated in a Bo1 environment. This could also be part of the reason as to why it took so long for NA to finally beat a Korean team in a Bo5, which happened as late as 2018. There’s also the positive that since Riot updates the game consistently, it requires players to be very flexible in their playstyle, and with Bo3, the argument is that rookies would be given a chance to play and develop, to even possibly having a playstyle completely different to the current starter. Bo3s have a nice apparent advantage that rookies would get more stage time due to teams having less pressure to win one single game, but rather they can lose one game and then sub the starter back in to win the series. This sounds like the perfect training ground for rookies to get experience under their belt while also allowing the organization to build up talent to secure their own future. The major problem that happened when the Bo3 format was introduced to the NA LCS was that the league wasn’t franchised at the moment, so we actually didn’t see a massive influx of rookies to play these one-off games because teams were still apprehensive to risk their organization due to a couple of bad games that lost them an entire series, or worse, multiple series and risking relegation. NA LCS franchising had a bigger impact on teams trying out rookies, but with both franchising and Bo3, we might see even more rookies get a chance to play on the big stage. What also doesn’t help is the fact that brands tank on a downward trend if they start losing frequently, which is the risk associated with signing rookie talent, and with fan sentiment boiling the pot, organizations are even less likely to try out rookies. While the Bo1 vs Bo3 debate can mostly be chalked up to, more games equals more stage time and practice, there is still a concern of viewership fatigue, and the likelihood that we would also go back to multi-streams, which would also probably mean a drop in viewership, as was noticed in 2017. The cost of doing Bo3 would also affect EU viewership numbers as well, because NA fans that have enough time to watch EU and NA currently, might then only have enough time to watch NA were it to change to a Bo3 format. Montecristo does make a good point, on the show Summoning Insight, that we could just switch to the LCK model and do four broadcast days, but as he admitted, it would be more costly - although the point of this conversation is to see what can make NA a more competitive region rather than being the best revenue generator, as those are two different conversations.

Besides NA’s server having higher ping than other regions due to the infastructure of NA’s internet as well as the landmass size of NA, and NA’s server population being smaller than other regions, one reiterated theme is that the scouting techniques from teams aren’t advanced enough to find adequate talent, and so, if you already have a small server, the chances of you finding talent are far less than they could be with trained scouters. Montecristo on had mentioned that “people don’t do actual scouting...which of the teams have a dedicated scouter”? This is the surest way to help NA grow, to get educated people to scout for new talent rather than prospects being recommended by current pro players. For NA teams, having a scouter could make up for the smaller server size and might get NA back into top form, which these scouters can also be used to scout talent in other regions as well so that you can even import rookie talent, as Thorin mentioned. Our current strategy to scouting talent is through Scouting Grounds and is our only scouting technique that is different from the academy system that is used by other leagues. The problem with Scouting Grounds is that it tries to solve the problem for NA teams by just picking top ranking players from the solo queue ladder, something in which teams could do by themselves. Although it’s paid by Riot, it would be much more effective for Riot to allow teams to choose who they bring into Scouting Grounds, from any region, to then test out and see if they fit with their team. While the point of Scouting Grounds is to help develop NA talent, that’s what we have NA Academy for, so having two similar systems is redundant other than Riot using Scouting Grounds as a stint to increase player activity on the high rungs of the solo queue ladder, but once again, these suggestions aren’t meant to be monetary gains for Riot. There are multiple reasons why NA sucks, this just being some of them. Unfortunately there are too many reasons to cover without writing an entire book, but for now, these are some explanations around the theories of Bo1 vs Bo3 and scouting in the NA scene and the lack of focus on these areas. ___ Izento has been a writer for the LoL scene since Season 7, and has been playing the game since Season 1. Follow him on Twitter at @ggIzento for more League content. Images courtesy of LoL Esports For more LoL content, check out our LoL section