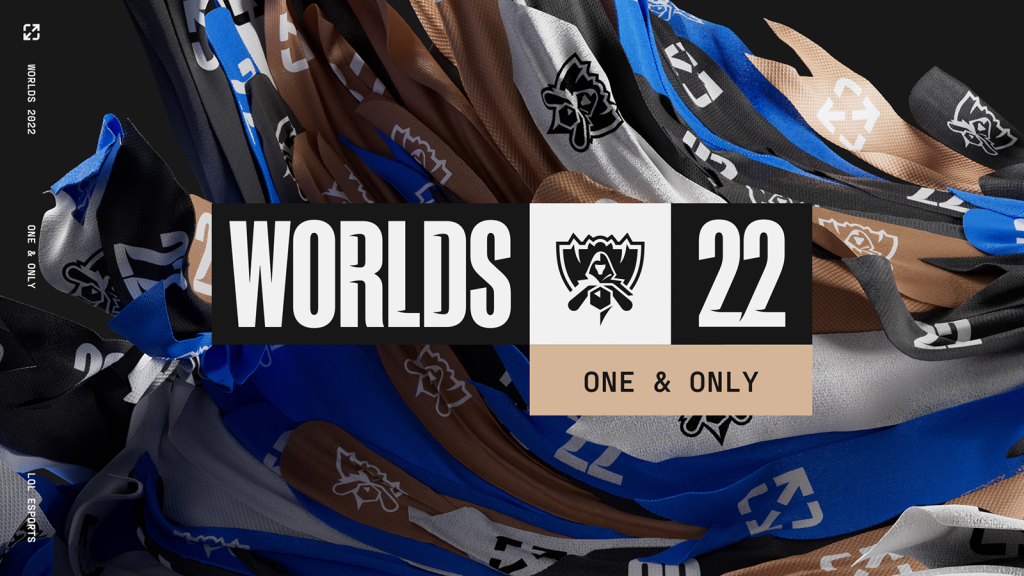 Mush 2022-09-29 03:45:39
Riot announced the on-air talent for the League of Legends Worlds 2022 a few days ago. It is a star-studded line-up, as usual, but it also repeats a major mistake that we've seen in the last few years. Let me preface this by saying: I have nothing against any talent who’s on this list. Every name that has been chosen to give voice to League of Legends for Worlds 2022 has earned their place. They’re all talented people who’ve worked hard to get where they are. What I am criticizing here is the regional representation imbalance. 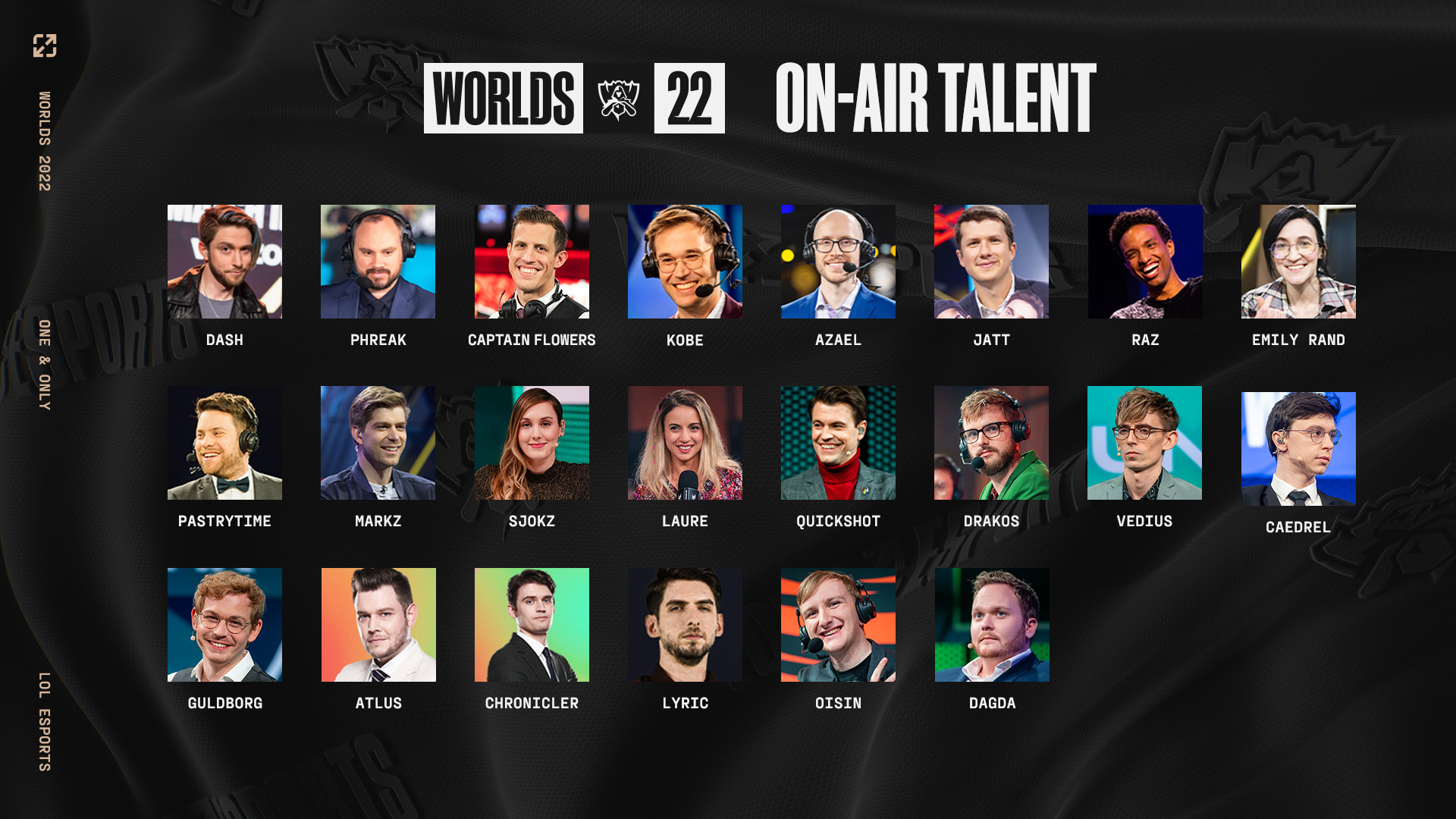 This is the Worlds 2022 On-Air Talent. 22 talented people bringing is the biggest even of the year. The same number of people that brought us last year's edition.

Let's take a look at what the broadcast talent looked like last year: 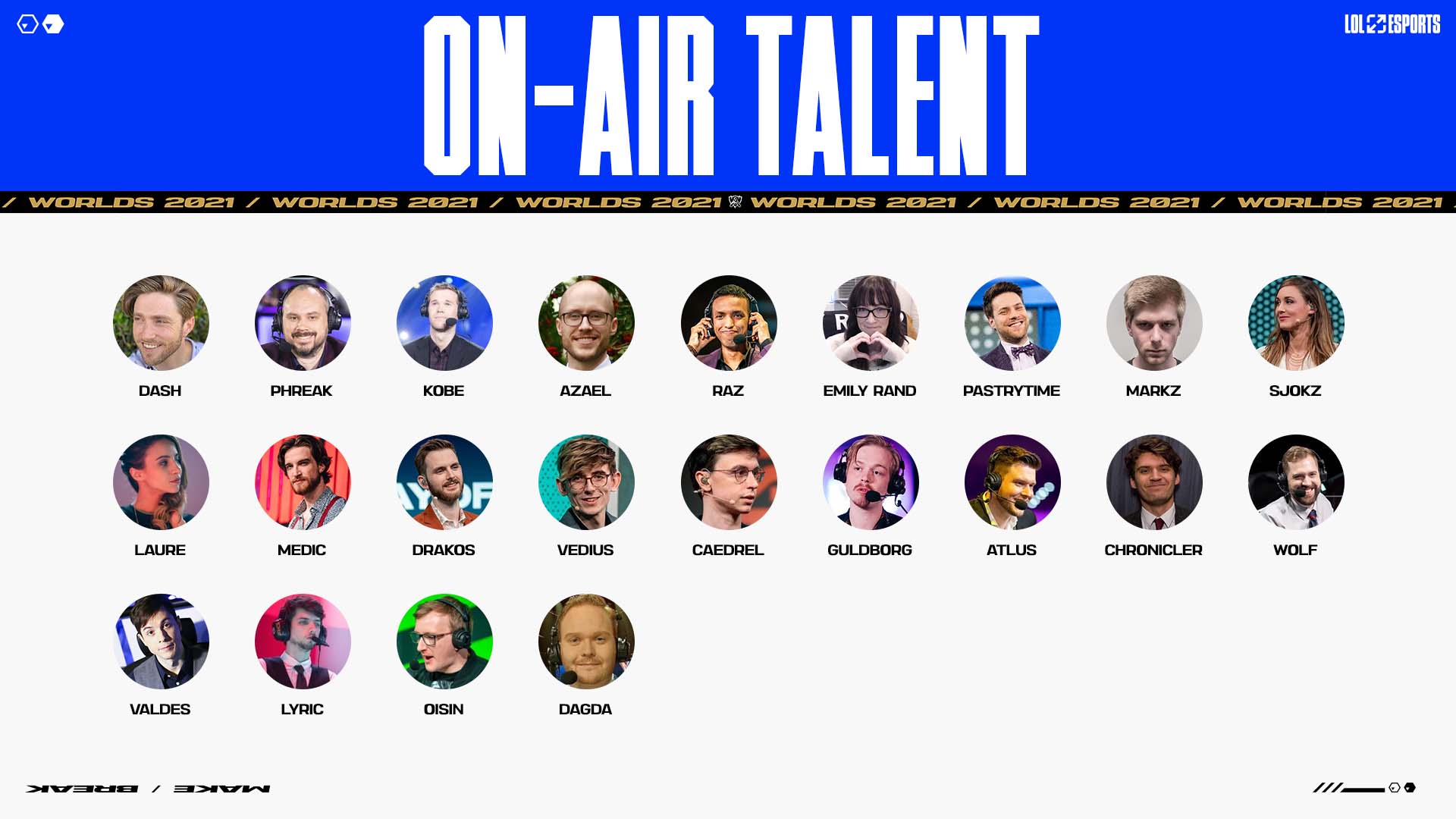 Can you already see the problem? Let's split the talent by region on both editions. Worlds 2021: This was a very solid line-up. LCK brought its entire English cast, LEC was well represented, but LPL's representation was still on the weaker side of things. This smaller LPL cast was a problem. As is customary in Worlds Quarterfinals, there were two LPL teams and two LCK teams facing each other.  Given the way groups are organized in Worlds, this will almost always happen.

Worlds 2021 had T1 face HLE and RNG face EDG. The first matchup had the perfect caster choice. It is an all LCK matchup, with an all LCK cast to boot. Atlus, Wolf and Chronicler brought us the exciting series with all the needed regional knowledge, but the problem reared its head in the next series. 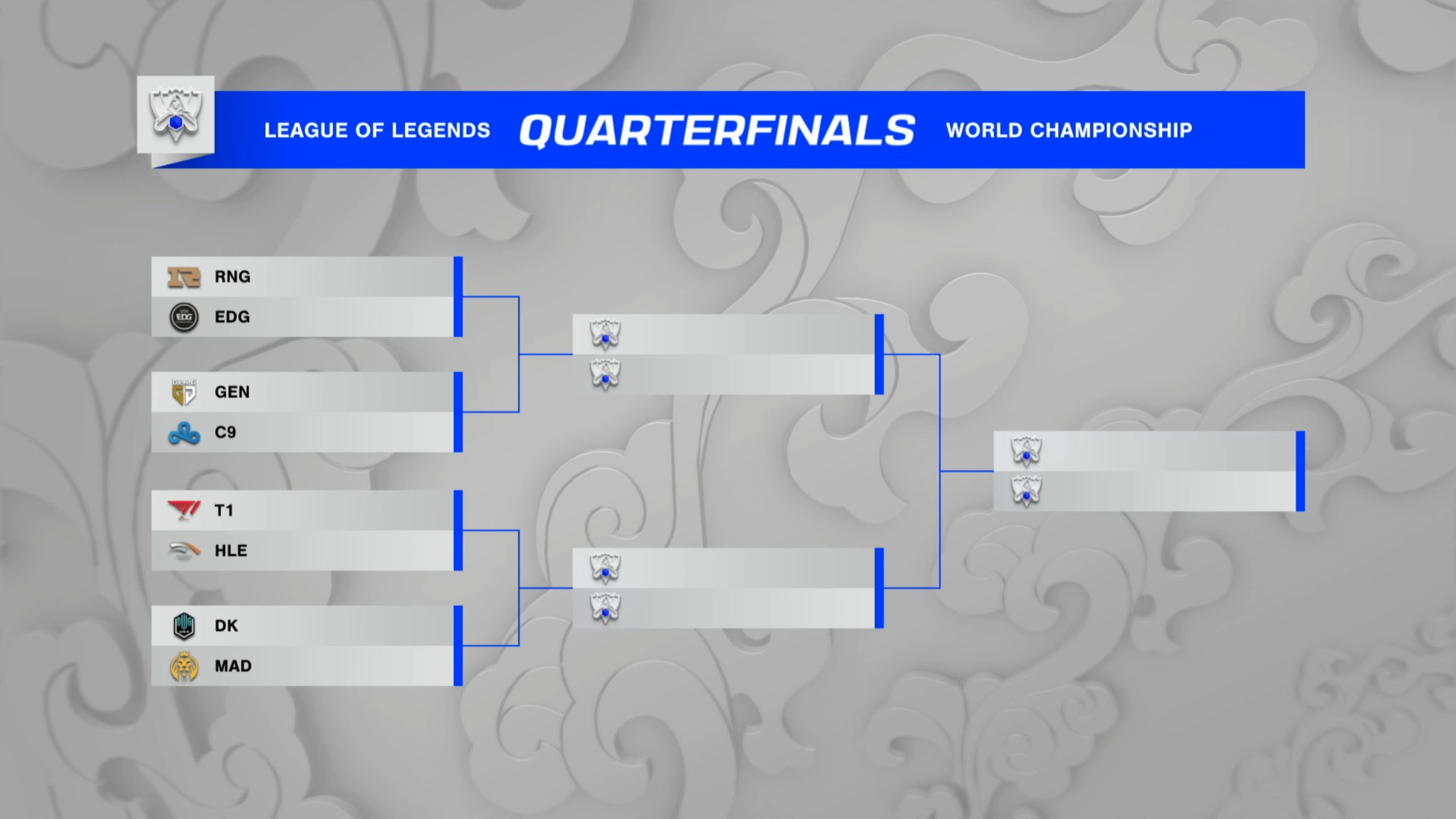 Why is an all-LPL matchup being casted by a single LPL caster in Lyric? LPL teams play an absurd number of games per Split, it is impossible to follow the League closely if you are working full time in another region. Kobe and Phreak are both seasoned veterans, but I can't help but wonder how much better of a cast we would have had if this was an LPL tri-cast instead.

Semifinals just exacerbated the issue. Games should obviously be split between the available talent, without overloading a small number of casters. But why did we have Kobe and Phreak commenting EDG vs GEN with Lyric, while the LCK derby in T1 vs DK was casted by 2 LEC and 1 LCS caster? 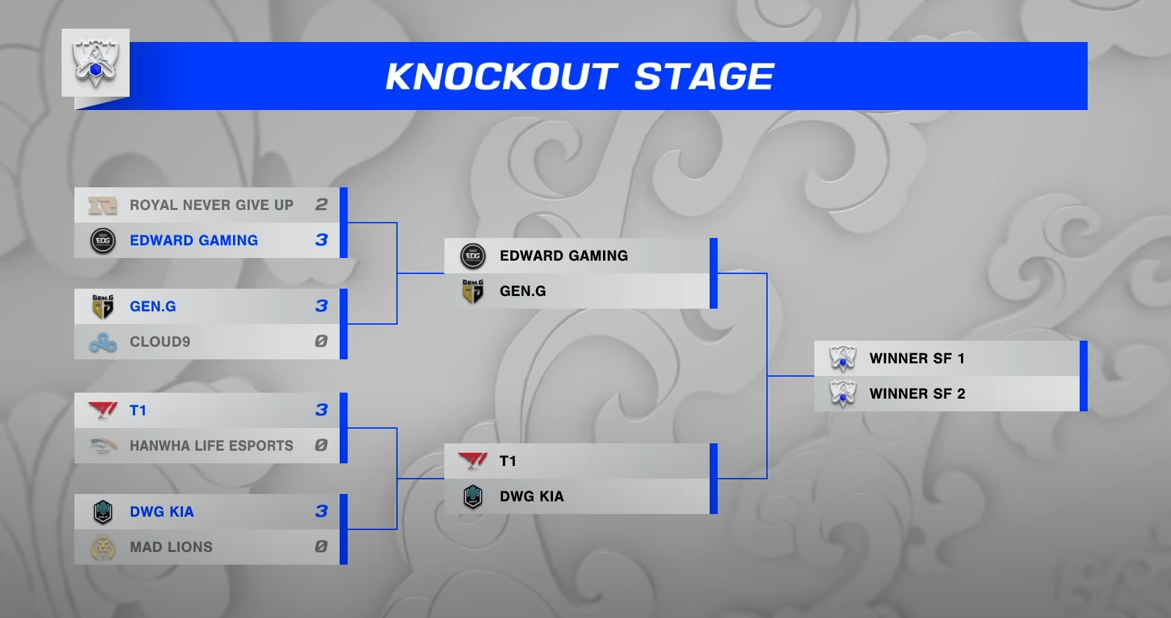 For three reasons: there simply aren't enough LPL casters present at the event to cover the amount of LPL teams competing in playoffs. Although Riot brought the 4 members of the LCK English broadcast, Valdes only casted the play-in games so the entire available line-up had just casted a quarter-final match. And to conclude, the caster mix-ups made no sense. Lyric, Kobe and Phreak worked wonderfully as a trio. Two veterans of the job with an expert of the region. Why wasn't a similar trio created for the two all LCK games? And why create these problems at all when you could've just used Valdes for the entire event and brought one or two more LPL representatives?

Worlds 2022 is just going to be worse in this aspect, hence the criticism. This is what the talent looks like by region this year: Again, these are all incredibly talented people that deserve their spot in the World Championship, but if you want to bring these many LCS and LEC representatives, that cannot be at the cost of LCK and LPL talent. Let's take the viewership argument. LEC and LCS are the more English-centric regions, right? Yes, but it's not so simple anymore. 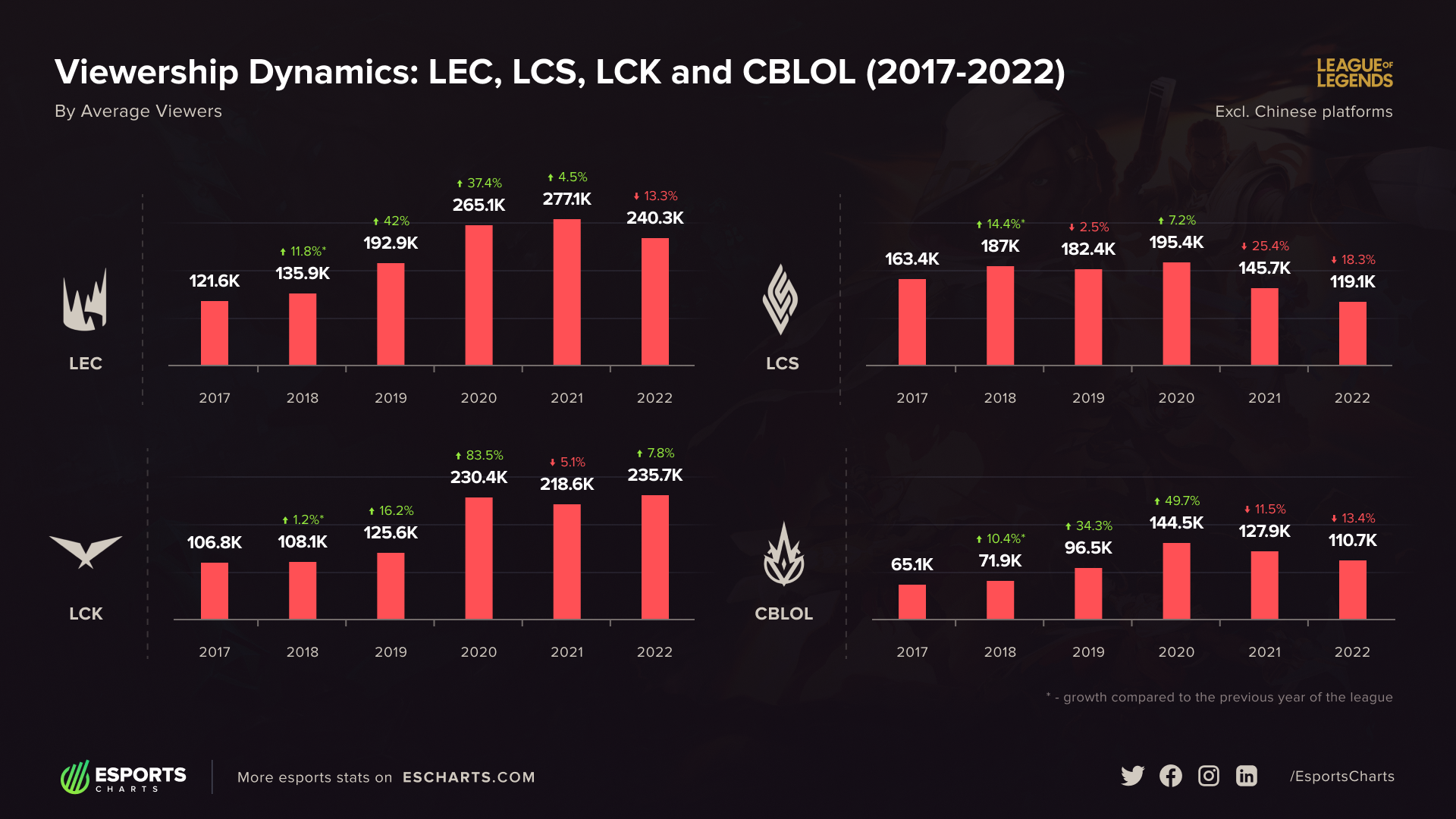 Consider this, according to ESCharts, the peak viewership for LCS Summer 2022 was 307k in the C9 vs 100T finals. JDG vs TES, over in the LPL, had 281k peak viewers, obviously excluding Chinese viewership. LCK English viewership reached a record number of 471k concurrent viewers this year. 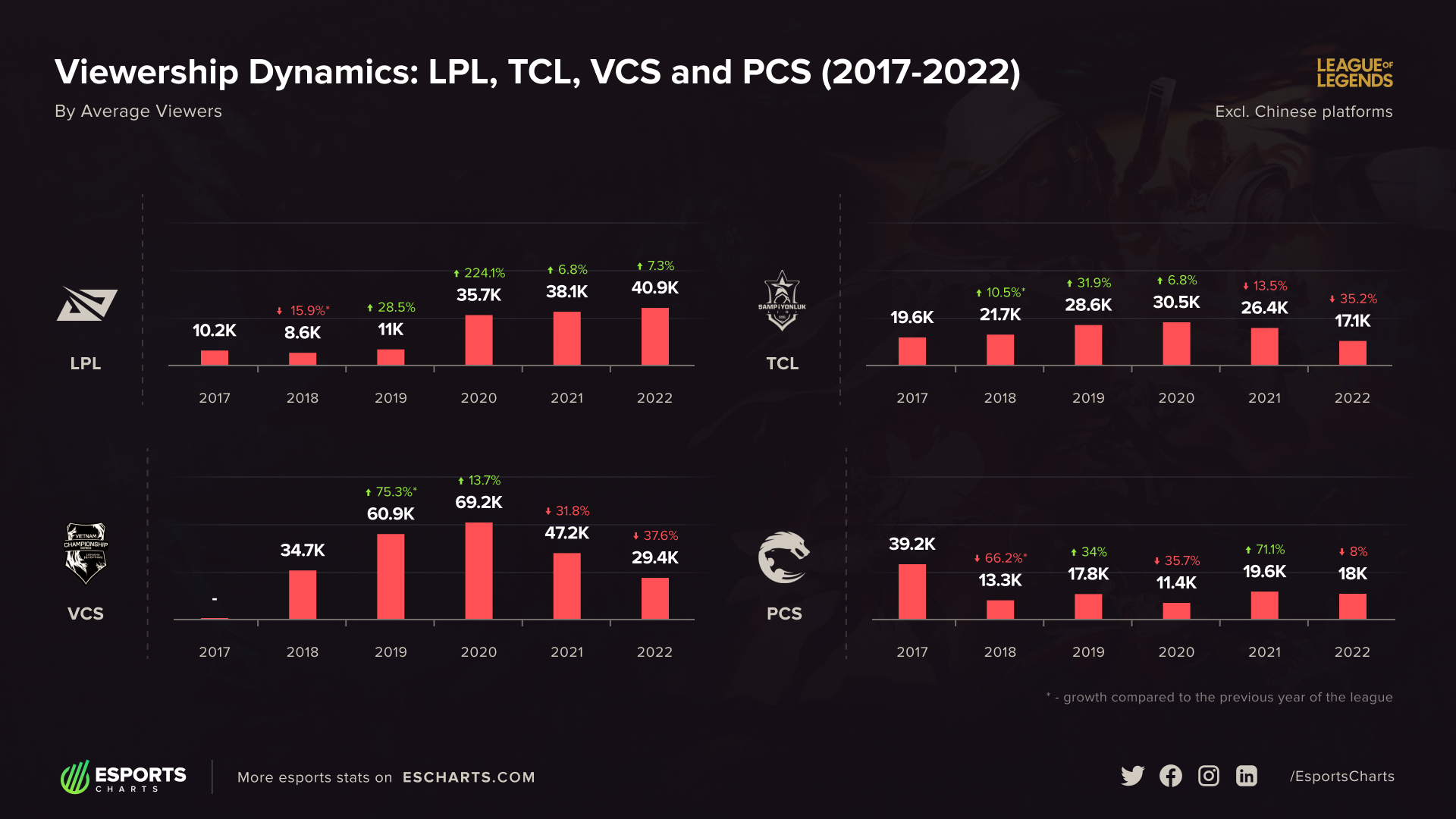 Even if viewership was the argument, how can the LCS bring 10 representatives while the LPL brings 3 and the LCK 2? They might still slightly take the viewership lead when it comes to the English broadcast, but that gap is steadily closing.

Now let's look at the real argument: the regions that will be the protagonists of the tournament. Worlds 2018 changed the international landscape when Invictus Gaming took the first Summoner's Cup to China. The Korean hegemony ended and the war between the two regions broke out. LPL took the cup home in 2019 again. Then the LCK fought back with a 2020 win. Last year, despite Damwon being the favourites, EDG took another trophy in the name of the LPL. You know what has been the most consistent aspect of these past three World Championships? Western teams do not make it. Worlds 2019 was the exception that proves the rule. Three Western teams made it into quarterfinals. G2 managed to make it all the way to the final match, but the remaining LEC representatives failed in the first stage of playoffs. LCS had zero teams make it out of groups. 2020 was a further Western failure. Two European teams reached quarters, G2 made it through but lost in the Semis. No LCS teams made it out of groups. 2021 was a better tournament for NA, but worse for the West in general. C9 and MAD made it into quarters, yet none of them even reached semis. So now I ask, why do we need so many LCS representatives if only one team from their region made it into knockouts in three years, and if that team lost immediately?

I am not asking for a reduction in LCS or LEC representatives in the tournament. Worlds 2022 lasts more than a month. If you want to bring the entire LCS cast and most of the LEC people, do so. Especially in North American stadiums, that makes sense. But do not forego bringing the representatives of the two best regions in the World in the process. Riot Games is a multibillion-dollar company. League of Legends is by far their biggest title. Worlds is head and shoulders above any other competition under their umbrella. There is no justification to not go all-out for this tournament. Keep the 10 LCS and 7 LEC representatives in the broadcast, but do not leave Wolf, Valdes, Aux, Hysterics and Munchables sitting at home while the teams they know better than anyone are fighting in the most important matches of the World Championship. Images courtesy of Lolesports and Escharts. If you enjoyed this piece, follow the author on Twitter at @mushwrites. For more League of Legends content, visit our League of Legends hub.