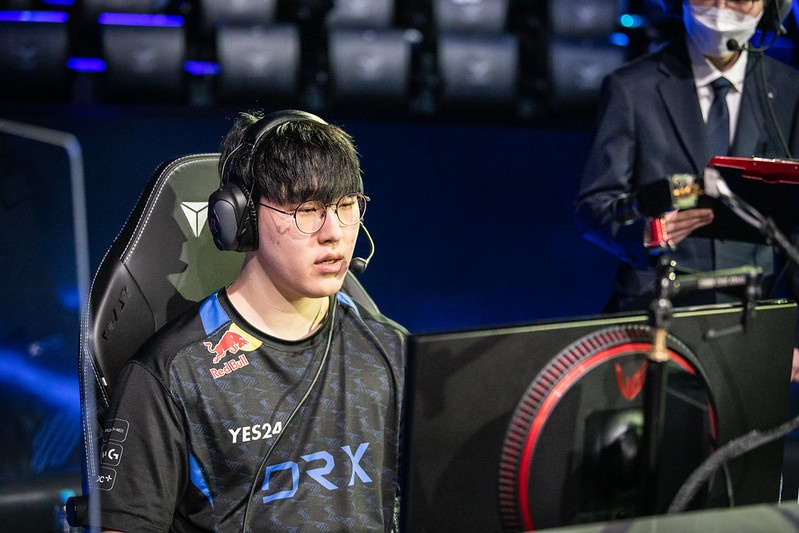 Mush 2022-11-05 06:58:35
Everyone now knows the Faker vs Deft narrative that has been going around and around ever since the GEN vs DRX match ended. It is an excellent story going back more than a decade, so it makes sense to highlight it.  Deft has been chasing this for almost 10 years now. He knows his time as a pro player is coming to an end with mandatory military service, so this might be his true last chance. This might be Deft's Last Dance, but at the centre of the stage sits Zeka, the Protagonist. 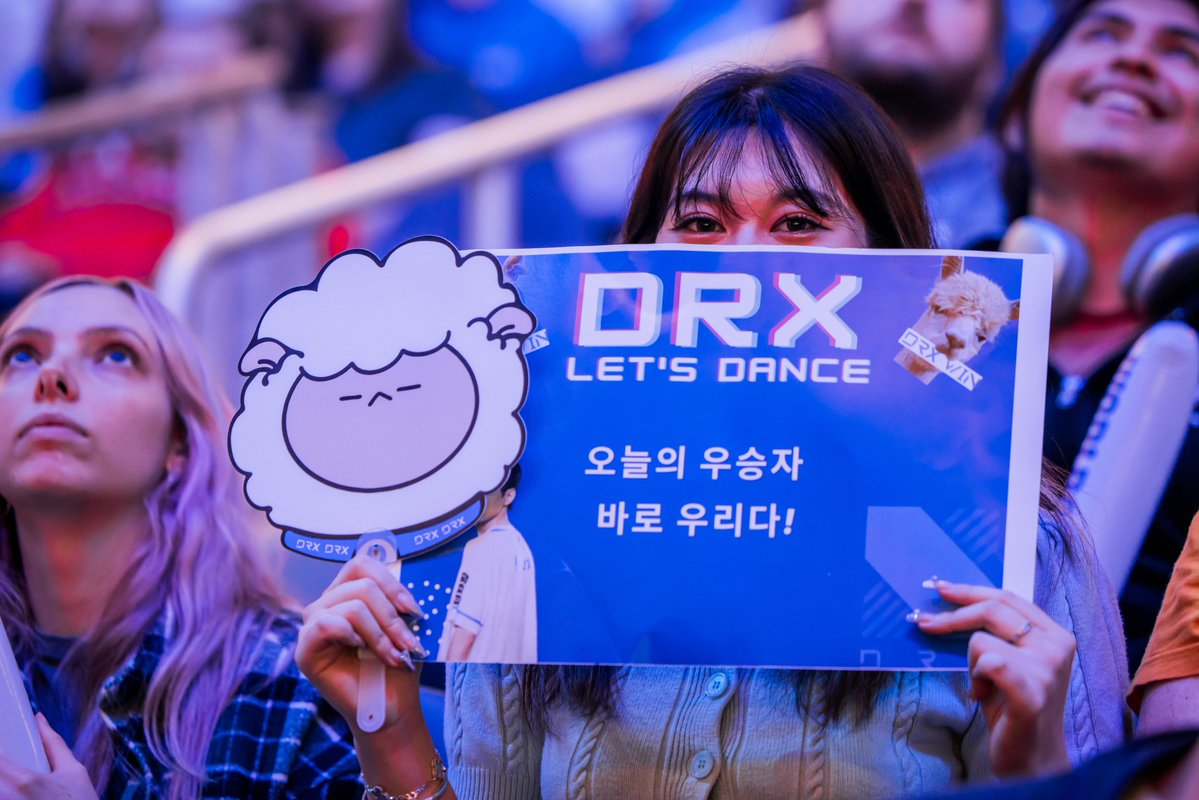 The Finals to ruin all Pick 'ems

This matchup was impossible to foresee. Hundreds of thousands of people have been completing their pick 'ems during the tournament, and not a single person survived the unpredictability it brought. The very few people that still had everything right last week predicted GEN to make it to the finals, as they should've, and lost. T1 is a dangerous squad and a contender. This meta favours them immensely and their roster is unbelievably good. Sure, their Summer Split wasn't stellar, but they were unbeatable in Spring Split. T1 was the overwhelming favourite to win MSI, but RNG took that away from them. Now, they came back with a vengeance. They quickly dispatched the MSI champions in a 3-0 series. JDG, the LPL first seed and favourites to win Worlds? 3-1. Predicting this wasn't obvious, but it wasn't impossible to fathom, either. DRX, on other hand? Beyond impossible. This team was bad. They barely sneaked into playoffs. When they got there, they were dismantled. They weren't even in the Top 3 most expected teams to make it out of the Regional Qualifiers. Yet, here they are. And, let's be honest, it is unbelievably hard to solo-carry a professional game of League of Legends, but they wouldn't have made it here without Deft. The Alpaca carried his team across the finish line with some absurd Zeri performances. 27 kills in the series against Liiv Sandbox. 19 kills against KT Rolster. His companions rose to his level, yes, but he was the driving force pulling them forward. So, yes. DRX wouldn't be at Worlds without Deft. They all rode to the United States on the back of the legendary Alpaca. He wasn't the one bringing them to San Francisco, though. That was the Protagonist.

I know how easy it is to just take the revisionist approach to make a narrative more appealing, but guys, this one really doesn't need any revisionism. It is ludicrous enough as is, don't make shit up. So let's clear something up: Zeka wasn't a "random" or a "nobody". He wasn't a bad player or even a mediocre mid-laner. He is a young, talented man that has been playing League of Legends professionally for 3 years now. As IWDominate pointed out in the latest Powerspike, he had two pretty good years in the LPL. The 19-year-old managed to even finish top 6 in Summer 2021 while in Bilibili Gaming. Zeka was brought into Vici Gaming, the year prior, by legendary coach Kkoma. He has been a pretty good laner since his debut and developed further when he joined DRX in 2022. Yet, let's not go too far the other way, either. He wasn't Chovy, Showmaker, or Faker. He was an excellent laner that had a lot of impact on a few champs, especially Akali and Sylas, but he wasn't a top 3 mid in the region. At Worlds, though, he is the uncontested leading MVP candidate. His Sylas is 6-0. He absolutely dominated Scout on it. His Akali cannot be let through, he makes the champion look ungodly broken. But those aren't the only problems, though. He smurfed on Ahri against GEN, single-handedly winning two Drake fights by catching Ruler off with very creative flanks. His Galio looked great in the final match of that series. Even his Azir has looked better. Zeka wasn't a bad player. He was a pretty good mid-laner. What he has shown so far at Worlds, though, is way beyond that. He has ascended to Super Sayan status and has done so against incredibly tough opposition. Knight, Scout, Chovy. This is a young star battling against the giants that have already cemented their status. And now, the GOAT stands between him and the Summoner's Cup. 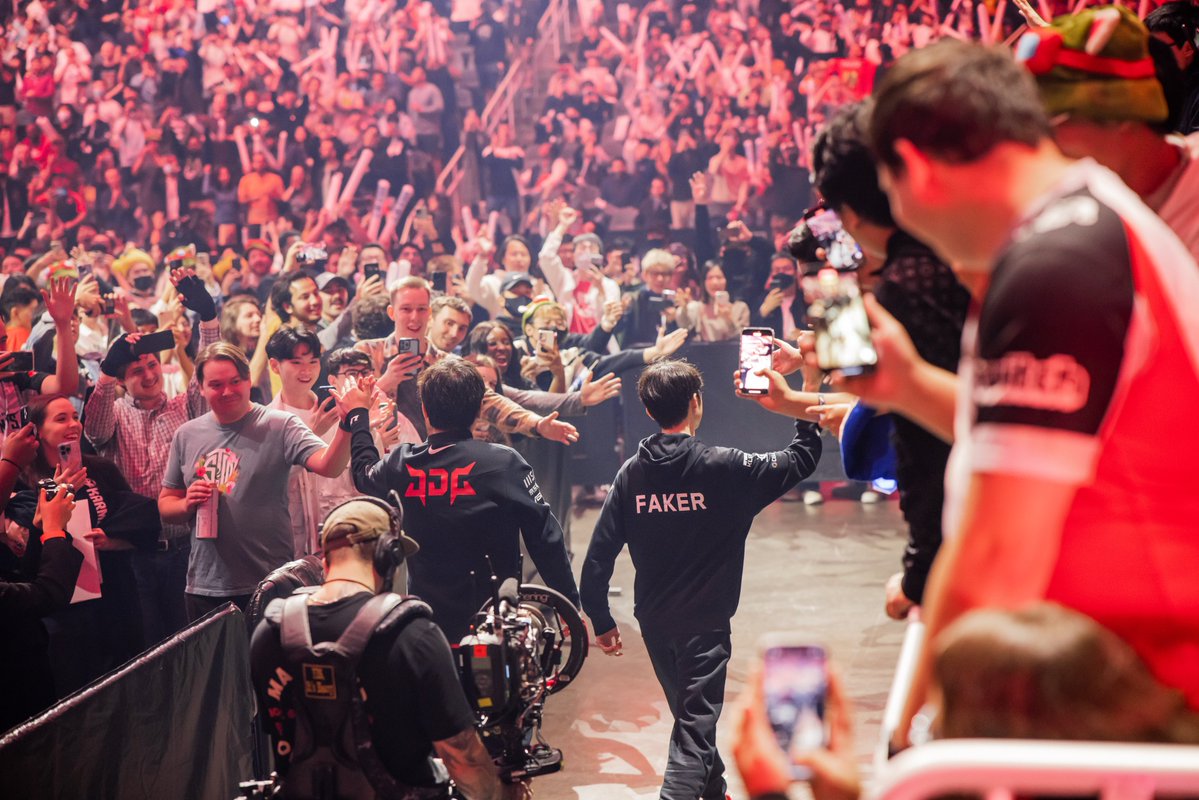 Zeka vs Faker- The Protagonist vs The GOAT

This is the true finals narrative. The matchup will likely decide the outcome of this tournament, and it is everything we could've asked for and more. Faker has a chance to cement his legacy in this new stage of his career. The game has changed immensely, the LPL has risen above any expectations and he is not the young rookie with a killer instinct anymore. This is a new player, a new man. It is a Faker that was forged in the fires of brutal defeats during years of trying to live up to an untenable legacy. This is a veteran and a selfless captain. A leader of young stars that hope to one day reach a fraction of his achievements. And he is facing the Protagonist. Zeka heads into the ultimate Trial by Fire. If he wishes to hold that Summoner's Cup in his hands, he will have to walk through the flames unphased. Ahead of him stands the greatest player of all time. The pressure will be at an all-time high. DRX will still be underdogs, but now people believe. They've seen them pull off miracle after miracle. They've witnessed impossible wins after impossible wins. DRX can win this tournament, and they know it, and that is exactly where the pressure comes from. And no one will feel its weight more than Zeka. The Protagonist has stood tall in the face of every giant that has crossed him in this tournament. Will he stand at the Chase Center with the Summoner's Cup in his hands, or will the weight of the Demon King's legacy be too much to bear? Images courtesy of lolesports | Riot Games. If you enjoyed this piece, follow the author on Twitter at @mushwrites. For more League of Legends content, visit our League of Legends hub.