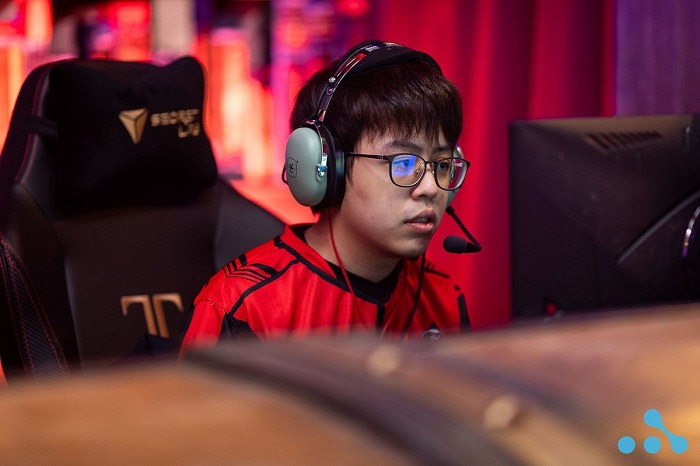 KarY 2021-03-21 10:21:37
Xepher sat down with Esports Heaven for an interview shortly before the ONE Esports Singapore Major, scheduled to begin on March 27, 2021. He talks about the period where T1 was struggling to field a stable roster, 23savage's sudden recruitment, chances of T1 as well as SEA teams at ONE Esports Singapore Major as well as the Wildcards. Hey Kenny. Thanks for taking time out for the interview. Before we begin, I’d like to know about the current demographic of the team. Is the team playing from T1 gaming house in South Korea? Unfortunately because of Covid19 we are unable to play in a boot-camp setting and hence everyone is playing from their own place. You joined T1 late last year alongside Jacky, shortly after Geek Fam shut down its operations. How did your recruitment to T1 come along? After being without a team post Geek Fam, I approached T1 and requested them to give me a trial since my old teammates were also a part of the roster. However, it wasn’t easy as I was competing against another player for the position 4 role but things fell in place eventually and I ended up making it to the roster. Nonetheless, it wasn’t until your ex-teammates Kuku and Whitemon joined, that the team began to show some decent results. Would you base the existing synergy the three of you had at Geek Fam as a factor in the development of the team? I think it’s fair to say that our time playing together at Geek Fam did play a significant role in developing the synergy and understanding among ourselves. So yes, playing together in the past is definitely a factor that has played to our advantage. Congratulations on qualifying for the Singapore Major. You’re in the Wild Card stage where you’ll face strong competition from teams like Nigma, Liquid and others. Considering the single elimination round-robin format, how do you think T1 will fare? Is T1 really up to the mark to challenge these teams? Thank you. I believe and hope that we are able to perform to the best of our abilities. As far as results go, I don’t really think about it that much and focus on just doing our best. Is that another factor as to why 23savage was brought in as a replacement for Jackky, considering the latter has played on the big stage, has more experience and is arguably a tier-1 carry that was available as a free agent? It was a team decision. i just hope that we are able to perform better :) How is 23savage fitting into the team? What’s your practice schedule like and how are y’all preparing yourselves for the Singapore Major? I think 23savage is a good player and fits really well with our position 5. They are also close friends with each other. As far as practice is concerned, we usually practice  2 best-of-two’s per day and try to learn and improve as much as we can. As a position four player, what are your thoughts on the current meta and how would you differentiate SEA from other regions in terms of playstyle? Is SEA leaning more towards the pub game mentality? The current meta is great right now as you can play as a roamer or as a spell caster on position 4 role. Overall, it’s kind of flexible. As for the playstyle, SEA is  leaning towards aggression and more into getting hero kill advantage as compared to other regions. SEA pubs for me are fine at the moment as the mentality is getting better now as compared to earlier. Describe the changes that you’ve seen in the Dota 2 team ever since you joined their ranks. How has the team and/or the playstyle evolved? I feel like the addition of a coach -- March -- in the team has been a very important step in the right direction. Under his supervision, we are able to see what other players are lacking and improving on them. This has changed the general trajectory for T1 in a meaningful way. On a scale of 1 to 10, how likely is it for SEA teams to finish in top 5? Maybe 6.5 hahaha. Alright mate, that’s a wrap. Anything you’d like to say? Thanks to everyone who has been supporting T1 from the start of the DPC until we made it to the Major. Hope you guys continue to support us during the Major as well as in the future. Thank you. You can follow me @Karyb4u. Kindly support us by following Esports Heaven on Twitter and keep tabs on our website for more interesting content. Image credits: