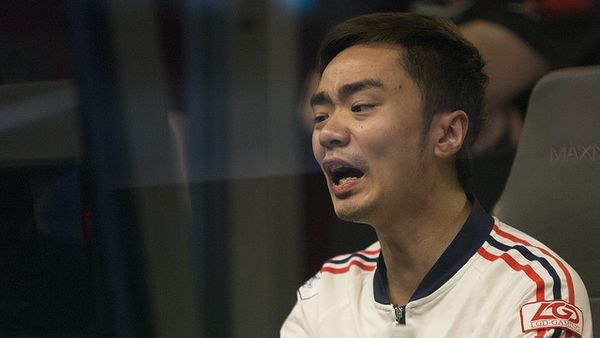 xiao8: “I think a coach is just a helper. The most significant factor of playing well is how the players perform. “

KarY 2018-06-20 05:30:09
more
Chinese regional qualifiers for The International 2018 is almost over, and to say the least, we all have been in for a treat. We witnessed huge upsets with the fall of established teams at the hands of newcomers. EHOME was one such casualty. The Chinese powerhouse with an illustrious history has faced only struggle for the past few years.  A team comprising of extremely talented players such as Tianyu "cty" Chen, Zhiyang "old chicken" Wang alongside two TI6 winners Ruida "Faith_bian" Zhang and Yiping "y`" Zhang failed to make the cut out of the open qualifiers. Further adding to the firepower, Ning "xiao8" Zhang; the legendary captain and TI4 winner was at the helm as a coach. We had the chance to talk to the Director himself about his career as a coach, reasons attributing to EHOME's dismal exit at TI8 open qualifiers, possible roster changes, future plans and much more.

Let’s get directly to the point. EHOME didn’t qualify for the regional qualifiers. To what do you attribute this failure? I think the main reason is they didn’t play as well as how they practiced before. We were able to win [against] all strong teams. We had good communication and professional skills, however, we didn’t play well in the qualifiers. Judging by the performance of EHOME in the open qualifiers, it seemed like the team was not performing together as one unit. Where did things go wrong despite having one of the best mid players in China and two TI winners? I have been EHOME’s coach for only half of a month or so. I am not sure why the players didn’t play as a team due to time restraints. You mentioned that EHOME didn’t show their full potential in the qualifiers as they showed in scrims. Were 2 weeks of preparation time enough to train the team in an efficient way? Tell us about how the training period went; what all was done in terms of preparation? We had meetings to discuss about the teams every few days after I came to be the coach. I gave suggestions to them when we were doing ban/picks, as well as in the middle of each game. We also analyzed meaningful replays after practice. It seemed like we didn’t have enough time. We did some progress in training but didn’t perform well in the qualifiers or showcase the same synergy. rOtk stated that players and organizations were at fault for not being more active or involved during the year. He mentions that the competition has gotten more fierce and competitive and expecting a change within one or two months will simply not work. Tell us your views on this in detail. I think a coach is just a helper. The most significant factor of playing well is how the players perform. For example, LGD did really badly in the first half of this year, however, they did such a great job after changing the players. As a matter of fact, different players could have different “chemical reactions” with each other, but a coach always does the same work. rOtk also mentions that China is lacking good captains right now such as PPD or Solo. Do you think that’s true? What about fy, faith, Fenrir, etc that have been doing an admirable job so far? I have to disagree because I don’t think China is lacking good captains. The current lot of Chinese captains have good leadership skills and are capable of being good coaches as well. Yes, at times one team fails to perform but the blame doesn't necessarily goes to the captain. Vici Gaming has two of EHOME’s players—namely, LaNm and eLeVeN—on loan. Do you think they’ll return as players back to where they belong and help shape up EHOME’s fortunes? Honestly speaking, I don’t know. It all depends on what they decide [ sic ]. That won't stop us from working hard towards our goal. EHOME was expelled by ACE for recruiting a player under contract with another team that prevented them from participating in official ACE related tournaments. Adding fuel to fire, EHOME landed in more trouble when they acquired two Wings Players: Faith_bian and y’. Now that ACE has disbanded and no longer has control over anything related to Dota 2 since Valve announced Dota Pro Circuit, in which ways do you think the Chinese scene will shape up? It’s really difficult to say. There are both advantages and disadvantages to this change, however,  one cannot say for sure. We will have to wait and watch. The new DPC season has no limit on roster locks and multiple team ownership has been prohibited from participating in the same tournament. How do you think it’ll affect the scene in general? I think the new season is fabulous. It won’t make a big difference to Chinese [teams], but it obviously can give more chances to new teams and help grow the tier 2-3 scene in general. The number of tournaments has halved from the new season. Is that a good thing? I think it’s good news. The quality of tournaments will increase. The teams won’t have a super big strength difference and the audiences will actually be more excited as I suspect that they were a little bored for the matches last season. Who do you think is going to win The International 8? Name top 3 contenders for the title in your opinion. So far: LGD, Virtus.Pro and Team Liquid are the top 3 contenders for the crown. Are you ever going to play again or will you stick with coaching? No, I've never thought about going pro again. I will continue being a coach and contribute more towards this role. Thank you for the interview. Any shout-outs? Thank you all the fans for your support. I will focus more on being a coach in the new season! Feature image credits: Liquipedia Die-hard Dota 2 lover at heart. Reading and writing are not just hobbies; they're my life. Family man, ardent esports follower and a boring personality. If you would like to know more about my work, you can follow me at KarY.