Breaking: Crowd Control, a Reddit Feature that Forces the Direction of Conversation on r/LeagueOfLegends

Izento 2020-05-20 04:33:44
more
The constant tug-of-war between users and moderators on r/LeagueOfLegends is a tale as old as time. This has extended to content creators and journalists as well. From refusing to acknowledge that Richard Lewis broke the news of Echo Fox’s problems with racism, and even encouraging journalists to plagiarize his story without reference to his source work, to the removal of Kotaku’s article about the underlying problems of sexism within Riot Games; the evidence is condemning that the Reddit moderators have put a stranglehold on content. As with many articles discussing important topics, this will also be banned from the subreddit, as it discusses the subreddit itself, but the irony is not lost on me. ”The true patriot has nothing to fear from the Songbird” - Bioshock Infinite

The moderation abuse has now massively become more sinister for moderators to direct discourse and quell unwanted discussion, as there is now a new feature at their disposal, aptly called Crowd Control. This function creates a rule set which automatically collapses comments, regardless of their number of upvotes, on the basis that it's either a new account, has negative karma in that subreddit holistically, or the user hasn’t subscribed to the subreddit. These rules are adjusted based on a slider, which the moderator can adjust. This feature, as of December 10, 2019, was placed in beta and subreddit moderators could request to be added to the list to try this new feature out on the subreddit they moderate. The gravity of this feature has even greater implications on Reddit as a platform, but for now, let’s just focus on one beast at a time. 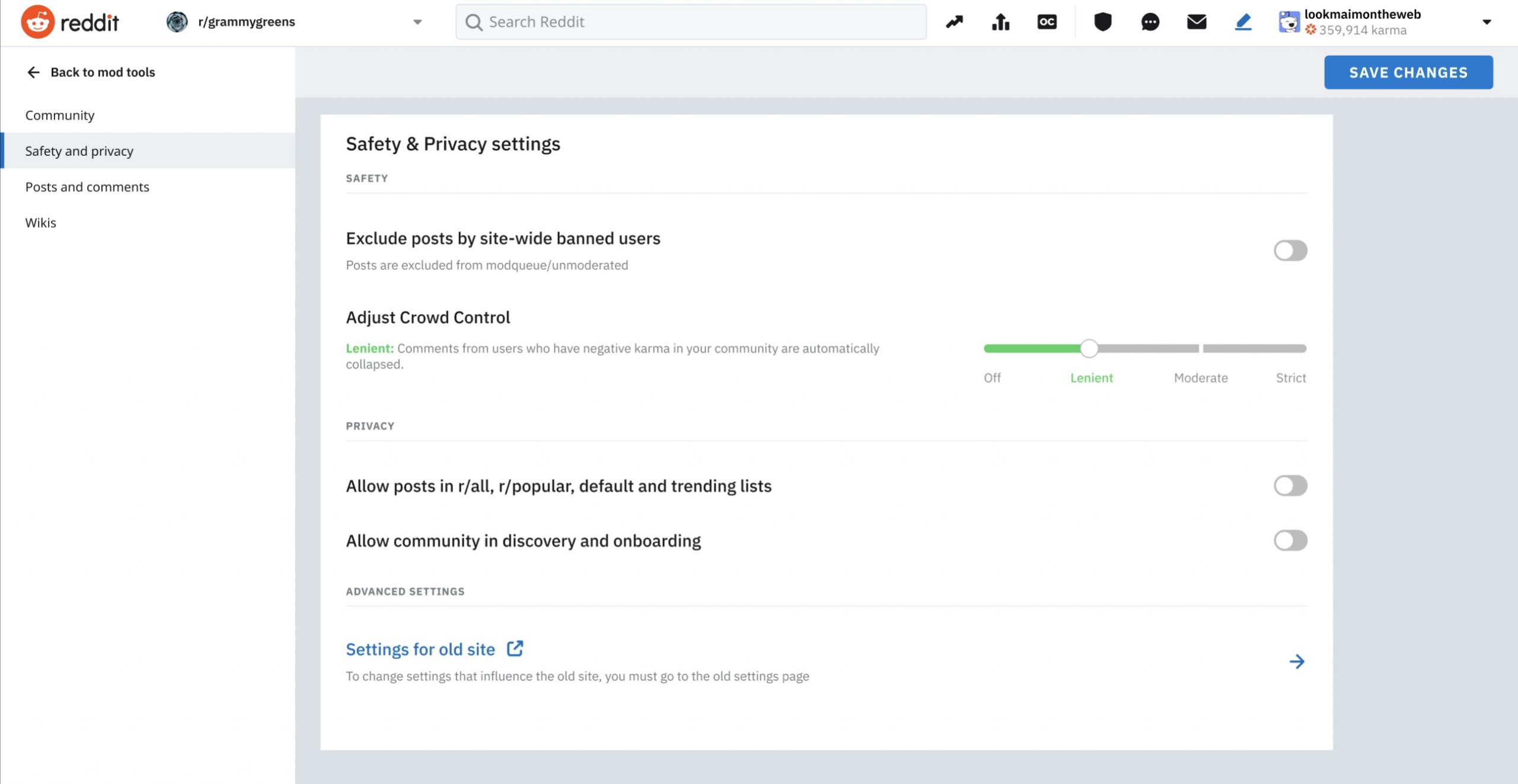 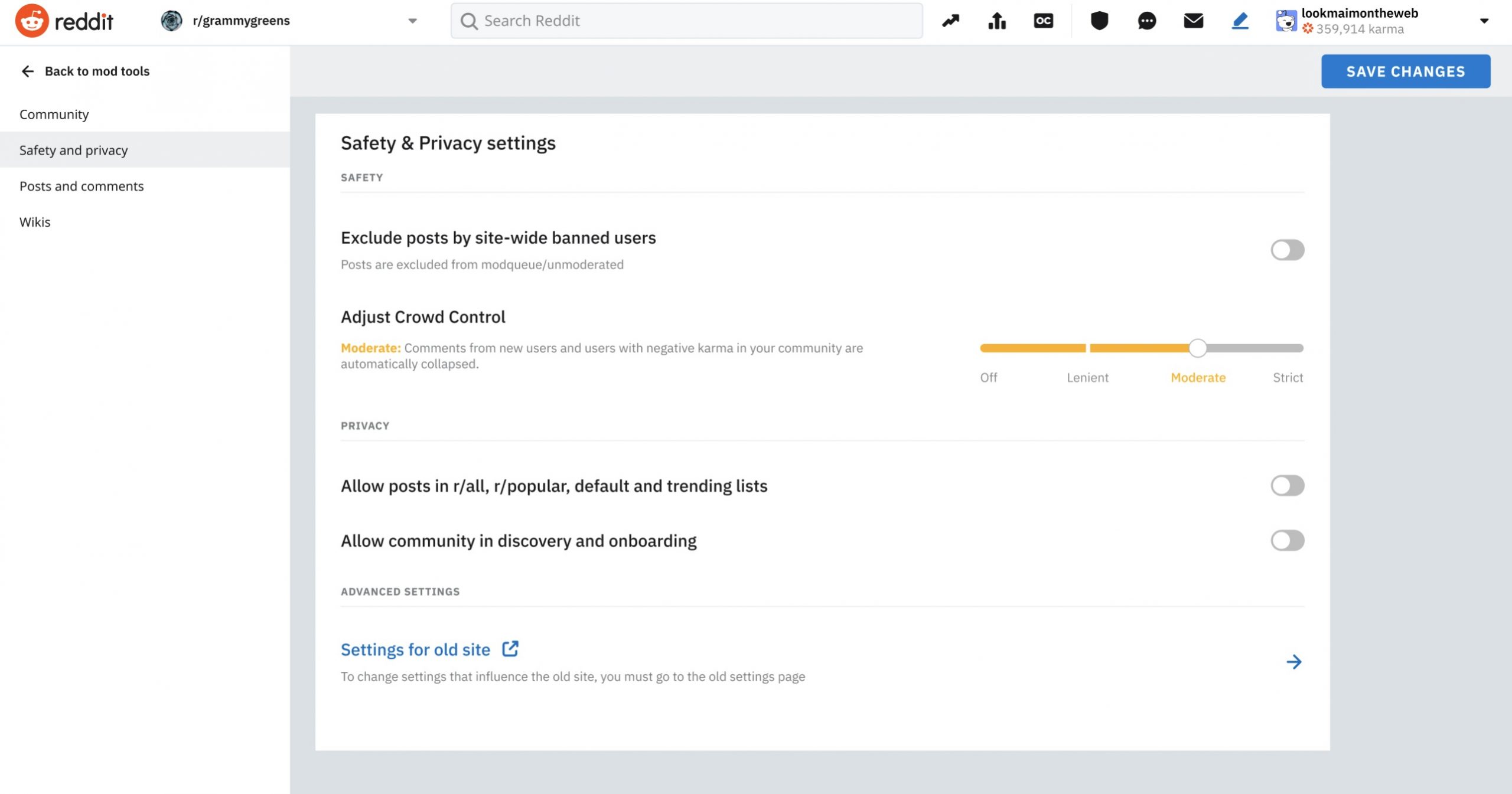 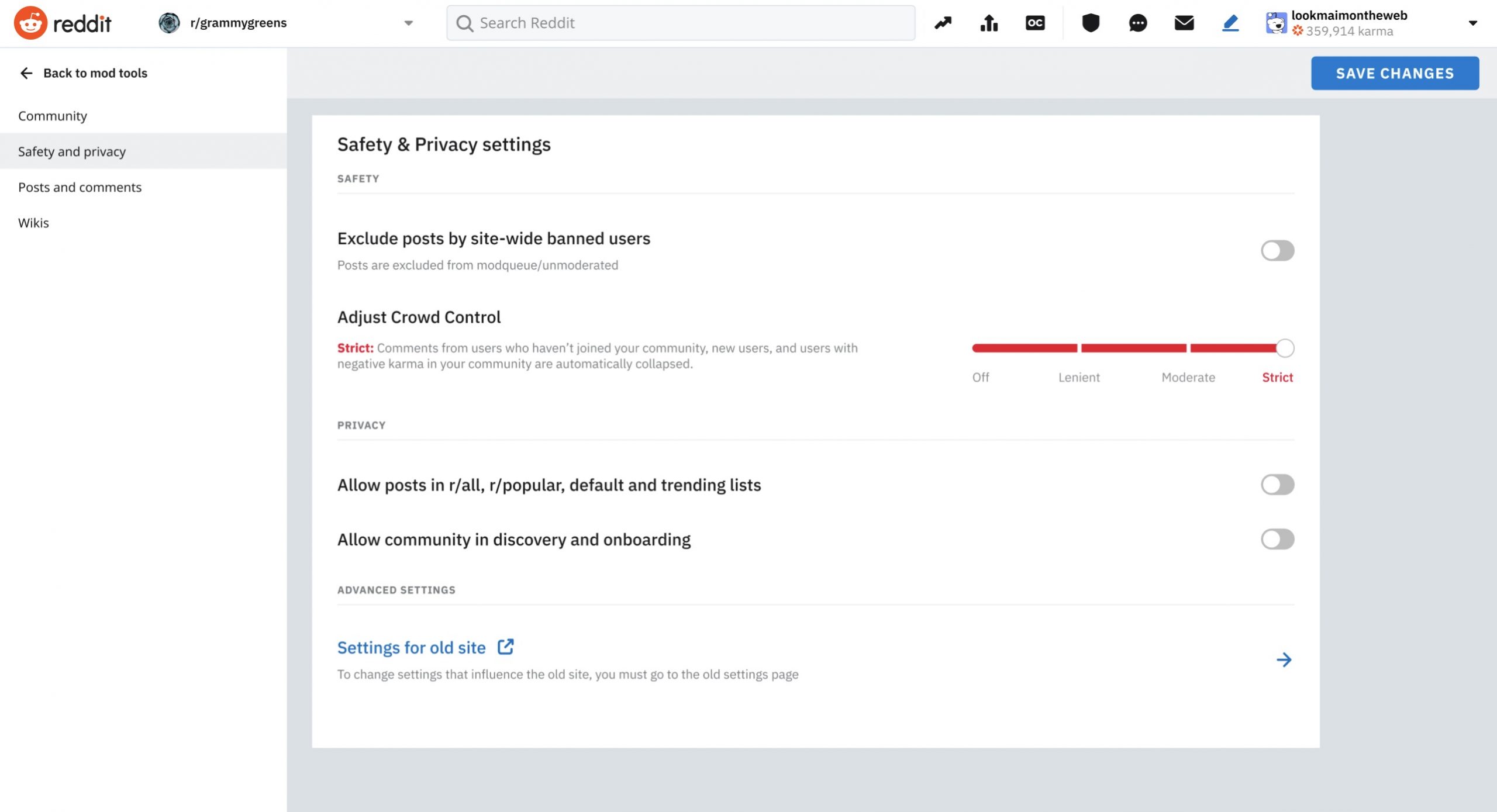 While the new Reddit function is disgusting in terms of censorship, it’s also bizarre (but not unexpected) that r/LeagueofLegends moderators would gleefully jump at the chance to use this feature. This is a clear attempt to ostracize certain viewpoints within the community under the guise of preventing brigading—a definition in which Reddit administrators even admit is “nebulous” and inconsistently enforced—while also presenting several problems with the function itself. The most alarming part of Crowd Control is the function also conveniently added a feature to collapse any single comment they deem unsightly. Not only that, but moderators can even whitelist specific users so that they aren’t throttled by Crowd Control. 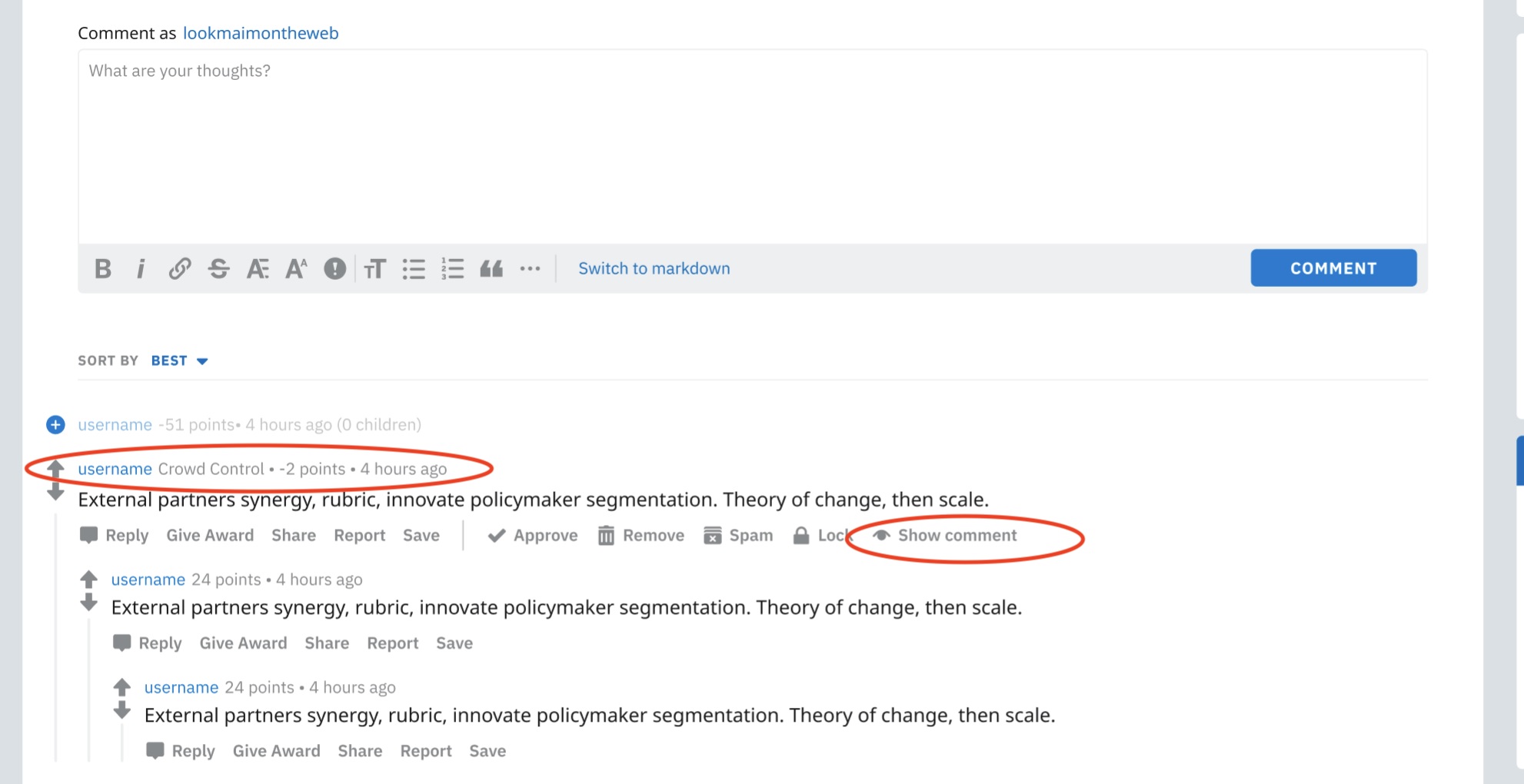 The first instance of its use, as far as I could track down, was in a thread titled “There’s some irony that as Fiddlesticks I am horrified of someone invading my jungle”, where user mmestemm’s commented about a mismatch of Fiddlestick’s lore compared to his gameplay, which was collapsed by default, on May 9th.

This seems innocent enough, as it’s not necessarily a touchy subject, and the user does not in fact participate on r/LeagueofLegends to a great extent. However, this effectively doesn’t even get to the bottom of the rabbit hole considering Reddit administrators allow moderators to retroactivate Crowd Control so that previous comments that might have been made while moderators were inactive are collapsed. Additionally, it is also strange that this power has been recently abused given the light of recent events on the subreddit with player and team drama, but conveniently the retroactivity is there to cover their tracks.

This is the first instance in which I had noticed a collapsed comment, with an absurd 1981 points upvoted. At initial glance, one would think there was a minus sign in front of that number. This comment is in the post “Leaked on DL’s Stream: It’s not up to me no one wants to pick up Dardoch”.

As things started to heat up on r/LeagueofLegends, the tipping point comes with Cloud9’s video featuring Montecristo, Thorin, Locodoco and Barry, skyrocketing to the front page, discussing the recent fiasco involving TSM and the discussion about conflict of interest within the team. Further in the thread, there are several collapsed comments with massive upvotes, yet have been essentially hidden due to the Crowd Control setting. While this news of Crowd Control could seemingly not get any worse, head moderator Hoosakiwi discussed the function, while also denying that it’s under his control, replying to a redditor, “nothing we can do about it. :/”. 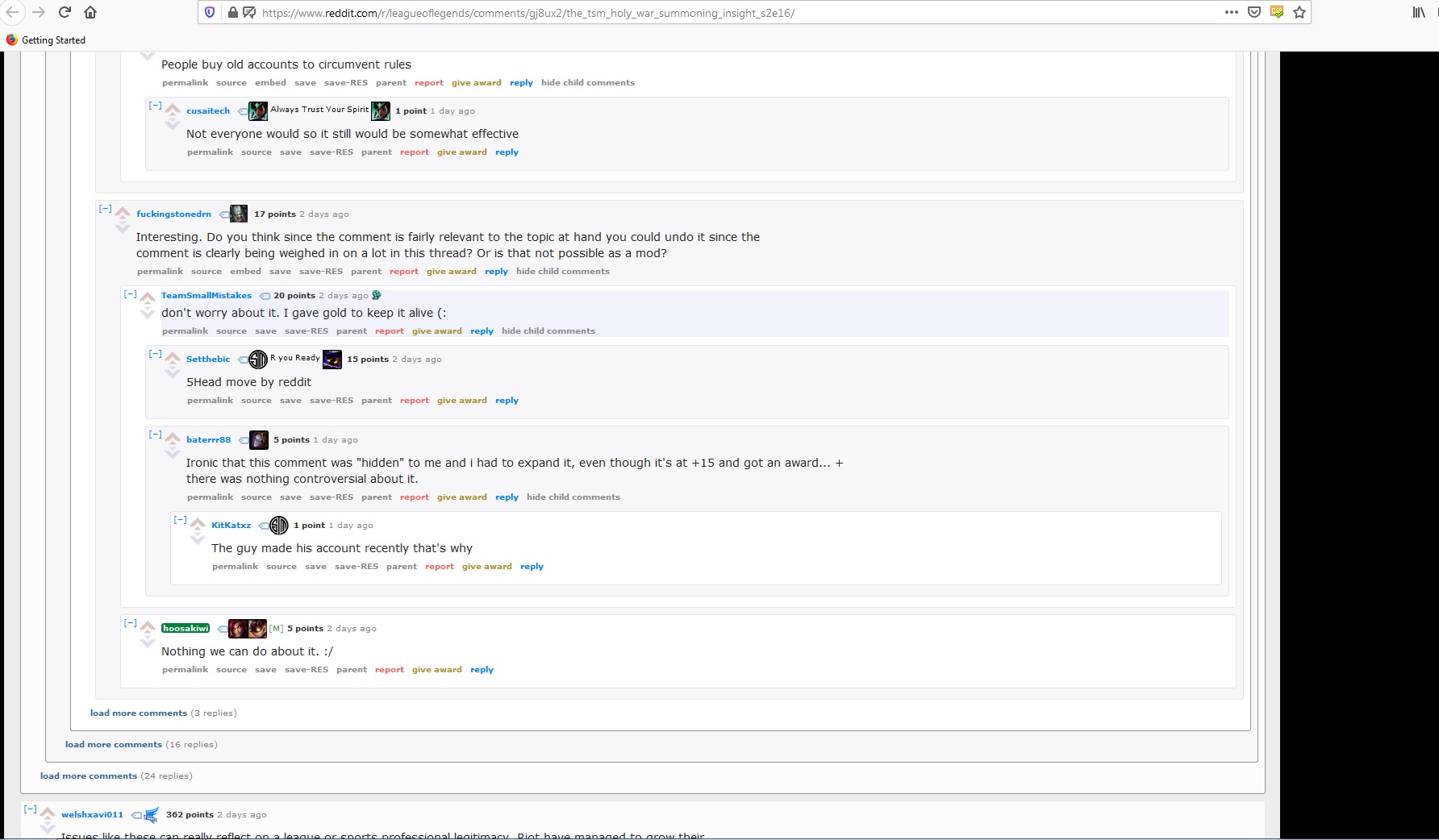 Clearly a blatant lie, Hoosakiwi has portrayed the Reddit Crowd Control setting as something that is out of his control and is in fact a part of Reddit’s functionality, yet as I looked into whether this was the case, I found several subreddits that haven’t had this function enabled at all, and what’s worse, that there are several Reddit users which have their comments collapsed yet also meet the criteria to avoid the automatic collapse. Not pictured is Reddit user ArcDriveFinish, having 94K karma (more than me actually), been in r/LeagueofLegends for over a month (or more), a Redditor for seven years, yet in the “The TSM Holy War” thread, he has the comment: “It's not even about PR. Anybody who is not out of touch will realize how stupid the "apology" sounded. And there was a clear lack of communication between Leena and Reginald where both posts contradicts each other. Well, one of them is lying. The problem is TSM is an echo chamber where anybody who points out problems gets silenced and excommunicated. The subreddit is a blatant example of that.” This comment was collapsed by default, yet his credentials seem to tick all the boxes to not get collapsed, alluding to the idea that r/LeagueofLegends moderators have picked specific comments to collapse. What makes this story even more confusing is that he has additional comments in that thread which were not collapsed, pointing towards his outstanding comment drawing the ire of r/LeagueofLegends moderators. Along with that, Reddit user Freedom_for_Fiume has also had their comments recently collapsed by default. 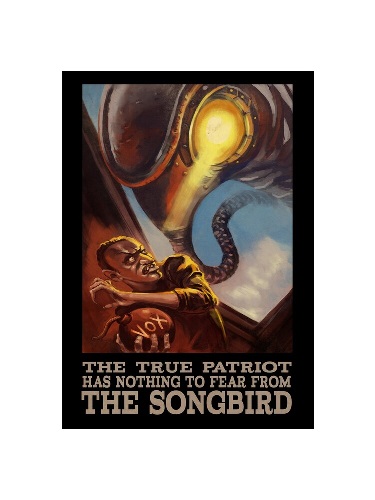 This situation is appalling due to the fact that it further perpetuates an echo chamber (which Reddit already is), as users who repeatedly get downvoted for dissenting comments are even more disincentivized to comment against the common community sentiment for fear of being throttled by Crowd Control. Not only does this act as an invisible police force, but those that end up suffering from the Crowd Control setting essentially are part of a prisoner island scenario, in that if you are placed into this “prison”, it’s going to be very difficult to get out of due to your comments being collapsed. The state of r/LeagueofLegends and quite honestly, Reddit as a platform, is in obvious dire need of help as there are now more restrictions on what is allowed to be said on the subreddits themselves. The suffocation of content and comments is readily apparent and Crowd Control further extends to the silence of free speech and journalism. While I also do not want this topic to be subject to the idea that maybe Reddit moderators are in collusion with Riot or any teams, there is still a motivation from the moderation team, whether prompted by others or by their own volition. But hey, not strange at all that Hoosakiwi (along with the rest of the r/LeagueofLegends moderator team) is also the moderator of r/Valorant, which was personally given to him by Riot before the game’s release, and also moderates r/News and r/ShittyJournalism. Oh, and Valorant Redditors, don’t be surprised when Crowd Control gets enabled on your subreddit as well! ___ Izento has been a writer for the LoL scene since Season 7, and has been playing the game since Season 1. Follow him on Twitter at @ggIzento for more League content.