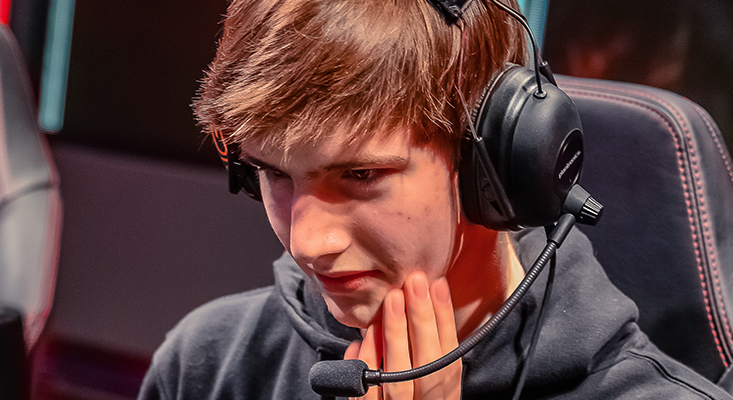 Two weeks ago, Meet Your Makers mid laner, Marcin “Kori” Wolski left Germany only several days prior to the start of LCS. At the time, it was uncertain as to where he was going and why his leave was so abrupt; however, after some investigation, it was reported that Kori was in North America and was attempting to play with Challenger team, Roar. Allegedly, though, MeetYourMakers was seeking an one year ban from competitive play on the player. After investigation, sources close to EsportsHeaven have said that there is more to the situation.

MeetYourMakers picked up the Supa Hot Crew roster and would now be housing and running the team, of which is competing in the LCS 2015 Spring. In addition, MYM would be adding Cho "H0R0" Jae-hwan, formerly of Millennium and SKT Telecom T1 S, in the jungle and Nicolai "Nisbeth" Nisbeth in the support role.

On top of the lack of payment from Supa Hot Crew, Wolski was unhappy with the situation of the current state of the MeetYourMakers team. Specifically, he was upset that H0r0’s English was lackluster and did not allow him to be able to properly communicate with the team in-game. Because of this discomfort, Wolski reached out to other EU LCS team, H2K in hopes that the team would trade, Ryu "Ryu" Sang-wook, for himself. This move would have put Wolski out of the environment that he was and is extremely uncomfortable in, but would still allow him to compete competitively in Europe. After expressing his interest to MeetYourMakers management, specifically Sebastian “Falli” Rotterdam and Damir "NeStli3k" Dedic, Kori was met with some unfortunate threats.

Notably, Rotterdam threatened Wolski, that he if he left the team (of which would void his contract), that he’d be sued. Rotterdam claimed that he’d make sure that Wolski’s mother would lose their family home, as Wolski is underaged and had to sign alongside with his parental guardian. This threat was fortunately recorded via audio on Wolski’s phone, a recording that EsportsHeaven has obtained.

Alongside this threat, Rotterdam also threatened that if Wolski left, that everyone at the team (staff included) would lose their jobs. The manipulation from team management onto the player, of which is all recorded, was and is extremely prevalent.

My name is Marcin Wolski, Selfie/Kori of MeetYourMakers. I am emailing you to tell my side of the story.

As you know, MYM has the same management as SHC. For my time at SHC, I was not paid last 3-4 months (aswell as my teammates) and I was unsure of the going into MYM.

Leading to the days to my departure, I talked to Khaled and Falli that I wanted to leave the gaming house. I was not happy there, and I later became scared hours before my departure. I say scared because Falli threatened and promised that I would lose my house if I left. During these tasks, Falli would lose his temper and hit the wall or slam doors. I am only 17 years old in a foreign country. I did not know what to do.

To me it was obvious I was being manipulated to stay, as multiple times amir and Falli both said that if I left, MYM would be ruined. The entire team would lose their jobs, and without them h0ro would not be able to get a visa.

I did not want to cause problems with Riot or MYM. But I really did not know what to do. I felt so scared under MYM management (especially after they promised i would lose my house). I don’t want anyone to feel hurt by my actions, but should I need to say when I do not feel safe?

I also have voice recordings of all everything I am saying.

Thank you very much and I am sorry again for not notifying Riot earlier. I am happy to talk with Riot about anything. Marcin.

Due to the circumstances, Wolski panicked. He left the MeetYourMakers house on January 21st, as it was reported by Daily Dot; though, it was uncertain as to where he was going. Several days later, his League account was spotted on the North American server, under the name “jeg vil comeback”. It turned out thath e was living in Vancouver, British Columbia, Canada and that his intentions were to play NA Challenger team, Roar.

Wolski was told by MYM CEO, Khaled Naim, that he would not be allowed to play with Roar or any other team, for that matter, due to his contract with MeetYourMakers.

we strongly believe that contracts need to be followed

and yours was one of the better esports contracts I've seen”

However, Roar’s CEO, Eric Wong, spoke with someone at Riot Games, about a week earlier, and Wolski playing for the team in the Challenger Qualifiers was not a breach of contract with Riot nor MeetYourMakers. It turns out that what was said to Wolski by Khaled was a lie and Wolski could have played with Roar, but only in the Challenger Series.

Unfortunately due to the threats from MeetYourMakers, Wolski returned to MeetYourMakers for Week 3 out of fear. He came out on the MeetYourMakers’ website with a statement, of which can be found here. After, Khaled schemed with Wolski of how to cover the situation to make both ends seem in the right.

He is currently playing with the team; however, the problems are still there with the team. When approached, MeetYourMakers CEO, Khaled Naim, had this to say to EsportsHeaven.

Kori plays since 1st January for MYM so we have nothing to do with SHC. Kori left the house and explained it already what the reasons were. I never threatend Kori lol