Trading banned for Dutch community in Dota 2 and CSGO

KarY 2018-06-20 08:30:35
In a new development, the Dutch Kansspelautoriteit, an independent administrative body tasked with protecting consumers against gambling addiction in the Netherlands has issued two notices to Counter Strike: Global Offensive and Dota 2 developer; Valve, stating that the 'loot boxes' in the steam marketplace is in violation of the Dutch Betting and Gaming Act. In the statement issued by Valve, they've hired a Dutch legal counsel so as to learn more about the Dutch law and further examine the Study into loot boxes published by the Kansspelautoriteit. A simple excerpt has been shared from the letters issued to Valve that can be read below:

Until an apt legal resolution is not found, Valve has decided to disable trading and steam marketplace transfers for CS:GO and Dota 2 items for Dutch customers. What is a loot box? A loot box is a consumable virtual item which can be redeemed to receive a randomised selection of further virtual items, ranging from simple customization options for a player's avatar or character, to game-changing equipment such as weapons and armor. A loot box is typically a form of monetisation, with players either buying the boxes directly or receiving the boxes during play and later buying "keys" with which to redeem them. Community reaction:

A player confirming on the trade being disabled: 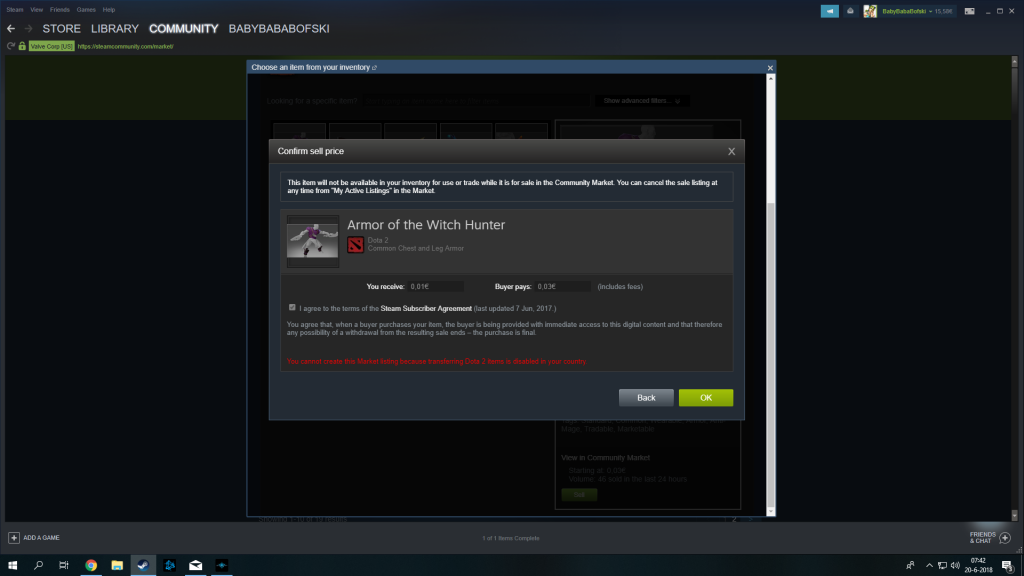 Tell us your views on this topic! Source Feature image credits: Wikia